Jennifer Aniston's hair has 'gone through a lot of thrashing'

Jennifer Aniston says her hair has ‘gone through a lot of thrashing’.

The former Friends actress locks have taken a battering over the years and that’s why she wanted to launch the LolaVie’s Glossing Detangler.

The 52-year-old star – whose character Rachael Green was known for her various hairstyles in the 90s sitcom, including the signature bob dubbed The Rachel – told Allure: ‘I love a really good detangler because my hair has through so much thrashing.’ 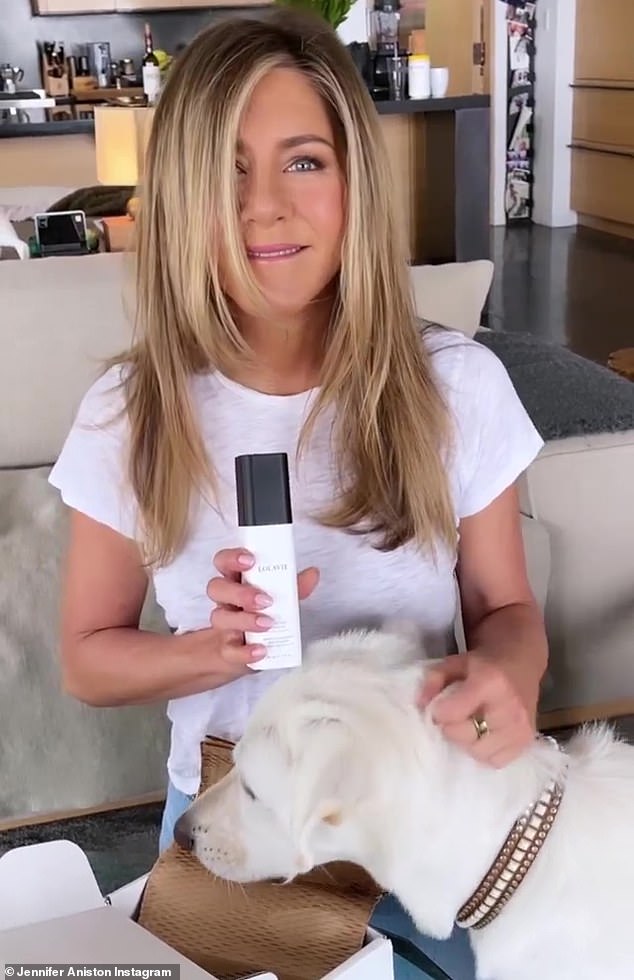 Blonde: Jennifer Aniston has said her hair has been thrashed over the years. Here she is seen this week before talking to Allure 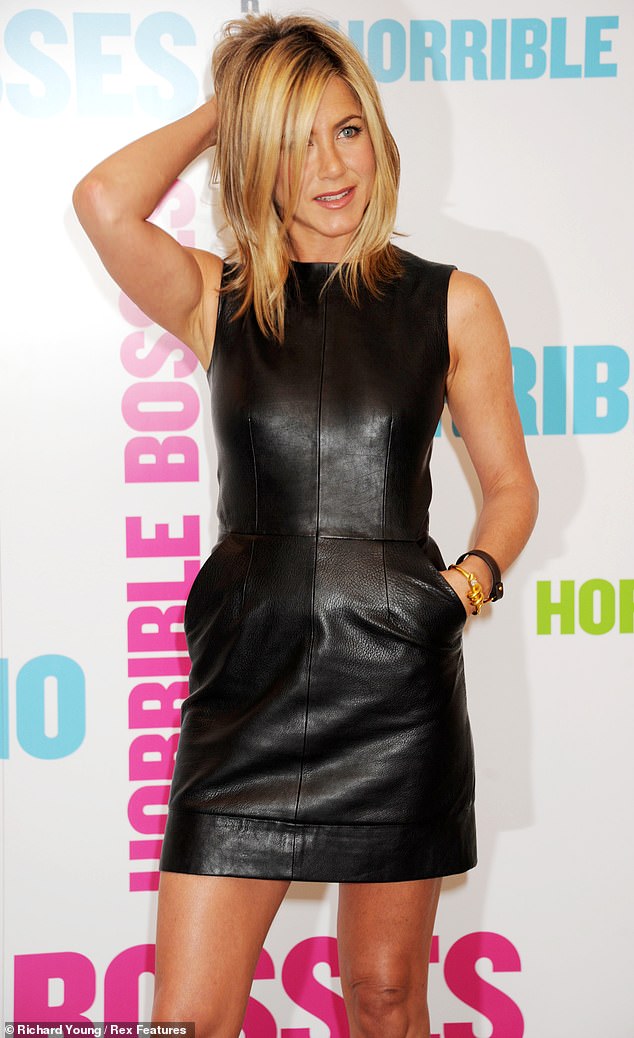 Blonder: Her very light hair at the Horrible Bosses premiere in London in 2011

The Morning Show star wanted to create a product that is ‘time-efficient’.

She explained: ‘We’ve been in development for almost five years.

‘I had been involved in another hair company [Living Proof] years ago, and that’s where I got the bug to go behind the scenes of ingredients and the process of development and marketing and all of that. 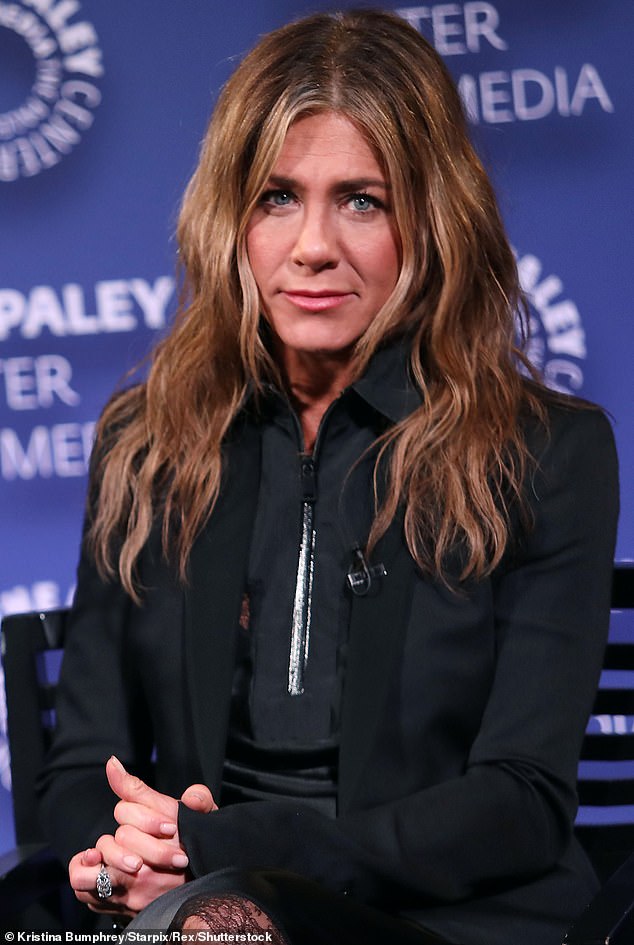 Brunette: Pushing her TV series The Morning Show in 2019 in New York City 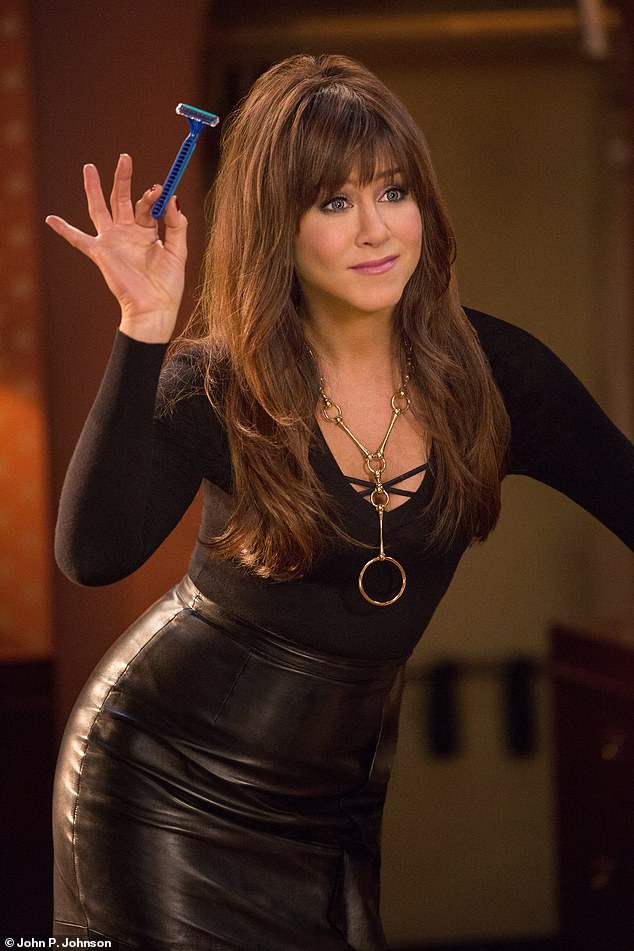 Hot stuff as a chocolate brunette: Seen as Dr Julia Harris in Horrible Bosses 2 (2013), however she may have worn a wig or extensions for this movie

‘I love a product to have many jobs in one, so it has a heat protector and shine, and it’s so time-efficient.’

She explained how it entails ‘basically washing and conditioning it, putting the detangler on, brushing it through, putting it up in a towel for 10 minutes, and then I either blow it out or let it dry naturally.’ 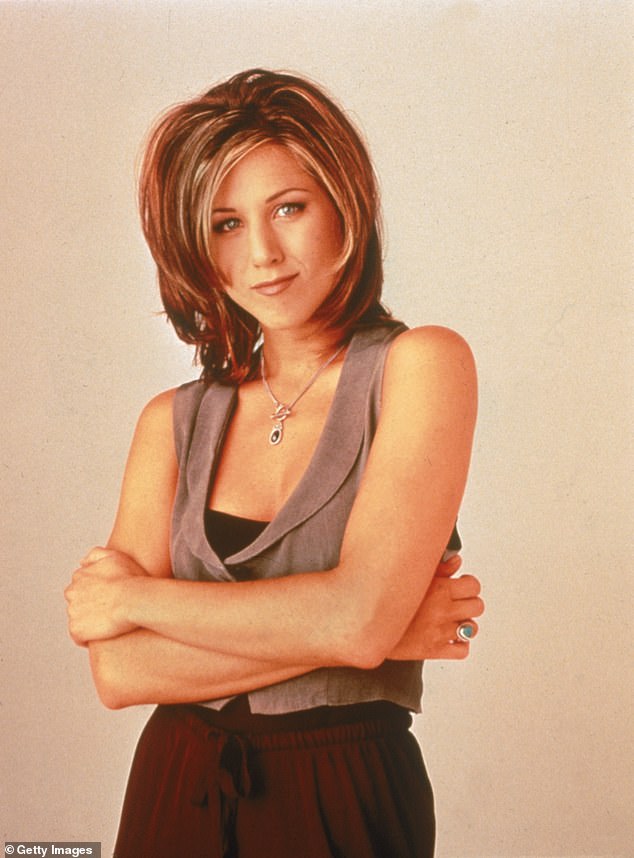 Highlighted: When she wore The Rachel hair style for Friends, she had lightened locks

The Hollywood star said that the inspiration to release a detangler came from making her ‘biggest’ hair’ faux-pas when she was a teenager, lobbing off her waist-length locks.

She said: ‘There’s not one strand that’s doing the same thing. I had this incredible head of hair that was long and straight and down to my waist. And I always wanted to cut it.

‘[My mom] said, ‘When you’re 13, you can do whatever you want.’ And that was the biggest mistake I ever made because I cut it all off.’

LolaVie is planning to launch a range of products. 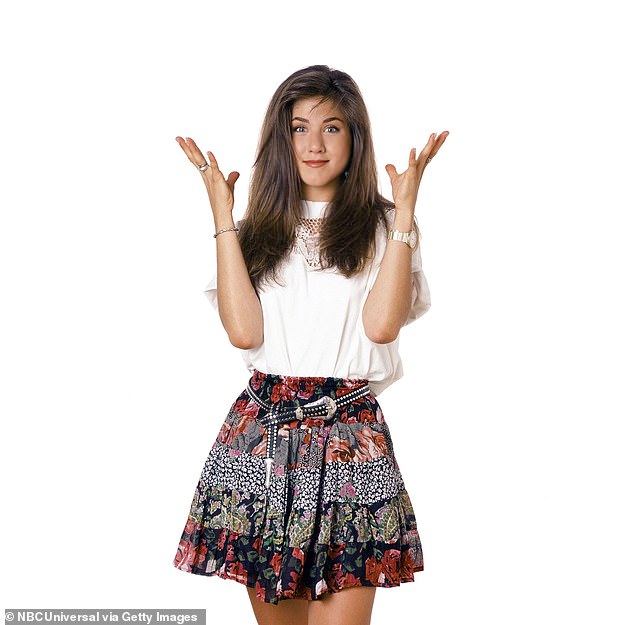 The early years: With very dark brown hair to play Jeannie Bueller in the Ferries Bueller TV series in the 1990s