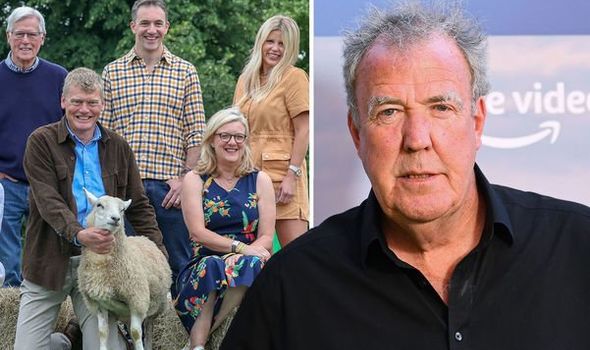 Last week, a large fire brought down a power cable which brings electricity from France to Britain. The incident added further woes to the UK’s struggling energy sector amid fears prices are set to soar.

In his latest column, Jeremy Clarkson, 60, shared his thoughts about the situation and couldn’t resist taking a swipe at Countryfile stars.

He wrote: “We haven’t even built our new nuclear power station yet because the few eco-loons who aren’t currently glued to the M25 are running about on the ­proposed site finding voles.

“Anyone with half a brain could have seen this coming.

“That if we nail our colours to the mast of green power, events would inevitably gang up to ensure that one day, we’d have none at all.”

He went on to say that he wasn’t so sure about power cuts not being on the cards.

The Grand Tour star listed everyday things which could be affected, such as computers, wifi and equipment used by doctors.

He added to The Sun: “The only people who’d be unaffected are the woodland weirdos you see on Countryfile who make a living by boiling wood to make hoes.”

Jeremy went on to say that while there would be “some downsides” to having no energy, he remembered the power cut from 1974, which, he claims, “wasn’t all bad”.

It’s not the first time the car enthusiast and farmer has said something negative about the show.

In a previous column with The Times, he discussed the highs and lows of running his own farm and how the weather and Brexit had affected his progress.

Following a delay, his show I Bought The Farm came to screens last year and has since been recomissioned for another series.

Jeremy acknowledged that autumn had been the wettest since 2000 and that 2020 saw the “driest May on record”, which affected his crops.

The ex Top Gear star went on to say he relied on weather advice on Countryfile to get back on track, but this backfired.

He added: “In the ‘what’s the weather got in store for the week ahead’ segment, the forecaster said high pressure was on its way and we could expect clear skies, temperatures in the mid-twenties and light winds.

“The next day it was cold and wet, and I was furious. To you, inaccurate weather forecasts don’t matter.

“The worst consequence is you have to abandon the barbecue you’d planned and move inside, but to a farmer they are critical, so I have a plea to the Beeb’s weather people: if you don’t know — and at the moment you don’t, because the transatlantic pilots on whom you rely for information are all at home learning how to make sourdough bread — admit it.”

The farmer then said he sought advice from neighbouring farmers, who urged him to be patient and not to expect a heavy harvest of barley, wheat or oilseed that year.

Speaking to Express.co.uk, he said: “I’ve got endless advice I could give him.

“He needs to slow down and plan a little bit before he goes piling in buying things and doing things and then regret it afterwards.”

He went on praise Jeremy for showing the ups and downs of farming and insisted he was doing a good job.