Her 31-year-old sister shared the love in the comments, writing, “Always love spending time with you as well! 🥰.” Fellow reality star Carlin Bates gushed, “You all look so beautiful! 🥰🤍.” 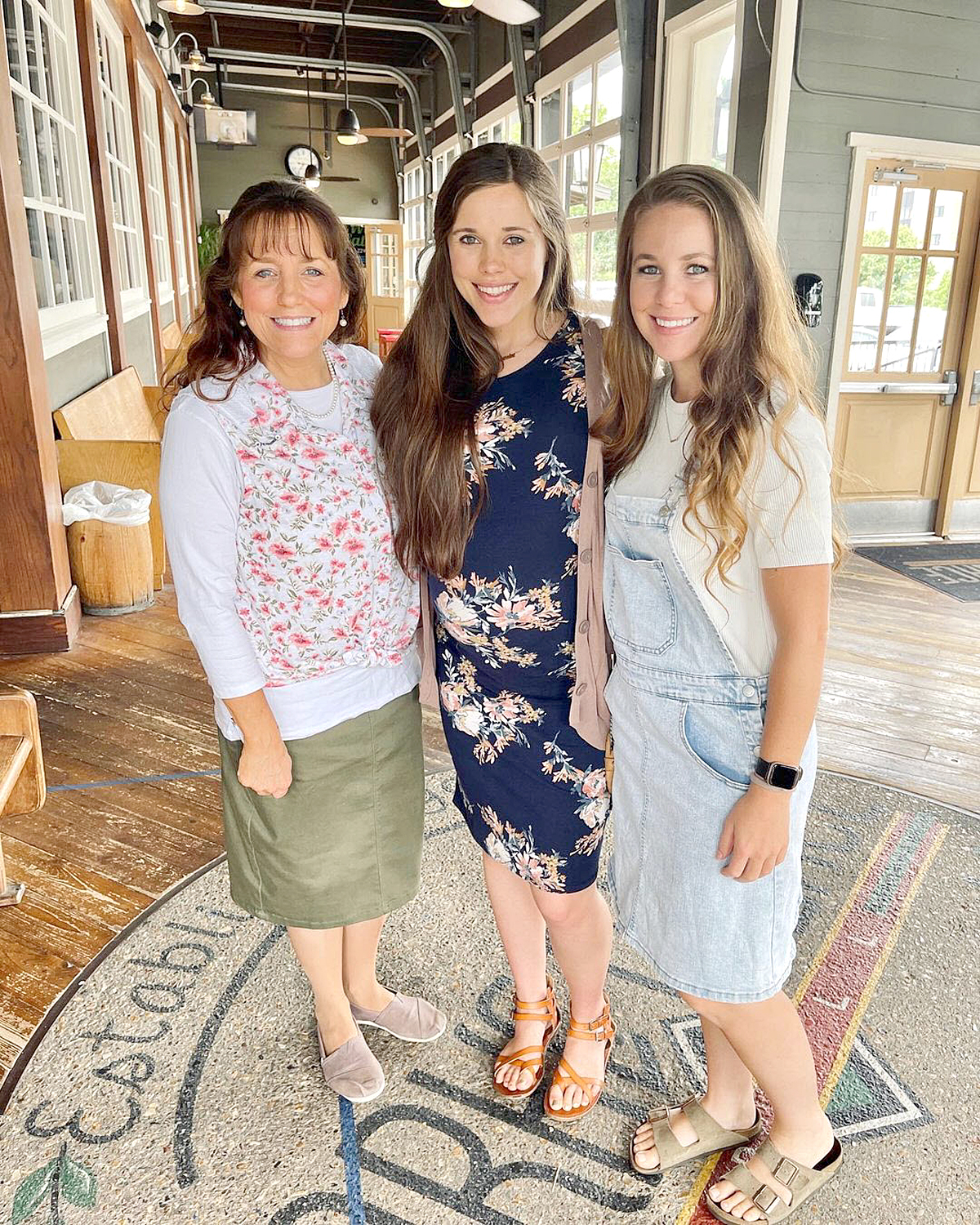 Jessa got her start on TLC’s 19 Kids and Counting (originally 17 Kids and Counting) with the rest of her family members in 2008. The series aired for seven seasons until its cancellation in 2015 following Josh Duggar‘s molestation and cheating scandals. Later that year, Jessa and several of her siblings returned for Counting On, a spinoff whose early episodes focused on Jill Duggar and Jessa’s growing families.

TLC confirmed on June 29 that they would no longer be working with the Duggar family. “TLC will not be producing additional seasons of Counting On,” the network said in a statement to Us Weekly. “TLC feels it is important to give the Duggar family the opportunity to address their situation privately.”

Two months before the network pulled the plug on the spinoff, Josh was arrested and taken into custody in Arkansas. The 33-year-old was booked on charges of receiving and possessing child pornography, and during a virtual hearing in April, his lawyer pleaded not guilty on his behalf.

The Duggars: A Comprehensive Guide to the Famous Family

Following the political activist’s initial hearing, TLC issued a statement addressing the controversy. “TLC is saddened to learn about the continued troubles involving Josh Duggar,” the statement noted. “19 Kids and Counting has not aired since 2015. TLC canceled the show on the heels of prior allegations against Josh Duggar and he has not appeared on air since then.”

Josh, who’s currently awaiting the arrival of baby No. 7 with wife Anna Duggar, was originally held without bail. In May, he was able to request his release on bond, with his attorneys arguing in court docs at the time that Josh was “neither a risk of flight nor a danger to the community.” Us later confirmed that Josh was approved to live with pastor Lacount Reber and his wife, Maria Reber, for his home confinement stay after his release from custody.

The former reality TV personality was expected to begin his trial on Tuesday, July 6, but a judge recently granted his request to extend the trial date. Pretrial proceedings will now kick off on November 18, with the trial set for November 30. If Josh is convicted, he faces up to 20 years in prison and $250,000 in fines for each count.

Earlier this month, Michelle, 54, and husband Jim Bob Duggar acknowledged the end of their time on TLC amid the family’s ups and downs.

“It is hard to believe that more than 17 years have passed since we were first contacted by a production company wanting to do a one-hour documentary about the logistics of raising 14 children,” they noted in a statement on their website on Saturday, July 3. “Our family has grown (and grown up!) before our eyes and on national television, and the journey has been miraculous—following God is an exciting adventure!”

Duggar Love! Relive All of the Family’s Courtship Beginnings

The couple, who have been married since 1984, said sharing their family’s story was an “amazing honor,” although it came with “some of the most difficult and painful moments our family has ever faced.” They did not specifically address Josh’s recent arrest.

“We are full of deep gratitude for the love shown to us and the prayers of so many who have sustained us both now and through the years,” they continued. “We look forward to all the new adventures and endeavors that may come our way, and with so many grown children and wonderful grandchildren, we know our love will only continue to multiply!”

Jessa, for her part, has not publicly spoken out about the show’s cancellation.