‘I did know it would be something that people felt very passionately about’: Jodie Turner-Smith reveals how motherhood helped her overcome backlash to her role as Anne Boleyn

Jodie Turner-Smith looked incredible as she graced the cover of Glamour’s first ever hair edition on Thursday while reflecting on the public reaction to her latest role.

The actress, 34, commanded attention as she sizzled in striking gold jewellery and swimwear as she celebrated black hair and discussed her portrayal of the former Queen of England, who was beheaded in 1536.

Speaking with the magazine, new mum Jodie detailed how she overcame the backlash to her being cast by focusing on the bigger picture and motherhood. 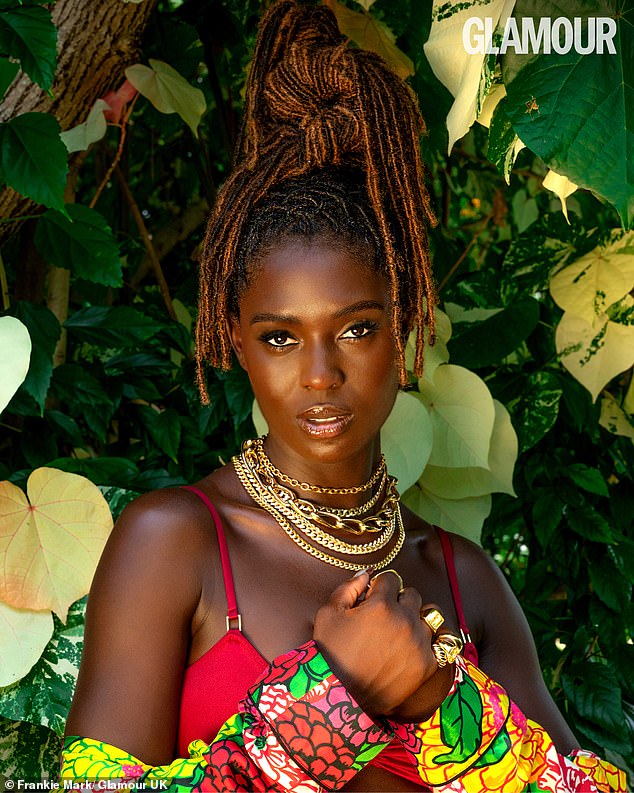 Stunning: Jodie Turner-Smith looked incredible as she graced the cover of Glamour’s first ever hair edition on Thursday

She said: ‘I had just become a mother and that was what really jumped out at me, the story of Anne as a mother.

‘I did know it would be something that people felt very passionately about, either in a positive or a negative way, because Anne is a human in history who people feel very strongly about.

‘More than anything, I wanted to tell the human story at the centre of all of this. [During filming] my daughter was only six months old and I was still nursing her.

‘So to have the experience of working with people that have so much compassion for where I was in my journey as a mother, as we were telling the story about a mother, I feel there was just so much more compassion in the storytelling.’ 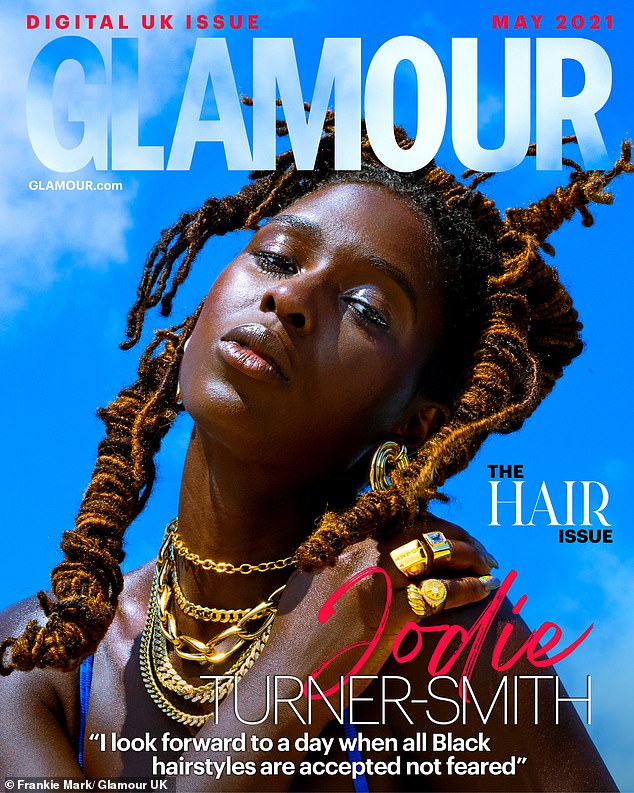 Wow: The actress, 34, posed up a storm during the glamorous shoot and candidly discussed her upcoming role as Anne Boleyn, revealing that staying focused on the bigger picture and motherhood helped her get past the backlash to her being cast in the role

Jodie stunned as she slipped into a red bikini and colourful shirt for one striking image taken against a background of green leaves.

The beauty posed up a storm as she looked directly into the camera while wearing her hair in a stylish up do and donning a selection of gold accessories.

She also looked sensational in the cover snap, this time rocking a strappy blue top while working all her angles in front of a vibrant blue sky. 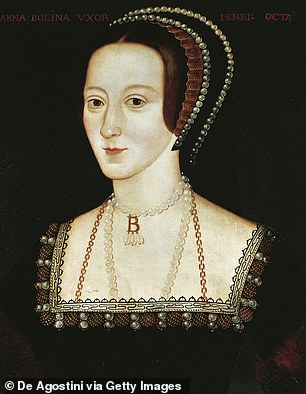 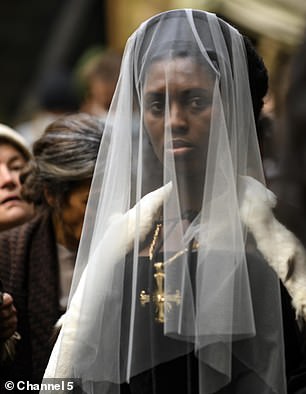 Historic: Jodie will play Henry VIII’s second wife Anne Boleyn who was famously beheaded on 19 May in 1536 for high treason after failing to produce a male heir (Jodie as Anne, right, in still)

The actress welcomed her daughter Janie in 2020. She shares her only child with husband Joshua Jackson, 42, who she married in 2019.

After Jodie’s role in the upcoming Channel 5 drama was revealed last year, there was a backlash to the decision, with some people making accusations of ‘blackwashing’

But speaking with the Mail On Sunday in December, director Lynsey Miller said: ‘I feel very strongly that we have the best actress for the role so I am happy to stand by it.

When it emerged that Jodie had landed the role of the ill-fated Tudor queen, who was beheaded in 1536, some social media users objected. 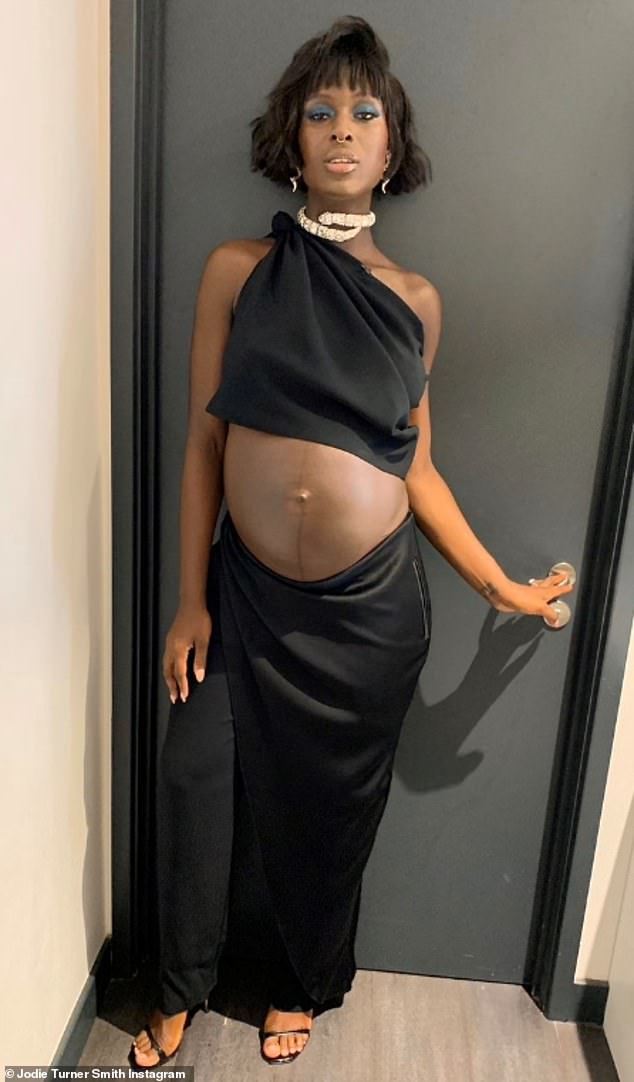 Motherhood: Jodie revealed that her daughter Janie ‘was only six months old and I was still nursing her’ while shooting the upcoming Channel 5 show (pictured while pregnant)

One tweeted: ‘Anne Boleyn, Queen of England and the second wife of King Henry VIII, will be played by a Black woman. Also, the blackwashing of White history is now called ‘convention-defying’.’

Another commented: ‘A black lady playing Anne Boleyn is blackwashing and needs to stop. If whitewashing is not ok then neither is blackwashing! Equality.’

Elsewhere in her Glamour interview, Jodie detailed how she’s had to ‘go on a journey’ to love her appearance.

She added: ‘I really had to go on a journey with myself to just love this skin that I am in, and I feel so grateful to be at the place that I’m in now.

‘The way I feel about myself now and the appreciation I have is because of that journey and the experiences I had. 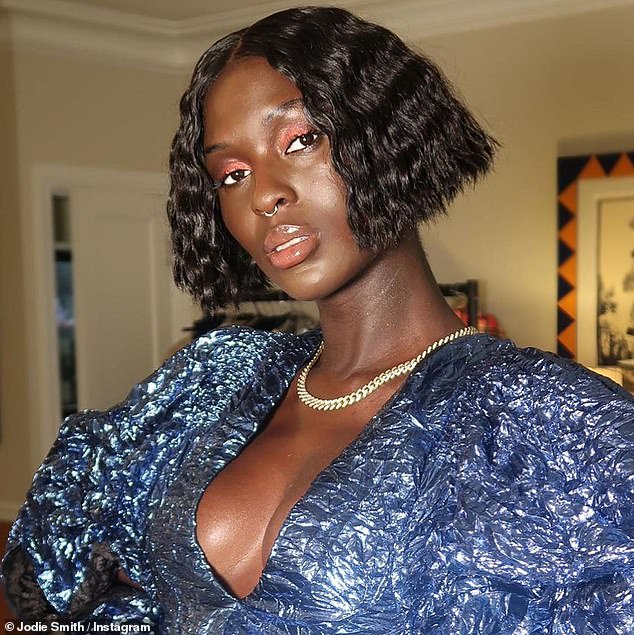 Family: The 34-year-old actress gave birth to first child in April last year, whom she shares with her actor husband Joshua Jackson

‘And also part of it is when children often echo the sentiments they hear around them without truly understanding how hurtful they are or where they come from.’

Jodie added that it was very important that her version of Anne Boleyn, who has long, 4C Afro tresses in the period drama, had ‘kinky hair’ and that she didn’t want to ‘put European texture hair’ on the character.

The actress said: ‘When I went into Anne Boleyn, we spoke extensively about what my vision was and it was interesting to see how closely it mirrored the production team’s. I was very excited to see that.

‘It was really important to me that Anne had Afro texture hair. In my mind I was like, my queen Anne, this is a woman who I did not want to put on European texture hair. I wanted kinky hair that she’s been growing her whole life.’

Jodie also discussed the importance and power of black hair and representation as she reflected on her own hairstyles in the past. 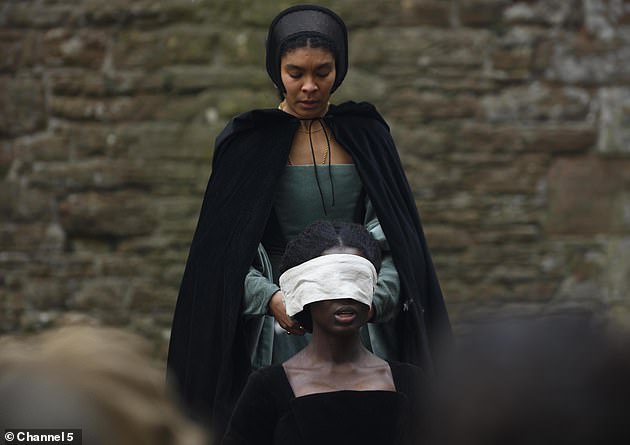 Important: She also revealed that it was important to her that her version of Anne, who has long, 4C Afro tresses in the period drama, had ‘kinky hair’ (pictured in a still from the show)

‘They’ll say, well, that’s not your hair, so why can’t you just go back to what your hair looks like? Which is another thing I’ve heard that’s really not right.

‘Right now this is my favourite protective style, I just love the locs. I also love twists and braids, and their cultural significance.’

The actress continued to detail how it is important for the film industry to also hire a diverse crew as well as cast, so that the stars’ hair can be styled properly.

Jodie said: ‘Hair is important to everybody. It’s so funny. It’s suddenly a big deal when we Black girls are talking about it, but [it’s important to] everybody.

‘That’s why there’s a whole thing about when you have a bad hair day. Right? Nobody wants that. So it’s frustrating as a performer, when you go on set and the people are not qualified to deal with your texture of hair.

‘While we’re in this time where diversity and inclusion have become the buzzwords of the day, it’s important that filmmakers go the whole length of what that means.

‘If you are hiring a diverse and inclusive cast, you must also hire people who know how to deal with their texture of hair.’

Read the full interview in the GLAMOUR UK May Digital Issue online now. 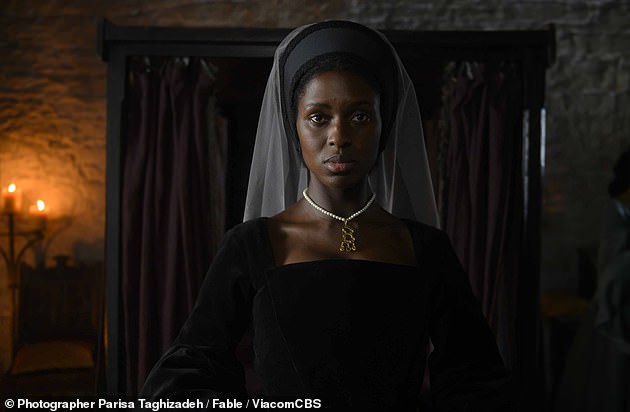 Background: The upcoming Channel 5 series explores the final moments of the queen’s life from her lens before she is executed by her husband