Julia Fox turned heads donning a revealing, cropped blazer as she made a stylish arrival at the Mugler Couturissime Exhibition Opening in NYC earlier Tuesday evening.

The Italian-born model, 32, donned a cropped blazer from the renowned luxury brand and low-waisted skirt as she made an appearance at the Brooklyn Museum.

The special exhibition pays tribute to Thierry Mugler’s pieces from over the decades since the fashion house’s launch in the 1970s. 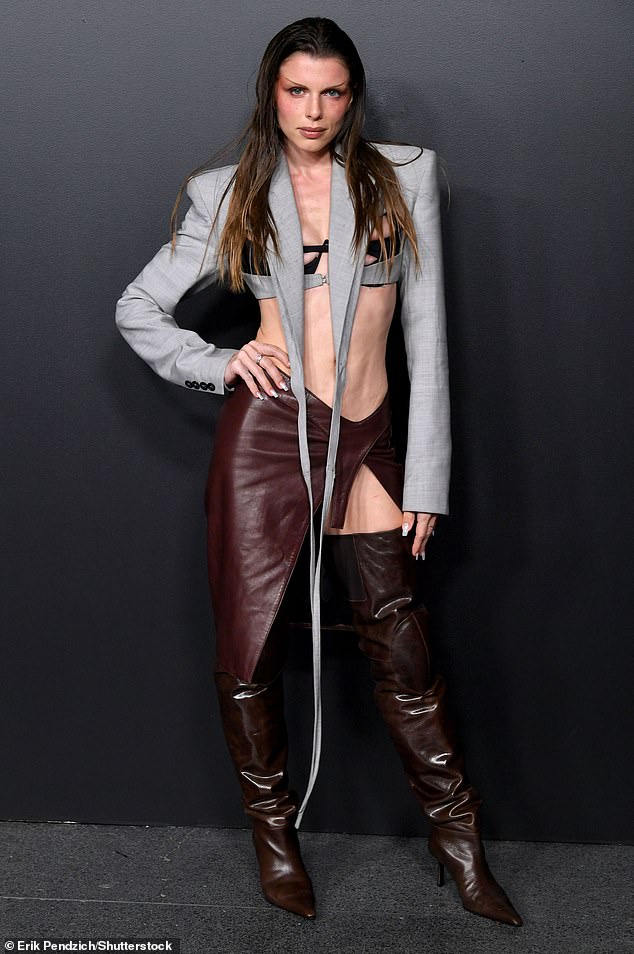 Show-stopping: Julia Fox, 32, flaunted her sense of style as she made a fashionable arrival at the Mugler Couturissime Exhibition in NYC earlier Tuesday evening

The talented star, who had previously dated Kim Kardashian’s ex-husband, Kanye West, sported a cropped, gray blazer with cutouts on the front.

Long, thin strips of fabric flowed down from the collar of the blazer towards her brown, over-the-knee heeled boots.

The mother of one opted to add a black bralette underneath the long-sleeved Mugler jacket, and paired her top pieces with a brown, low-waisted skirt that contained a very high slit on the left side.

Julia showcased a few of her signature poses as she pulled off the Mugler ensemble at the star-studded opening. 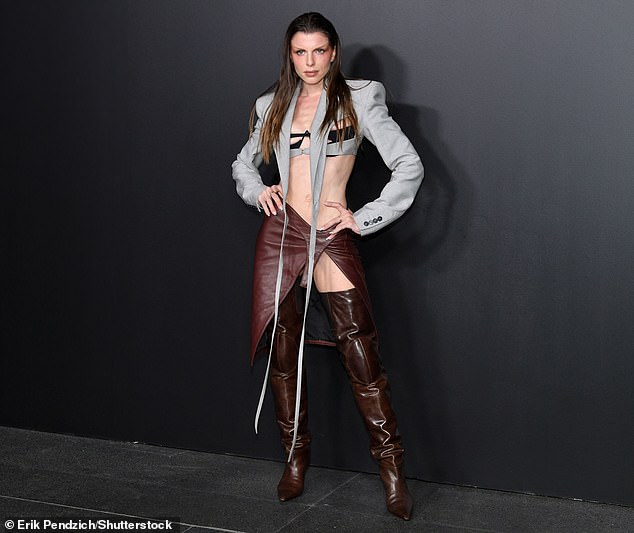 Fierce: The mother of one flaunted a few of her fierce poses as she stopped few a brief photo session at the opening

The Uncut Gems actress parted her hair in the middle, and allowed the long locks to effortlessly flow down straight past her shoulders.

The beauty opted for an edgy touch to her makeup for the night, and added a heavy layer of reddish-colored blush and eyeshadow.

To keep the Mugler outfit the main focal point, Julia chose to not add an flashy accessories or jewelry pieces.

The Thierry Mugler exhibition officially opens to the public later this week on November 18, and showcases around 100 pieces through the decades, according to the museum’s official website.

Some iconic outfits on display include one-of-a-kind haute couture pieces along with stage costumes worn by celebrities in the past.

Mugler, who passed away earlier this year on January 23, had designed looks for stars such as Madonna, Michael Jackson, and David Bowie. 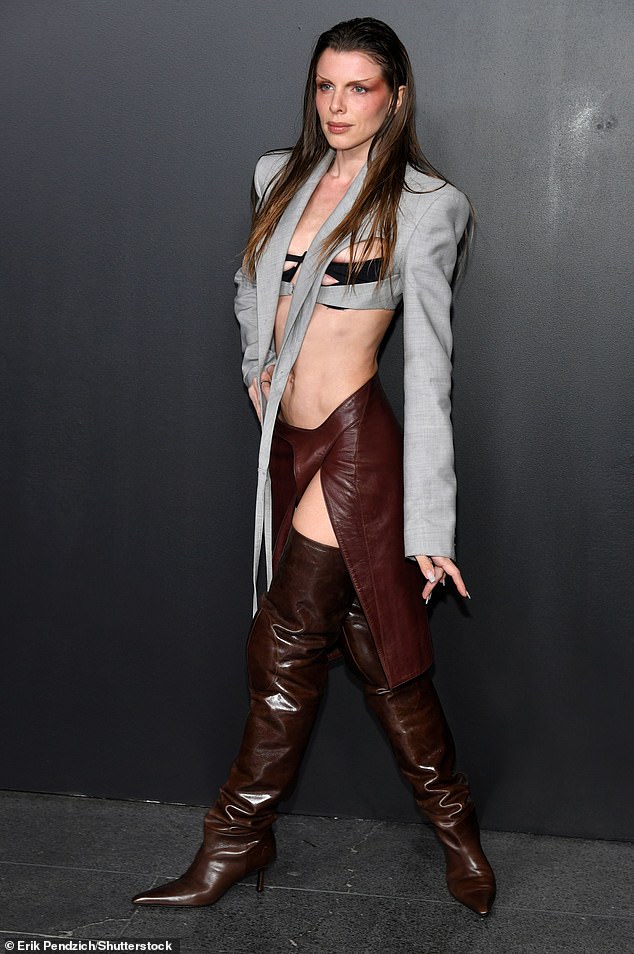 Stylish: The Italian-born star opted to wear a cropped Mugler blazer along with a low-waisted skirt that flaunted her toned midriff 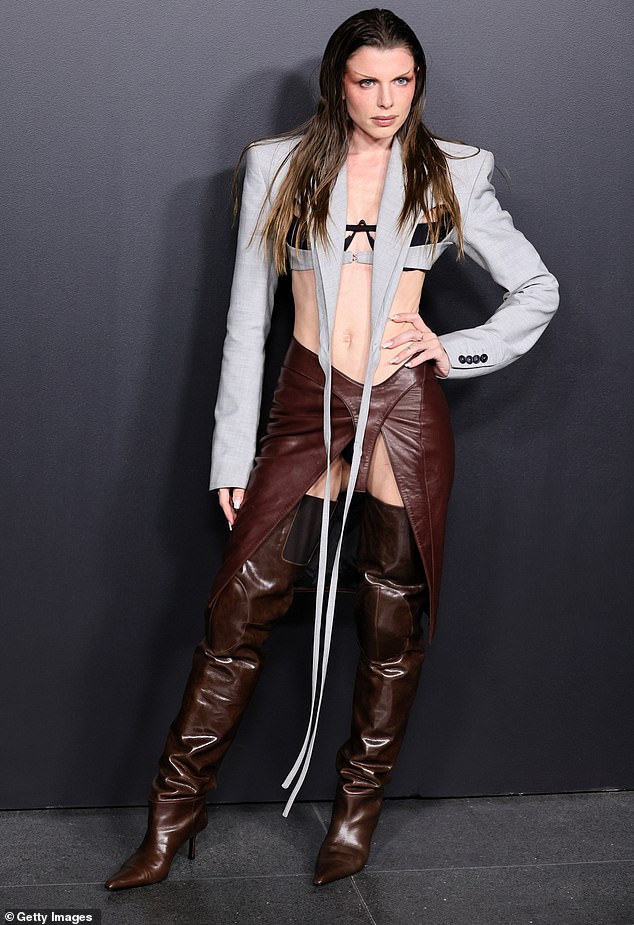 Fun evening: Other celebrities were also in attendance at the grand opening of the exhibition, including Kylie Jenner and Madonna’s daughter, Lourdes Leon

Julia, who has become a fashion icon due to her bold sense of style, recently uploaded a clip on TikTok to give her opinion on aging.

At the beginning of her video, which has already garnered around 1.7 million views, she announced, ‘Just so you guys know, aging is fully in. Like, fully.’

She then slammed anti-aging products by expressing, ‘And if I see another product that says anti-aging on the label, I’m suing.’

‘I’m going to sue,’ she repeated as looked towards her phone camera. ‘Because I’m going to age regardless.’ 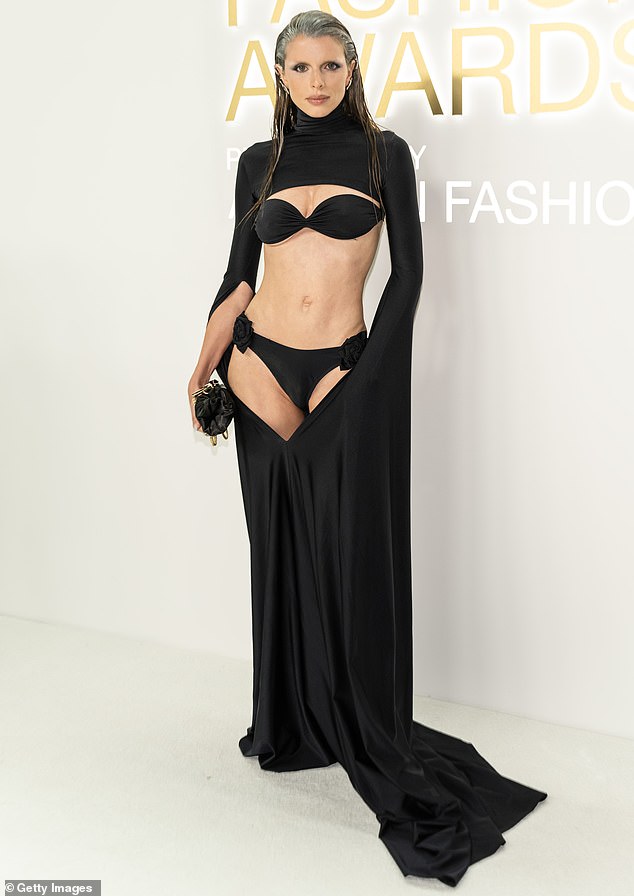 Confidence in aging: The mother of one recently shared a TikTok and expressed to her fans and followers that ‘aging is fully in’; seen at the 2022 CFDA Fashion Awards earlier last week in NYC 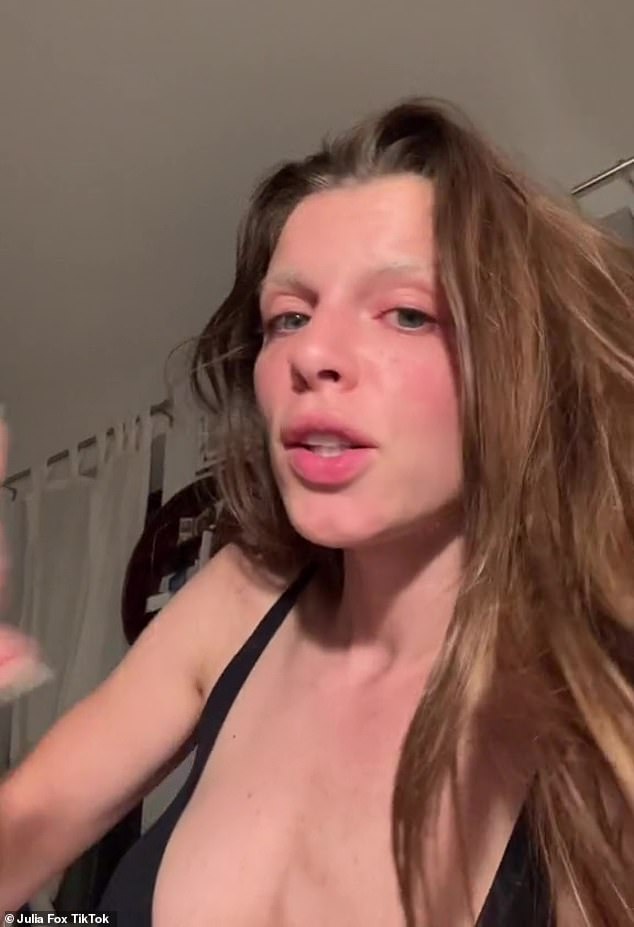 Aging: During the clip, which has raked in around 1.7 million views, Julia adamantly expressed that, ‘Getting old is f****ng hot’

Julia adamantly expressed to her followers that, ‘Getting old is f***ing hot.’ She then added that, ‘It is probably the sexiest time in life actually.’

To conclude the video, the star stated that ‘being pretty’ in your 20s is ‘the trenches’ and that she has absolutely no desire to go ‘back there.’

In another TikTok clip, the actress had admitted that when she turned 27-years-old, she had cried and didn’t want to celebrate.

However, now at the age of 32 and mother to one, Julia has fully embraced getting older each year. 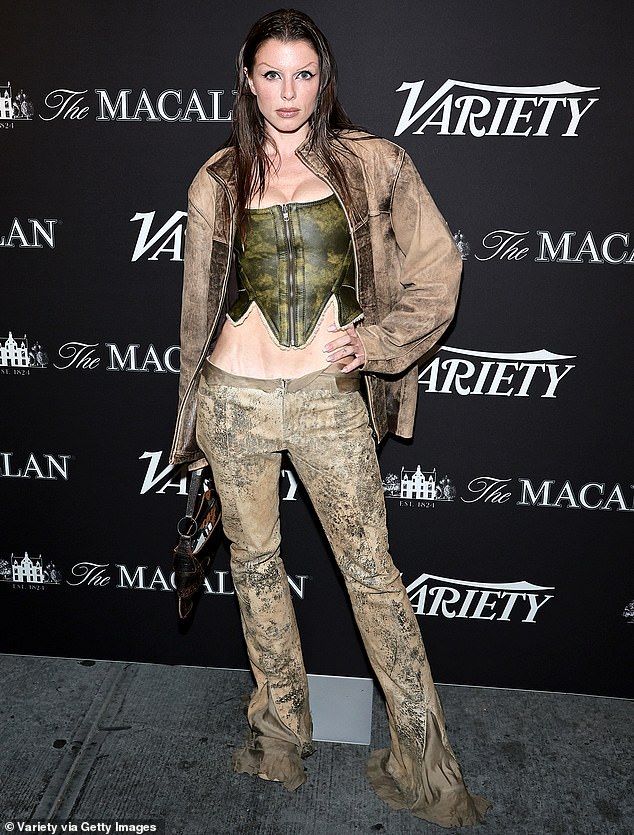