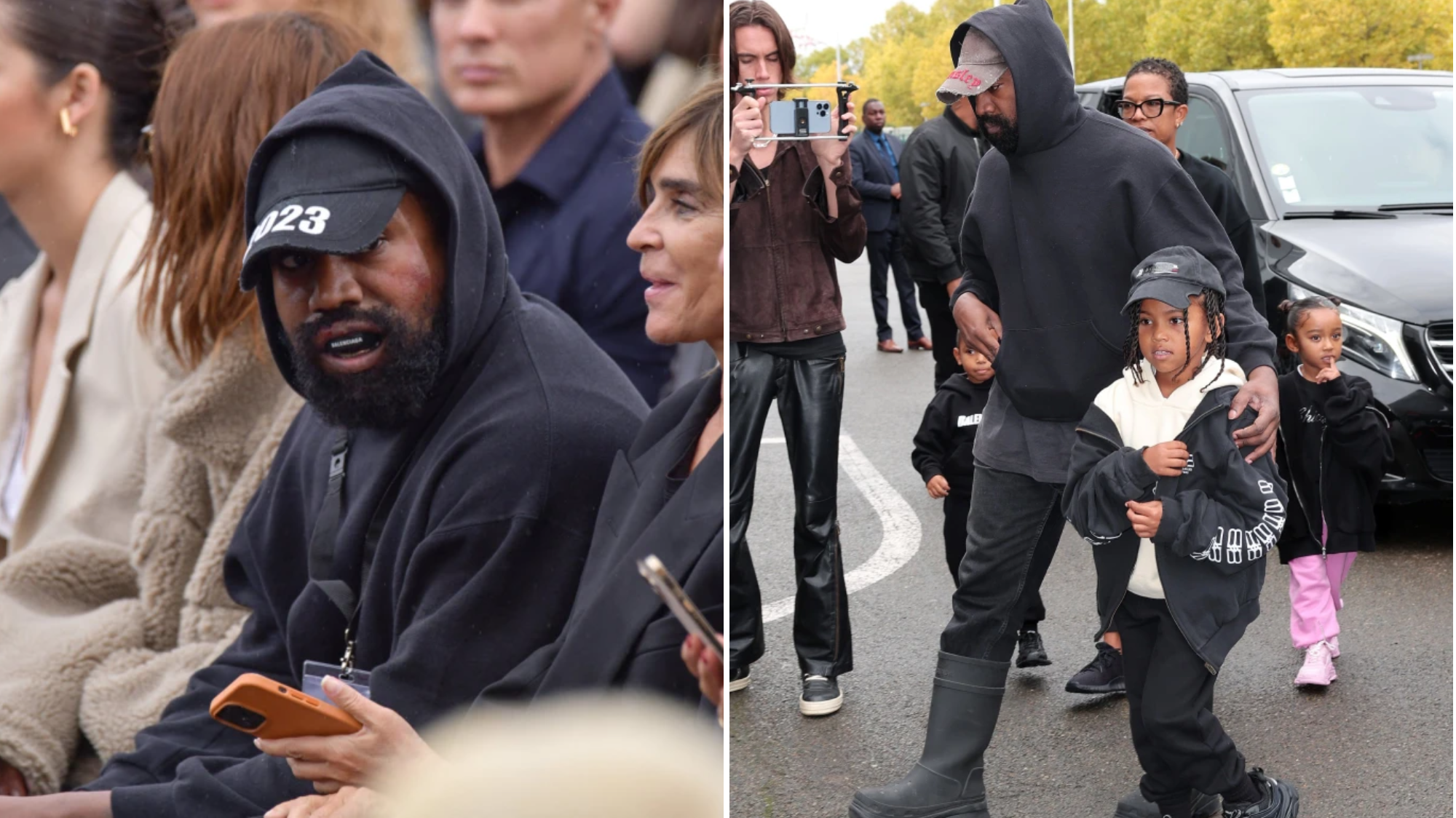 Kanye West held his children tight before he took to the stage at the Balenciaga spring/summer fashion show on Sunday in Paris.

Alongside him were his little ones Saint, 6, Chicago, 4, and Psalm, 3.

Kanye, who also goes by Ye, collaborated with the luxury fashion brand earlier in the year.

Saint channelled his father’s signature style with a cream jumper, along with a pair of junior Balenciaga’s.

The Bound 2 hitmaker surprised the audience with his messy catwalk as he made his entrance through the mud as he donned a military-themed ensemble.

Sticking to the edgy theme, reality star Khloe Kardashian was seen wearing futuristic shades as she took a selfie with her niece North West, 9.

Kanye recently extended an olive branch to his former mother-in-law Kris Jenner, by making her image his profile picture on social media.

He later explained the tribute to the famous momager writing in his Instagram stories: ‘I posted Kris with thoughts of peace and respect lets change the narrative [sic].’

The school, named after his mother Donda West (who he also named his latest album after), will ‘prepare the next generation of leaders’.

Malik Yusef, a close associate of Kanye’s, said of the school: ‘There’s never been a time that Kanye West did not want to do this.’

He continued: ‘I think people don’t understand the gravity of that. This man always wanted to create a school in his mama’s name.’

Kim filed for divorce from Kanye in February 2021 after nearly seven years of marriage.