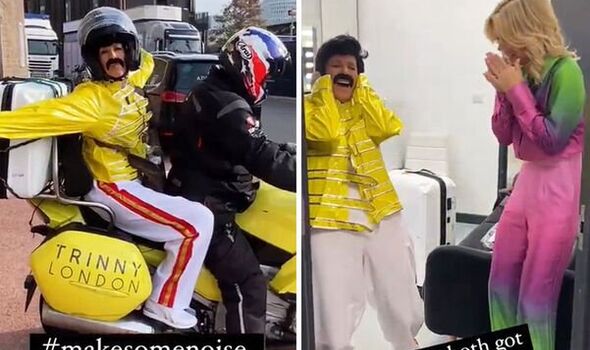 Kate Garraway, 55, and Charlotte Hawkins, 47, had opposite ideas when it came to the dress code for Global’s Make Some Noise today. Good Morning Britain presenter Ben Shephard, 47, filmed the pair comparing outfits behind-the-scenes which left him baffled and amused.

Ben stood outside their dressing room as he showed fans what they were wearing on his Instagram Story.

Charlotte was seen sporting a pink, purple and green disco themed outfit with her hair and make-up neatly done, while Kate opted to dress as Freddie Mercury.

The latter stood out in a striking yellow jacket, white trousers and a moustache in a nod to the late Queen frontman.

Confused, the presenter asked: “Can I just ask, are you both dressed for the same event?” 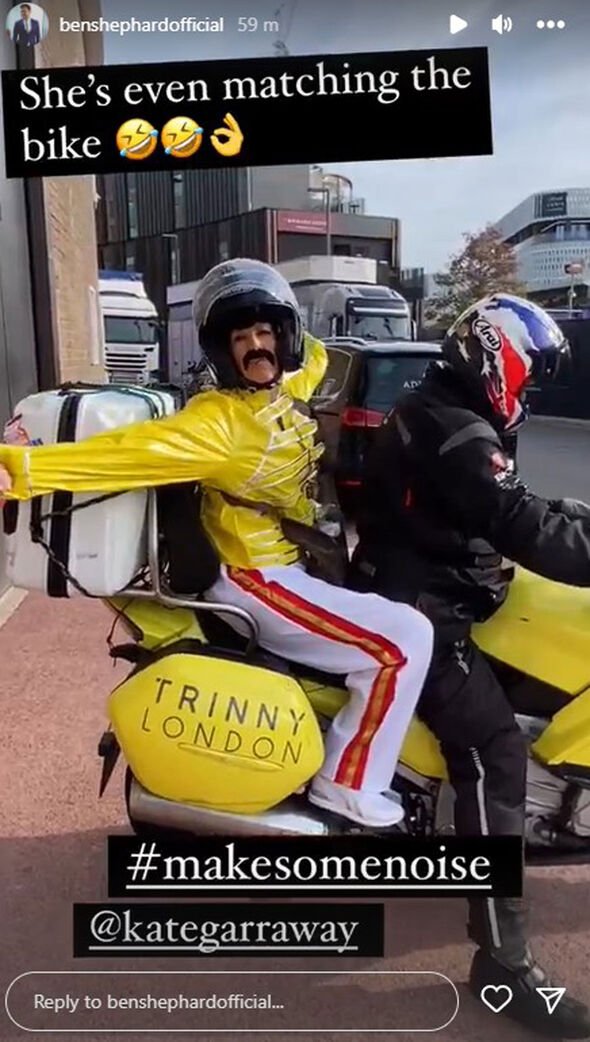 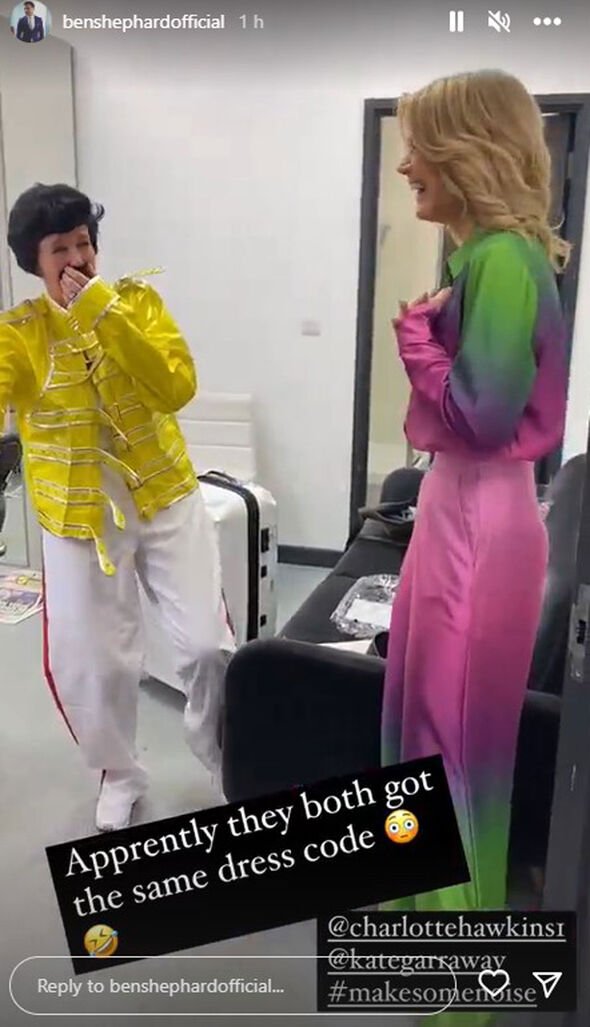 Kate couldn’t get out her words from laughing as she realised how different she looked to her co-star.

“How to interpret a brief in a different way,” Ben laughed.

Charlotte explained that you could dress “loud” or in “fancy dress” for the occasion.

Looking her co-star up and down, Kate chimed in: “How can you look like a supermodel and I look absolutely bonkers.” 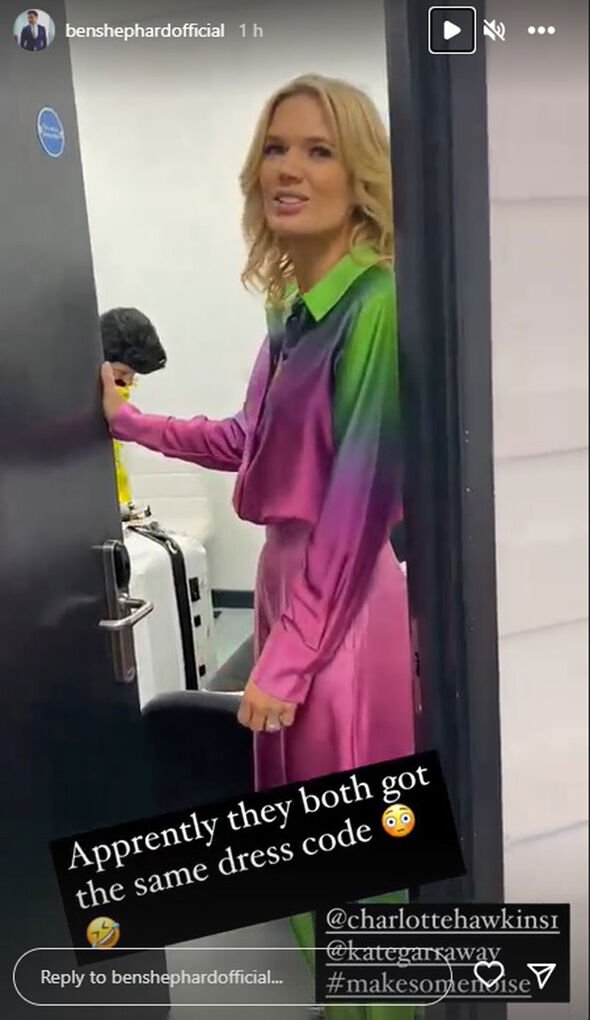 Charlotte added: “She looks amazing, ten out of ten for effort.”

Ben followed up his post filming Kate getting on a yellow bike which matched with her outfit.

“Looking good Kate Garraway,” he told her as she excitedly drove off.

The presenter also shared the humorous clip on his Twitter page, writing: “I often get asked – what its like working with @kategarraway well this video pretty much sums it up!

“Apparently she and @CharlotteHawkns got the same dress code #MakeSomeNoise.”

Amy Holt commented with a series of crying with laughter emojis, adding: “Love you guys!”

Chris typed: “Kate is absolutely mint, and so are you Ben as a double act. #TopAnchors.”

Good Morning Britain airs weekdays from 6am on ITV.