Katie Holmes can do it all! The A-lister proved she’s still got it, when she shared a pic of herself doing a backbend in a pair of black leather pants.

Katie Holmes is a woman of many talents! The actress and fashion designer has clearly been working on her flexibility, sharing a pic of herself doing a backbend while on the set of a photoshoot. The Dawson’s Creek alum rocked a pair of black leather pants and a black blouse, along with a pair of black, strappy pumps for the shoot with photographer David Alexander Flinn. Certainly an impressive move!

The post comes just weeks after Jennifer Lopez‘s ex-fiance Alex Rodriguez was spotted exiting Katie’s apartment building. Nevertheless, Katie’s rep explained that the former MLB star was not visiting her. “She doesn’t know him,” a rep for the actress told E! News. Considering Alex and Katie are both newly single, fans were quick to speculate if something was going on between them after the photos of him at her building surfaced. Only time will tell!

Katie recently praised her “talented” ex-boyfriend, Emilio Vitolo Jr., 33, almost one month after they called it quits. The 42-year-old actress spoke out ahead of their short film, Almost A Year premiering at the 2021 Tribeca Film Festival. “‘ALMOST A YEAR @tribecafilmfestival. I am so excited for the start of the @tribecafilmfestival today!!!!!” she captioned a June 8 Instagram post. “I am so honored to have been a part of the making of ALMOST A YEAR which is premiering at #Tribeca2021 as part of #TribecaAtHome tickets.” 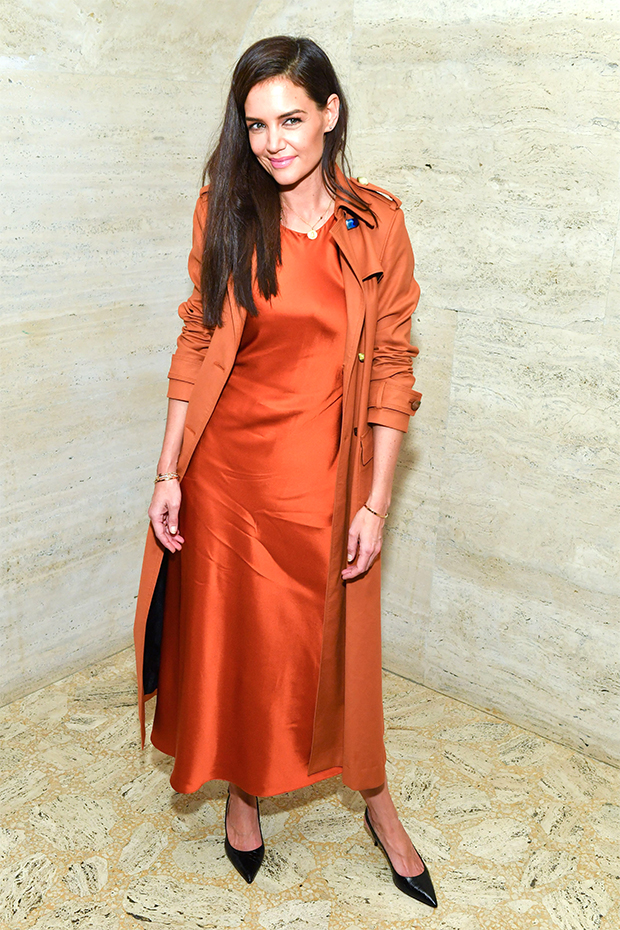 She added, “Congratulations to the very talented and amazing cast @eveclindley @emiliovitolo @lilmitz_ and director @jamiesonbaker.” It seems the duo, who dated for roughly eight months from September 2020, have remained on good terms. Katie served as a producer on the film, which is set amid the COVID-19 pandemic, while Emilio was the leading man.

Of course, fans of Katie would recall the news that she and Emilio, who were no strangers to PDA, had ended their romance. “The pair have parted ways amicably but remain friends,” a representative for Katie told Us Weekly. A source also told the outlet, “Their relationship fizzled. They figured out they’re better off as friends … There’s no drama that went down with the breakup and in fact, they’re still friends.”