Kelly Bensimon looked amazing as she posed topless while on a yacht docked in popular summer vacation spot, Montauk.

The Real Housewives of New York alum, 53, shared the sexy snap with her 358,000 Instagram followers on Friday.

‘Looking forward…’ Kelly captioned the photo, which was taken at Gurney’s Star Island Resort & Marina in the Hamptons. 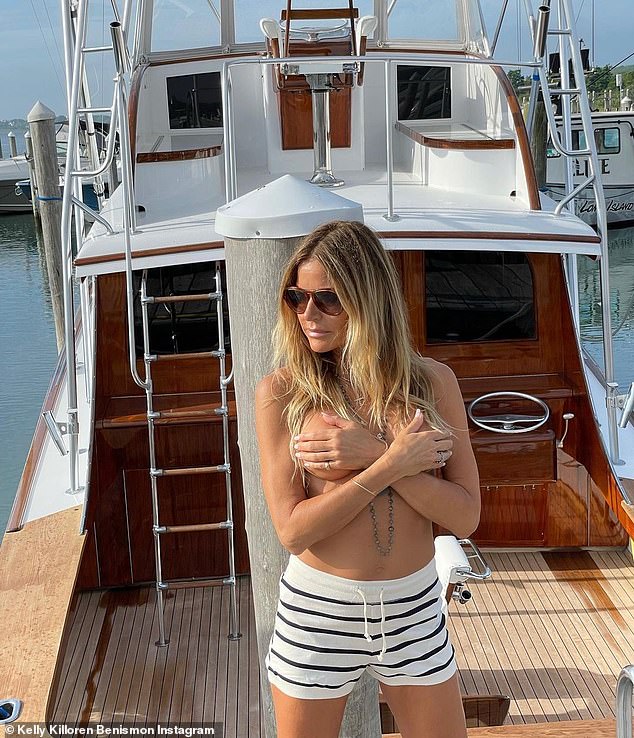 Sultry: Kelly Bensimon looked sizzling as she posed topless while on a yacht docked in popular summer vacation spot, Montauk

The buxom beauty covered her ample assets with her hands as she stood on the deck of the yacht on the sunny day, flaunting her lithely muscled arms.

Bensimon only wore a pair of white and black striped shorts with a drawstring waist which she left untied. The shorts showcased the reality star’s toned and tanned thighs.

Kelly accessorized with several rings, a bracelet as well as a long silver beaded necklace that draped over her taut stomach. 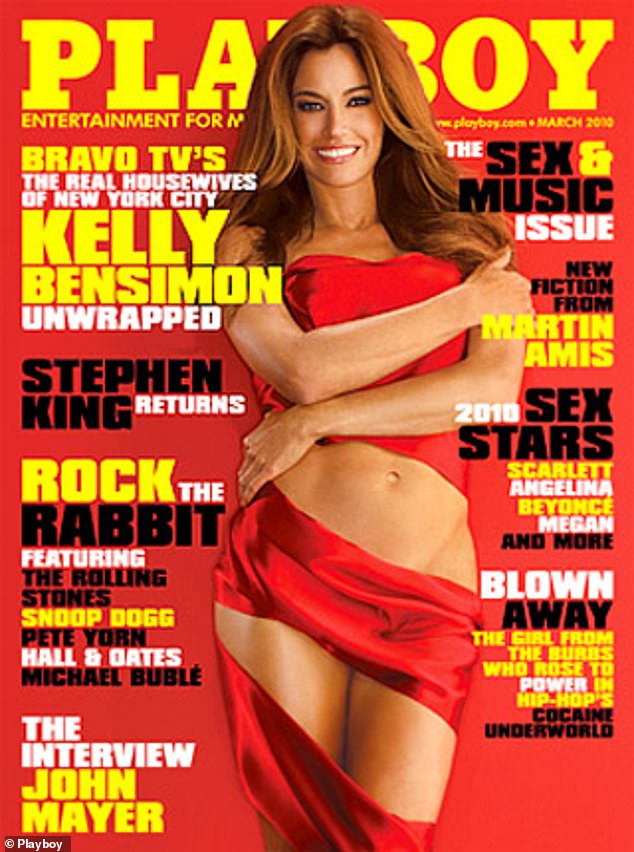 Showing some skin: In 2010, she appeared on the cover of Playboy and posed nude in a six-page spread

The stunning former model’s sun-streaked locks cascaded over her shoulders as she tilted her head to the side. She shielded her eyes with a pair of oversized brown sunglasses.

It was not the first time that Bensimon had dared to bare some skin. In 2010, she appeared on the cover of Playboy and posed nude in a six-page spread that was shot by her famed photographer husband, Gilles Bensimon.

Kelly told People magazine: ‘When Playboy asked me to pose for them, I was incredibly flattered. But it was a big deal for me to actually take off my clothes for the rest of the world.’ 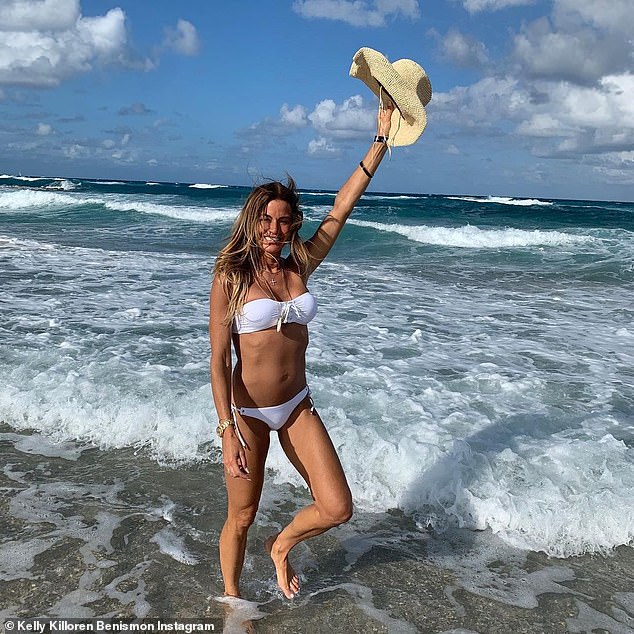 Speaking out: In 2017, the real estate agent opened up to Page Six about her experience posing for Playboy

Kelly went on to explain how she told her young daughters about her naked pictorial. ‘I told them I didn’t want to exploit my body — I wanted to celebrate all the years of working out and this healthful lifestyle that I lead.’

In 2017, the real estate agent opened up to Page Six about her experience posing for Playboy and shared her thoughts on the magazine resuming publishing nude photos after a brief pause in 2016.  She also said that she would like to pose for Playboy again. 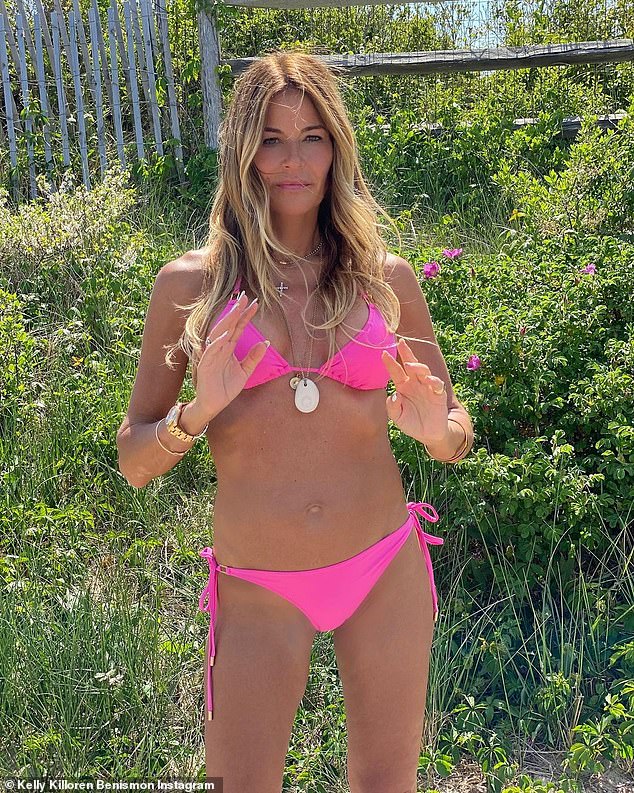 Sexy: The MBA grad looked flawless in bikini shots that she has posted on Instagram over the last few weeks

‘I am glad that they are going back to showing women naked; it was a beautiful layout. And it would be a test to show that you can still look good at any age.’

Kelly and Gilles were married in 1997 but the pair split in 2007. They share two daughters, Sea Louise, 23, and Thadeus Ann, 21. Recently, Kelly has been on and off dating entrepreneur Nick Stefanov, 42.

Meanwhile Bensimon has been enjoying vacation time in the Hamptons and Palm Beach following a successful year in which the broker reportedly sold $50 million in New York real estate.

The MBA grad looked flawless in bikini shots that she has posted on Instagram over the last few weeks. She is seen frolicking in the waves while waving a straw hat and posing coyly in front of a yard with pink flowers. In another sultry snap, she flaunted her cleavage in a white top that she left unbuttoned as she stood on the beach before the setting sun.