The woman who claims to have ‘hooked up’ with Khloe Kardashian’s boyfriend Tristan Thompson alleges that he last contacted her the day after Khloe, 36, threw their daughter True a lavish third birthday bash on April 12 in LA.

Sydney Chase, 23, explained the situation further on a TikTok clip this week, after claiming that she’d had a fling with Tristan, 30, in January, alleging the NBA star told her he was single.

DailyMail.com has reached out to representatives for Khloe and Tristan who have so far been unavailable for comment.

‘In this interview, I was asked a question by my friend Hayden which I answered honestly,’ Sydney said on TikTok. ‘However I did disclose personal information about Tristan which I do apologize for because that’s not okay and I shouldn’t have done that.’

Doubling down on her claims that the pair shared a sexual experience, she added: ‘However me answering the question about our past relations, that is true.’

Sydney went on: ‘We did have past relations, I then found out he was in a relationship and I ended things. In the interview, things got misconstrued while we were drinking.

‘We first met in November 11 to be exact and that’s when everything started. And then the last time we had contact – besides when he messaged me after finding out about the interview – was the day after his daughter’s birthday party when he just got back home from Boston.’

Are they still together? DailyMail.com has reached out to representatives for Khloe, 36, and Tristan, 30, who have so far been unavailable for comment

Addressing the claims: Sydney Chase, 23, explained the situation further on a TikTok clip this week, after claiming that she’d had a fling with Tristan in January 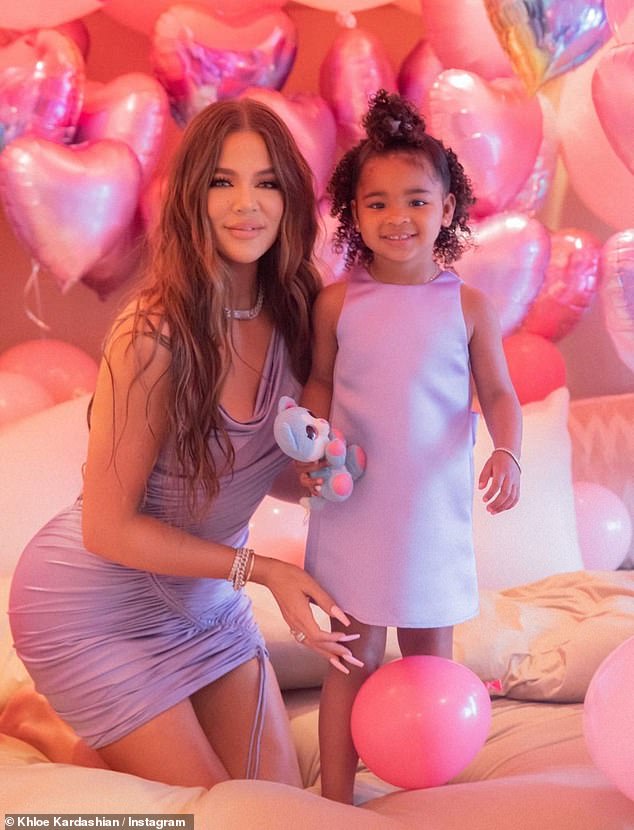 The timing: Sydney claims she was last in contact with Tristan a day after his daughter True’s birthday

Sydney first made the claims in a video posted by Hollywood Unlocked over the weekend saying she allegedly had a sexual experience with him in January this year and alleged that he told her he was single.

‘Sydney, wow was Tristan Thompson’s d**k?’ the woman in question is asked in a crass exchange, as she replies: ‘It was a peek-a-boo d**k but baby it was good.’

She claimed that the pair have ‘hung out’ on multiple occasions. 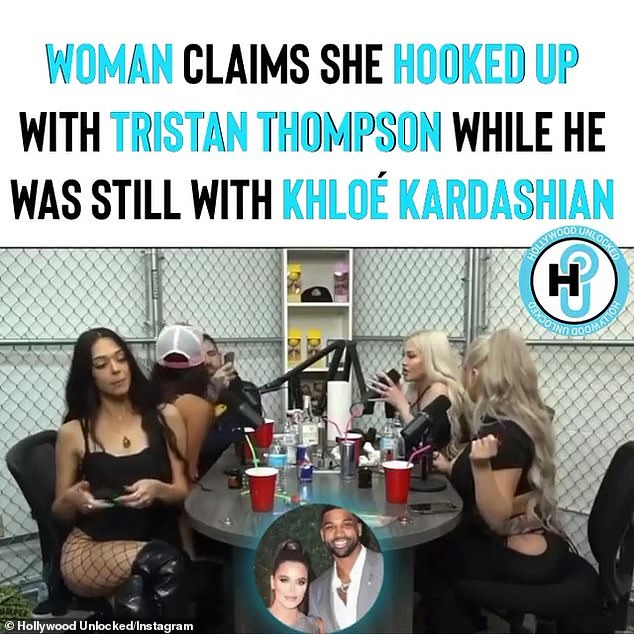 Painful: In an Instagram video, a woman named Sydney (left, wearing a baseball cap) claims she slept with Tristan while he was still with Khloe 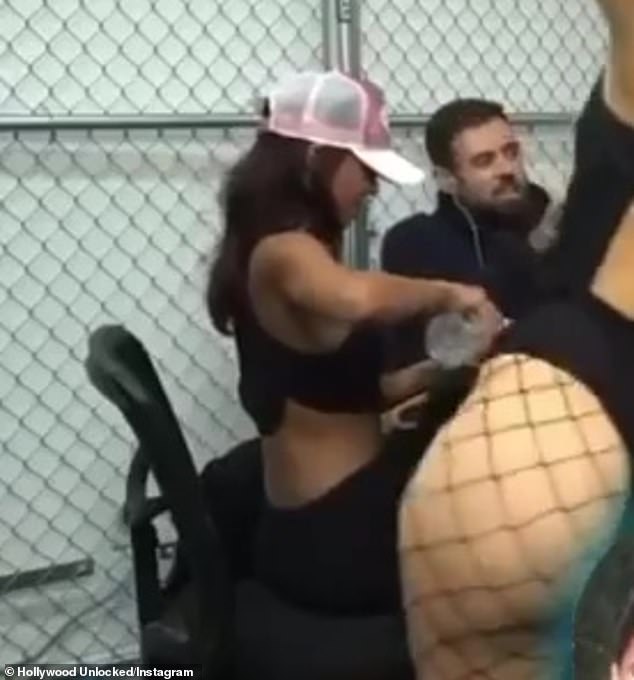 Mystery woman: In the video, a woman named Sydney Chase wearing a baseball hat makes the allegations against Tristan 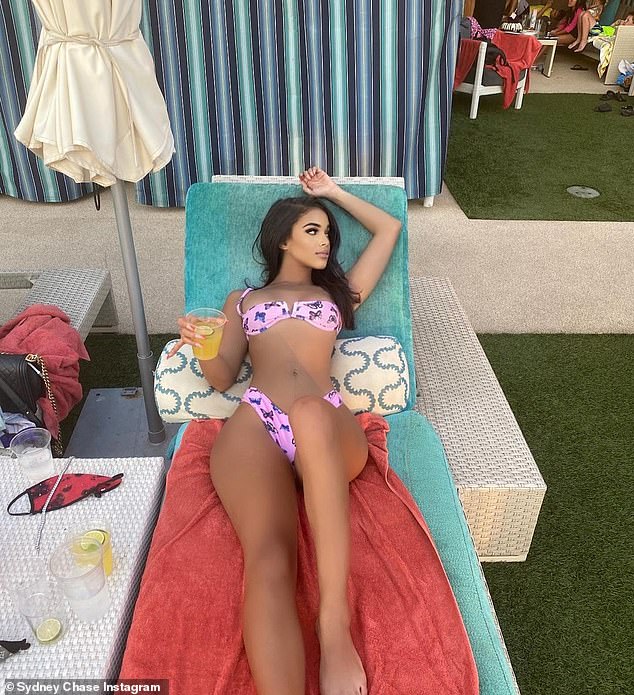 Stunner: The model has recently been sharing bikini snaps to her Instagram page 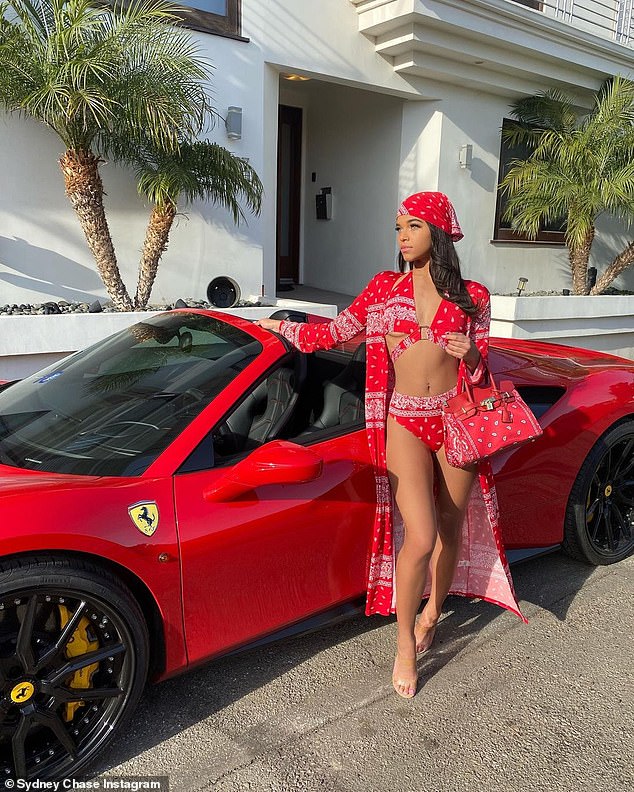 Life in the fast lane: Sydney posted this bikini snap standing next to a Ferrari

The Instagram video that contains the accusation contains the headline: ‘Woman claims she hooked up with Tristan Thompson while he was still with Khloé Kardashian.’

In March this year, Khloe appeared to confirm that she was fully back on with Tristan, after posting a gushing message for his 30th birthday, to which he replied: ‘I thank God for the beautiful and loving woman you are.’

However, this is the latest in a long line of cheating allegations that have been lobbied against the sportsman, since he started his relationship with the Kardashian. 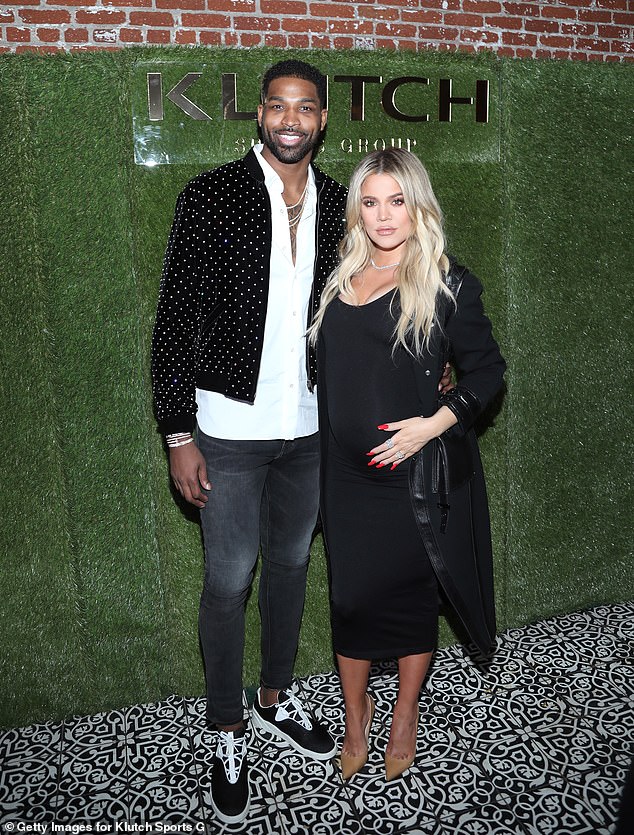 Troubled: They confirmed their relationship in a 2016 Instagram post and she fell pregnant a year later with Tristan’s baby (pictured 2018)

The pair were first linked when they were spotted leaving Bootsy Bellows together in August 2016, and Khloe later revealed how they were introduced by a mutual friend.

They confirmed their relationship in a 2016 Instagram post and she fell pregnant a year later with Tristan’s baby.

The same year, TMZ released surveillance video showing a man who appeared to be Tristan kissing another woman which was the first sign of trouble between the pair.

Khloé gave birth to their daughter True Thompson on April 12, 2018, and later appeared to address his alleged infidelity around the time of her birth.

‘Regardless of what Tristan did to me, I was never going to take that moment away from True or Tristan. She should not be punished for his actions. He is her father and they both deserve to love one another as deeply as they possibly can,’ she wrote.

In 2019, the couple suffered one of their biggest set backs when reports surfaced that Tristan had been spotted canoodling with Kylie Jenner’s longtime BFF Jordyn Woods, send shockwaves through the Kardashian family.