Kim Kardashian is 'doing great' after separating from Kanye West

She recently dissolved her marriage with the Grammy-winning rapper, Kanye West.

And on Friday, a source spoke to People and told the media outlet that Kim Kardashian has been ‘doing great’ ever since she initially filed for a divorce from the musician earlier this year.

The insider’s revelation comes not long after the entrepreneur expressed her feelings about the end of her marriage on a recently-aired episode of Keeping Up With The Kardashians. 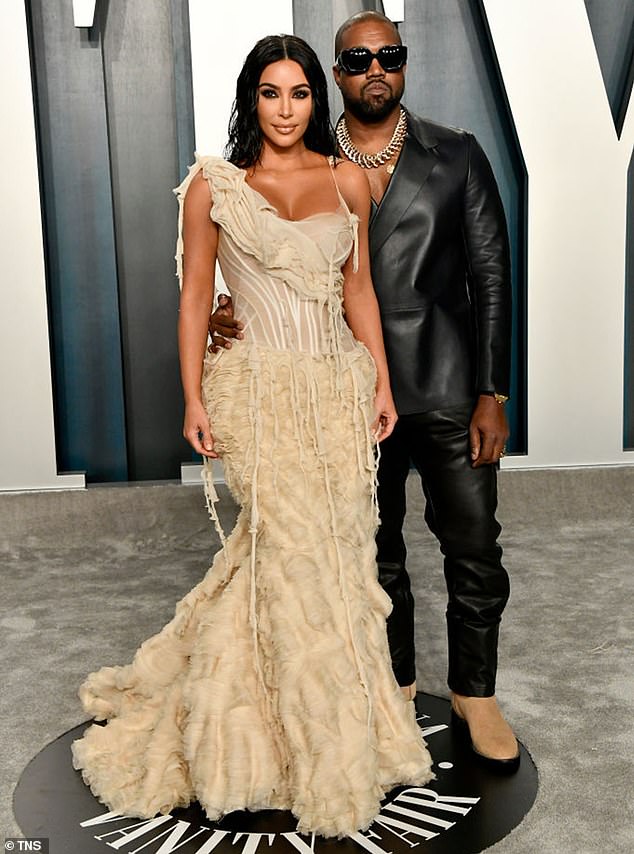 Making the most of it: An insider recently told People that Kim Kardashian was ‘doing great’ after splitting up from Kanye West; the two are pictured in 2020

The insider told the media outlet that the reality star, 40, was not enthusiastic about the idea of dissolving her marriage, although the stress associated with her relationship eventually pushed her to end things with her 43-year-old estranged husband.

According to the source, Kardashian ‘was really struggling around the time she filed for divorce. She was very upset about it and really didn’t want to file.’

The insider also noted that the reality television personality had come to terms with the end of her marriage and that she was looking forward to what the future held in stock for her.

‘She has come a long way since she filed for divorce, though. She’s very happy and convinced that she made the right decision,’ they said. 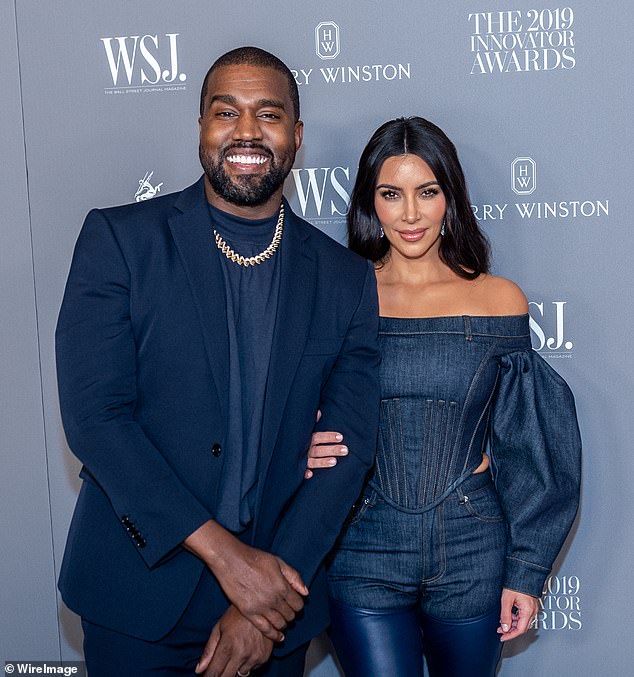 No regrets: The insider also told the media outlet that Kardashian was ‘convinced that she made the right decision’ in filing for divorce; she is seen with West in 2019 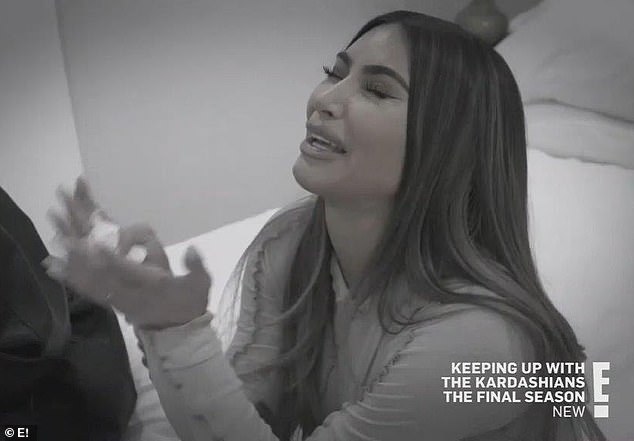 Speaking her mind: The reality television personality recently dished about her relationship woes during an episode of Keeping Up With The Kardashians

The insider also noted that the Stronger rapper’s children ‘are doing well’ and that he ‘often’ spends time with them.

Kardashian and West first met in the early 2000s while they were spending time on the set of a music video, and they reconnected later in the decade after running into each other on the set of a pilot.

However, the entrepreneur went on to enter into a highly-publicized marriage with former professional basketball player Kris Humphries, which ended after less than a year.

She was also previously married to music producer Damon Thomas when she was just 19 years old, and their union was dissolved in 2004. 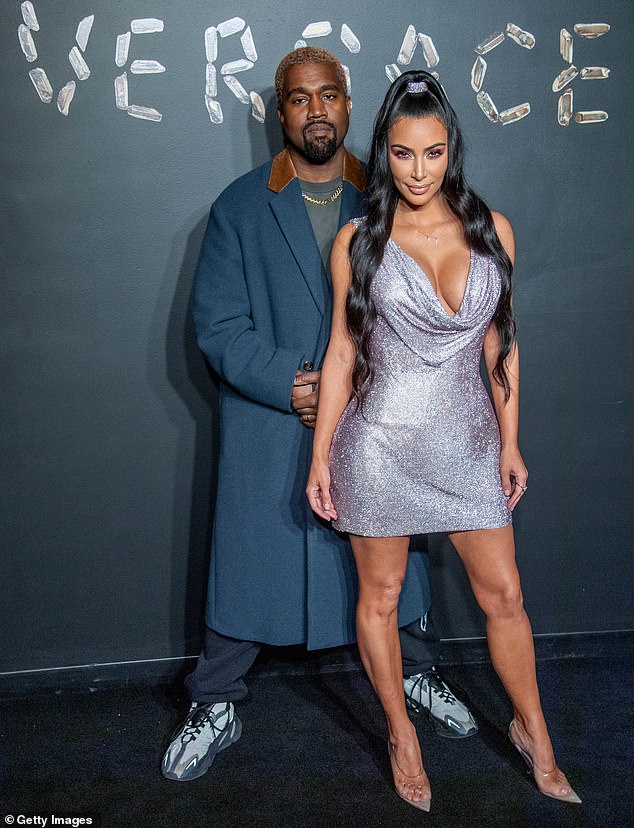 Longtime couple: The former pair first met in the early 2000s and confirmed that they were dating in the spring of 2012; they are pictured in 2019

Shortly after splitting from the professional athlete, Kardashian was invited to a fashion show in Paris by West, after which they confirmed that they were in a relationship in the spring of 2012.

The couple went on to welcome their first child, North, aged six, the following June.

The Bound 2 rapper later proposed to his now-estranged wife that year, and the two solidified their union during a dreamlike ceremony held in Italy.

In December of 2015, the two welcomed their second child, Saint, currently aged five, and they added daughter Chicago and son Psalm to their family in 2018 and 2019, respectively. 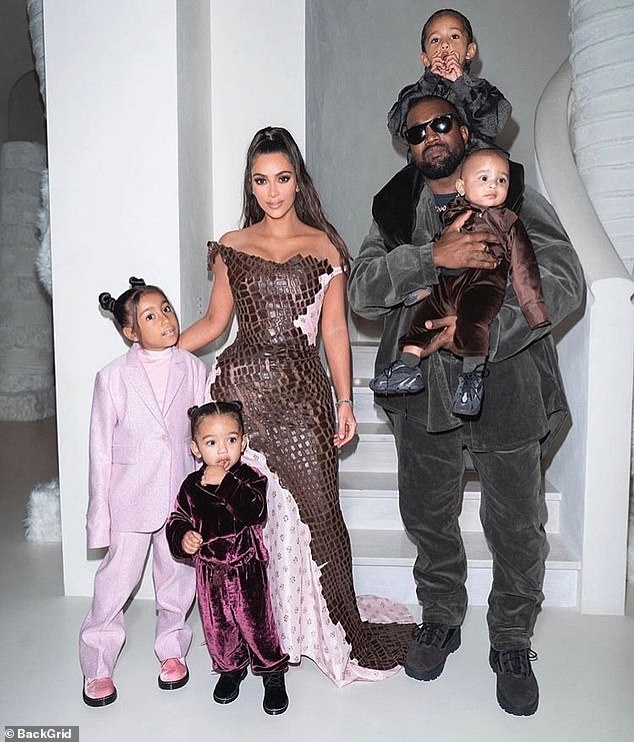 Expanding the family: The estranged pair went on to welcome four children over the course of their relationship; they are all seen in 2020

Although the pair had experienced friction between them in the past, their arguments began becoming more frequent over the course of their period of quarantine in 2020.

In July of last year, West appeared at a rally in support of his presidential campaign and claimed that his then-wife came close to having an abortion during her first pregnancy, among other allegations.

The former couple attempted to patch things up between them over the next few months before they officially separated in January, and Kardashian officially filed for divorce the following month.

In April, West responded to the filing and requested joint legal and physical custody of their children. Moving apart: The couple experienced much friction during their time together, and their issues came to a head during their shared period of quarantine

During a recently-aired episode of Keeping Up With The Kardashians, the supermodel spoke about how her personality and lifestyle ultimately did not work well with West’s.

She said, ‘I think he deserves someone who can go support his every move and go follow him all over the place and move to Wyoming. I can’t do that!’

The social media powerhouse went on to express discontent regarding her love life and that she only wanted to find someone that she truly connected to. 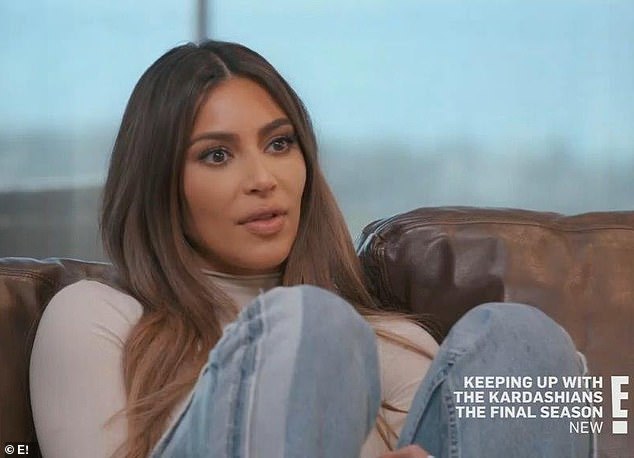 Getting real: Kardashian said she felt ‘like a f***ing failure’ after filing for divorce during a recently-aired episode of KUWTK