Home » Celebrities » Kourtney Kardashian and Travis Barker Are Not Engaged, Despite Rumors

Kourtney Kardashian and Travis Barker Are Not Engaged, Despite Rumors 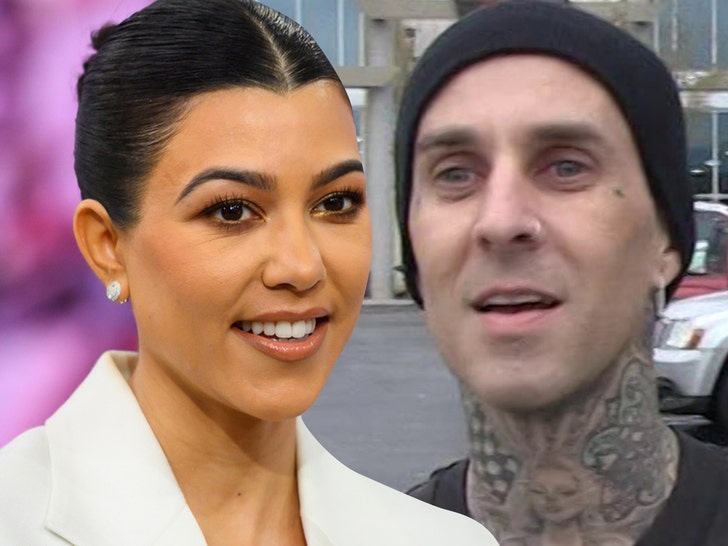 Kourtney Kardashian and Travis Barker had the Internet buzzing with engagement rumors after their recent weekend together in Las Vegas … but it just ain’t so.

The couple took in Conor McGregor‘s gnarly loss to Dustin Poirier last weekend, where they made out ringside, but it’s what happened back at their hotel that had people talking. Travis’ daughter, Alabama, posted a “So happy for you guys” photo of Trav and Kourt smiling — and fans assumed the best, the couple was engaged to be married. 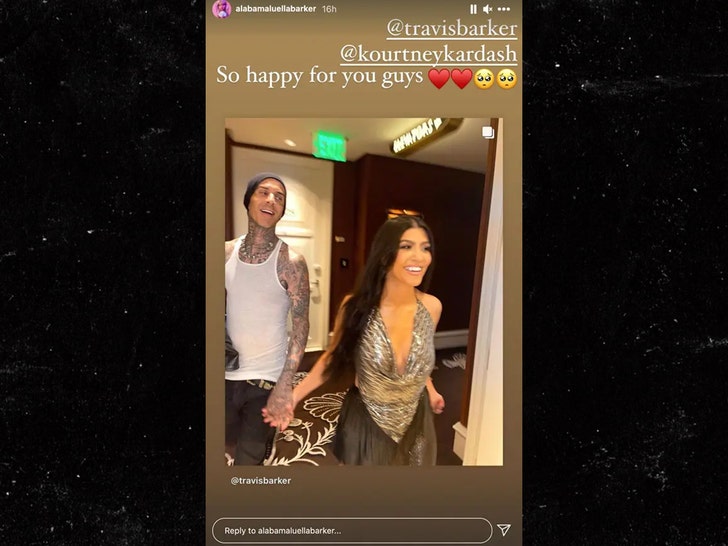 However, we’ve spoken to multiple sources close to the couple who all tell us the same thing — Travis and Kourtney are a happy couple, but he didn’t put a ring on it. Yet.

As for why Alabama posted the pic? She’s happy to see her dad happy.

Kourtney helped to add to the engagement buzz when she posted a photo Thursday of herself with a ring on … though it was on her right hand, it certainly looked like the engagement type.

Travis and Kourtney’s relationship has really taken off in the last few months … we’ve seen them at Disneyland, in the studio and road tripping through CA and beyond.

At this point, no one would be shocked if they settle down together, but fans just have to pause the celebration.