If there’s one thing Kourtney Kardashian and her fiancé Travis Barker have quite a lot of, it’s love for one another.

Such love was on full display the other night when the couple enjoyed a romantic movie night on the beach.

The reality star, 42, and the Blink-182 drummer, 46, watched the classic 1990 holiday movie, Home Alone, during their night together. 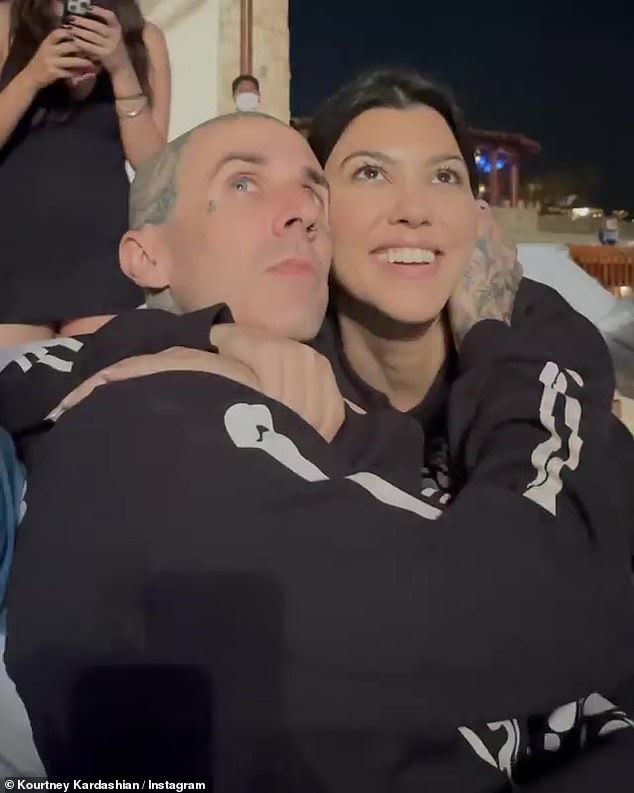 Enjoying a romantic evening: Kourtney Kardashian and Travis Barker enjoyed a movie night on the beach together

Their evening was lit by dozens of candles which lined the sand of the venue.

While sparks always fly between the two celebrity lovers, the evening’s fireworks were more literal than figurative.

Barker and Kardashian launched a number of fireworks to cap off their evening, bathing in the light as the aerodynamic containers exploded. 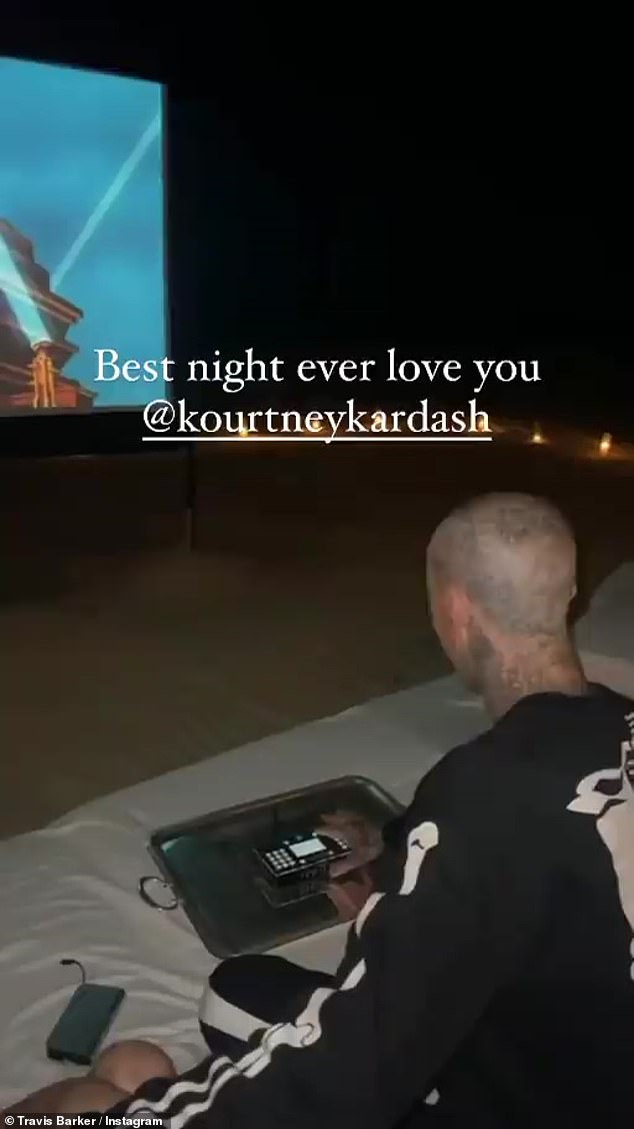 Deeply in love: Barker posted a loving message for Kourtney on his Instagram and shared videos from their evening together 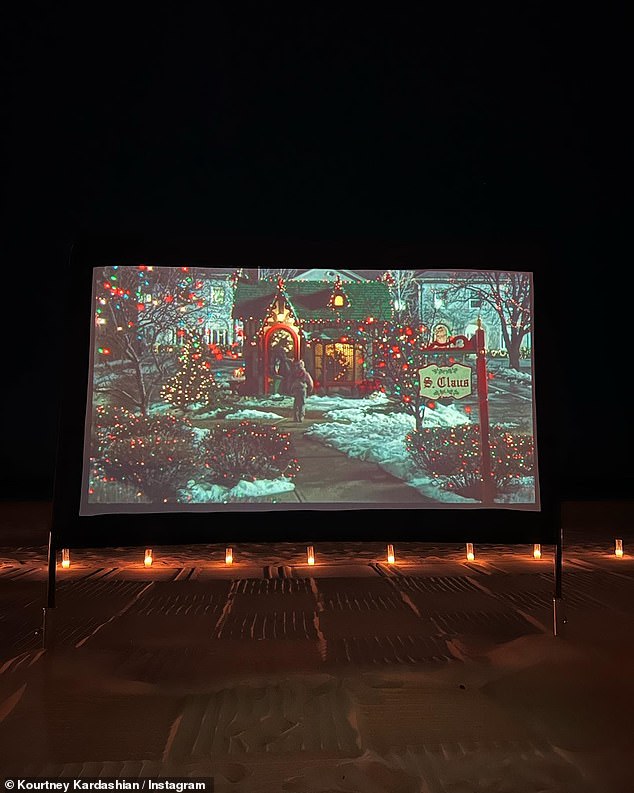 Getting in the hoiday spirit: The couple watched a Christmas movie on a giant screen for their date night

Both stars donned sweatshirt to keep the chilly air off their skin.

Barker and Kardashian have been basically inseparable since news of their engagement and impending wedding broke.

Travis asked for Kourtney’s hand in marriage on October 17 at the Rosewood Miramar Hotel in Montecito, California.

He got down on one knee amid an extravagant display of red roses and candles, and presented her with an estimated 10-12 carat diamond with a reported cost of more than $1 million. 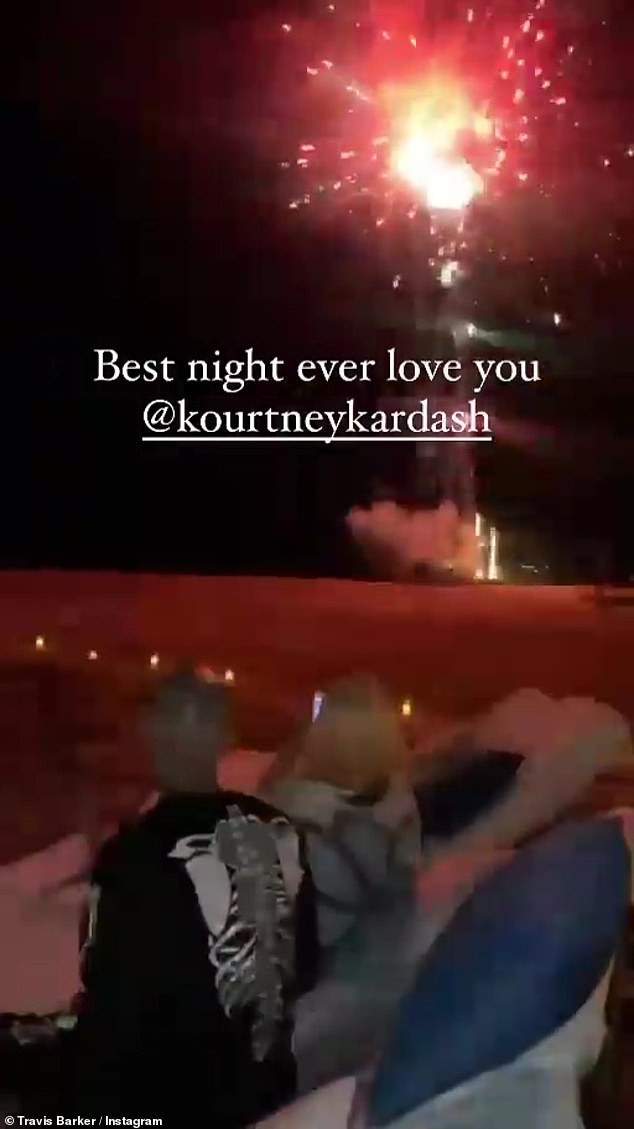 Literal and metaphorical fireworks: Barker and Kardashian looked on as a number of fireworks exploded to cap off the evening 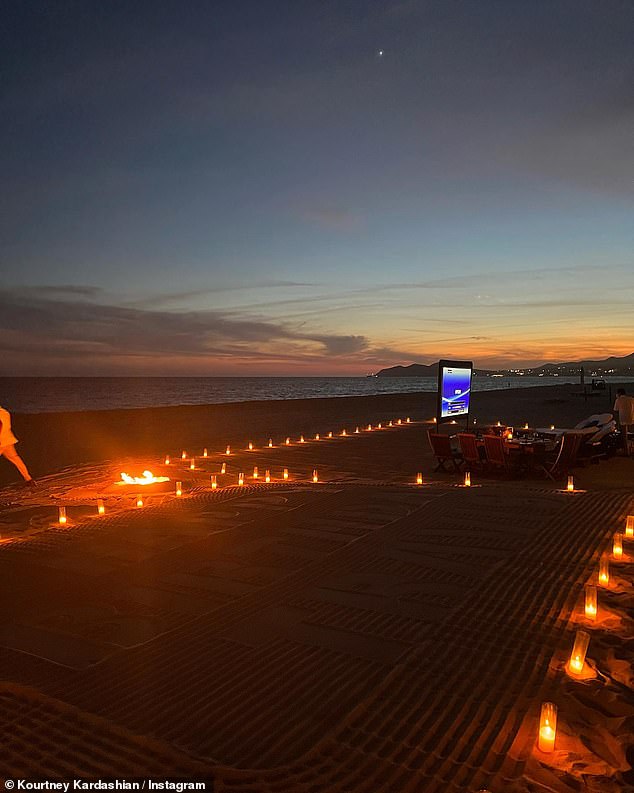 A candle lit pathway: A number of candles all along the sand set the mood for the evening

Since the engagement there’s been an indication that the pair will marry sooner rather than later.

On his better half’s recent Instagram post, which showed the pair at a friend’s wedding, Barker commented, ‘Our turn next,’ followed by a red rose emoji seemingly saying that their event was happening in the near future.

The couple has spared no expense on one another either with Kourtney recently purchasing Barker a classic car that, if his Instagram caption is any indication, he adores.

‘When your dream girl gets you your dream car @kourtneykardash,’ the caption read to which his love replied, ‘You deserve the world.’ 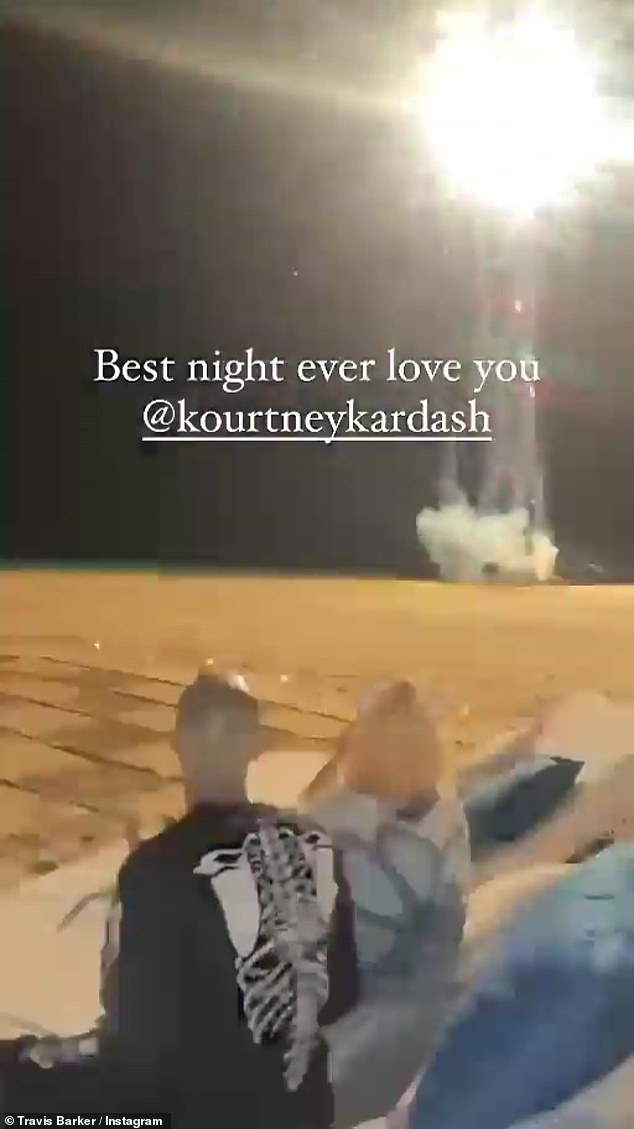 Married soon? Since the engagement there’s been an indication that the pair will marry sooner rather than later including in a comment Barker made on Instagram 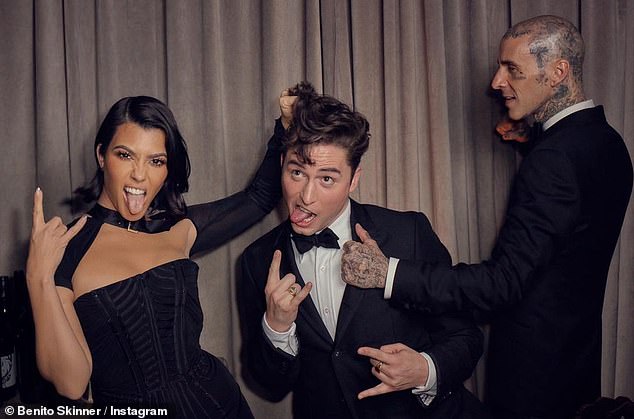 Another wedding pic: Kardashian posted a couple more pictures on Sunday, one of which was from a wedding she and Barker attended earlier this month

Kardashian posted a couple more pictures on Sunday, one of which was from a wedding she and Barker attended earlier this month.

It showed Kardashian and Barker with actor Benito Skinner. The three posed next to each other while sporting punk rock symbols at the wedding.

The other showed Kourtney standing in front of a mirror in work out clothes. She wore a small, maroon sports bra and a matching pair of tight leggings. 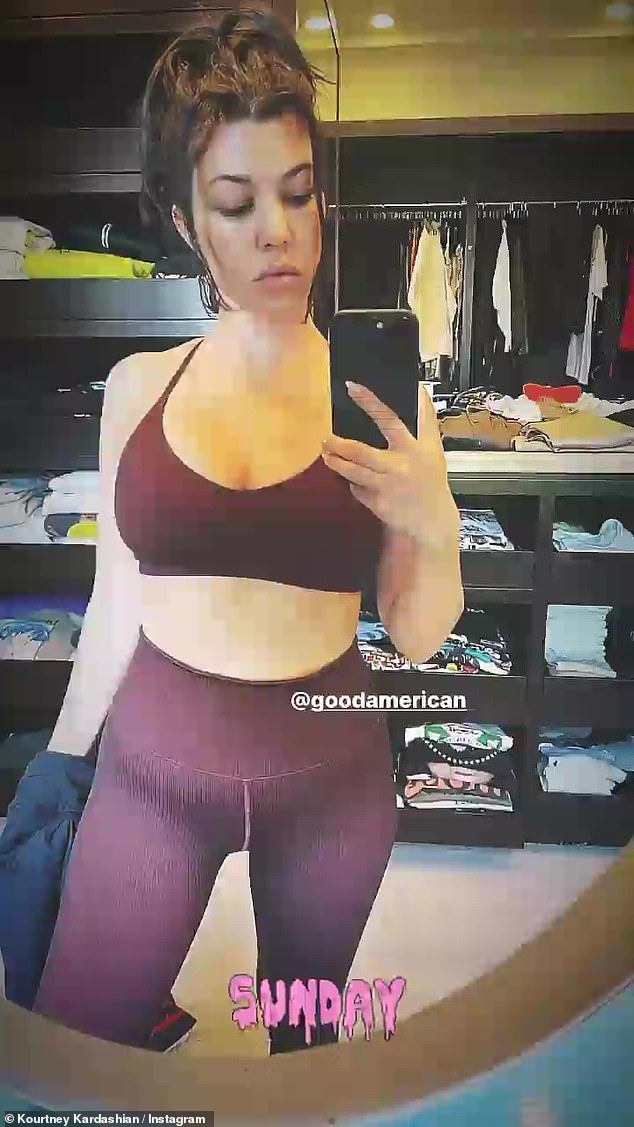 Looking ready to workout: One photo showed Kourtney standing in front of a mirror in work out clothes. She wore a small, maroon sports bra and a matching pair of tight leggings