Kris Jenner revealed that her ‘sweetheart’ future son-in-law Travis Barker asked for her blessing before he proposed to Kourtney Kardashian.

Kris Jenner revealed that Travis Barker asked for her blessing before proposing to Kourtney Kardashian. The Kardashian-Jenner matriarch, 65, will join Ellen DeGeneres to celebrate her final Halloween show on The Ellen DeGeneres Show on Friday, Oct. 29. In a sneak peek, the momager — dressed in a spectacular Cruella de Vil costume — called the gesture “sweet” and said that her daughter, 42, and the Blink-182 drummer, 45, are “made for each other.”

“They’re really made for each other,” Kris said. “They really are. They’re the cutest couple. They’re so in love. And, you know, they let us know they’re so in love, constantly.” When asked about how it felt to be at the center of all that PDA, Kris said, “You feel, you know, like they’re the only two people in the room, and we almost don’t know what to do with ourselves.” The reality TV star joked, “I’m looking for a closet to hide in and somewhere to go.”

“They’re in that stage,” Kris continued. “And it’s really, really special. I’m so excited. He was really cute. He did that all on his own,” she said of the romantic proposal, which took place at a beach in Montecito, California on October 17. Travis set up candles and dozens of red roses to form a shape of a heart on the sand, proposing to his girlfriend of nearly a year at the center of the arrangement. Kris called her soon-to-be son-in-law a “sweetheart.” 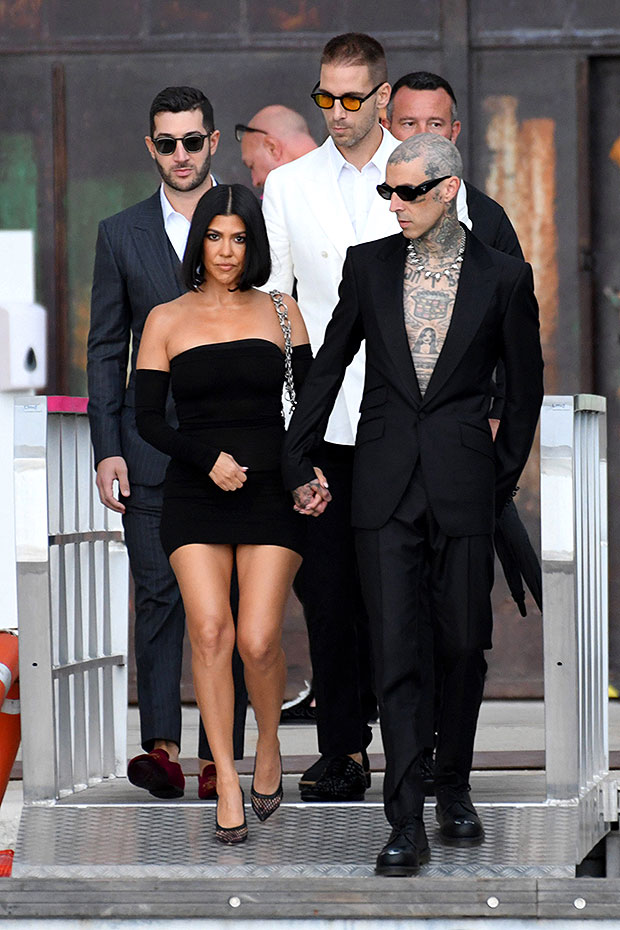 Kris also chatted about daughter Kim Kardashian‘s infamous 2021 Met Gala look. The SKIMS founder, 41, wore an all-black Balenciaga outfit that covered every inch of skin and face, which made it hard to see and breathe, according to Kris. The star told Ellen that her boyfriend Corey Gamble had to lead Kim around and assist with her very long ponytail at the event. “He was somebody pulling her around and a hairstylist at the same time,” the matriarch revealed.

As for her youngest Kylie Jenner, Kylie said that she was doing “great” amidst her second pregnancy with Travis Scott. With 11 grandchildren and soon, one new son-in-law, the Kardashian and Jenner clan is expanding. A source previously told HollywoodLife that the family — especially Kourtney’s children Penelope, 9, Mason, 11, and Reign, 6 — is thrilled about Kourtney’s engagement and the addition of Travis to the family. “The kids are super happy about this, as is Kourtney’s entire family,” the source said. “They adore Travis and they love their blended family.”