Billionaire bash! Kylie Jenner splashes out on a HUGE inflatable water slide for her backyard ahead of July 4 party

She spares no expense when it comes to holiday celebrations.

And Kylie Jenner, 23, geared up for July fourth weekend with an over the top water slide in her Hidden Hills backyard.

The makeup mogul shared a glimpse of her holiday preparations which included a massive inflatable slide for daughter Stormi, three, and friends. 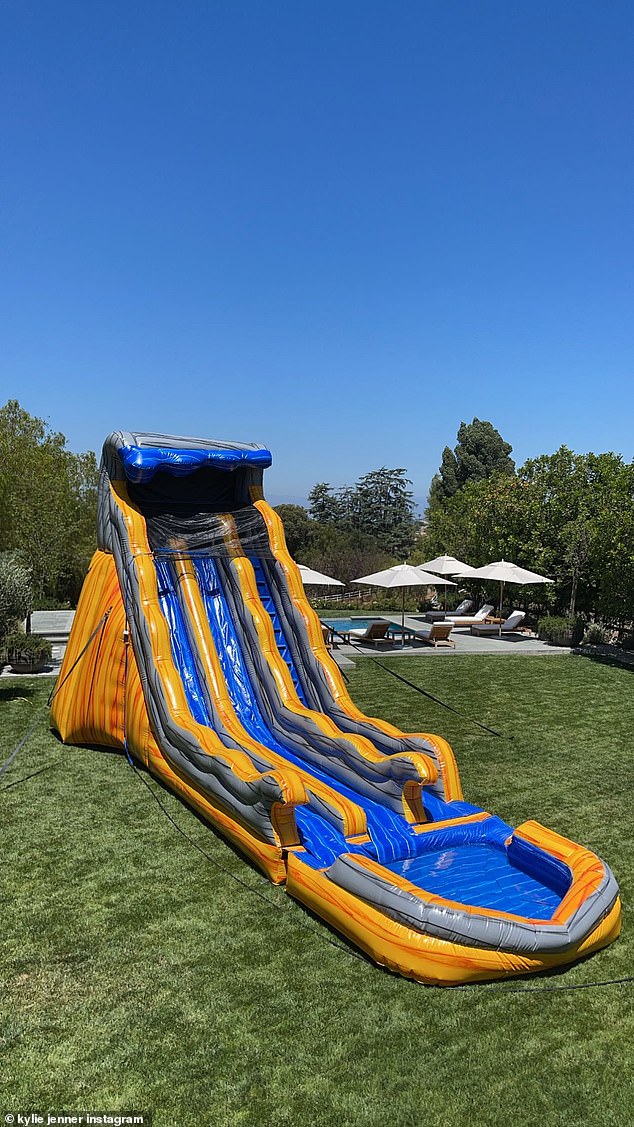 Holiday ready! Kylie Jenner, 23, shares a glimpse at her July fourth preparations as she splashes out on a massive inflatable water slide for her Hidden Hills mansion

The towering blue and yellow slide looked to fit expertly in her multi-acre backyard — with lots of room to spare for other festive touches.

Her over the top celebrations are known to be full service with lots of food and beverage and custom touches including pricey looking floral displays.

For on-again beau Travis Scott on Father’s Day, she shelled out tens of thousands of dollars to fill both the interior and exterior of her Holmby Hills home with a generous amount of sunflowers.

She also commissioned beloved Kardashian florist Jeff Leatham to create massive daisies to float in the pool made out of white and yellow carnations. 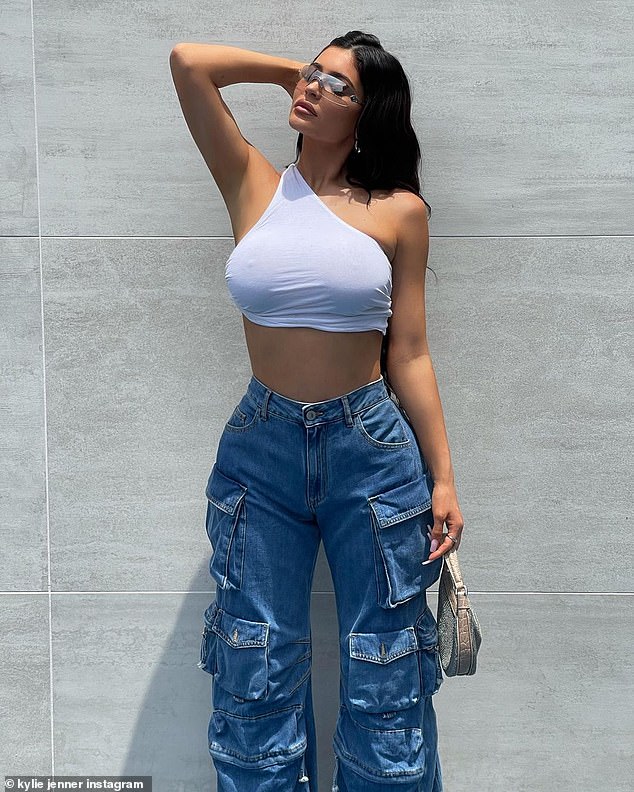 Extra: The cosmetics mogul does not take holidays lightly 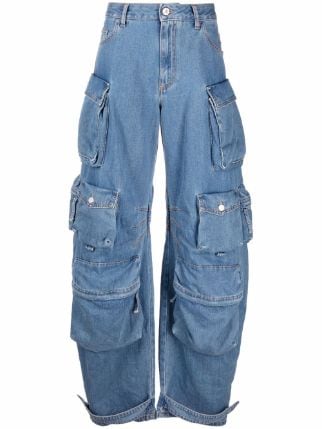 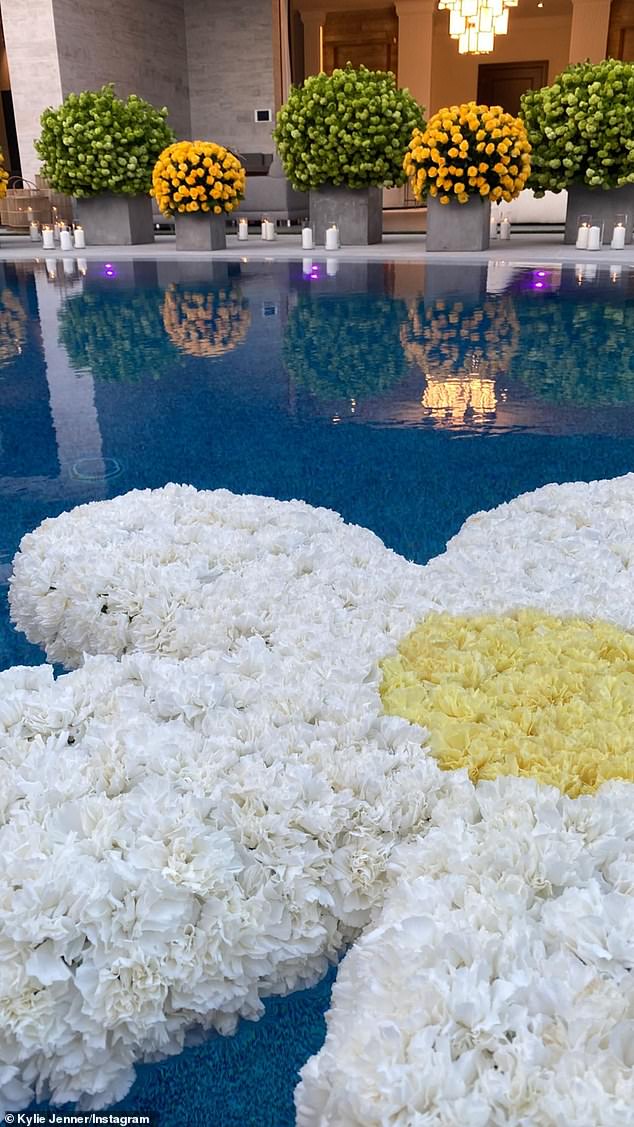 Father’s Day: On Father’s Day alone for Travis she commissioned tens of thousands of flowers to fill the interior and exterior of her Holmby Hills home 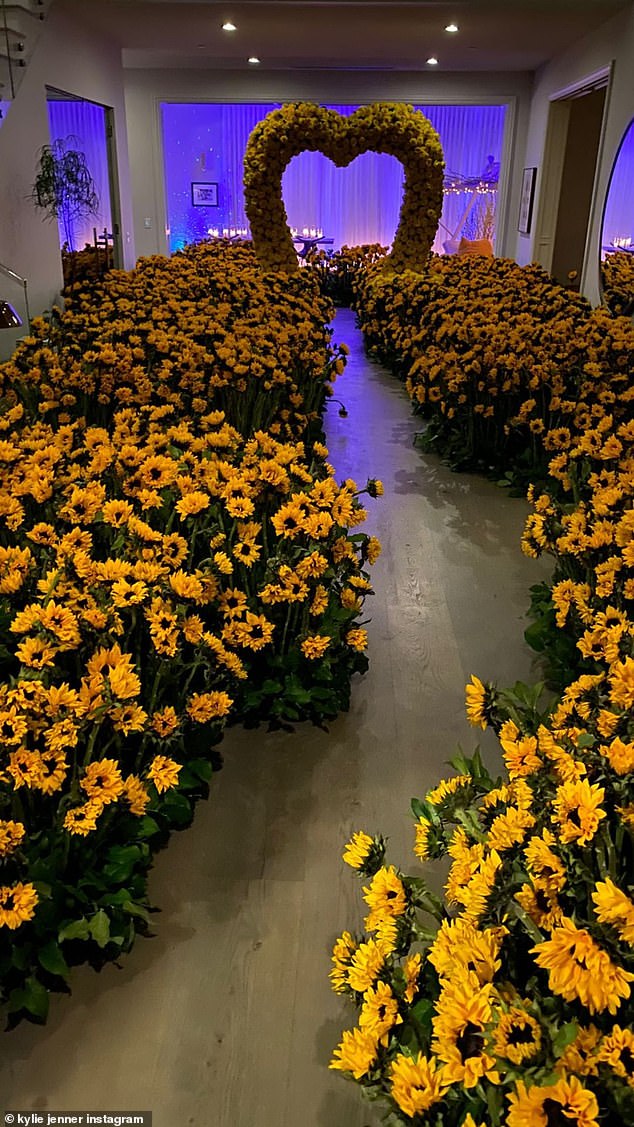 Pricey: The billionaire opts for over the top floral displays at any chance she can get

The whole Kardashian-Jenner family is known to go above and beyond when it comes to anything from birthdays to themed parties for the sake of fun.

And now as a mom, she has all the more reason to make every holiday memorable for her mini-me daughter on a billion-dollar budget.

Though the the COVID-19 pandemic forced the family to lightly taper back much of their celebrations in 2020, they all found ways to make things special. 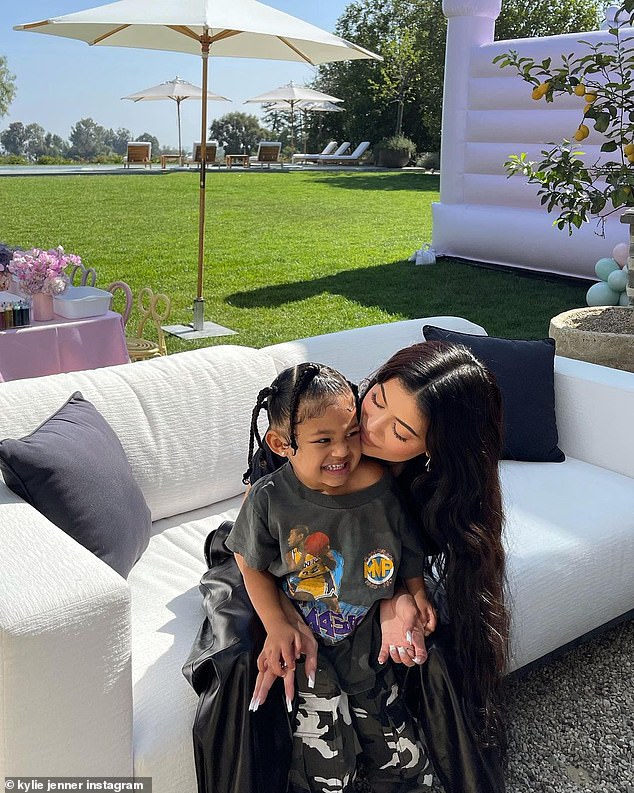 Stormi: Now as a mother of one she has even more of an excuse to make the holidays fun for Stormi 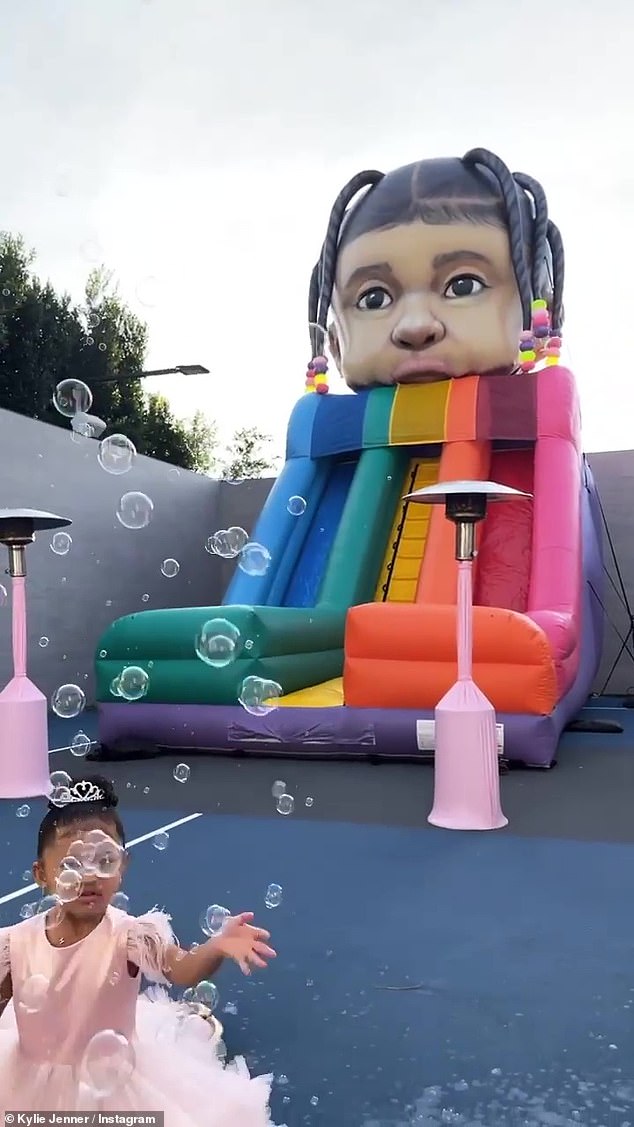 Scaled back: On Stormi’s third birthday she opted to throw a tapered back ‘Stormiworld’ in her backyard 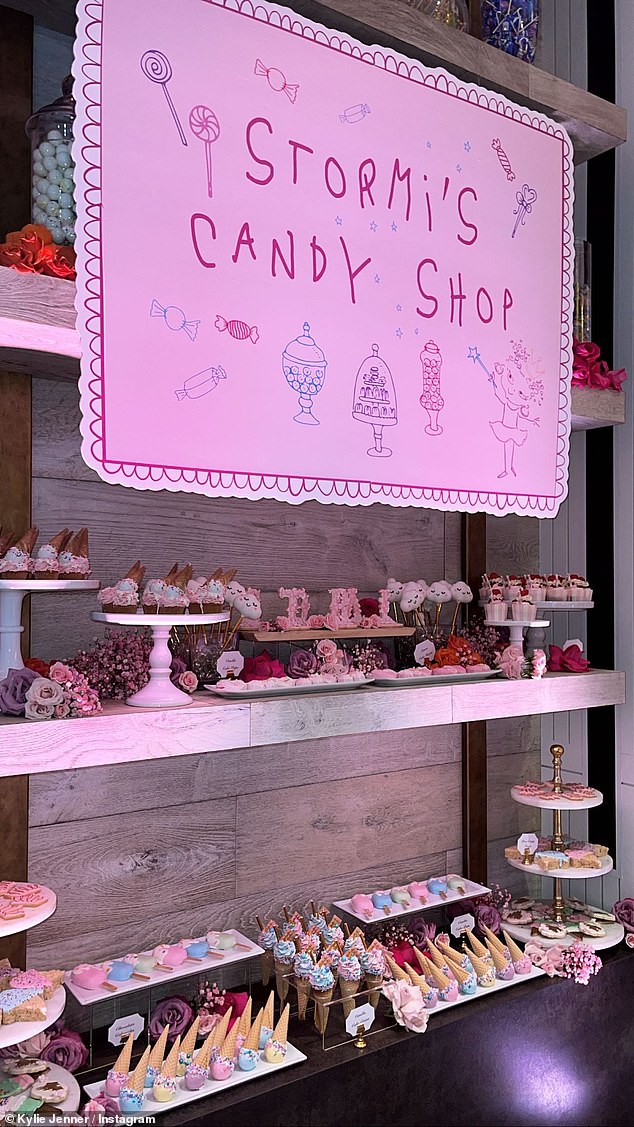 Special moments: That party included an expertly curated display of sweet treats under the guise of ‘Stormi’s candy shop’

On the fashionable tot’s birthday Kylie opted out of a third massive Stormiworld celebration but instead brought it to her backyard.

Jenner had also splashed out on another inflatable slide for that occasion, but this time with Stromi’s face on it.

But now that the world has re-opened amid the vaccine rollout and deadly virus cases have significantly decreased, it now appears as if Kylie is making up for lost time. 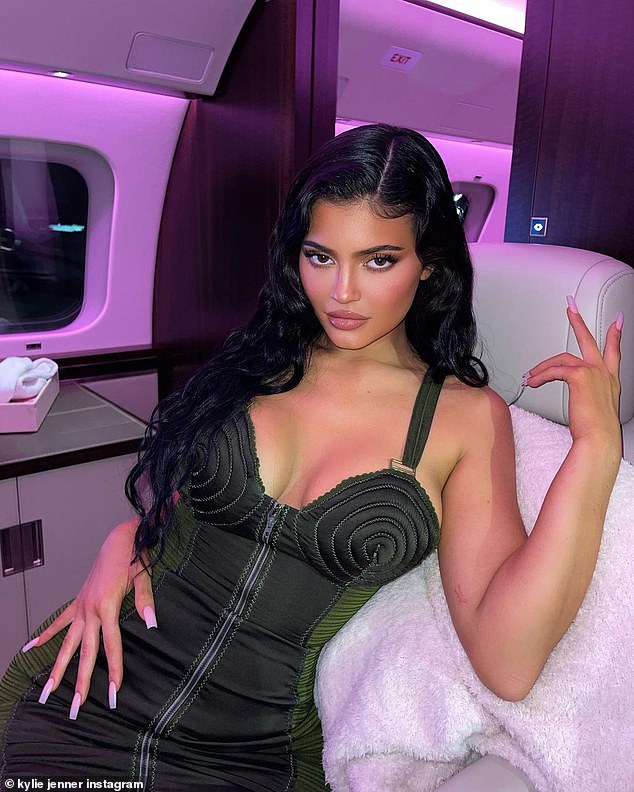 Billion dollar budget: The Kylie Cosmetics mogul is known to spare no expense for any occasion