Lauren Goodger and her boyfriend Charles Drury posed for a cute photo with their mini-me baby daughter Larose on Instagram on Saturday.

The couple, who  welcomed their first child together in July,  have been navigating life together as new parents and couldn’t resist wearing matching black outfits.

The TOWIE star, 34, showed off her curvaceous figure in black gym leggings and a tight fitting top, while Charles, 24, donned a Nike sports top and jeans. 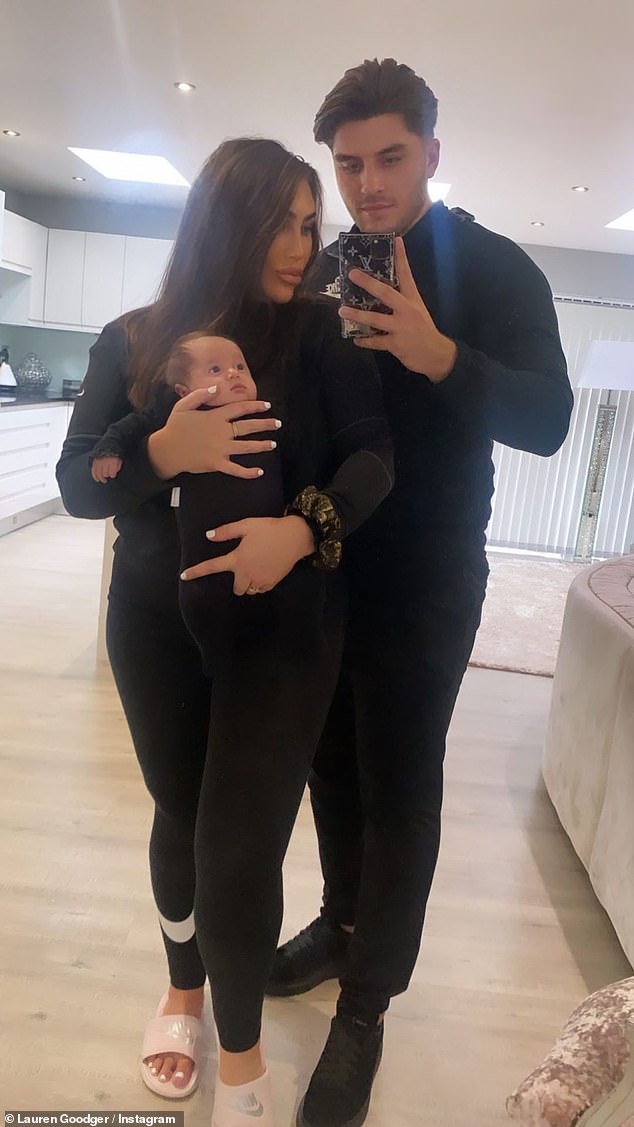 How cute! Lauren Goodger and her boyfriend Charles Drury posed with their daughter Larose in the mirror while wearing all black on Saturday

Larose seemed entranced by the camera as she gazed up at Charles holding the phone, as Lauren cradled her baby girl in her arms.

While the television personality has gushed over life as a new mother, it hasn’t been all plain sailing, with the former TOWIE star revealing she’s been victim to cruel comments from trolls.

Speaking to Closer magazine, Lauren said: ‘I have a new respect for my body and what it’s given me. I’m a new mum, I’m healing and my body has changed. 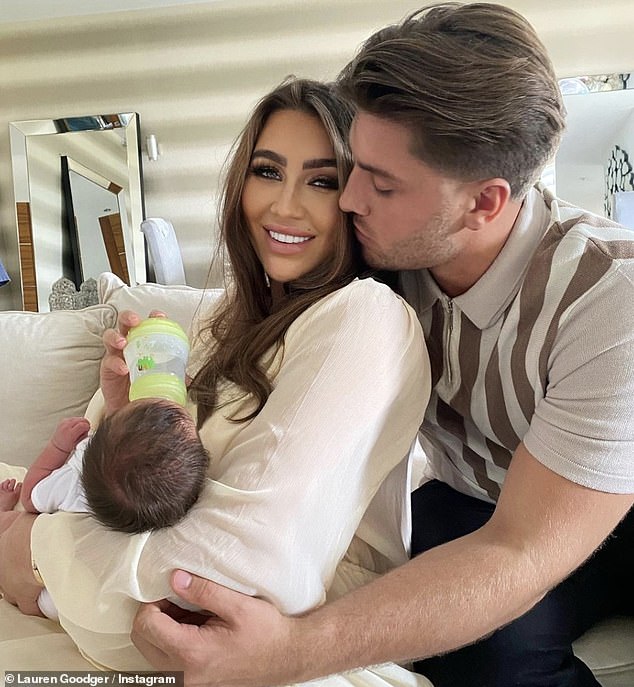 Hitting out: Lauren welcomed daughter Larose on July 20 with boyfriend Charles and has recently been slammed online trolls for criticising her post-baby figure

‘I think the trolls need to get a life. No one should be criticising a new mum on her appearance.

‘At one point I didn’t even shower for three days. My priority isn’t me anymore, it’s her [Larose], so that means I don’t have time to put in as much effort.’

The former TOWIE star also praised Charles, gushing: ‘He has been amazing, especially for a young guy – changing nappies, getting up in the night. He’s even been feeding me my dinner.’

Elsewhere Lauren admitted that she’s ‘glad’ she had her first child at this point in her life, because she has ‘more life experience.’ 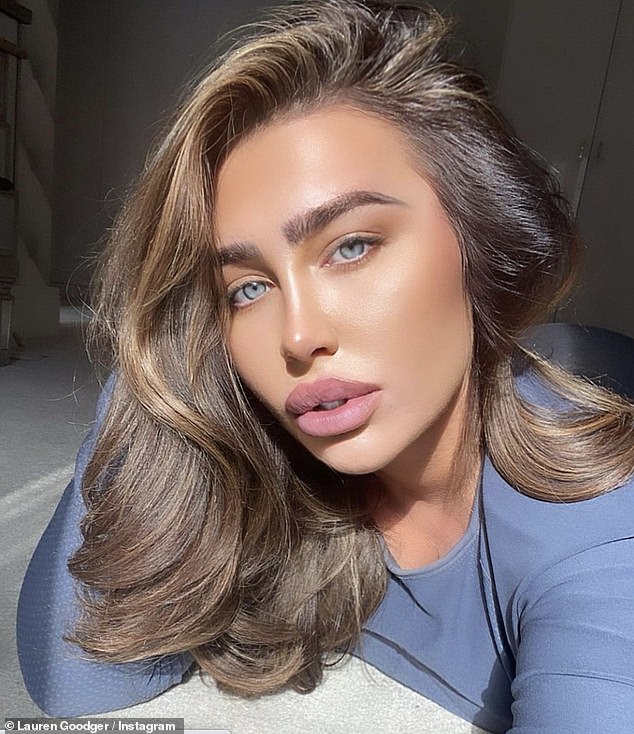 New priority: The new mum also revealed she didn’t shower for three days after Larose’s birth, because newborn daughter is her priority

The new mum also confessed that breastfeeding has been ‘harder and more painful’ than she’d thought it would be, but is persevering despite her nipples feeling like ‘razor blades.’

At the beginning of the year Lauren confirmed she was three months pregnant in her new magazine column.

Lauren said of her happy news: ‘It’s exciting and we’re really happy. It’s difficult, but we’ve just got through it.’

Recalling the moment she discovered she was pregnant, she said: ‘I was in bed not well with a cold and I was meant to come on that day and I’m always quite regular.

‘We went and bought a test from a bargain shop and I did it – I couldn’t believe it! I rang him and he was like: ‘You’re lying, you’re joking.’ He didn’t believe the test! I did a digital one as well and he walked around with it in his bag for about three days.’ 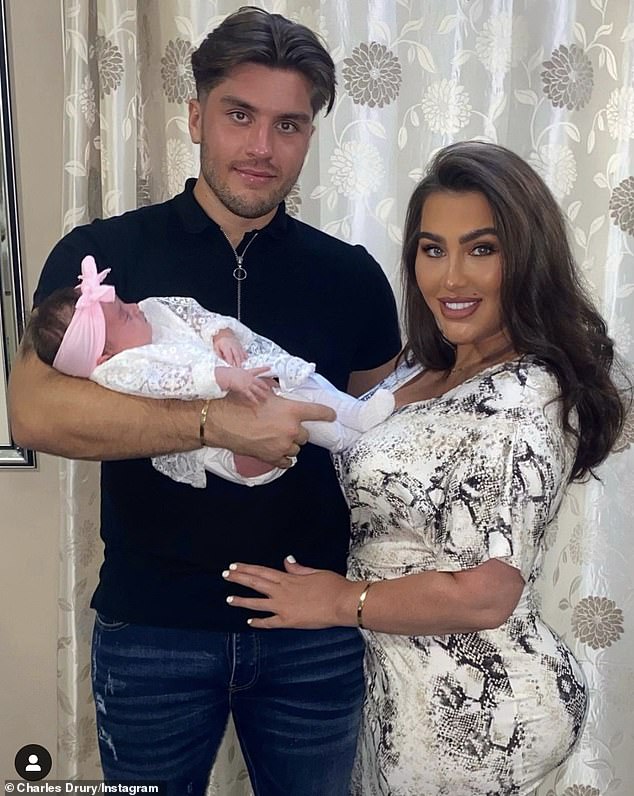 Perfect timing: Elsewhere Lauren admitted that she’s ‘glad’ she had her first child at this point in her life, because she has ‘more life experience’