Leni Klum, 17, is a model daughter as she accompanies dad Seal to The Harder They Fall premiere in LA

She’s a rising model and the daughter of Heidi Klum and Seal.

And on Wednesday, Leni Klum, 17, walked the red carpet at the LA premiere for the Netflix movie The Harder They Fall with her famous dad.

Seal, who adopted Leni shortly after his marriage to Heidi in 2005, has contributed to the soundtrack of the Black western along with Jay-Z and Lauren Hill. 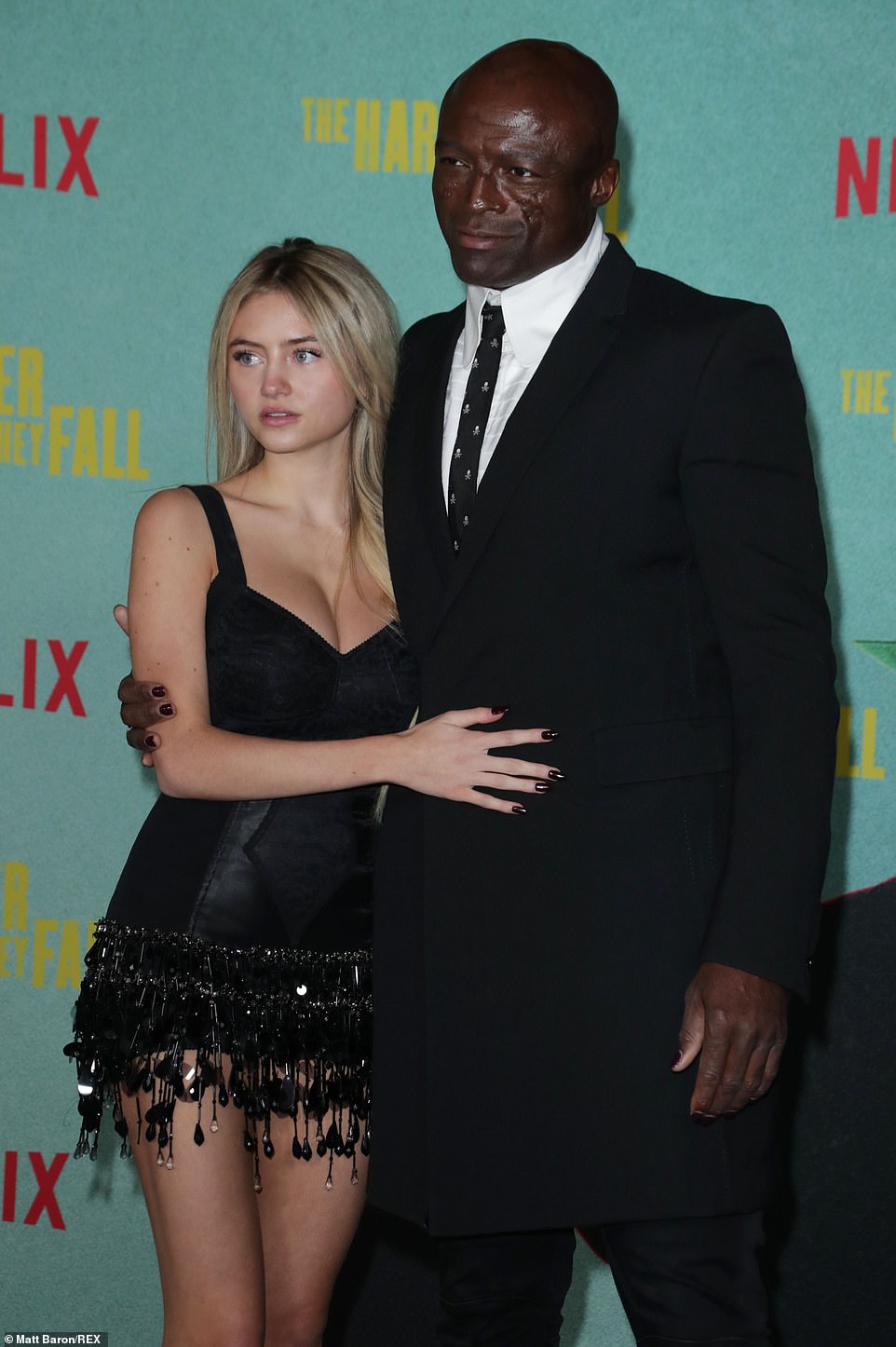 In the spotlight: Rising model Leni Klum, 17, walked the red carpet at the LA premiere for the Netflix movie The Harder They Fall with her famous dad Seal on Wednesday night

Leni, who made her modeling debut on the cover of Vogue Germany’s January/February 2021 issue alongside her model mom, looked gorgeous in a black mini dress with tasseled hem.

The teen’s outfit, which was cinched at the waist, showcased her long legs.

She stepped out in a pair of black strappy heels and left her long blonde hair loose.

Lovely: Leni, who made her professional modeling debut at 16, looked gorgeous in a black mini dress with tasseled hem and a pair of strappy black heels 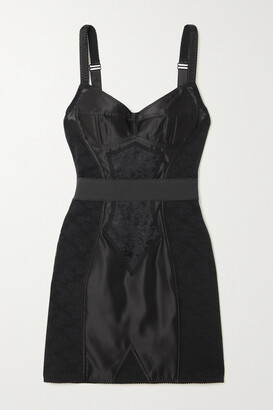 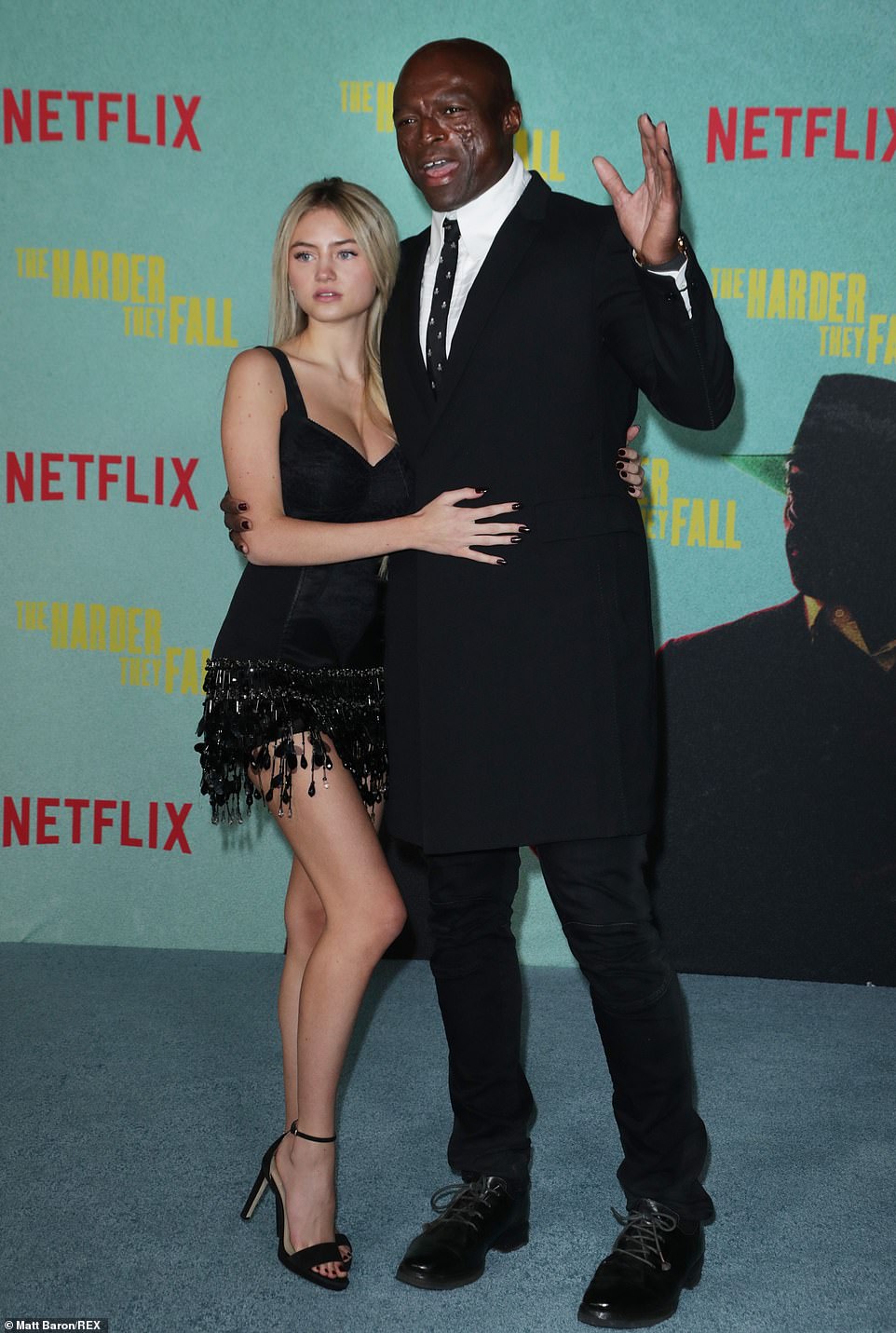 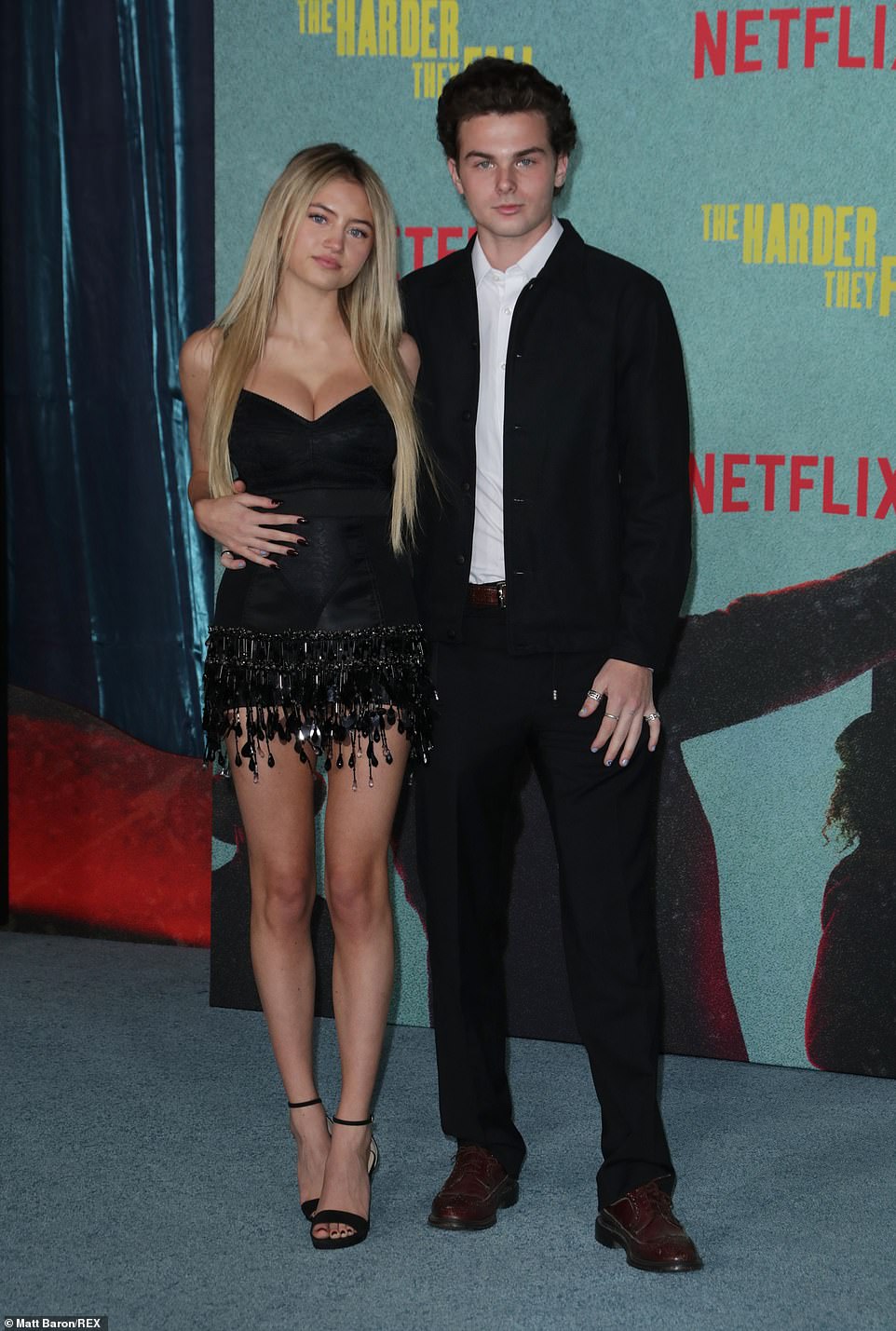 London-born Seal, 58, looked dapper in a black frockcoat with white shirt and tie, along with black jeans and black brogues.

Leni’s biological father is Italian multi-millionaire Flavio Briatore but Seal is basically the only father she has ever known.

She and Seal divorced in 2014 and the TV personality tied the knot with fellow German Tom Kaulitz in 2019. 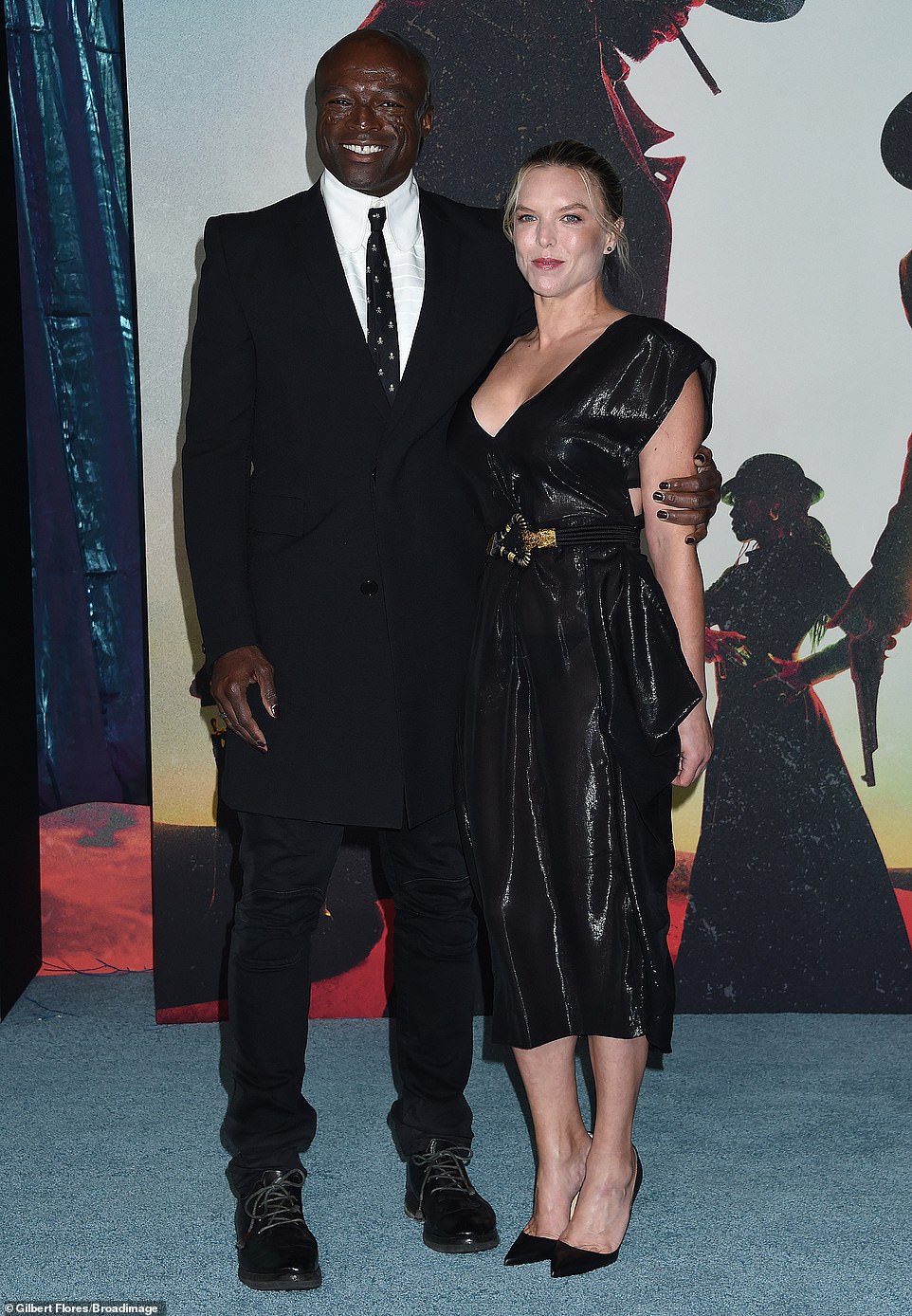 Couple: London-born Seal, 58, looked dapper in a black frockcoat with white shirt and tie, along with black jeans and black brogues. He was accompanied by girlfriend Laura Strayer 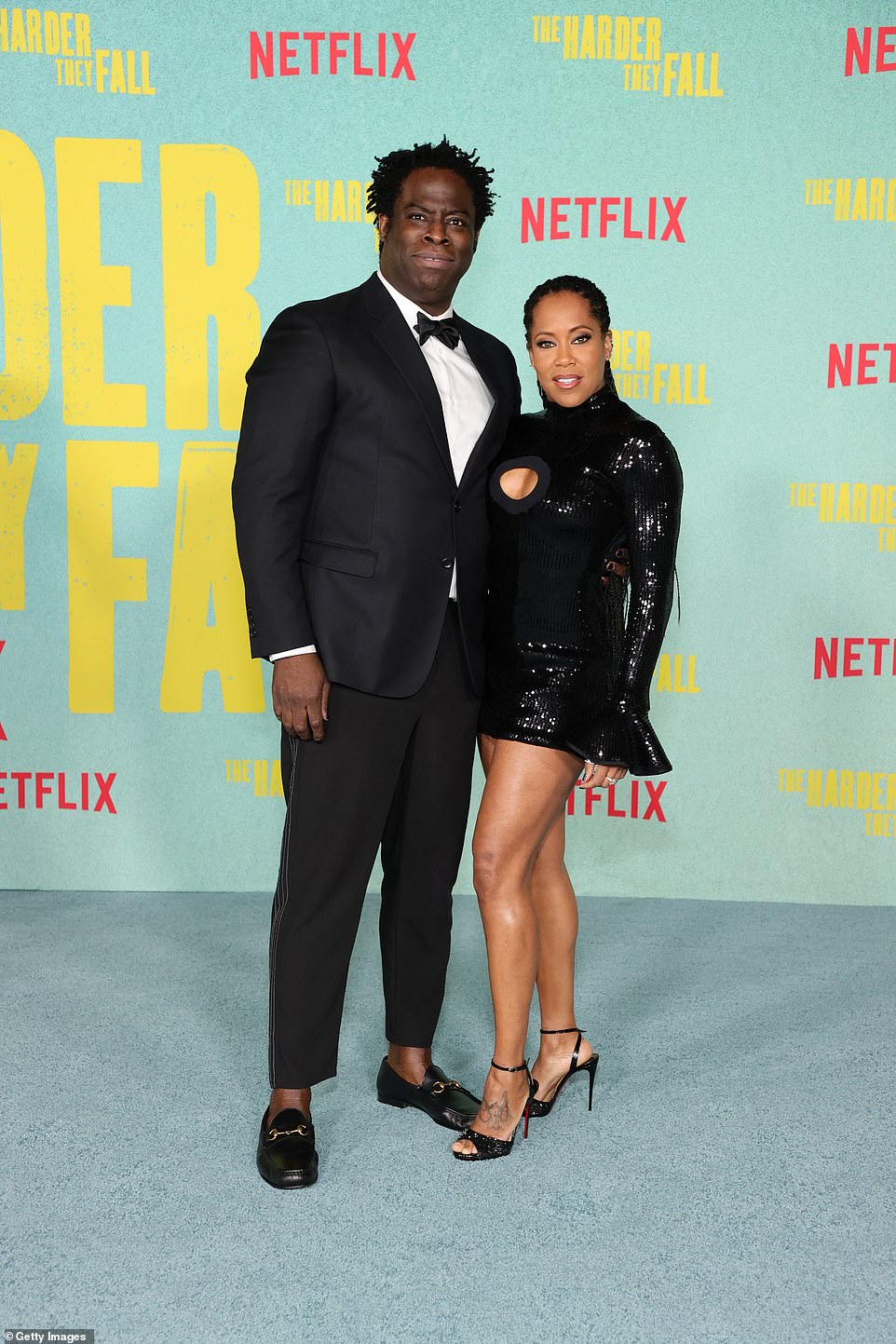 Director and star: King, 50, who stars as Trudy Smith in Netflix’s revenge Western, was spotted posing with the film’s writer-director Jeymes Samuel on the red carpet, held at the Shrine Auditorium in Los Angeles

Jonathan Majors stars as the outlaw Nat Love who sets out to avenge his parents murders when he hears the killer has been released from prison.

Co-stars include Idris Elba, Zazie Beetz, Regina King and Delroy Lindo and the movie will be released on November 3.

Meanwhile, Leni’s burgeoning career is going from strength to strength. 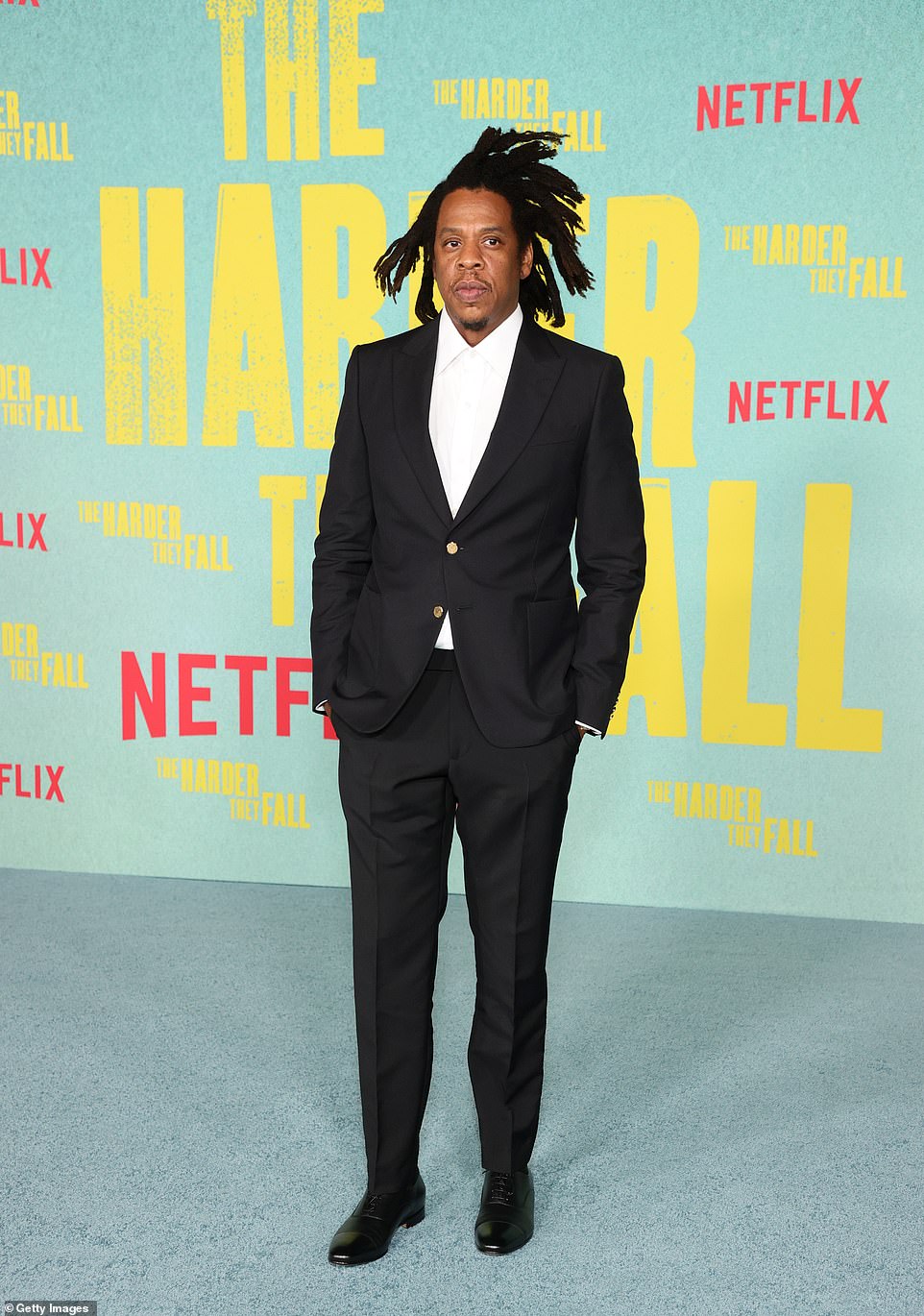 Man with the plan: Jay-Z was also in attendance at the Wednesday premiere of the film which he produced 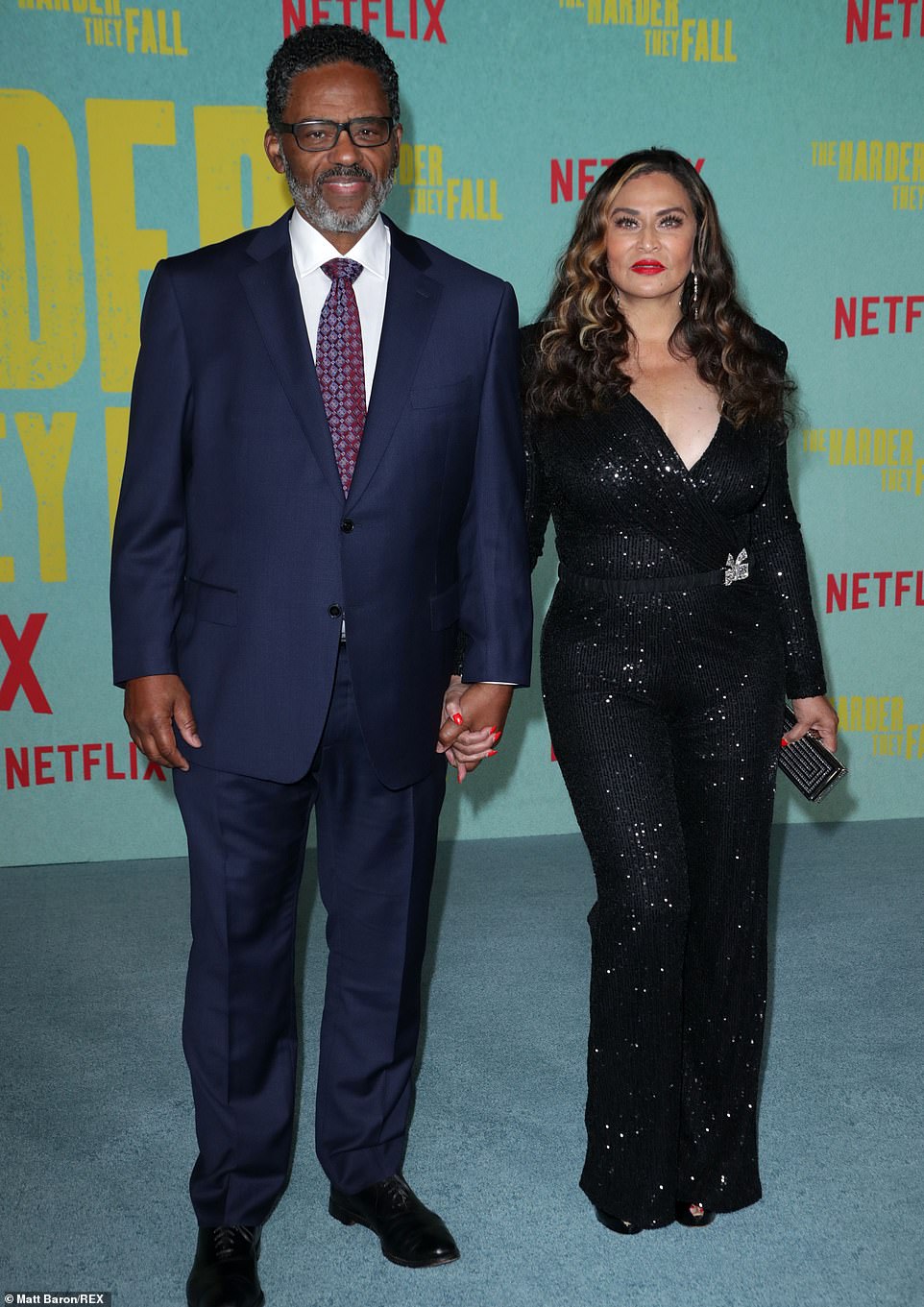 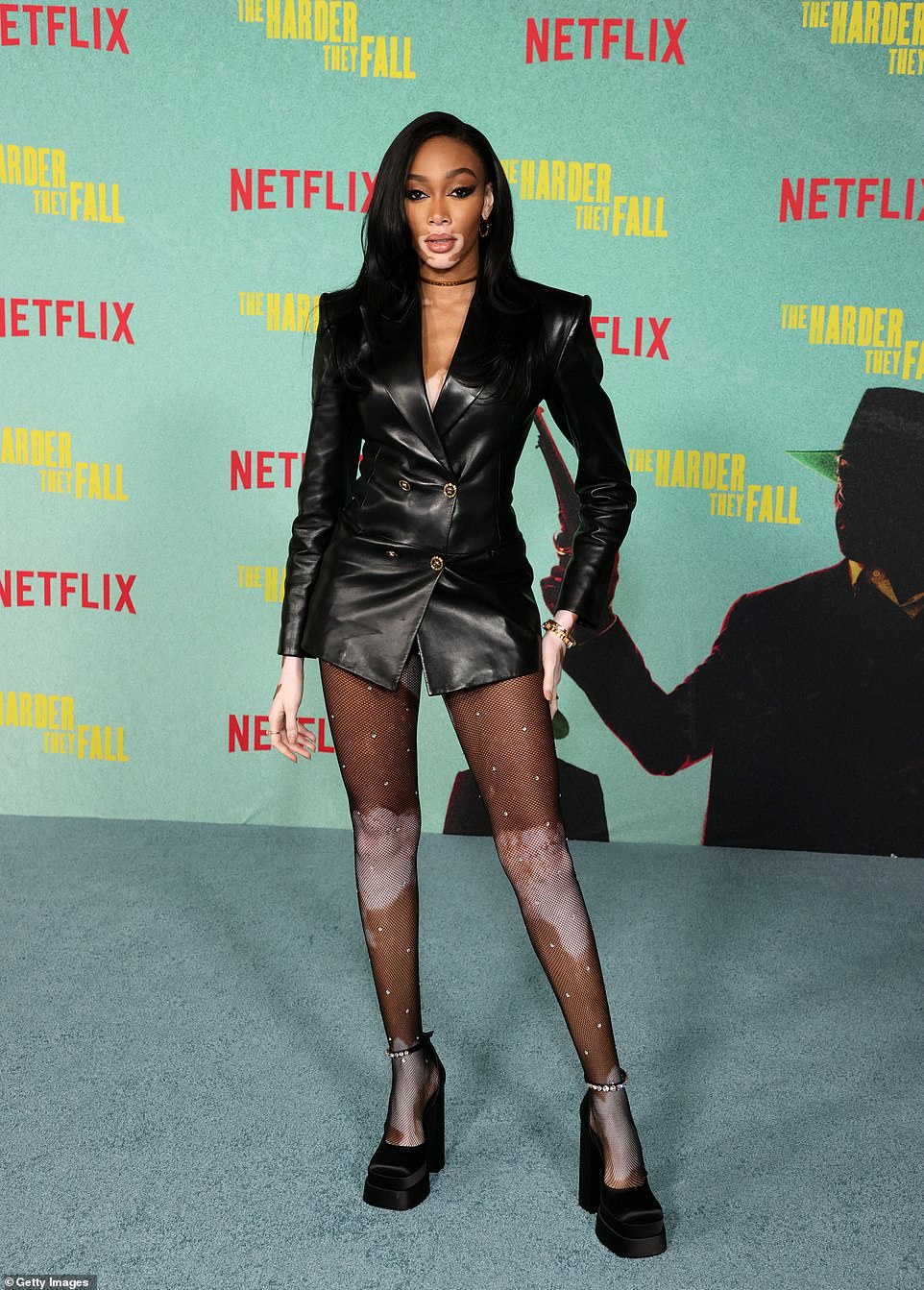 Leggy lady: Winnie Harlow looked absolutely stunning at the premiere for The Harder They Fall in Los Angeles on Wednesday 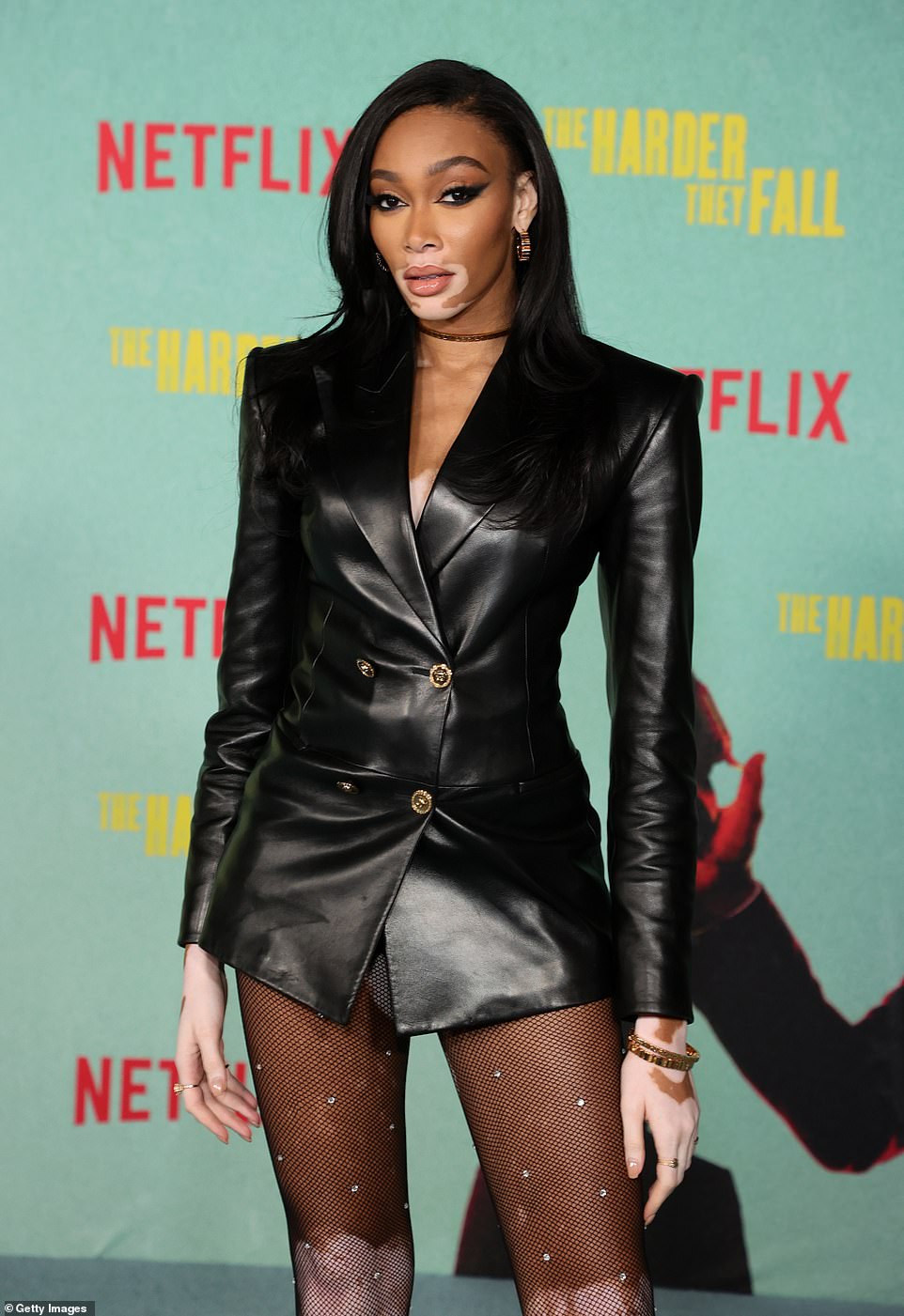 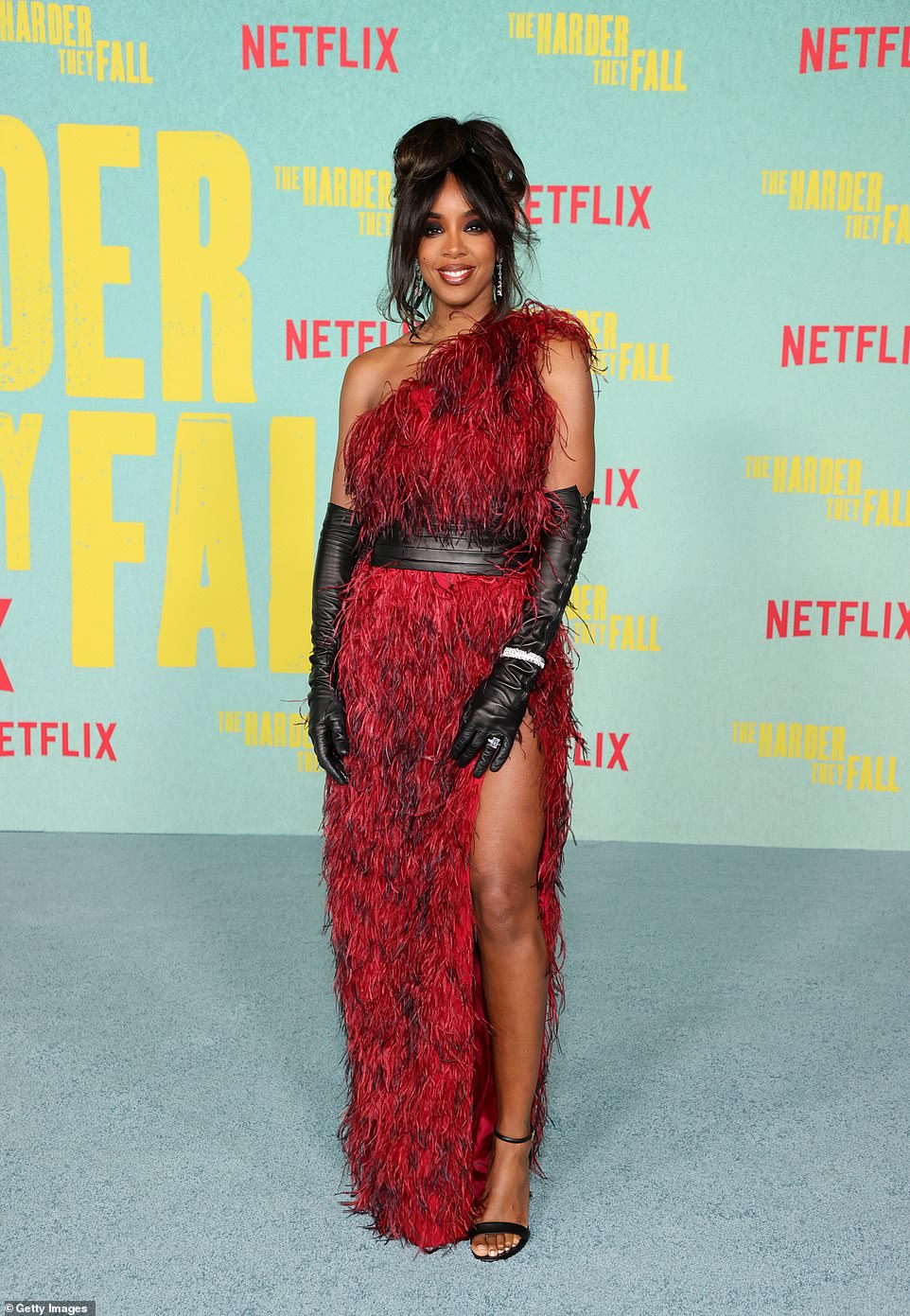 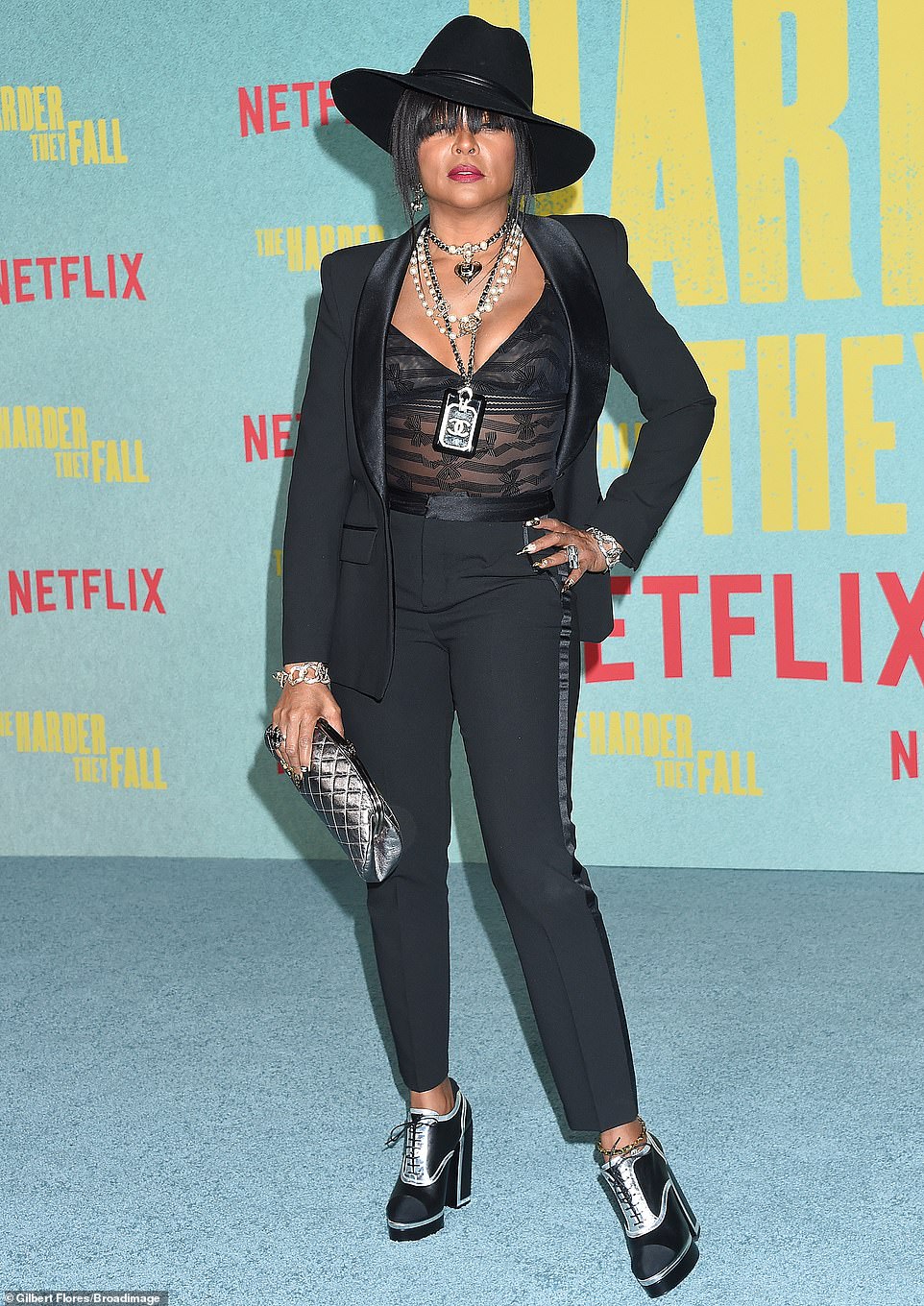 Fabulous in her fifties: Taraji P. Henson  looked absolutely stunning as she arrived

After being forced to wait until she was 16 to professionally follow in her mom’s footsteps, she’s already landed the cover of Glamour Germany, opened Berlin Fashion Week and walked in the Dolce & Gabbana Alta Moda show in August.

Last December Heidi explained to People: ‘I always thought she was too young. We always also decided to keep the children out of the public eye.

‘But she’s driving a car now, she’s 16, so I figured if you can do that, you can also model now if this is what you wish to do.’ 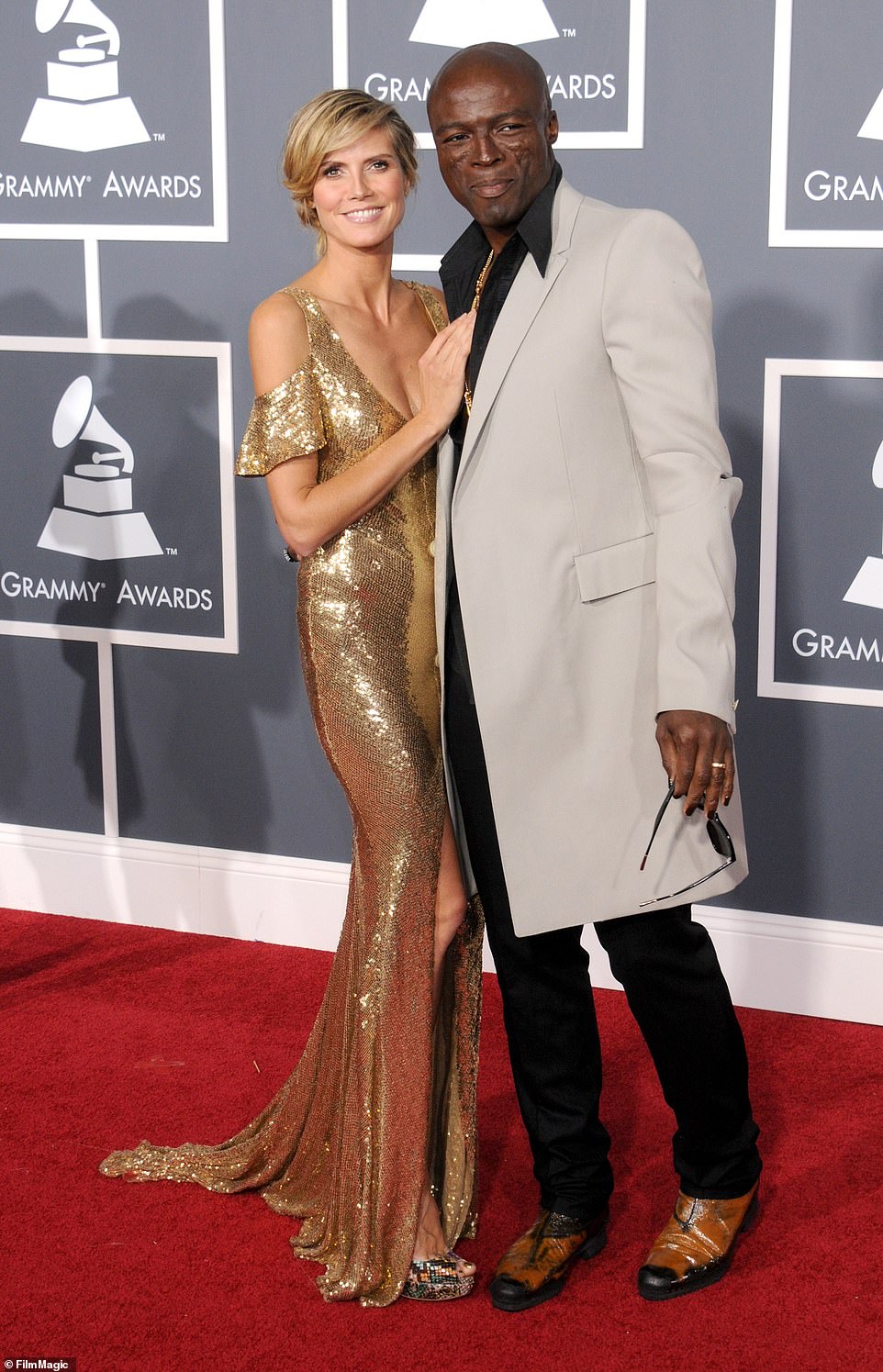 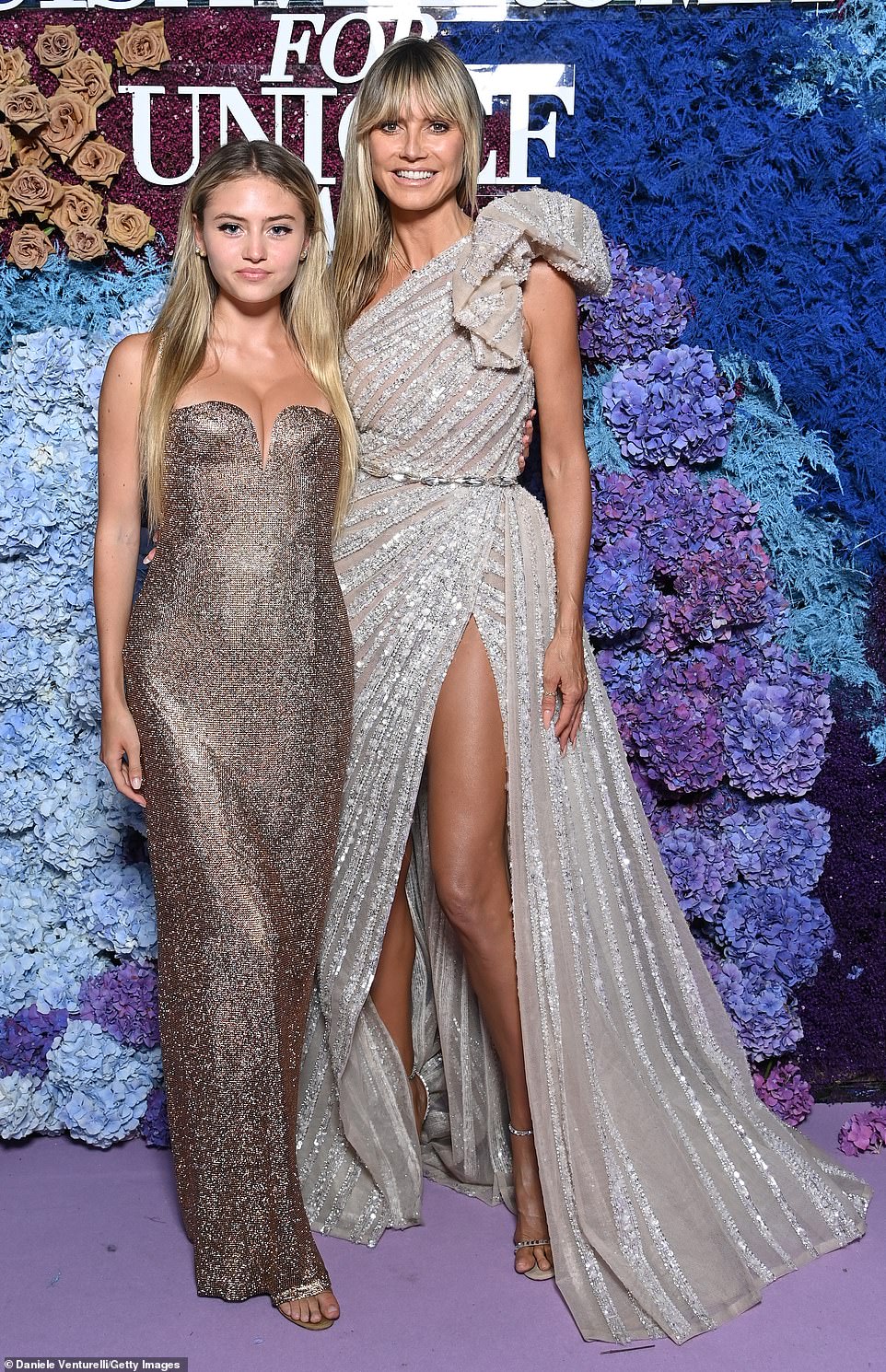 Good genes: Heidi and her lookalike daughter Leni are pictured together at a UNIVEF event in Capri, Italy, in July