Leonardo DiCaprio 'had a problem' with Meryl Streep nude scene

Leonardo DiCaprio didn’t agree with Meryl Streep’s character having a nude scene in their upcoming film Don’t Look Up.

Director Adam McKay, 53, told The Guardian that DiCaprio, 47, expressed to him his disappointment that the character Streep, 72, played had a nude scene (with a body double standing in).

‘You know who had a problem with it? Leo,’ McKay said, adding that ‘Leo just views Meryl as film royalty … although maybe royalty is not a compliment … but as such a special figure in the history of film.’ 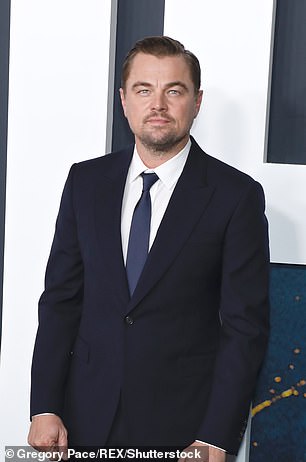 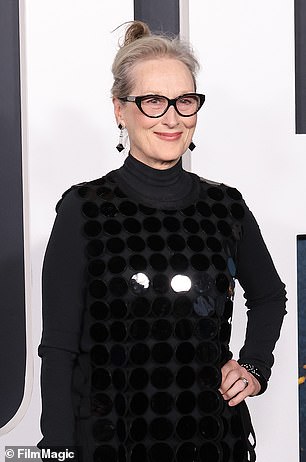 The latest: Leonardo DiCaprio, 47, didn’t agree with the character Meryl Streep, 73, plays in Don’t Look Up having a nude scene, according to director Adam McKay, 53

In the motion picture, Streep plays the role of President Janie Orlean, and the character is seen nude from behind in a scene in the movie.

McKay said DiCaprio ‘didn’t like seeing her with the lower back tattoo, walking for a second naked.

‘He said something to me like: “Do you really need to show that?” And I was like: “It’s President Orlean; it’s not Meryl Streep.” But she didn’t even blink. She didn’t even bring it up. She is fearless.’

DiCaprio told Access earlier this month that the star-studded cast, which also includes Jennifer Lawrence and Jonah Hill, was ‘on their toes when Meryl walked in, as we should be’ in reverence of her work. 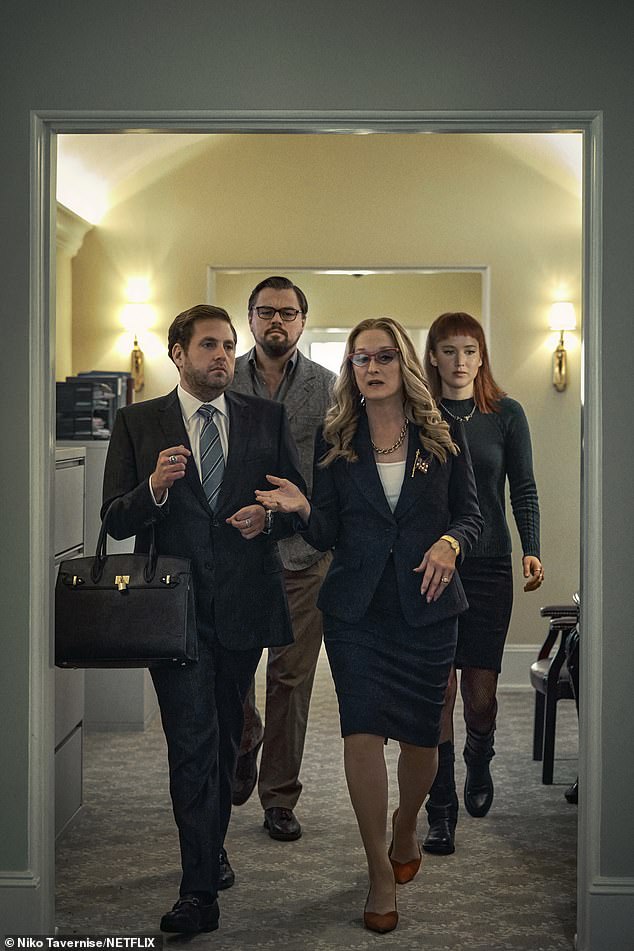 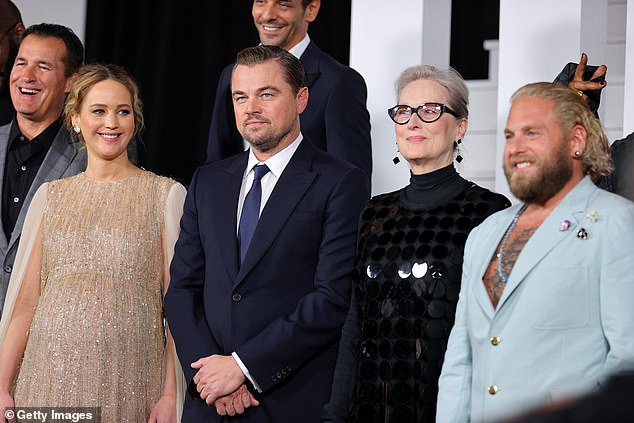 DiCaprio said earlier this month that the star-studded cast was ‘on their toes when Meryl walked in, as we should be’ in reverence of her work

‘Look, you get to work with the greatest living actor in the world, everyone’s on their toes, everyone’s prepared, and we’re just trying to keep up with her,’ the A-list actor said.

DiCaprio noted how he and Streep previously ‘worked on a film together’ on the 1996 movie Marvin’s Room, in which Streep played the mother of DiCaprio’s character.

In her vaunted film career, in which she’s won three Oscars on 21 nominations, Streep has been in nude scenes in 1994’s The River Wild and 1995’s The Bridges of Madison County.