Lily Allen has given fans an insight into her lavish Caribbean break after jetting off to the island of St Barts with her husband David Harbour.

The singer, 37, and her actor partner, 47, shared a snap of herself relaxing on a sun lounger by the pool as she wore a red halter neck bikini top and a pair of green bottoms.

Pop star Lily shielded her eyes of the bright sunshine behind a pair of dark Fendi sunglasses and accessorised with a number of gold chain necklaces. 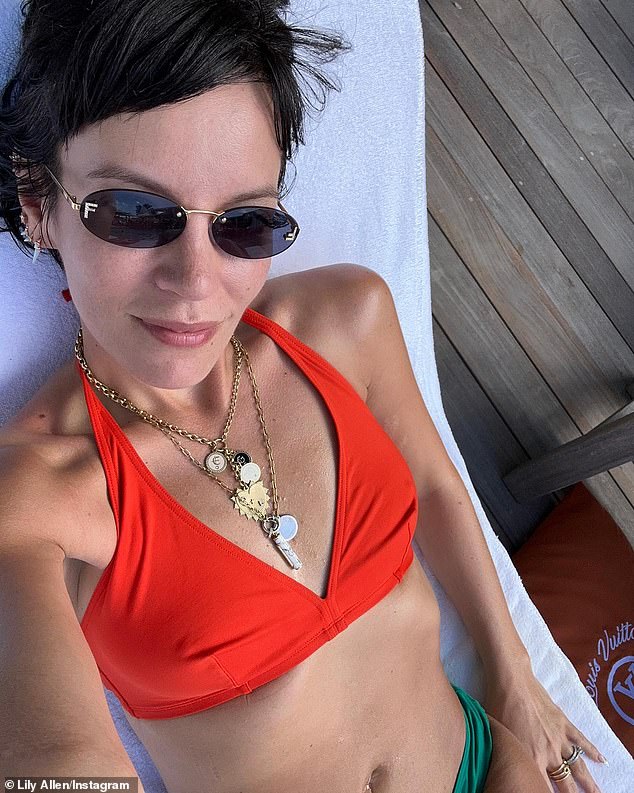 Fun in the sun: Lily Allen, 37, wore a green and red bikini as she gave an insight into her lavish Caribbean break on the island of St Barts with her husband David Harbour, 47

In another snap, she gave her Instagram followers a glimpse at the pool she was sitting by as she had some holiday reading material – Dinner at the Homesick Restaurant by Anne Tyler and Heartstopper by Alice Oseman – set out next to her.

Lily was seen enjoying herself with her Stranger Things star husband David off the shore of St Barts this week.

The pair looked relaxed and smiled as they enjoyed one another’s company on a boat. 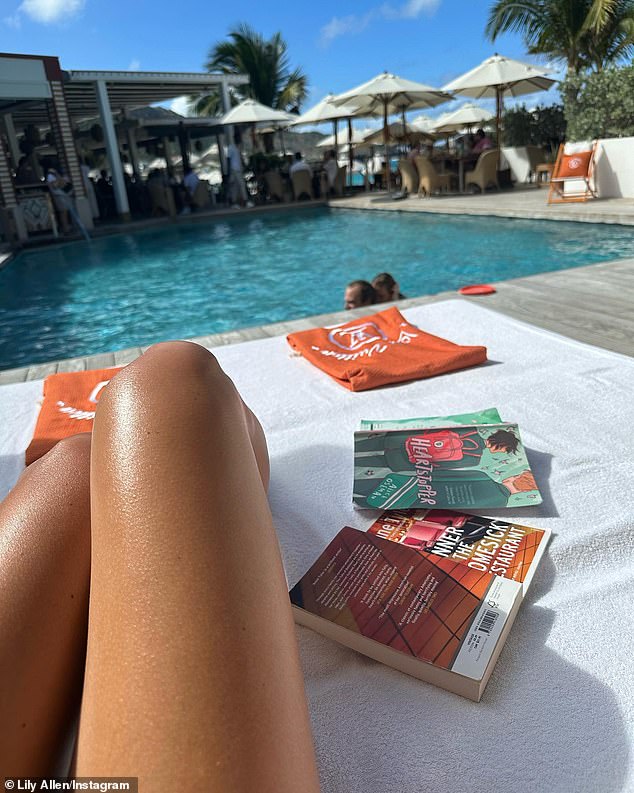 Relaxed: She gave her Instagram followers a glimpse at the pool she was sitting by as she had some holiday reading material set out next to her

The couple first started dating back in 2019 and then got married in Las Vegas in September 2020.

Despite their several years together, the pair are still reportedly very much in love, according to Us Weekly sources.

‘David and Lily are wildly attracted to each other, their chemistry is off the charts, but they’re also best friends who can have as much fun chilling in front of the TV or baking with the kids together as they can on any five-star night out,’ the insider added. 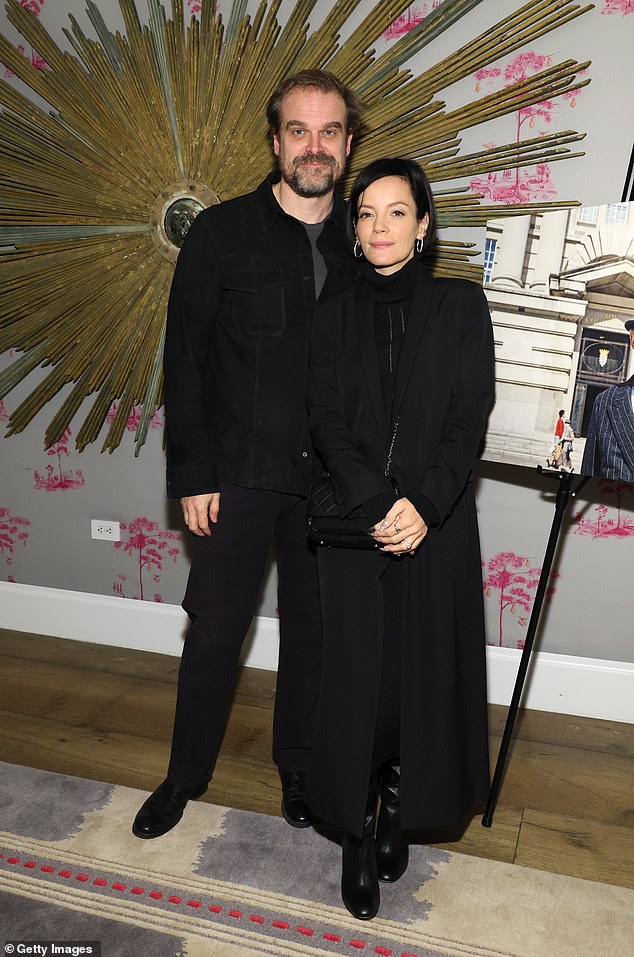 In love: Lily and David first started dating back in 2019. The pair got married in Las Vegas in September of 2020 (pictured this month)

‘Both of them are reformed hell-raisers who get more of a kick out of the pure and meaningful things in life now. They read a lot, love experiencing new places and adventures together, work out hard and play games. It’s hectic with their careers to juggle but they’ve made it work and are happier than ever,’ the source continued.

Through their marriage, David became the stepfather to Lily’s two children – Ethel, 11, and Marnie, nine – who she shares with her ex-husband Sam Cooper.

‘[The girls] absolutely adore him, and he’s worked so hard to get to know them and build up trust over a sustained period of time,’ the source said.

David portrays father figure Jim Hopper in Stranger Things and has previously said the role helped prepare him to be a stepfather to Lily’s daughters. 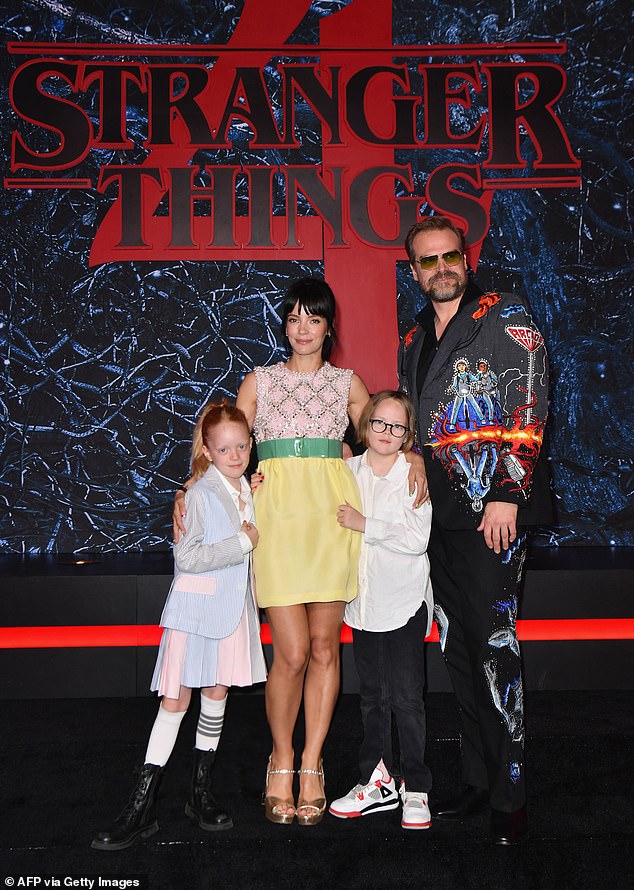