Linda Evans reflects on her life as she celebrates 80th birthday

Dynasty star Linda Evans looks youthful in white as she reflects on life during her 80th birthday: ‘My heart is full, life is a gift’

Linda Evans turned 80-years-old on Friday but she still looks as radiant and stunning as she did decades ago.

The former star of nighttime television soap opera Dynasty – which aired from 1981 until 1989 – posted a photo to her Instagram page of an herself celebrating lavishly.

The star wrote: ‘This is 80! My heart is so full… and my gratitude so deep!

‘Every one of your birthday wishes mean so much to me! Life is such a gift — and so many of you are such a big part of that.’

Behind the blonde bombshell was ornate with gold and white balloons.

Similarly, the birthday cake in front of her was decorated with gold candles as well as white and pink flower petals. 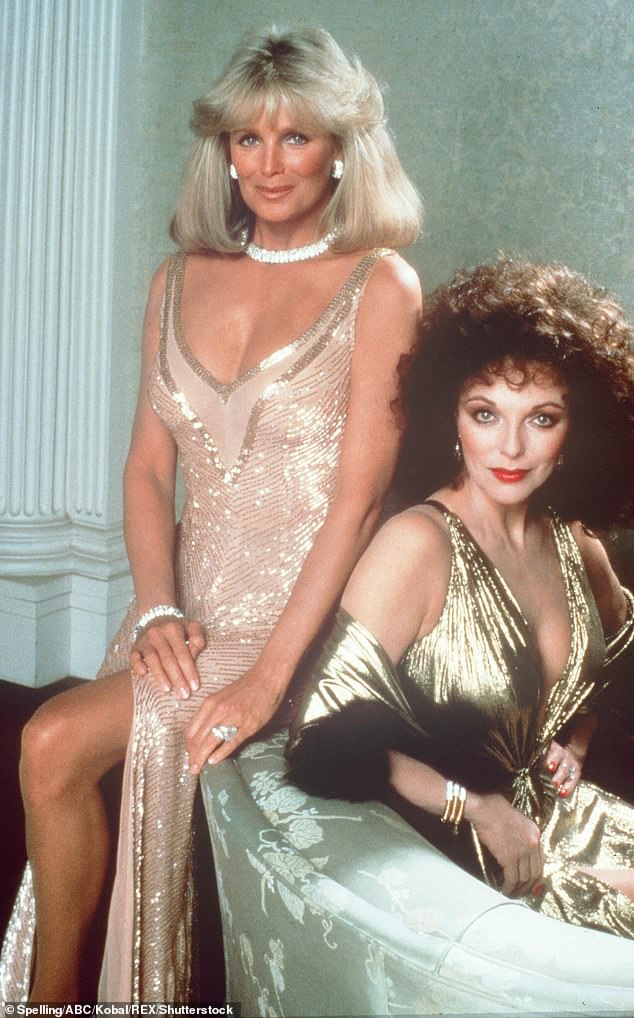 Dazzling co-stars: Evans starred on the nighttime soap opera Dynasty alongside Joan Collins; the series aired from 1981 until 1989

For her birthday, the award-winning actress did an editorial photoshoot and spoke with German magazine BUNTE about the joy she feels about aging.

‘The number is high, but I see my age as an adventure. I’m excited to see what else is to come.’

Looking back on her life, the The Big Valley star said if she could go back to her 20s, she would ‘do everything differently’.

During the conversation at her home in Tacoma, Washington, she revealed the only two things she would not change.

‘I would buy my house here in Tacoma again and never give up the search for love,’ she said. ‘But despite this, I have loved every time and every challenge in my life. I’ve suffered a lot, but I’m proud of it.’

Earlier this year, the soap star spoke about her quiet life in Washington. 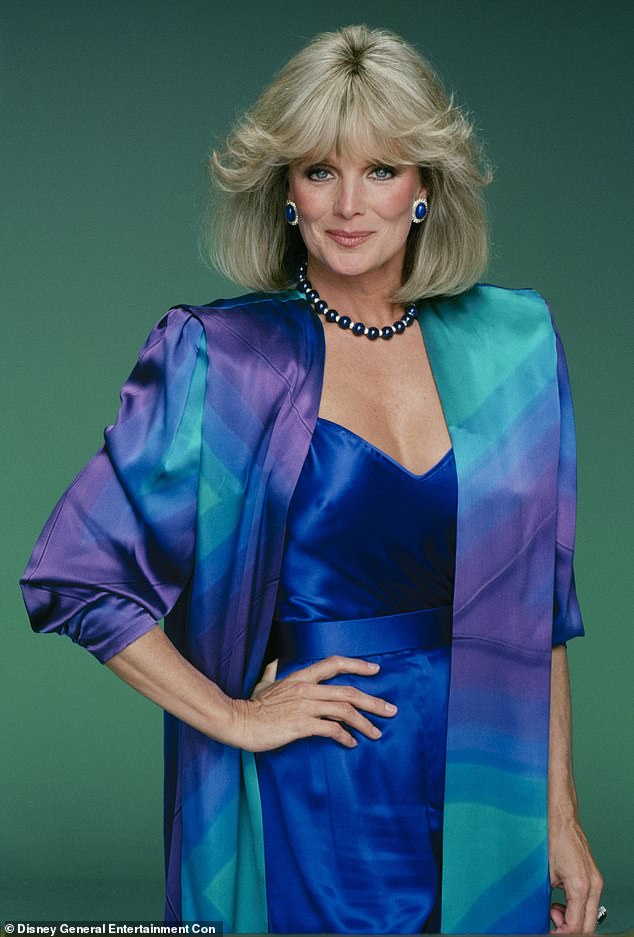 ‘I only work on special projects that fill my heart with joy. That’s why, in 2019, after falling in love with a script written by the filmmaker Todd Stephens, I accepted a role in his [2021] film,’ she said.

She added: ‘[Swan Song] tells the story of an older man dying with sadness about his life but who is reborn after revisiting his past.’

Evans spoke about revisiting her own past and finding self-love. ‘It’s one of the lovely things about getting older. Truly loving myself has been very valuable to me — it doesn’t matter how late in life it happened.’ 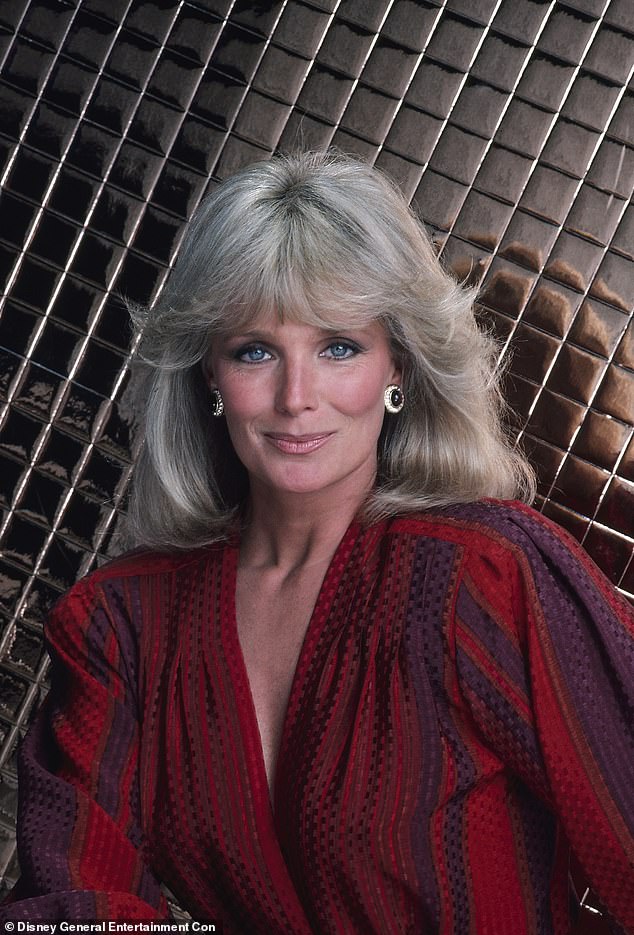 Personified beauty and grace: The star has been married twice in her life and told BUNTE that she doesn’t regret never giving up on searching for love 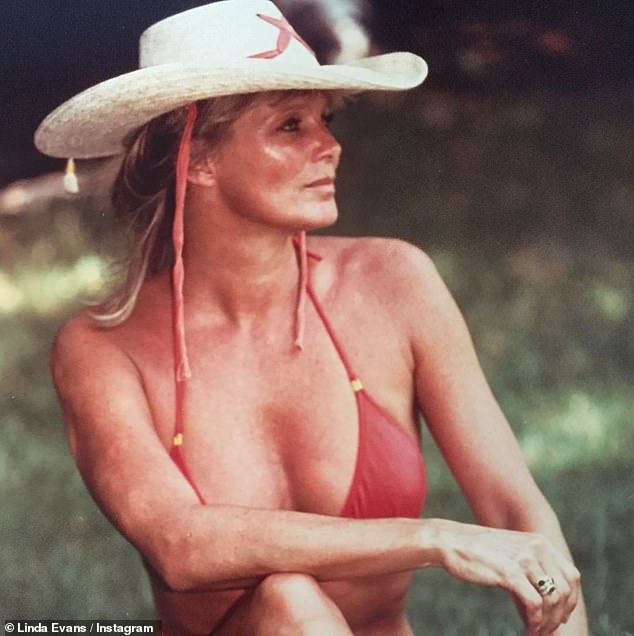 Throwback time circa 1980s: ‘When you get to be my age, you relish each decade of your life with a sense of wonder and awe for every summer that comes again,’ the soap star wrote in her caption. ‘The escapades and adventures may take on new meaning. But with sunshine on my shoulders and my heart wide open for change, this season is as promising as ever.’

The actress has been married twice in her life. Her first marriage was with the late multitalented actor and director John Derek from 1968 to 1974.

A year later, she married Sexual Intent actor Stan Herman until their subsequent divorce in 1979.

The Connecticut star has no children and lives a peaceful life by herself. 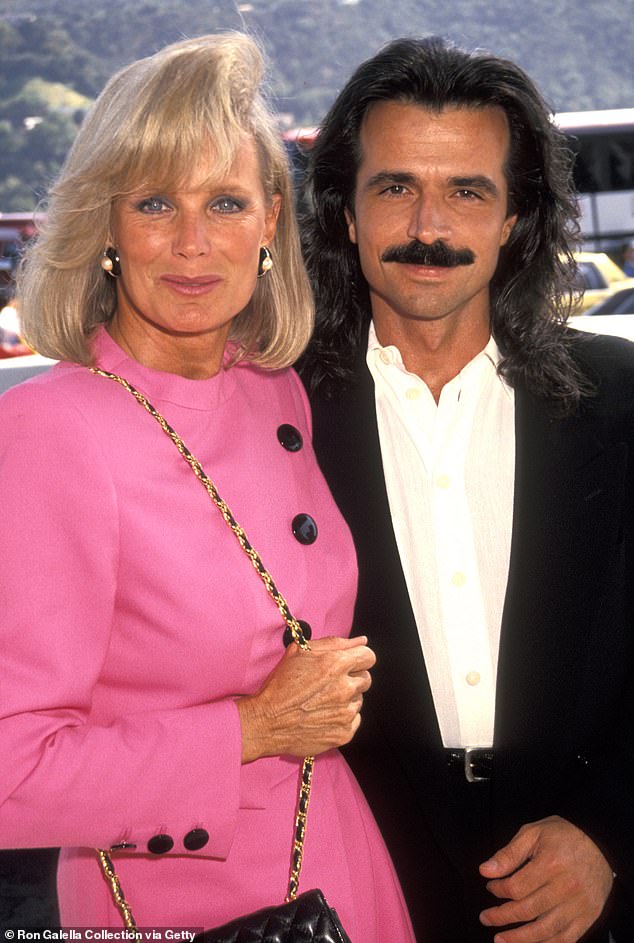 Her last publicly known relationship started in 1989. She dated Greek composer Yanni in for almost a decade, but the couple ultimately called it quits in 1998.

In 2014, he told Oprah: ‘Linda is one of the most amazing human beings I’ve ever met in my life.’

The blonde beauty shared a throwback photo and wrote an insightful caption on getting older: ‘When you get to be my age, you relish each decade of your life with a sense of wonder and awe for every summer that comes again. The escapades and adventures may take on new meaning.’ 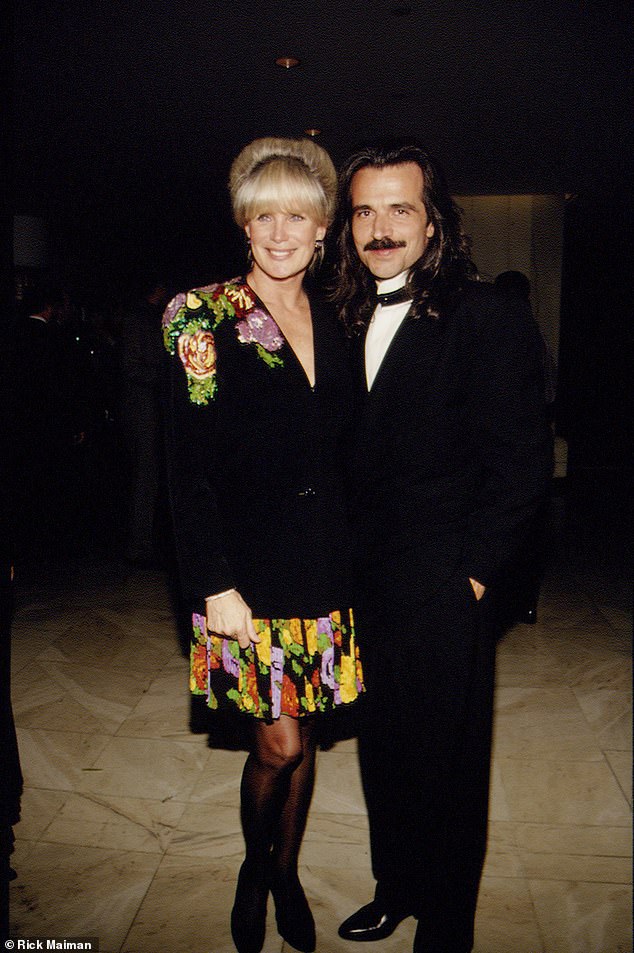 In 2014, Yanni told Oprah: ‘Linda is one of the most amazing human beings I’ve ever met in my life’