Fans of the lunchtime show claimed the moment was ‘inappropriate’ for the time of day, with one person writing: ‘No one wants to see your backside at lunchtime. Always bloody attention seeking.’

The reveal happened during a debate on the show about a new trend of ‘thong trousers’, when Nadia, 56, got up to show off her own version. 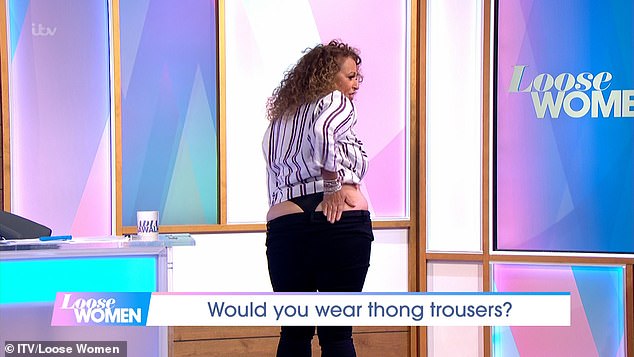 Saucy: Loose Women viewers weren’t happy on Friday after panellist Nadia Sawalha showed off her thong on the ITV show

Panellist Frankie said: ‘If my bum looks like that, I will be happy with that.’

To which Nadia replied: ‘I’ll tell you what I’ve not worn a thong for years – I used to always wear one, but now I can’t concentrate.’

Linda also decided to make a strange but humorous comparison to ‘cutting trees.’ 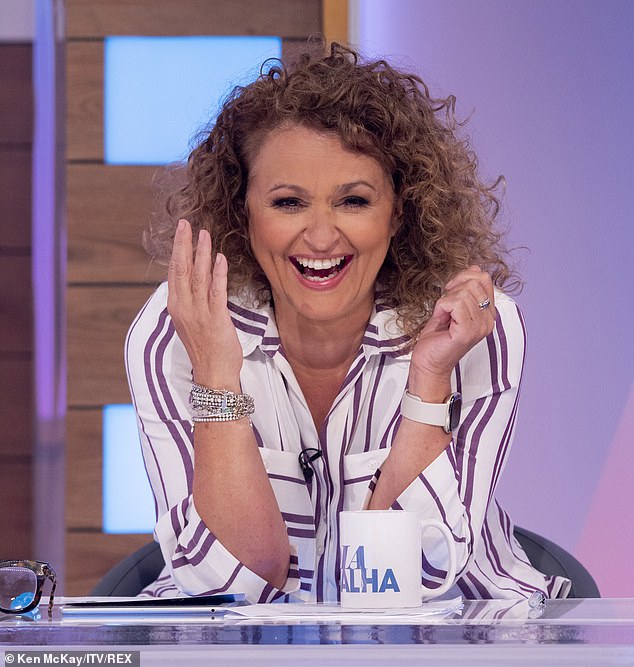 Comfort: The TV star, 56, then revealed she’s ‘not worn a thong for years’ because she ‘can’t concentrate’ 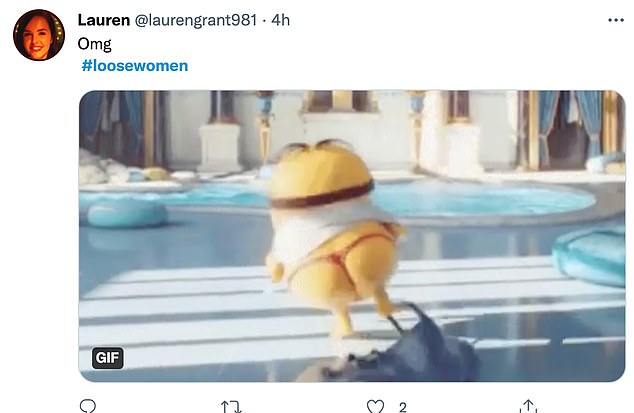 Reaction: Fans of the lunchtime show claimed the moment was ‘inappropriate’ for the time of day

She said: ‘They must be the most uncomfortable thing ever, you known when you cut the trees with that wire, that’s what they remind me of.’

The Saturdays singer Frankie also quizzed Nadia on a skin-coloured patch on her bottom.

And Nadia explained it was her HRT patch, as she proudly showed off her rear end. 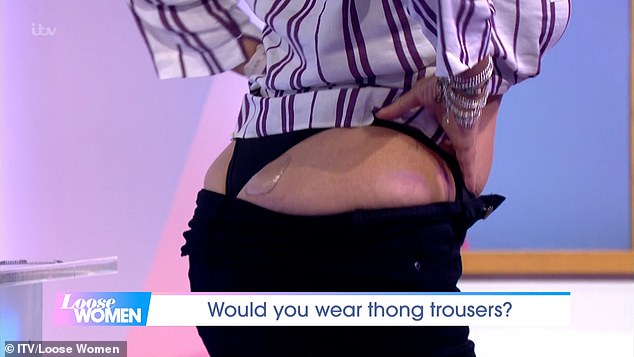 Baring all: During a debate on the show about a new trend of ‘thong trousers’ Nadia got up to show off her own version

Another person took to Twitter to spew nasty comments such as: ‘My eyes my eyes! Help.’

Another wrote: ‘Oh f*** off Nadia. No one wants to see your backside at lunchtime. Always bl**dy attention seeking.’

One person said: ‘I don’t think it’s appropriate to be showing thongs on live TV during the day.

A second added: ‘Why is this called Loose Women!? Should just be renamed the Nadia Show.’

Another added: ‘Oh please Nadia… thong wearer… as if!.’

One other posted a gif of a charater wearing a thong and wrote ‘omg’. 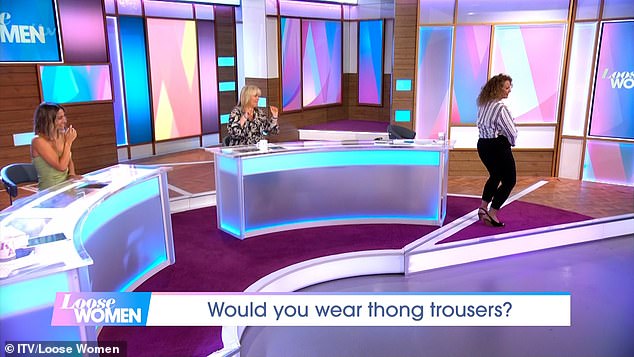