'Love ya dad': Romeo Beckham pens a sweet message to his father

He is the second eldest child of David and Victoria Beckham.

And Romeo Beckham shared a sweet message to his doting father, 45, on Instagram on Saturday as he penned: ‘Love ya dad 🙂 xx’.

The 18-year-old posed in a swimming pool for the social media snap and bore a striking resemblance to David, who was seen wearing shades. 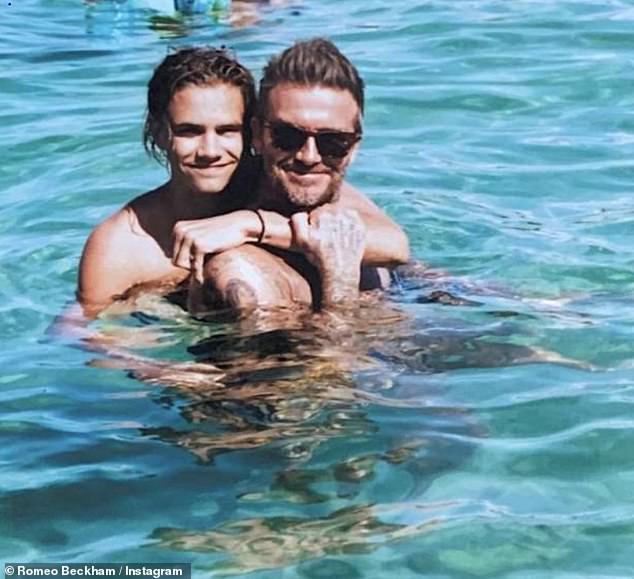 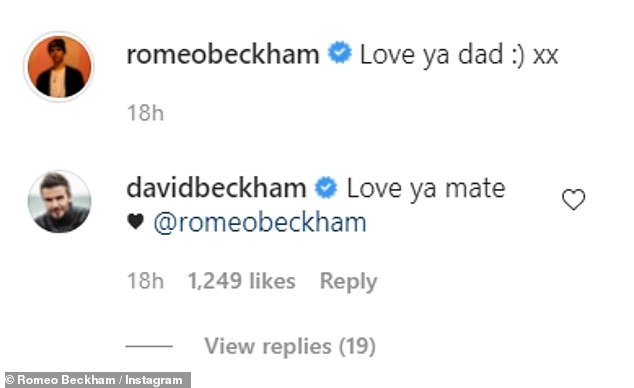 Like father like son: Romeo Beckham, 18, shared a sweet message to his doting father David, 45, on Saturday as he rested his arm on him for a photo and penned: ‘Love ya dad 🙂 xx’

His football ace dad responded on the sweet post: ‘Love ya mate,’ alongside a heart symbol.

On Monday, Romeo’s mother Victoria, 46, shared an insight into her potential New Year’s Eve outfit as she modelled a grey dress on Instagram.

The fashion designer joked ‘F*** it , I still want to look nice!’ as she teased that much like everyone else, she’ll be having a low-key celebration this year.

Victoria posed up a storm in the snaps as she showed off her dark grey, high-necked gown which featured a silver lined pattern throughout and a frilly hem. 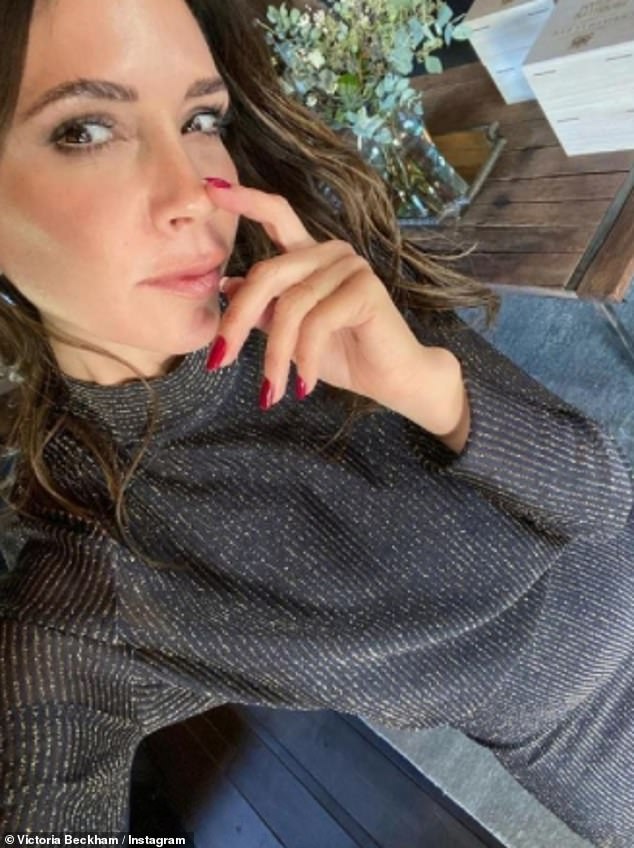 What to wear? It comes after Romeo’s mother Victoria, 46, shared an insight into her potential New Year’s Eve outfit on Monday as she modelled a grey dress on Instagram

The Spice Girl upped the glam for the images with bright red nails, while she left her brunette tresses in loose waves and highlighted her features with dewy make-up.

Captioning her post, she penned: ‘I’m not doing much but f*** it I still want to look nice this New Year’s Eve’, alongside a crying with laughter emoji.

The beauty also took to her Instagram Stories to further show off the look, revealing that the outfit is from her own collection.

While panning the camera down her body, she wrote: ‘Trying on outfit options for New Year’s Eve (even if we are staying in!).’

Victoria, David and their four children, Brooklyn, 21, Romeo, Cruz, 15 and Harper, nine, were among the stars to give their followers an insight into their cosy family Christmas last Friday.

Tier 4 restrictions meant many areas of the country were only allowed to spend Christmas Day with their household, but the Beckhams appeared delighted to be spending the festive period together in their bubble.

The family were all sporting matching navy pyjamas with white piping, while a couple of members of the brood also chose to rock a pair of Ugg slippers and a hat.

David stood in the middle of the snap with his daughter Harper, wearing a red and white Santa hat, while two of his sons sported wooly North Face beanie hats.

Beside the snap, he wrote: ‘Special moments together as a family. Merry Christmas to everyone.’

David also sent his well-wishes to his mother Sandra and sister Jo, as he wrote in the comments section: ‘Miss you and love you mum. Merry Christmas.’ 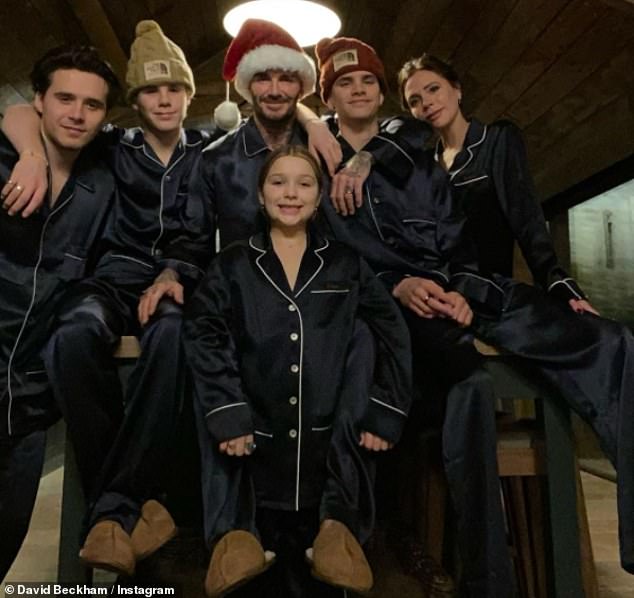