The remarks came from the 31-year-old musical artist/actor, whose real name is Colson Baker, as he played one closing show at the Windy City event, while Slipknot played the other on a separate stage, according to the Chicago Sun Times.

‘Turn the lights up,’ the Papercuts artist said, according to the paper. ‘Let me see who chose to be here instead of with all the old, weird dudes with masks.’ 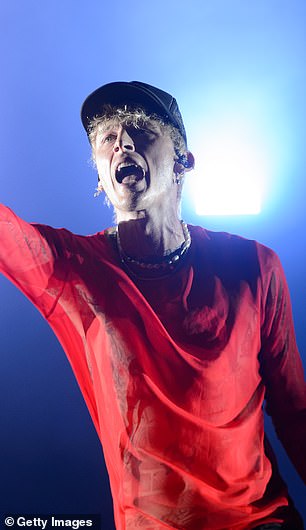 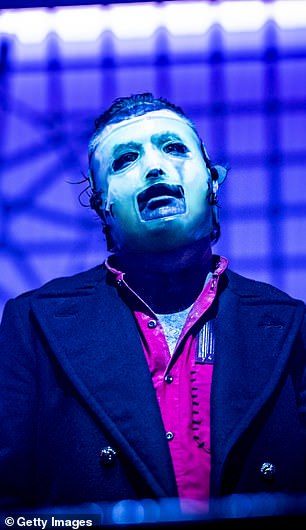 The latest: Machine Gun Kelly, 31, called the band Slipknot ‘old, weird dudes with masks’ during a performance at Riot Fest at Douglass Park in Chicago Sunday

While it was not immediately clear why Machine Gun Kelly addressed Slipknot in his onstage remarks, speculation ensued that it was in reference to remarks Slipknot lead singer Corey Taylor, 43, said in a February appearance on the podcast Cutter’s Rockcast.

Taylor said on the podcast said, ‘I hate all new rock for the most part,’ and that he dislikes ‘the artists who failed in one genre and decided to go rock,’ adding, ‘I think he knows who he is … but that’s another story.’ 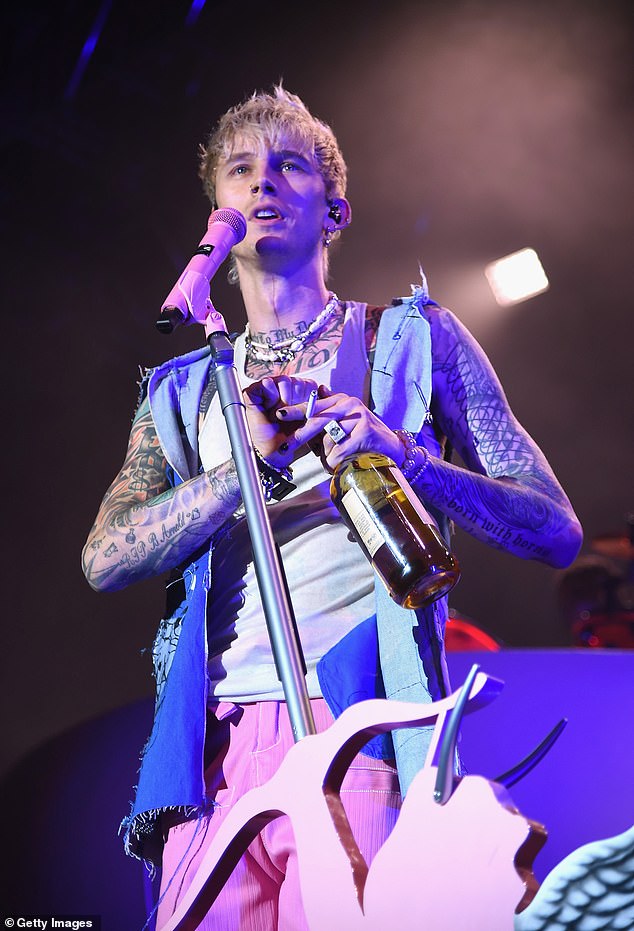 On stage: The artist was snapped last week performing in NYC 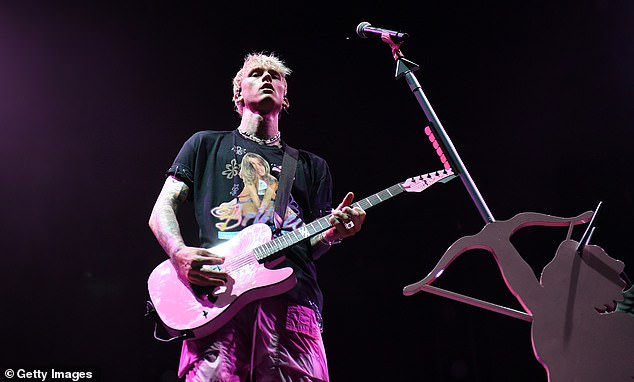 Machine Gun Kelly is no stranger to celebrity beefs, as he’s past been embroiled in rivalries with fellow artists Eminem and G-Eazy, as well as UFC stalwart Conor McGregor. He was snapped in Atlanta Saturday

Machine Gun Kelly a year ago released his his fifth studio album titled Tickets to My Downfall, which had more of a pop punk feel than his previous rap-geared material.

After playing the song Bloody Valentine Sunday, he told the crowd, ‘Thank you for showing what the new generation of punk rock looks like – I hope you felt something good tonight.’

Slipknot’s set included a memorial to late drummer Joey Jordison, who died at the age of 46 this past July.

Machine Gun Kelly has past been embroiled in rivalries with fellow artists Eminem and G-Eazy, as well as UFC stalwart Conor McGregor, who he had a run-in with earlier this month at the MTV Video Music Awards from Brooklyn’s Barclays Center.

A McGregor insider told TMZ that the fighter initially approached Machine Gun Kelly looking to shake hands, but the musical artist’s security pushed him away.