‘That title belongs to St. Mary’: Mariah Carey renounces ‘Queen of Christmas’ title as she believes the mother of Jesus is more deserving

She became known as the Queen Of Christmas after releasing the infectious 1994 track All I Want for Christmas Is You.

Yet Mariah Carey has insisted she never chose the festive moniker herself and believes the title should be bestowed upon the Virgin Mary.

Speaking on the Zoe Ball Breakfast Show, Mariah, 52, spoke out about her love of the holidays as she  discussed her new track Fall In Love At Christmas and her new venture into writing children’s books. 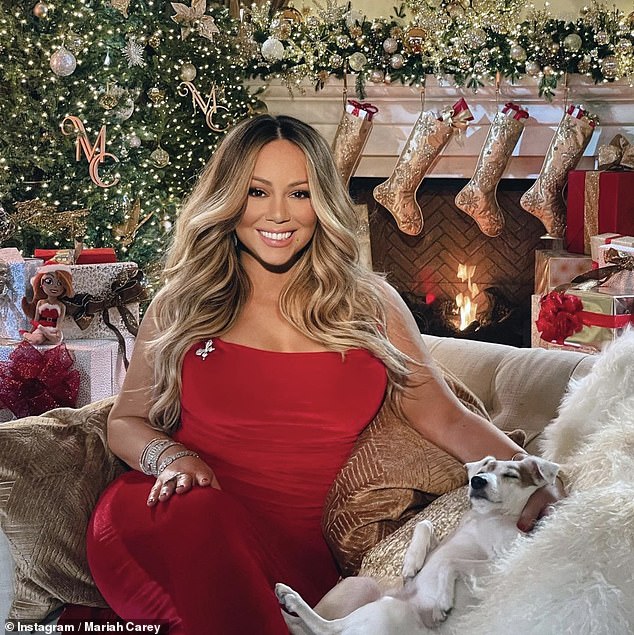 What! Mariah Carey humbly confessed that she is not ‘The Queen of Christmas’ as she detailed the process behind her new festive track, Fall In Love At Christmas

The singer explained: ‘That was other people, and I just want to humbly say that I don’t consider myself that.

‘I’m someone that loves Christmas, that happened to be blessed to write All I want For Christmas Is You. And a lot of other Christmas songs. And let’s face it, you know, everybody’s faith is what it is. But to me, Mary is the Queen of Christmas.’

Mariah also revealed that she began writing her new festive song in the height of summer in Atlanta.

She began: ‘So I started writing Fall In Love At Christmas over the summer. So we were in Atlanta at a house where we made this place called the Butterfly Lounge, and we were doing all different kinds of music. And then we decided, “Oh, this might be cool to do a Christmas song.”‘ 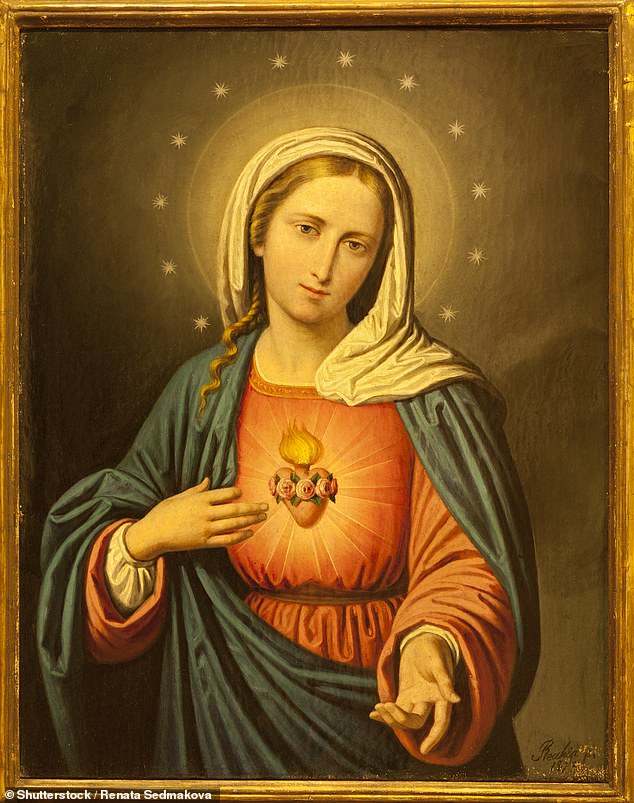 More deserving: Mariah insisted she never chose the festive moniker herself and believes the title should be bestowed upon the Virgin Mary

The glamorous star, added that they filmed the whole process so fans get to see the star in a very different light.

She said: ‘So it’s not like me all glammed out. It’s like me, regular, I’m in pyjamas most of the time.

‘And you know, you see me writing, you see me produce and you see me singing to the guitar player, ‘can you play do dooo doo do’ or whatever.

‘So the thing is, is that most people don’t see women in that capacity. And when you do, you expect to see them very broken down, very like behind a piano, like very much behind a guitar. ‘Don’t you put on a little bit of makeup because that’s not going to work.

‘My thing is, I feel like I’m allowed to be both, but a lot of people are just like, “Oh, the diva, blah blah blah.” And I’m like, I write music. That’s what I’ve been doing since I was a kid.’

Zoe said that the scenes ‘are wonderful for us as fans’ as the audience gets to ‘glimpse’ into the writing process of how the songs come together.

Mariah thanked Zoe before she asked: ‘Do you like the snow and like Kirk? We had so much fun. The kids.’ 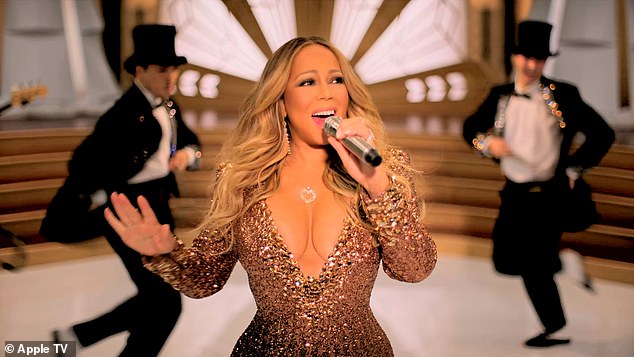 New song!  Mariah also revealed that she began writing her new festive song in the height of summer in Atlanta as she detailed the process

She shares her twins Moroccan and Monroe, 7, with her ex-husband comedian Nick Cannon, 41, who she divorced in 2014.

Host Zoe, mentioned the twins being present in the video as she sweetly added: ‘It’s so lovely to see Monroe and Moroccan in the video. I also love the fact in the video, they’re still going about their regular business, this is fantastic.’

Mariah: ‘I love it because, especially my son, he I mean, yes – I’m not saying my daughter doesn’t – but my son picks certain Christmas songs that I’ve written and certain songs and he tells me, I like this part or I like that or whatever, so it makes me really happy.’

When asked what the most over-the-top, sparkly Christmas decoration in her house was, Mariah turned to her son for his thoughts.

She asked: ‘Wow. Rocky, do you have any? So what do you think is the most over-the-top, sparkly or just like amazing Christmas decoration? Is it a big tree in the living room?’

The youngster Rocky agreed but added: ‘I also like the Christmas lights gathered around the house. Those are cool, pretty much the entire house is pretty cool and sparkly.’

The hit-makers perhaps most famous song, All I Want for Christmas Is You was the inspiration behind her 2015 children’s picture book. 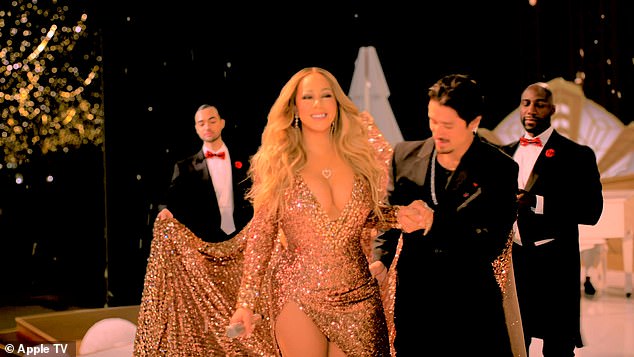 Mariah in PJ’s! The glamorous star, added that they filmed the whole process so fans get to see the star in a very different light and not her usual glamorous self, as pictured

Mariah detailed: ‘We have a fabulous – we’re working with Macmillan. No one knows this yet, by the way. And the woman that’s working with us, she did the Harry Potter series. She did several other major, major major books. So it’s kind of amazing.’

Finally, Zoe asked the question that is on everyone’s lips, as she said: ‘Mariah, what is your favourite Christmas songs? We’ll have to play it.’

Mariah revealed that her favourite Christmas song of all time is This Christmas by Donny Hathaway.

‘Oh, I could have chosen one of mine, but that’s one of the best, ever, greatest ever… Well, we wish you, me and my family, we wish you a Merry Christmas,’ She said. 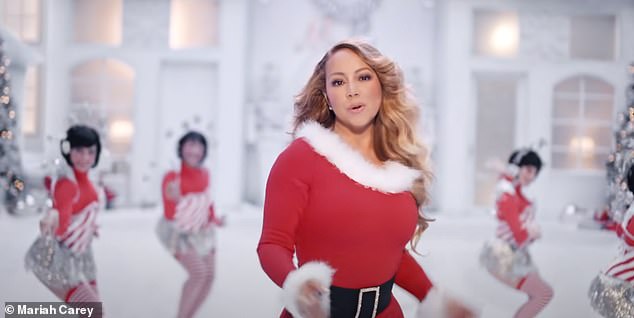 Festive fun: Mariah revealed that her favourite Christmas song of all time is T his Christmas by Donny Hathaway