Home » Celebrities » Matt might think he's set for life, but as what… a laughing stock?

Matt might think he's set for life, but as what… a laughing stock?

JANE FRYER: Matt Hancock might think he’s set for life after his jungle stint, but as what… a laughing stock?

Roll up, roll up! Matt Hancock is finally here, and he’s looking good.

Wonderfully smooth-skinned, whiter teeth than his pandemic days and boyishly bouncy as he sings Ed Sheeran songs, gropes blindly in a dark tunnel filled with grubs and bugs and tells anyone who’ll listen that politicians are humans too.

He grins, he gurns, he accidentally sprays Seann Walsh’s face with spittle – and he looks a teeny bit nervous when his campmates ask him why on earth he’s here. But mostly he laughs, a bit too loudly.

Which is nice to see, because over the last week – while he was readying himself for life in the jungle in a £2million luxury villa complete with emu feather lamp shades – not everyone has been very kind about the MP for West Suffolk. 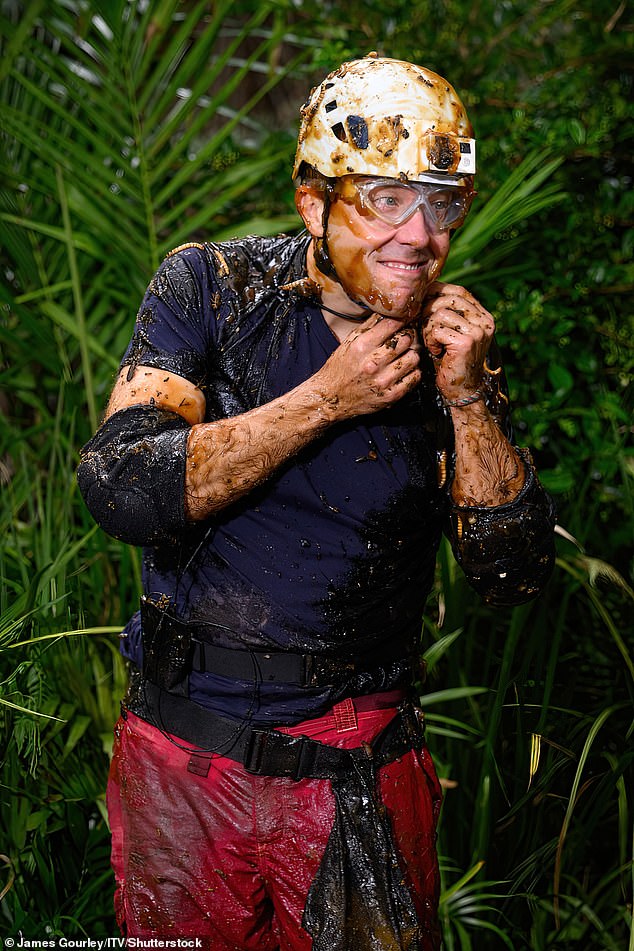 In the mire: The ex-health secretary after getting six stars in last night’s Beastly Burrow quest

Amongst other things, he’s been called ‘a total prat’ (by a member of his constituency), ‘a total halfwit’ (by a pal of his ex-wife), a Han-cockroach (by a newspaper) and other things we can’t print here.

Even the deputy chairman of his local Tory Association declared he was looking forward to seeing Hancock ‘eat a kangaroo’s penis’.

Georgia Toffolo, the 2017 winner of I’m A Celebrity… Get Me Out of Here, has told how she is ‘really embarrassed’ as a staunch Conservative supporter to see Matt Hancock take part in the show.

The TV star, right, made her outspoken comments on Jungle Confidential, The Mail+ podcast. She also labelled the former health secretary, who was suspended from the parliamentary party for joining the show, a ‘wally’.

Miss Toffolo, 28, told host Katie Hind: ‘I can’t bear it. I feel quite strongly about it actually because I’ve always been such a staunch supporter of the Conservative Party as a whole, really.

‘I hate that he hasn’t resigned. I hate that there hasn’t been a by-election and it makes me really embarrassed to be an advocate not just of politics but of the Conservative Party.’

She said his claims that he was going on the show to ‘engage’ with voters and raise awareness for his dyslexia campaign were ‘a load of rubbish’.

When Miss Toffolo, known as Toff, was in the jungle she struck up an unlikely friendship with Boris Johnson’s father Stanley.

Good thing he’s safely in the jungle now, insulated from all that nastiness and ready for people to see the ‘real’ Matt, warts and all; the ‘person behind the podium’ who promises he’ll do his best at firewood collection, cooking and as a morale booster for rest of the camp. Hang on a minute. Morale booster – Matt Hancock?

Sadly, things don’t kick off quite as he’d hoped, because when he finally enters the main camp, it’s feels more like he’s delivering electric shock therapy than a nice communal pep up.

Sue Cleaver and Chris Moyles are rendered speechless. Charlene is gobsmacked. And Boy George is in floods of tears as he remembers his mum being ill in hospital during the pandemic and not being allowed to visit her, thinking she was going to die. But Seann Walsh is happy. He can’t stop laughing.

Maybe because snogging your Strictly Come Dancing partner must suddenly seem small fry compared to unlawfully returning thousands of pensioners from hospitals to care homes during the pandemic. And the public made their feelings clear after the MP – who had already taken part in one Bushtucker Trial involving cockroaches and slime – was voted in for another one last night. Hancock screamed as the cockroaches, mealworms and goo rained down on him as he crawled through the tunnel network in the pitch black.

Even the production staff are running a sweepstake, the Sun reported, on who the politician will clash with first, when he will cry and how many trials he will be forced to complete by angry viewers.

But while it’s mildly diverting watching Boy George sing about poo, Chris Moyles pretend to be a gangster and Owen nibbling on a possum tail, he’s the reason we’re watching. And wondering, what on earth was he thinking – was it just about the money?

Even with his £84,144 MP salary you can see why it’d come in handy – what with three children and two households to support now, his career up in smoke and a book coming out that has not been hotly tipped to be the Christmas bestseller. 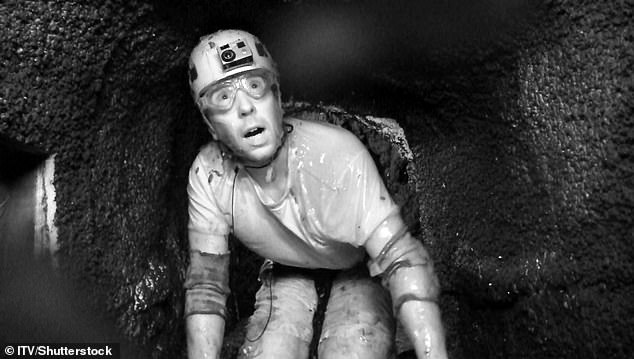 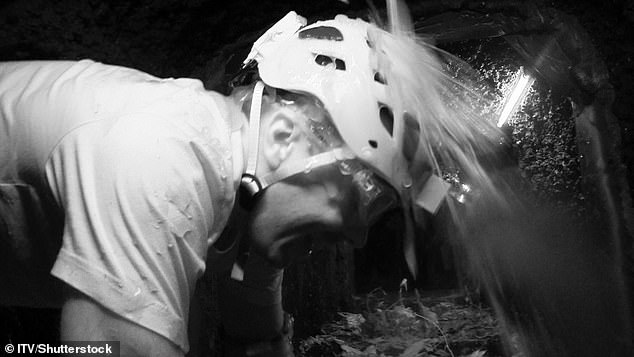 Crawling: He tries to negotiate the burrow… but is hit by a waterfall of slime

Perhaps he’s been taking life tips from Lembit Opik. You remember Lembit – the celebrity-hungry former MP for Montgomeryshire who met Sian Lloyd in the jungle and went out with one of the Cheeky Girls. Anyway, according to Lembit, a stint in the jungle could leave Matt set for life. But as what – a laughing stock? Though it’s hard to see how that would even work. Because the trouble, of course, is that Matt Hancock isn’t very funny.

He’s a love cheat who broke his own Covid rules when everyone else was suffering, dished out PPE contracts to his mates as if they were spare Cup Final tickets and abandoned his constituents for the second time in two months to appear on a reality TV show, during an economic crisis.

So, sadly, while there’s no doubt we’ll all get some warped pleasure from watching him chomp through an aardvark’s anus, or a turtle’s testicle, or a wallaby’s willy, or whatever it is today, tomorrow and, inevitably, on every day going forward until he’s finally voted out, it is still hard to actually laugh.

Even when he’s singing Ed Sheeran songs and telling us how human he is. 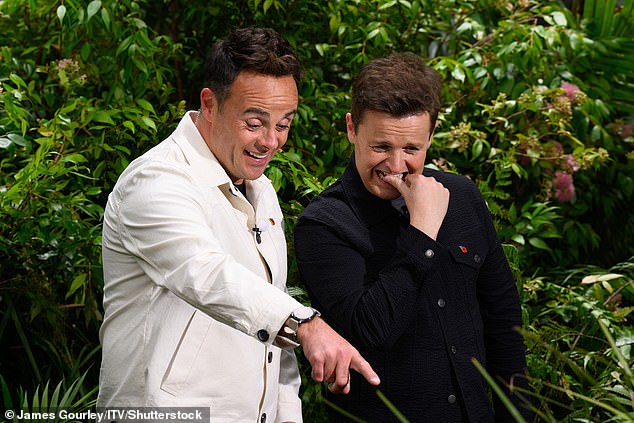 Having a chuckle: Presenters Ant and Dec laugh at Hancock