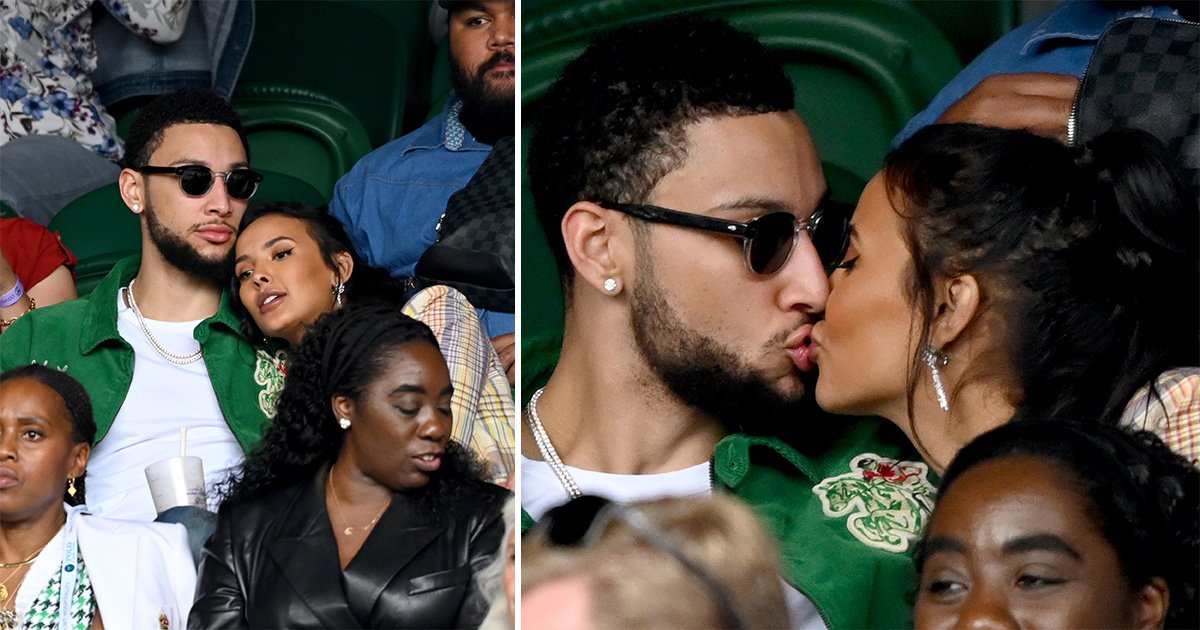 Maya Jama and Ben Simmons have pretty much confirmed they are an item after they were spotted kissing at Wimbledon – and they’re our new favourite celeb couple.

The pair appeared to be in good spirits as they sat among many other spectators at the tennis tournament, which returned this year after being cancelled in 2020 due to the Covid-19 pandemic.

TV presenter Maya, 26, looked smitten as she cuddled up next to basketball player Ben, 24, before they both leaned in for a smooch.

She also looked dressed to impress at the event, as she wore a matching pastel-coloured checkered co-ord, which she paired with a white handbag and nude sandals.

Maya wore her dark tresses up in curls as she accessorised with a silver necklace and matching ring.

Meanwhile, Ben looked cool yet casual as he donned a green baseball jacket over a white t-shirt, finishing his look with blue jeans and white trainers.

He added a gold chain while dark shades covered his eyes.

Other stars who have attended Wimbledon this year include Holly Willoughby, Phillip Schofield and fellow celeb couple Phoebe Dynevor and Pete Davidson.

It comes after Maya and Ben had sparked speculation they were romantically involved after they were both seen exiting Mayfair restaurant Sexy Fish within minutes of each other.

They tried to remain lowkey by leaving separately, but were both escorted out by Ben’s security team.

It appears Ben jetted over to London to reunite with the TV star shortly after his team, the Philadelphia 76ers, crashed out of the NBA playoffs following a disappointing performance.

Fans had also noticed similarities in the pair’s recent Instagram photos, and Ben had referred to Maya – who previously dated Stormzy – as ‘his girl’ in a since-deleted comment when responding to a troll on one of her posts.

If that wasn’t enough, one eagle-eyed fan even spotted Ben outside a store in the US beside a women who appeared to be Maya.

Maya had first been linked to the sportsman, who previously dated Kendall Jenner, in 2019.

And things were said to be ‘hotting up’ for the duo, with a source telling The Mirror: ‘They are really into each other and the fact she flew to Philadelphia to be with him says a lot. They had a fun two weeks together.

We love to see it.