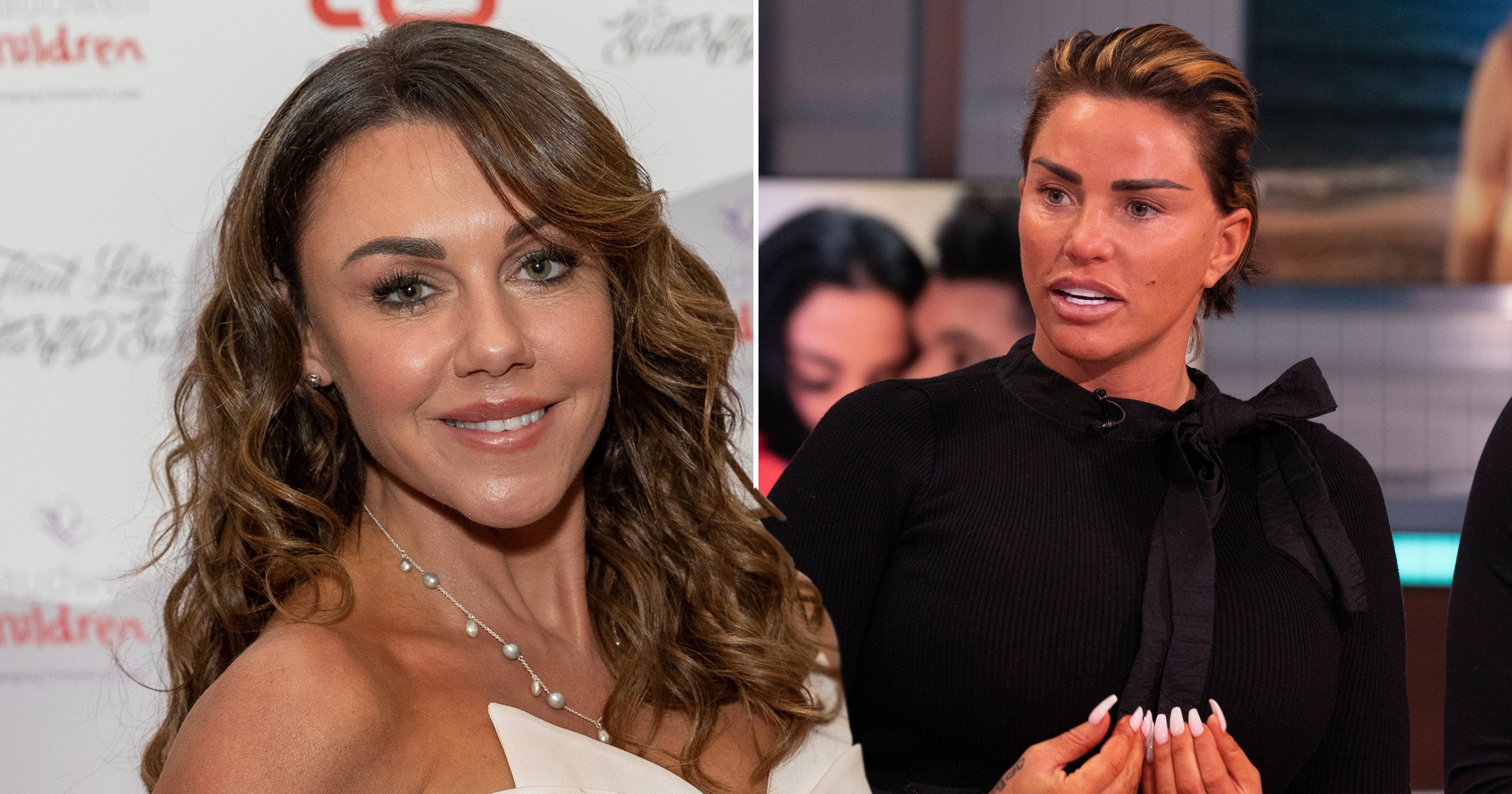 Michelle Heaton has publicly thanked Katie Price for ‘saving [her] life’ by pushing her to check into rehab.

The former Liberty X singer left The Priory clinic last week after receiving treatment for her drug and alcohol addiction.

Shortly after entering the facility, Michelle, 41, was told that she was days away from death and there was a chance she wouldn’t make it after three years of her substance abuse spiralling.

She credits her stint at the health clinic to her longtime friend Katie, who also successfully completed her own stay at The Priory in January 2020.

‘I texted Katie while I was in The Priory, “You saved my life”. Because The Priory did save my life,’ Michelle told The Sun.

‘What I was doing was a suicide mission. I never actually thought, “I want to kill myself”, but ultimately I was killing myself. I was crying out for help when I couldn’t actually ask for help. But when you’re an addict, it feels like there’s no way out.’

Michelle recalled ‘shaking’ and ‘crying’ while intoxicated which was the moment Katie, 42, told her to check into rehab.

‘My first instinct was “Thank God”. I never asked for help but they could see I needed it,’ she said.

‘Over the next 48 hours my manager, Katie, my husband and my best friends did it all for me. When Katie, who’s been through the fire and come out the other end says, “You need this”, you sit up and listen.’

Michelle revealed that she had been drinking two bottles of wine and a bottle of vodka almost everyday since 2018, as well as using cocaine.

Lockdown made it difficult for the singer to access drugs over the past year so she increased her drinking.

Michelle’s now optimistic about her recovery and says she ‘deserves’ a second chance.

It was confirmed in April that Michelle had sought help in rehab with a rep telling Metro.co.uk: ‘Due to calls received, I can confirm that Michelle Heaton has entered a rehab facility today.

‘Michelle and her family kindly ask that you give her the time she needs to get better and their family the privacy at this time, particularly her young children.

‘We won’t be commenting more at this time on her private medical information other than to say she has the love and support of her family and friends.’

Michelle is married to Hugh Hanley, an Irish businessman with whom she shares daughter Faith, nine, and son AJ, seven.

For more stories like this, check our entertainment page.

Follow Metro.co.uk Entertainment on Twitter and Facebook for the latest celeb and entertainment updates. You can now also get Metro.co.uk articles sent straight to your device. Sign up for our daily push alerts here.