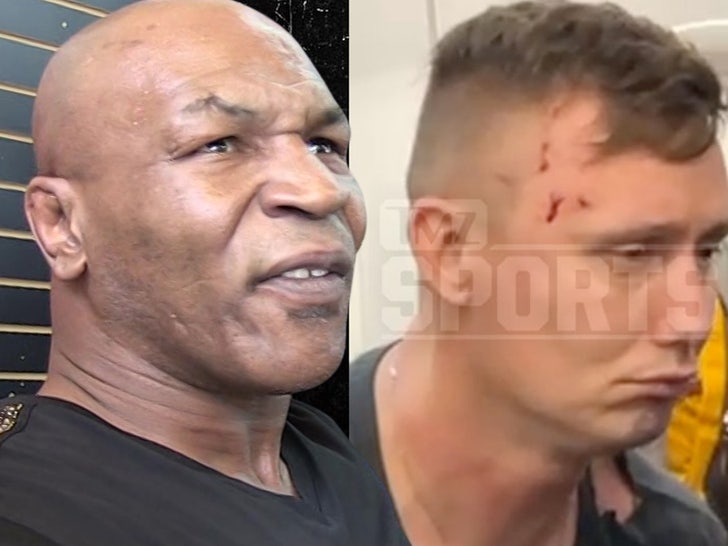 The man Mike Tyson repeatedly punched on a JetBlue plane has lawyered up, and the attorney’s first thoughts are suggesting a lawsuit might not be far away.

He goes on …  “At a certain point, Mr. Tyson clearly became agitated by an overly excited fan and began to strike him in an excessive manner. This situation could have been avoided simply by contacting the flight attendant. Our client denies throwing a water bottle prior to being struck by Mr. Tyson.”

As we reported, Tyson’s team told TMZ Townsend had thrown the bottle before Mike unleashed on him.

Townsend was bloodied and suffered what appear to be minor injuries from the punches. He declined to press charges and both he and Tyson were free to leave after the incident.

Attorney Morgan says, “To state the obvious, as one of the greatest fighters of all time, Mr. Tyson should have exercised greater restraint before using his hands on an overly excited fan.”

As you see in the video, Townsend is all over Tyson before the punches.

A source directly connected to Townsend says he, “Is still in shock and has not made a determination on what his next steps will be. He hired counsel due to his physical injuries, the overwhelming nature of this event and the associated media inquiries.”

It sounds like the book is not closed on this incident, and a lawsuit might be in the offing.