‘Flynn has four happy parents that get along’: Miranda Kerr shares insight into her close bond with Katy Perry as she discusses co-parenting with ex Orlando Bloom

Miranda Kerr gave her fans a glimpse into her drama-free parenting with her ex-husband Orlando Bloom in her cover story for LuisaViaRoma’s LVR magazine on Thursday.

The 39-year-old Australian model sounded determined to give her oldest son Flynn, 11, the best of both worlds as she shares parenting duties with Orlando, 45, and his wife Katy Perry, 37.

Miranda, who is now married to Snap Inc. co-founder and CEO Evan Spiegel, had only kind things to say about her ex and his new love, as she gushed that she ‘adore[s]’ Katy. 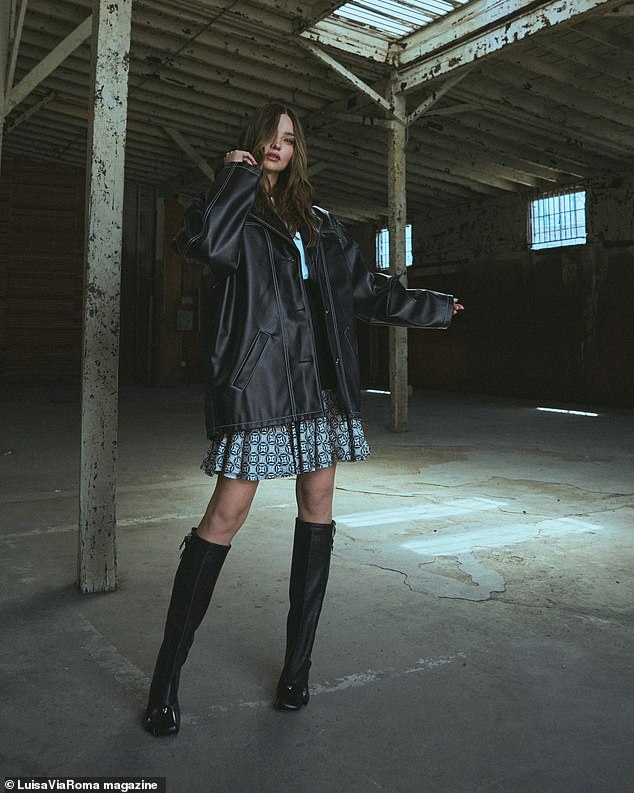 No issues: Miranda Kerr, 39, gushed about her co-parenting relationship with Orlando Bloom, 45, and his wife Katy Perry, 37, as she graced the cover of LuisaViaRoma’s LVR magazine on Thursday

‘I adore Katy and am grateful Orlando found someone he is happy with. Now Flynn has four happy parents who get along,’ she said.

The brunette beauty added that she and Orlando had managed to stay good friends almost a decade after opting to end their marriage.

‘When we separated, the most important thing we decided we could do is that when we make a decision, we ask, “Is this in the best interest of our child?”‘

She added, ‘We will be family no matter what.’

Miranda and Orlando began dating back in 2007, with an engagement following in June of 2010.

They were married just a month later, and the couple welcomed their son Flynn in January 2011. 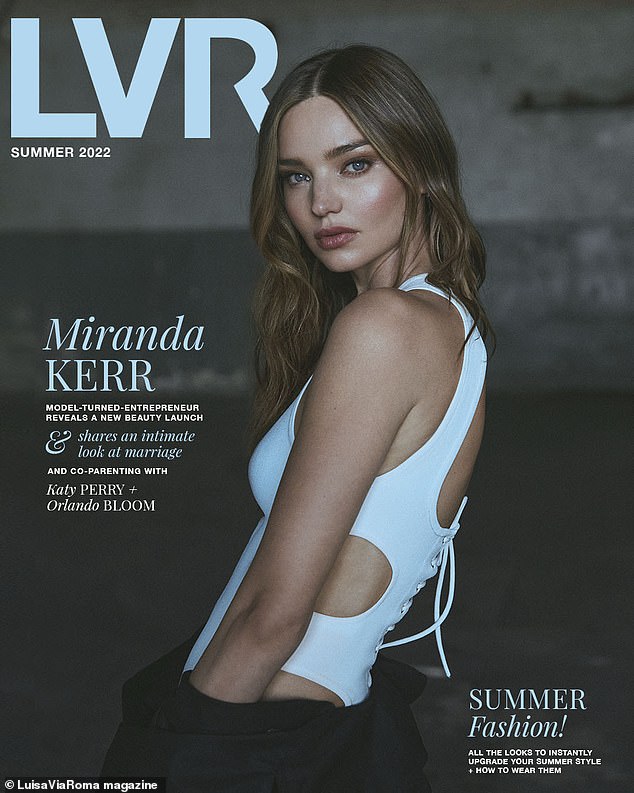 It takes a village: ‘I adore Katy and am grateful Orlando found someone he is happy with. Now Flynn has four happy parents who get along,’ she said 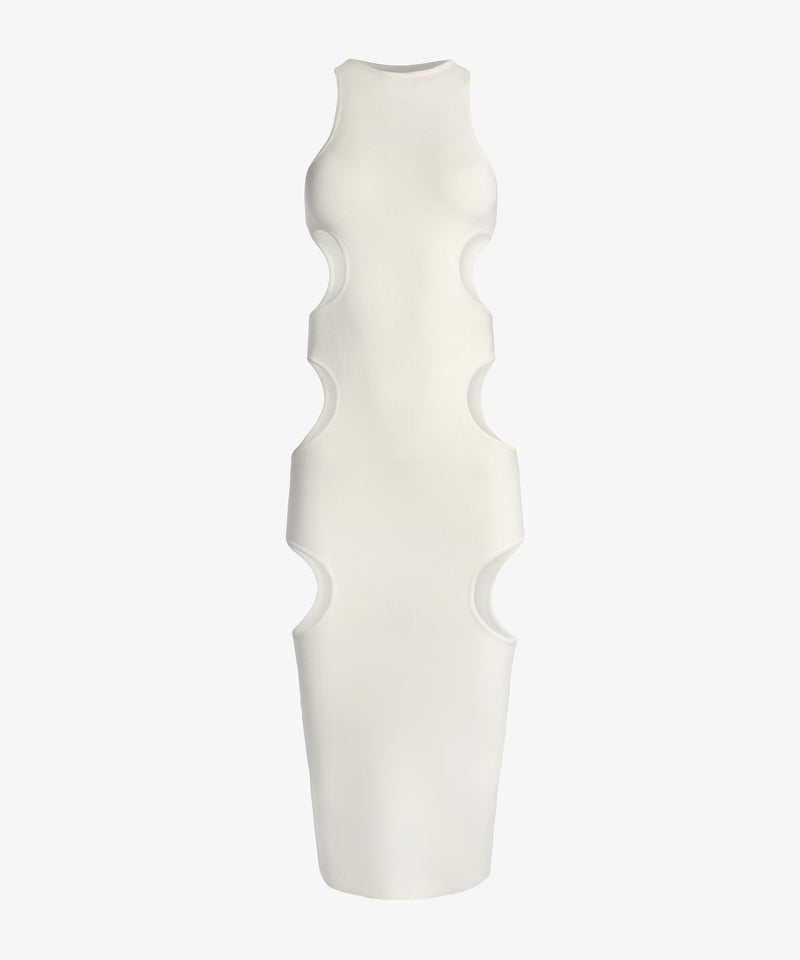 But in October 2013, the two announced that they were divorcing and had already separated months earlier.

Miranda and Evan first met at a Louis Vuitton event in 2014.

The model recounted how former Harper’s Bazaar editor-in-chief Glenda Bailey, who sat next to them at the dinner, told her out of the blue, ‘I know about these things. I have a strong feeling you will get married.’

Although Miranda said she didn’t expect anything to happen with Evan, who is seven years younger than her, she brought up her love of a 20th century classic piece by the popular Estonian composer Arvo Pärt. 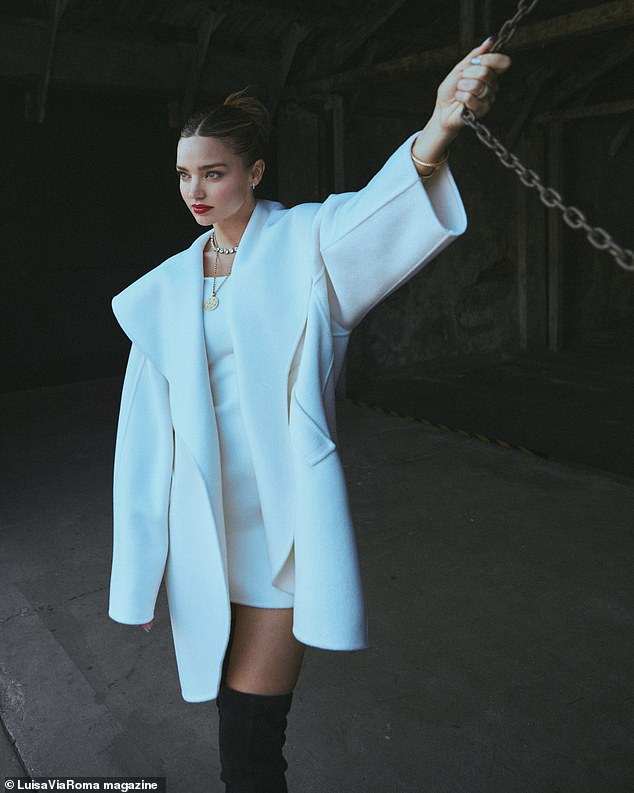 Ice breaker: Miranda met Evan at a 2014 Louis Vuitton event where she tried to bond with him by mentioning her love for a classic piece that featured his name

‘I told him one of my favorite songs is Spiegel im Spiegel [Mirror in Mirror] by Avro Pärt. We discussed our respective home construction projects, and he left before dessert, saying he was getting up at 5:30 a.m. and didn’t want to stay out late.’

Although their evening came to a seemingly cold end, Miranda gave it one last shot after a night of drinking and karaoke following a modeling trip to Japan.

‘I texted him to ask if he ever listened to the song, and he called me back right away,’ she said, though she turned the tables on him by ending the call so that she could go back to her singing.

The two took things slowly, and Miranda noted they saw each other on and off for months before she got her first kiss with Evan, but she appreciated their deliberative approach.

‘It was lovely to find someone who appreciated my kind heart and joyful spirit,’ she gushed of her partner. ‘We balance each other out like Yin and Yang. We complement each other.’ 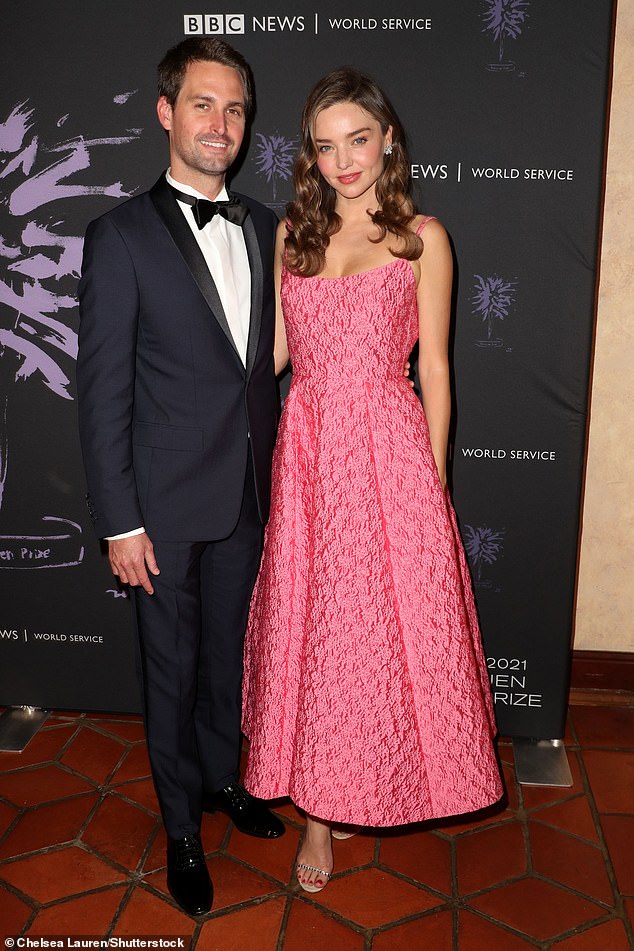 Happy couple: Miranda is married to Snap Inc. co-founder and CEO Evan Spiegel. They are seen here in May in LA

The lovebirds were officially dating by 2015, and they got engaged the following year before marrying in May 2017.

During her phone chat with LVR, Miranda had to pause the interview to take a call from a doctor over redness one of her sons developed in his eye.

‘It’s probably nothing to worry about, but you want to make sure it’s all OK,’ she said.

Since then, Miranda noted how she had instilled some healthy habits in her husband, like getting him to work out, while he had help stabilize her sleep schedule. 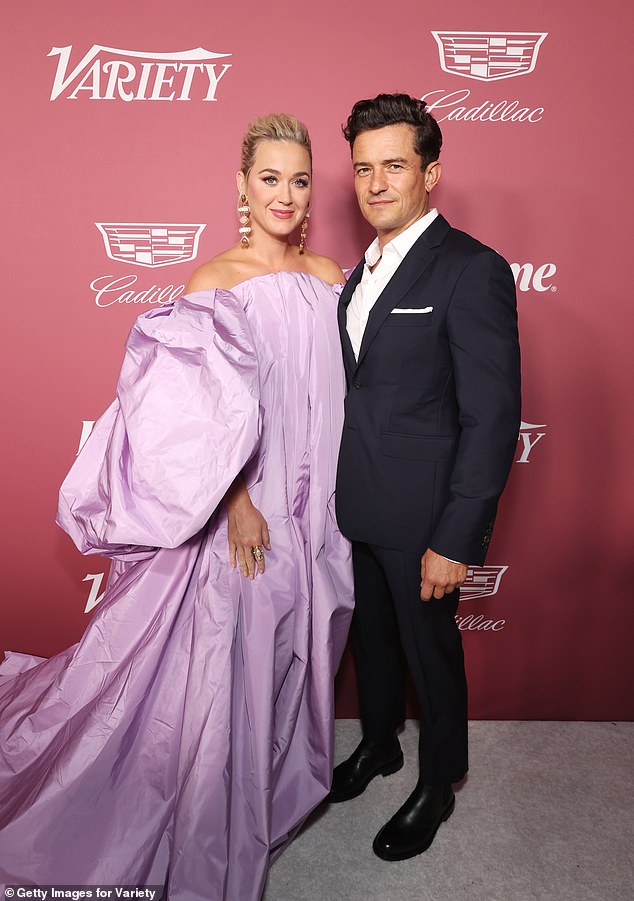 ‘We will be family no matter what’: Miranda shares her son Flynn with Orlando, while she also has two sons with husband Evan Spiegel; Orlando and Katy seen in September 2021

‘We also love the different things we bring to the table. He is so intelligent, obviously, and thinks differently from anyone I’ve met and vice-versa; it’s fascinating to have conversations because we both think about things and perspectives differently. He is very intellectual, and I am heart-centered,’ she said.

Miranda sounded as if she was on top of the world, and she noted her upbeat attitude in the interview.

‘It’s our choice to choose a positive thought — like “It’s great, we need that rain,” versus, “oh no, it’s raining” — we choose which thought we gravitate toward.’