Real estate developer Mohamed Hadid, 74, was spotted in Beverly Hills on Saturday in the presence of a stunning blonde companion.

The outing comes after the Palestinian born businessman recently made headlines as he hit the red carpet with the Real Housewives of Orange County star Keni Silva at the LACMA and Gucci Art + Film event in Los Angeles earlier this month. 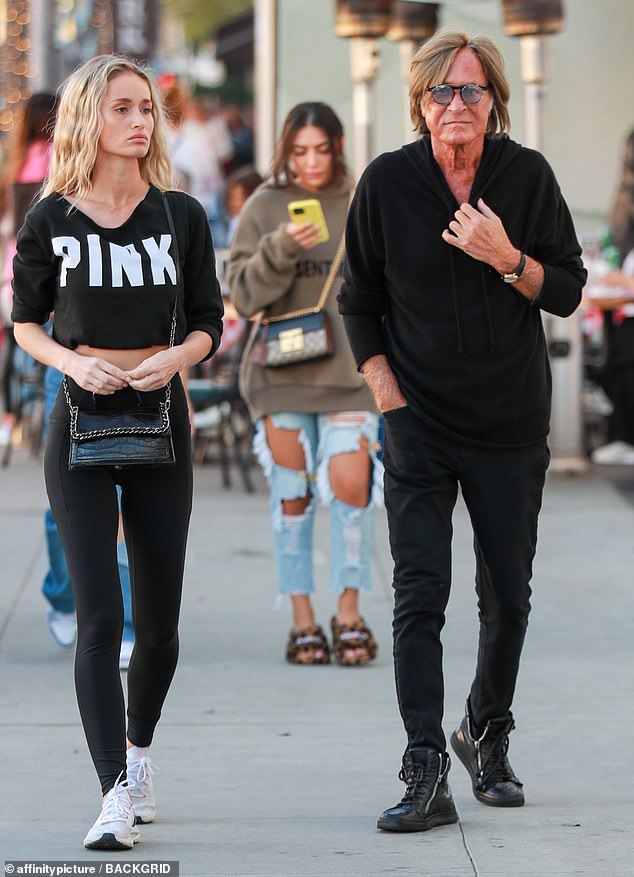 Hadid, who is the father to several children including supermodel Gigi Hadid, cut a stylish figure in an all black ensemble complete with a lightweight knit hoodie, fitted pants and high top designer sneakers.

Mohamed also has supermodel daughter Bella and son Anwar with his ex-wife Yolanda Hadid, who was on The Real Housewives Of Beverly Hills. 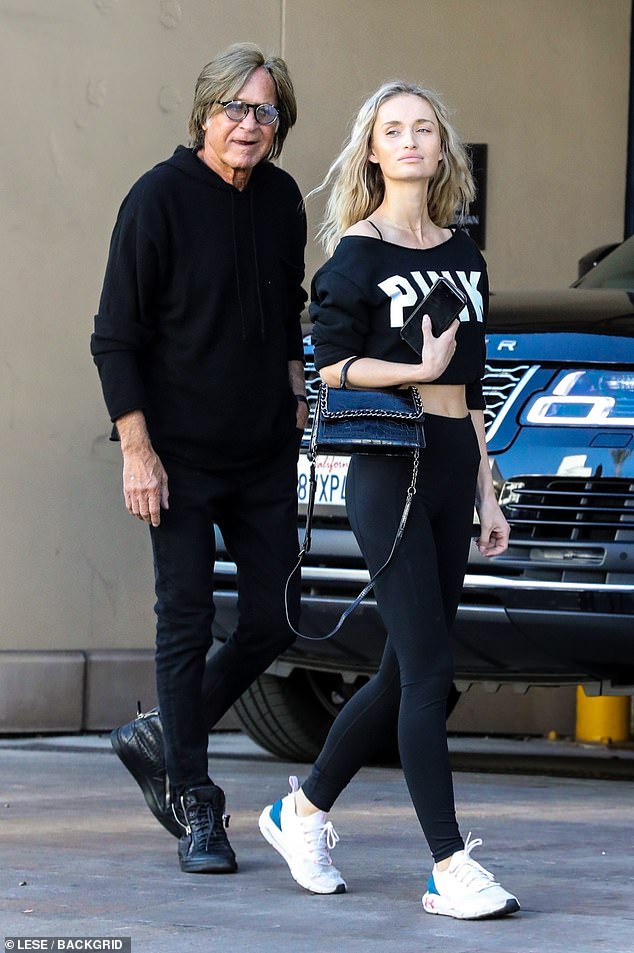 Forever young: Hadid, who is the father to several children including supermodel Gigi Hadid , cut a stylish figure in an all black ensemble complete with a lightweight knit hoodie 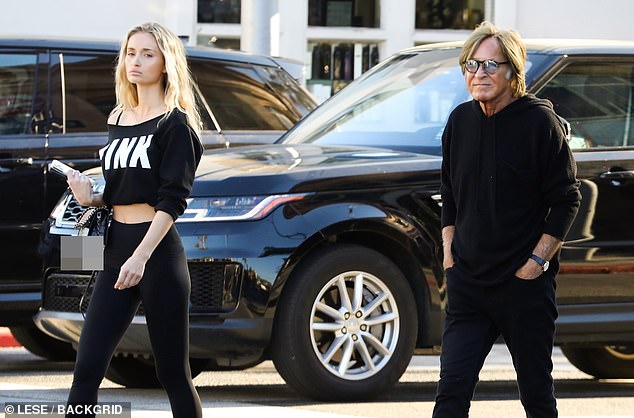 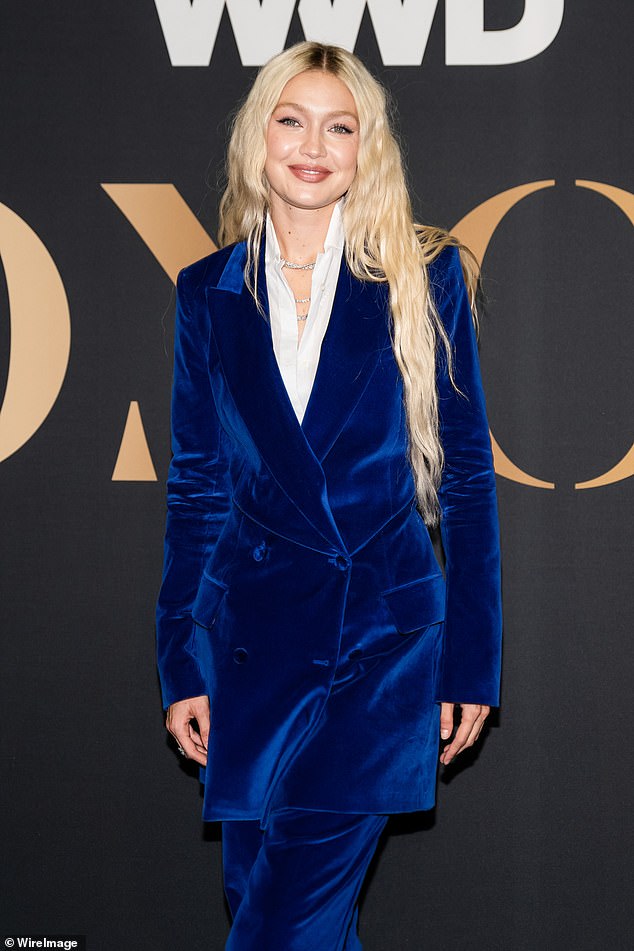 Model genes: Gigi, 27, and her younger sister Bella are both top models and their father shares them with his ex-wife, former model Yolanda whom he divorced in 2000

Clad in tight black spandex pants and a loose fitting crop top emblazoned with the brand ‘Pink’ across it, the blonde beauty looked effortlessly chic as she accompanied Hadid.

Mohamed is a fixture in the Beverly Hills scene and is known for investing in and developing luxury hotels and mega-mansions around Los Angeles’s most affluent neighborhoods.

Boasting an uncanny resemblance to Hadid’s 27-year-old daughter Gigi, Silva turned heads as she strutted her stuff arm in arm with the real estate mogul. 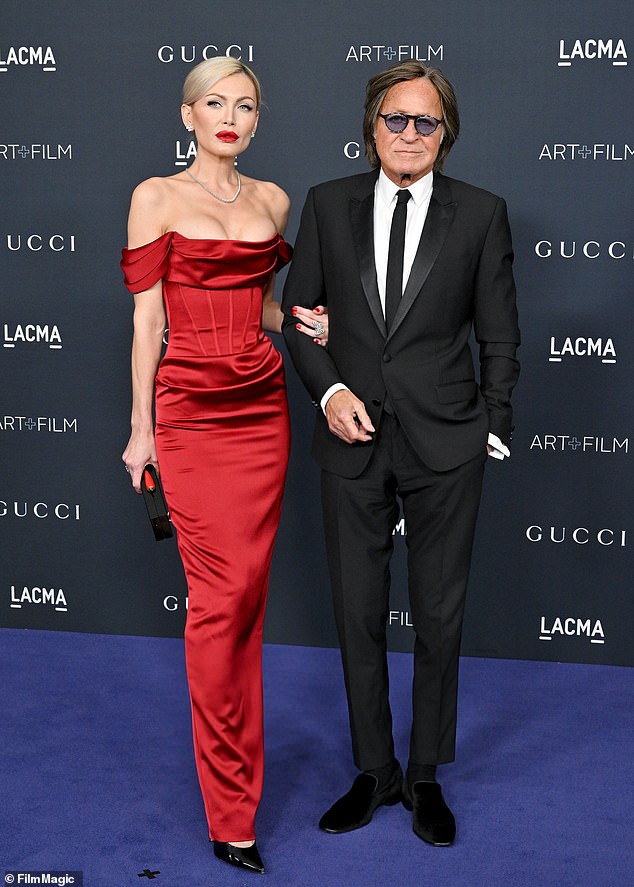 Wow: The outing comes after Gigi Hadid’s father was seen with his arm wrapped around Keni Silva at the LACMA and Gucci Art + Film event in Los Angeles on Nov 5 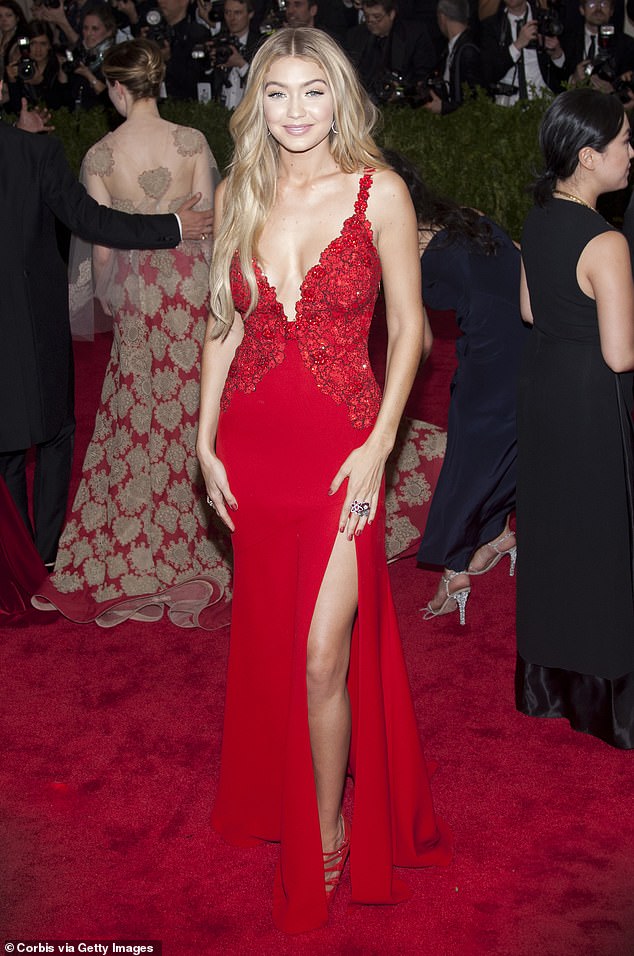 Double take: Silva looked just like his supermodel daughter; Gigi pictured in red in NYC at the Met Gala event in 2015

The businessman was seen with his arm wrapped around Silva as she wore a tight red dress that made the most of her stunning figure.

The beauty wore her white hair pulled back and looked like she could pass for Gigi’s older sister.

Keni has her own fame. She is a star on The Real Housewives of Orange County.

It is not yet known if Keni is dating Mohamed but they certainly looked friendly as they poses side by side at the event.

Keni posted on her Instagram on Saturday evening that she was at dinner at Maestros ocean club in Newport beach. 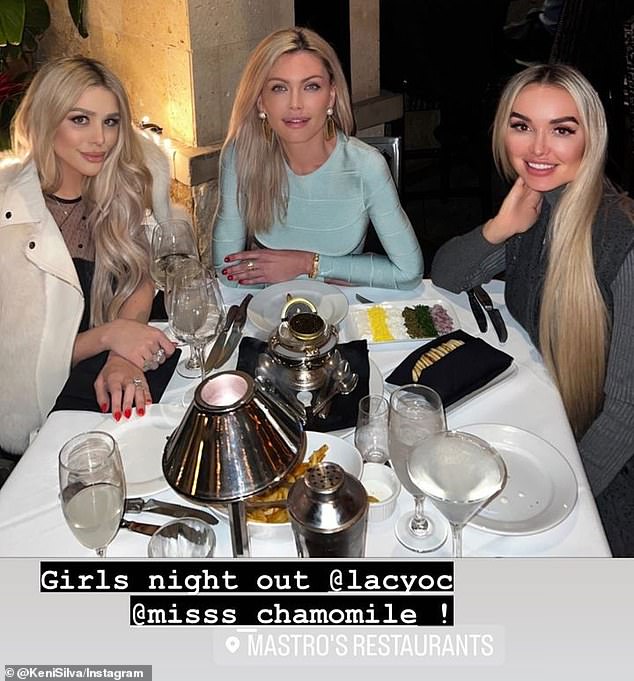 Girls night: Keni posted on her Instagram on Saturday evening that she was at dinner at Mastro’s in Newport beach

This comes after Yolanda said she is proud of her daughters for how they deal with the pressures of fame in an interview with Entertainment Tonight.

The 58-year-old star admits her model daughters Gigi and Bella, 26, are ‘great at what they are doing’, despite the round-the-clock interest in them via social media.

She said: ‘My modelling career 40 years ago, when I started, is very different than today,’ Yolanda shared. ‘Because even when you’re famous, you know, I would go home at five o’clock and nobody would talk about me or look for me, you know what I mean?

‘It’s not the same for them. It’s 24/7 paparazzi outside. [And] the whole social media aspect of it puts a whole different [light] on it.

‘They are great at what they are doing.’ Yolanda insisted she has always tried to instill a good work ethic in her girls. 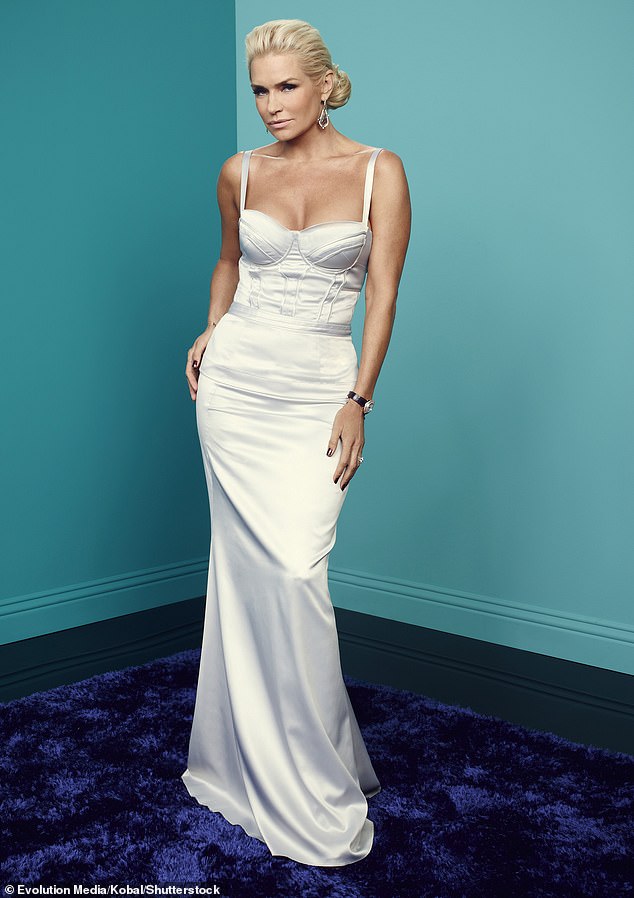 Ex-wife: Mohamed was married to Real Housewives of Beverly Hills star Yolanda Hadid from 1994 until 2000. Together they share supermodels Gigi and Bella, 26; Pictured 2010

Speaking to ‘Entertainment Tonight’, she added: ‘I’ve always taught them to be the hardest working person they can, and to be the first to show, the last one [to leave]. Be good to everybody on set. Not just the people that can, you know, make you bigger in the business, but to everybody.

In 2020, Yolanda admitted her children are her ‘greatest accomplishment’.

Yolanda previously revealed she ‘set her kids free’ when they were 12 as she felt it was important for her kids to learn to become ‘independent human beings’ as they entered their teenage years.

She said of motherhood: ‘I think I’m a disciplined mom versus a strict mom. But also, that job – the disciplining was from birth until about 12, and at 12 I set my kids free and they learned to become independent human beings. And after that, it’s just catching them when they fall. I don’t run their lives, I don’t make decisions for them. I’m just their energetic anchor, and I’m here for them to catch them when they fall.’ 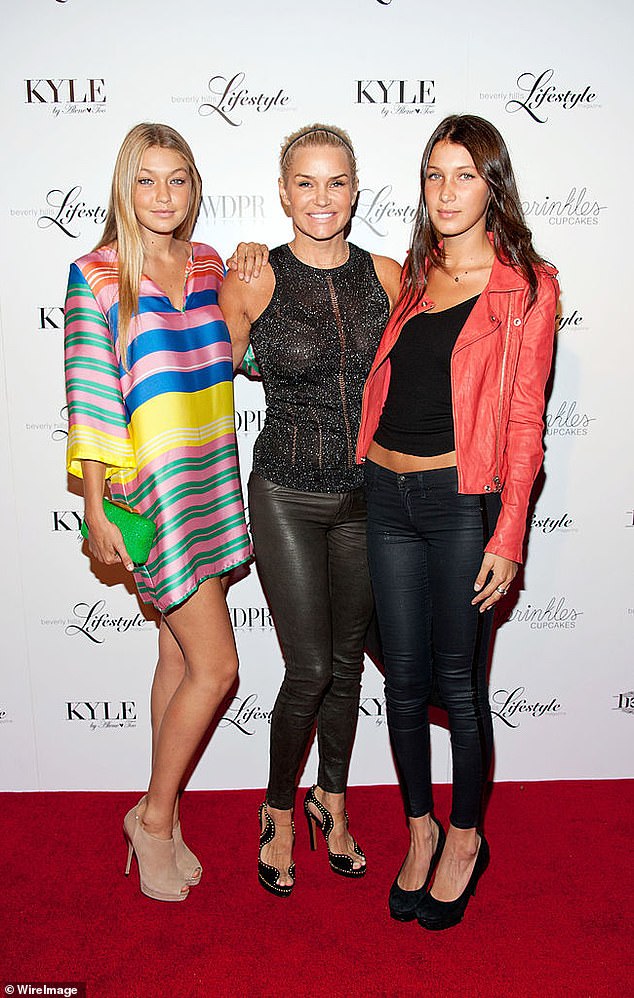 Proud mommy: Yolanda said she is proud of her daughters for how they deal with the pressures of fame and that they are ‘great at what they are doing’; Seen in 2010