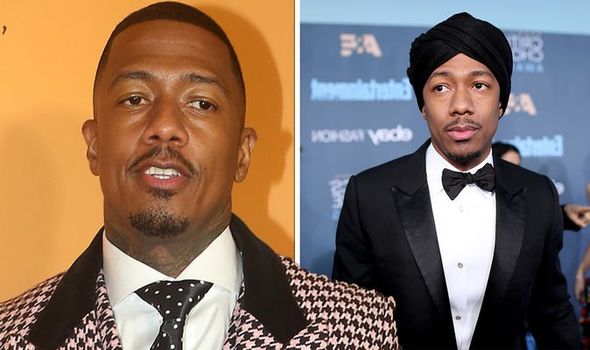 Nick Cannon has shared the devastating news that his five-month-old baby has died from a brain tumour. The actor announced this on his show today, breaking down as he shared the update with his viewers.

Nick shared how his son, Zen, has died this past weekend.

He started off his latest episode of The Nick Cannon Show on Tuesday morning by showing a photo of his youngest son.

He then broke down in tears as he added: “Over the weekend, I lost my youngest son to a condition called hydrocephalus…brain cancer.

“It’s tough. And I have my therapist here, who’s been helping us through it.”

In a tearful update, he explained he’d shared his last moments with his son last weekend when he travelled with his family to California.

They had travelled to the ocean to say goodbye to his young son.

The star, who is well known as a comedian and presenter, was on the verge of tears as he relayed the news.

However, he also admitted he felt the need to get back to work and keep busy.

The Masked Singer host called the episode a “celebration of Zen’s life”.

He added: “You can’t heal until you feel.”

They both announced his birth back in June on Instagram.

During his show earlier today, Nick also opened up about his son’s condition.

He shared how his brain tumour was discovered after he went to the doctor to check on his son’s cough.

He also said Zen had some abnormalities in his head as well, which led to the diagnosis at two-months-old.

He had immediate surgery at the time.

However, Nick and Alyssa have not previously spoken about Zen’s health issues.

The star posted the message to his Instagram acccount as well where he was inundated with support.

Nick has six other children. He shares twins Monroe and Moroccan Scott with Mariah Carey.

He had Golden and Powerful Queen with Brittany Bell.

With Abby de la Rosa, his current partner, he has two twins who were born in June.