Nothing gets Nick Jonas’ mouth watering quite like his wife Priyanka Chopra.

In a snap posted to Instagram by the 39-year-old actress, her Jonas Brothers’ husband of nearly three years, 28, was seen holding up a knife and fork to her butt.

Sharing a cheeky poolside selfie on Sunday the actress joked that she was the ‘snack.’ 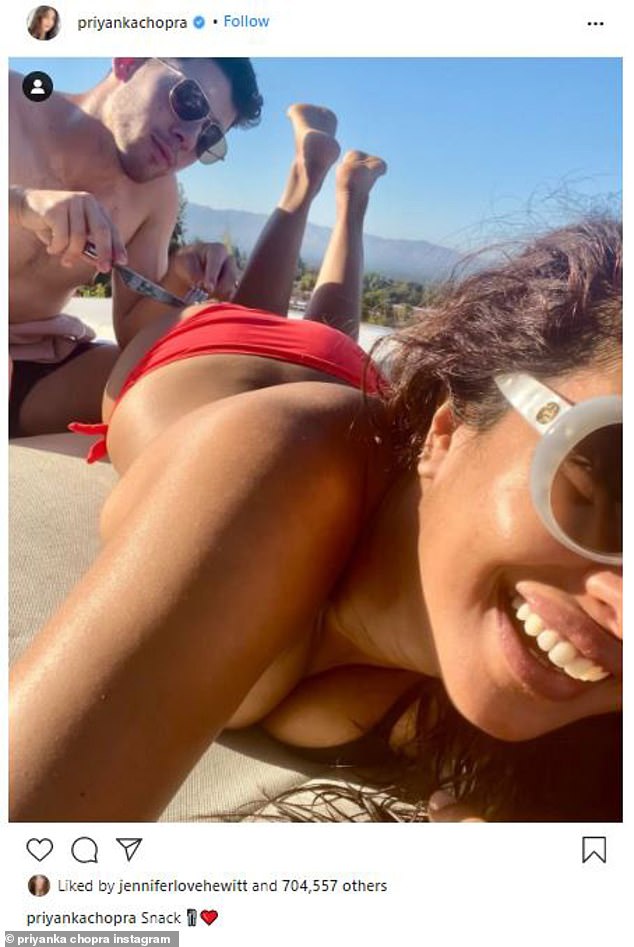 On the menu: The Jonas Brother looked ready to take a big bite of his wife’s backside as he cheekily held a knife and fork up to her butt in a poolside snap

The Quantico actress was seen showing off her curves in a red bikini bottom with a black top while wearing a pair of white Gucci sunglasses.

She looked to be in the middle of laughing as she snapped a selfie that showed Nick holding up silver cutlery while pretending to cut into her backside.

The Sucker singer was also seen in swimwear as he donned trunks with a napkin over his lap and a pair of aviator style sunglasses.

He looked very focused on the task as his wife marveling over his wife’s killer curves. 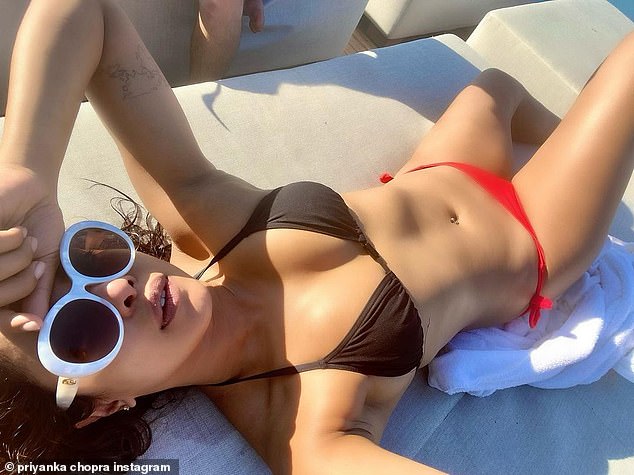 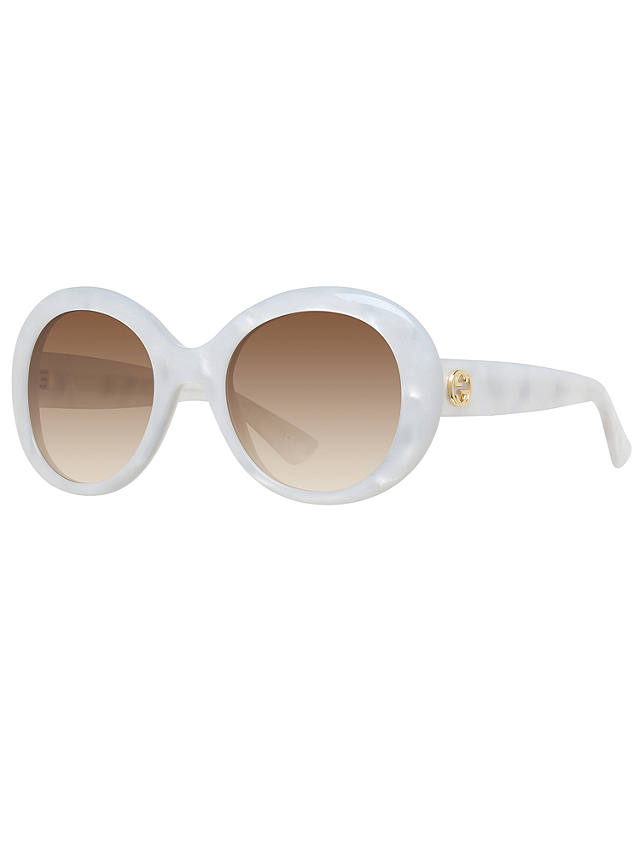 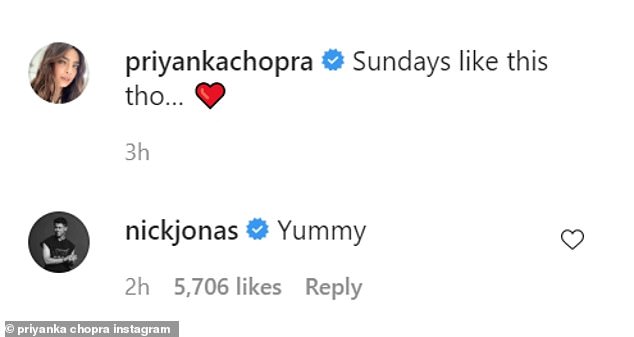 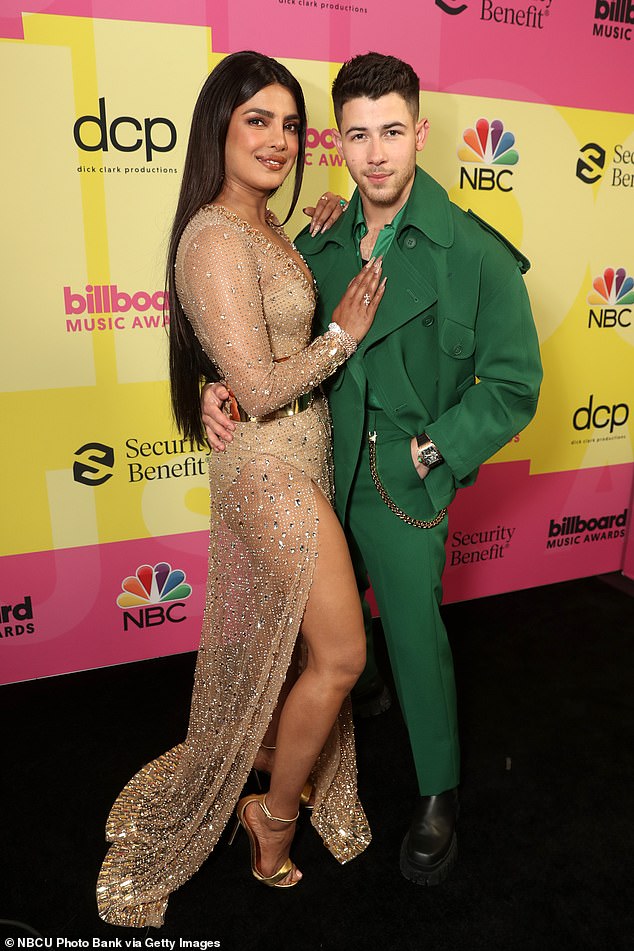 Wedded bliss: The pair got married in 2018 and he recently gushed over the Quantico star as he referred to her as his ‘muse’

The pair got married in December 2018 in both Christian and Hindu ceremonies at Jodhpur, India’s Umaid Bhawan Palace after dating for almost a year.

In an interview with L’Officiel in April he gushed that he was ‘fortunate’ to have Priyanka as his muse.

‘I feel really fortunate to have that muse and that support propels me to continue to write; it’s omnipresent for me. We’re together as much as we can be to bank as much time for those moments when we know that we inevitably have to be apart.’

During the pandemic the two had incurred some distance as she spent a lot of time in London while he was back in the US.

He recently joined her overseas as she shot the upcoming Amazon Prime series Citadel, but the duo appeared to be back relaxing back at their home in Los Angeles on Sunday.

They celebrated their three-year anniversary of their engagement on July 18 as she wrote ‘My everything.. 3 years today. Seems like a blink and a lifetime at the same time. I love you.’ 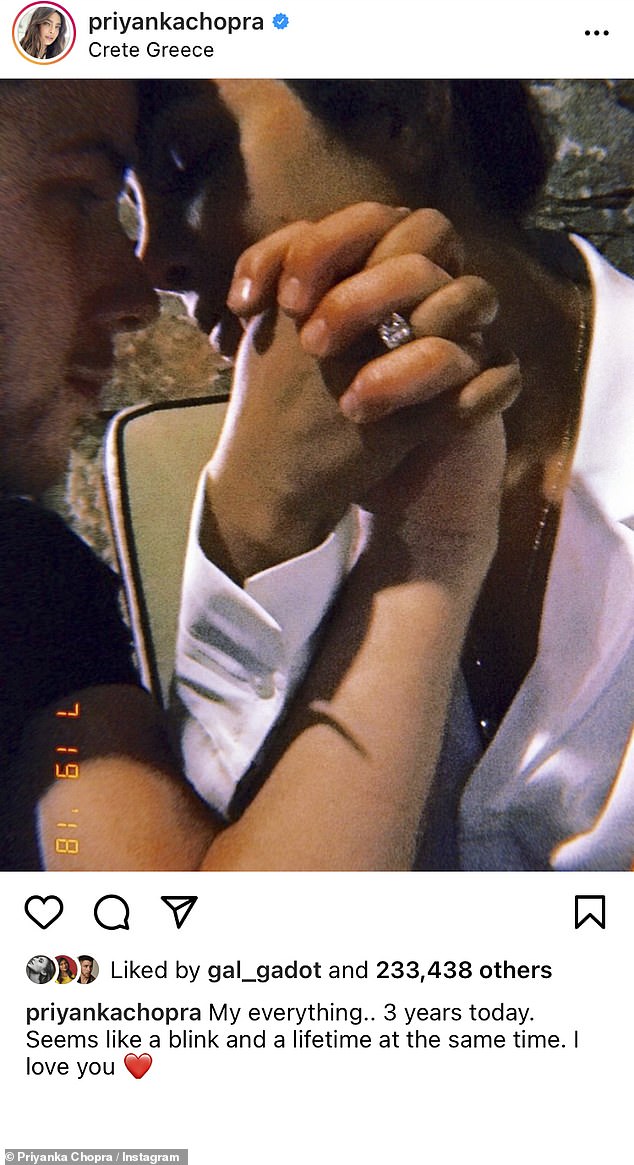 Engagement anniversary: They celebrated their three-year anniversary of their engagement on July 18 as she called him her ‘everything’