Nicky Campbell hit out at ex-Chancellor over Indyref2 claims: ‘Provocative or clumsy?’

Nicky Campbell jokes that 5 Live guest has ‘scared’ him

Nicky Campbell is one of the BBC’s most well-known radio presenters, having spent more than 20 years hosting programmes on Radio 5 Live. He currently hosts BBC Radio 5 Live Breakfast and Your Call, as well as the BBC One programme, The Big Questions. As a result, the Scot has kept his finger on the pulse of current affairs for years — and was quick to call out former Chancellor Sajid Javid for his remarks on a second referendum on Scottish independence on social media.

Mr Javid had just thrown his hat in the ring as a potential candidate to lead the Conservative Party after Theresa May announced her resignation, and he started by addressing one of the most talked about issues within the UK.

He tweeted: “If I become PM, I won’t allow a second Scottish independence referendum.

“People stated views clearly in 2014, so there should be no second vote. 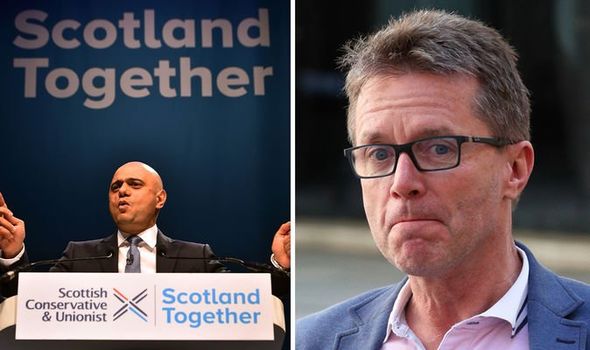 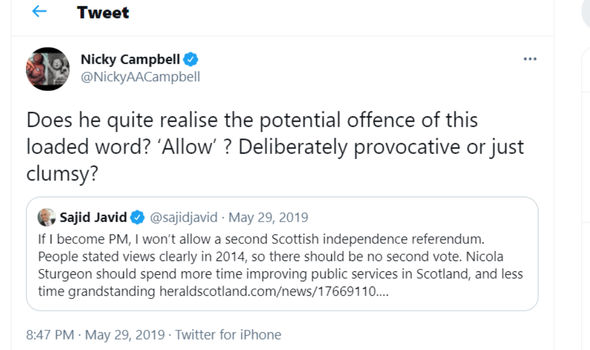 However, Mr Campbell then quoted Mr Javid’s tweet, and asked: “Does he quite realise the potential offence of this loaded word?

One account then replied to the radio presenter and claimed Mr Javid’s words were aimed not at “the Scottish people but the Tory electorate”.

When Mrs May resigned in May 2019, Conservative politicians competed to be elected as leader of the Tory Party.

The victor would then automatically inherit Mrs May’s seat in No.10 Downing Street.

Mr Javid — then Home Secretary — was not successful, and finished fourth place in the leadership contest.

However, the new Tory leader and Prime Minister Boris Johnson then appointed him as the Chancellor of the Exchequer in July 2019. 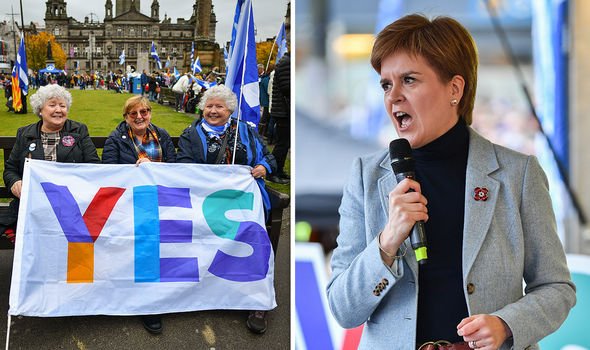 He resigned last year from Cabinet and is now a backbencher, although the Conservative Party continues to promote the same Unionist message.

Ms Sturgeon has confirmed that if her party, the Scottish National Party (SNP), is victorious in May’s Holyrood elections, then she will hold an advisory referendum on the matter.

However, Mr Johnson is adamant that Indyref2 cannot go ahead especially just seven years after the last supposedly once-in-a-generation vote.

For any such referendum to legitimately change Scotland’s position in the UK, the Prime Minister has to give his consent. 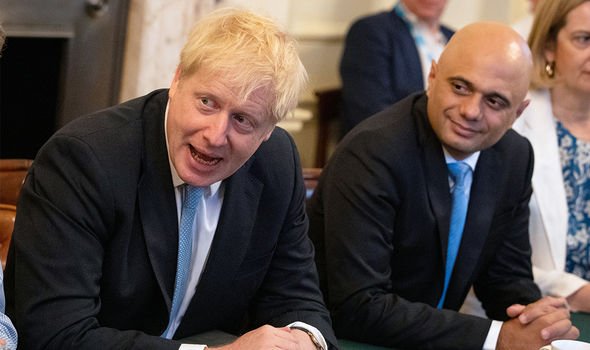 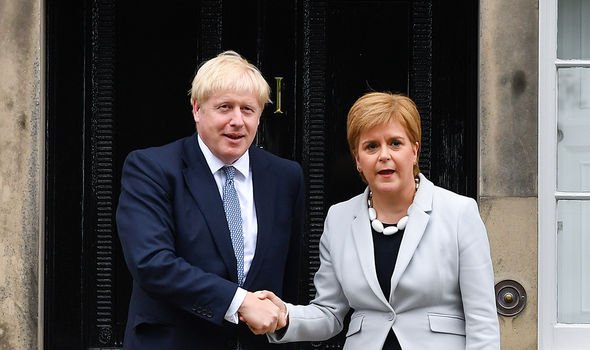 The Scottish electorate voted to remain part of the UK in 2014, but polls suggest that Brexit and Mr Johnson’s approach to the pandemic may have increased support for independence.

Mr Johnson is expected to argue in a speech to the Scottish Conservative Party this Sunday that holding another vote during the pandemic would be reckless.

The BBC has also come under fire this week for its coverage of Ms Sturgeon’s Indyref2 campaign.

The Scottish Conservatives tweeted on Thursday: “The BBC will not take Nicola Sturgeon’s briefings off the air entirely during the election.

“We have strongly opposed this shameful decision which will damage Scottish democracy.

“But we will not let it prevent us stopping an SNP majority and halted their push for Indyref2.” 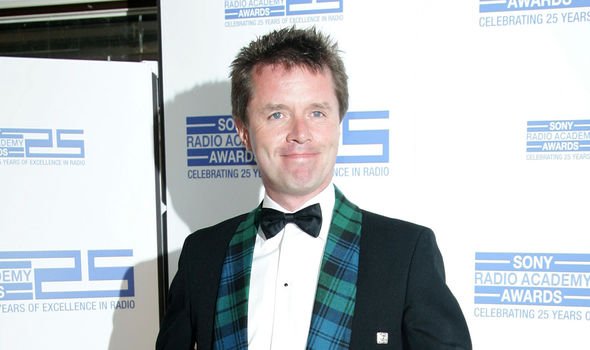 Mr Campbell, who grew up in Scotland, is also expected to be completely impartial as a BBC employee.

However, he once caused a stir for allegedly showing “Bias towards the Union” in another spat about Scottish independence.

During his 9am show, Your call, he asked one caller: “How much do you value and cherish this extraordinary and successful Union?”

After the listener explained that she was “fed up with Nicola Sturgeon spouting she wants Scotland to be independent”, Mr Campbell wrapped up the conversation by noting that it was a “splendid conversation”.

He even concluded: “It’s the best call we’ve had in weeks.”

However, his words triggered backlash from the SNP, who complained to the BBC that his words “seemed a bit odd”.

The BBC replied and explained: “During the pace of a live phone-in, callers are built up to express their views and to encourage provocative debate.”