Olivia Jade dons a cheeky floral bikini and snaps selfies as she relaxes with a drink in Cabo, Mexico, following dad Mossimo’s release from prison

It’s a weight lifted from her shoulders now both her parents have completed their prison sentences.

And so it’s no surprise that Olivia Jade looked carefree over the weekend as she soaked up some sun in Cabo San Lucas, Mexico.

The 21-year-old YouTube star showed off her slender figure in a floral-print two-piece as she relaxed at a luxurious resort on the coast of the Baja California peninsula. 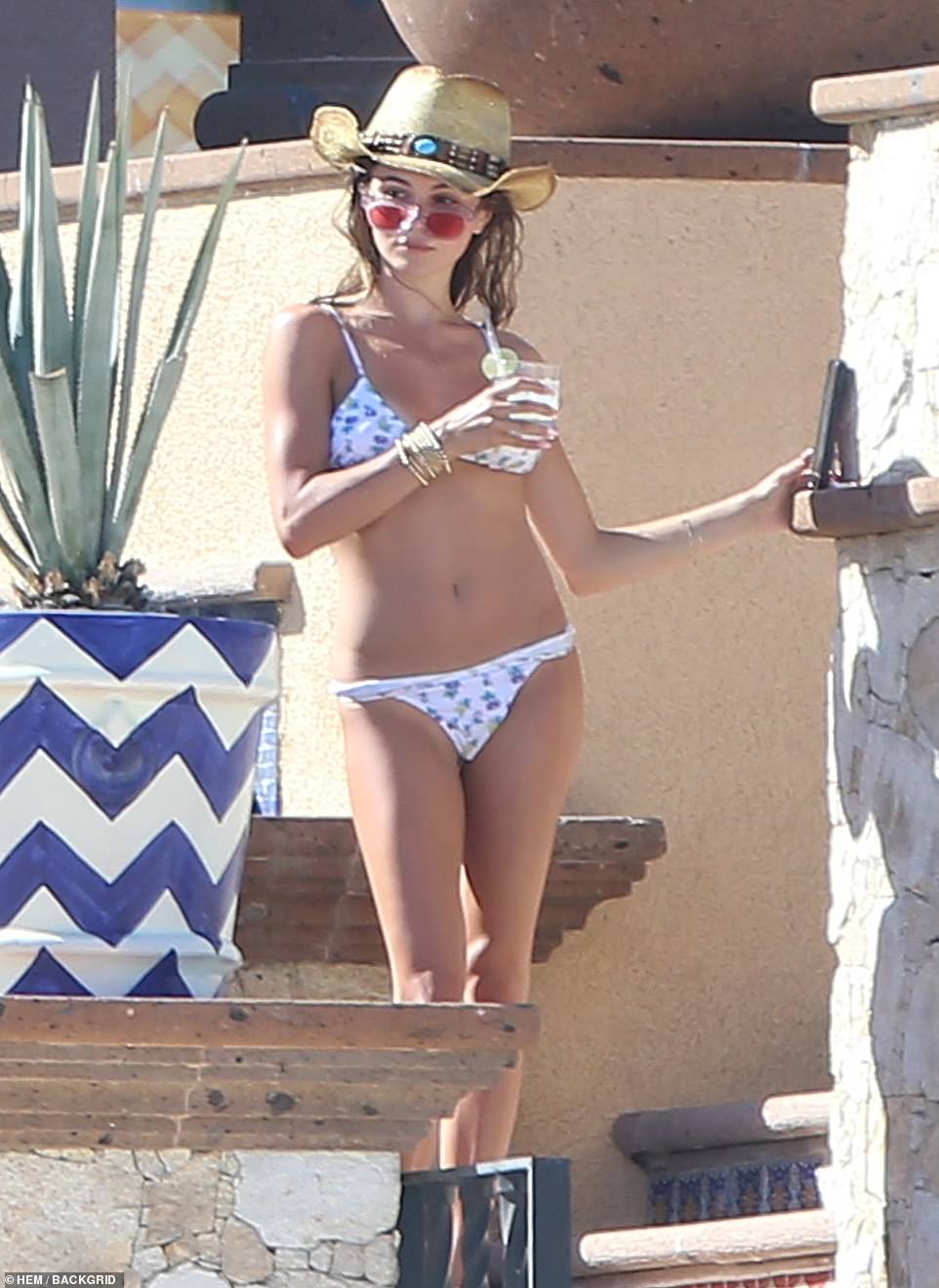 Getting away from it all: Lori Loughlin’s daughter Olivia Jade is seen relaxing in Cabo San Lucas, Mexico over the weekend

Strike a pose: The 21-year-old was spotted sunning herself and snapping selfies at a luxury resort

Olivia was seen snapping selfies and sipping on what looked like a margarita in-between dips in her private pool.

The influencer who has 1.3 million followers on Instagram, accessorized her vacation look with some gold bracelets and a straw cowboy hat.

Olivia’s getaway comes as mom Lori Loughlin is mulling a move out of California to work on her marriage to Mossimo Giannulli after they both served prison sentences for their participation in the college admissions scandal.

The 56-year-old actress and her designer husband are ‘looking to buy a home in Idaho to get away from it all’ and reconnect, according to UsWeekly. 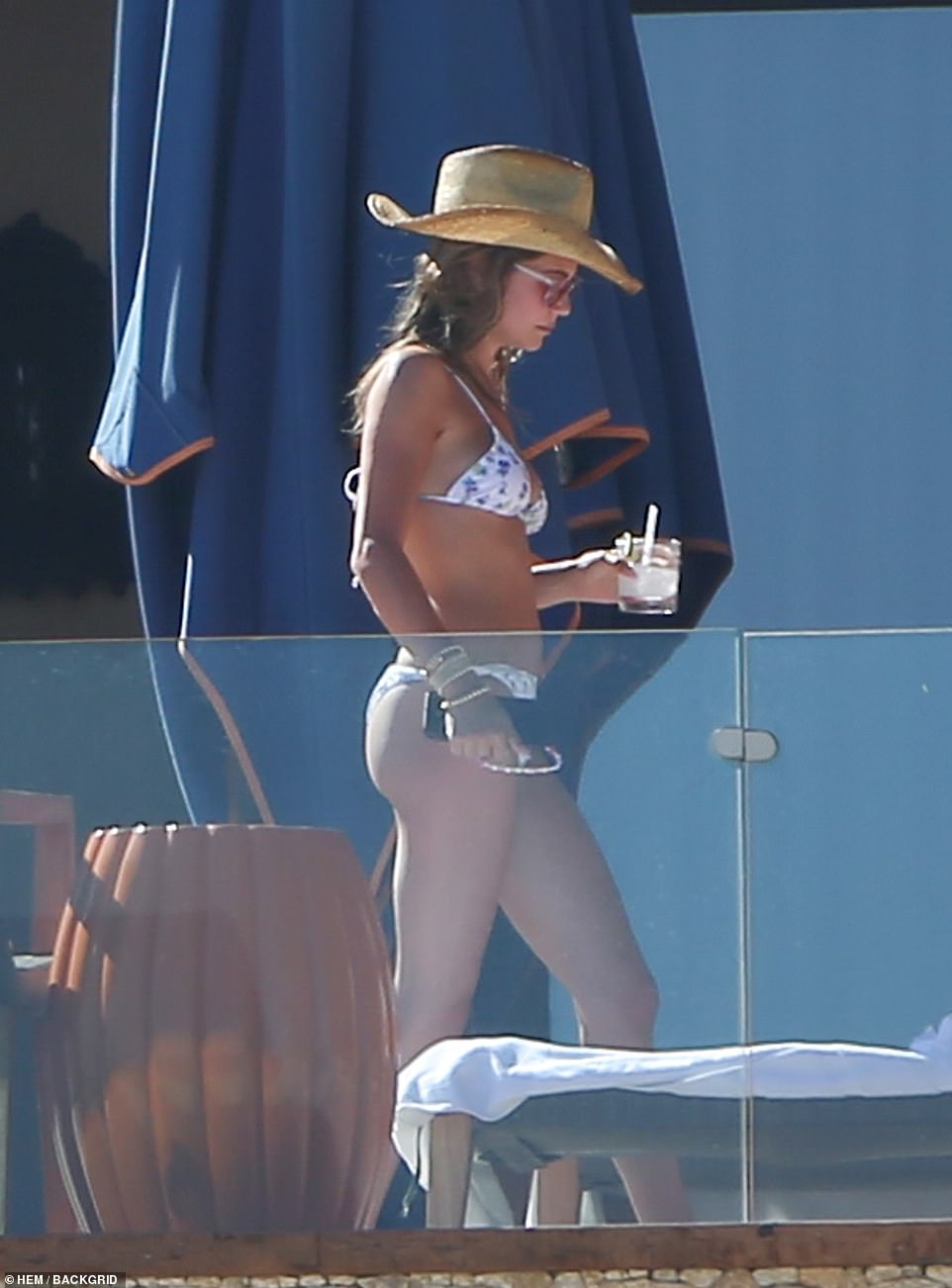 Living it up: The influencer, whose parents were recently released from prison in recent months for their part in the college admissions scandal, sipped drinks as she enjoyed the sunny getaway

For the ‘gram: The brunette beauty made sure to document her trip for social media

‘They recently downsized from their spacious home in Bel Air, which overlooked the Bel-Air Country Club, to a smaller home in the guard-gated community of Hidden Hills,’ a source said, while noting the couple still struggles with their privacy post prison.

‘They had looked at homes earlier this year in Idaho and were prepared to move out of Los Angeles, but eventually decided to stay as their daughters really wanted them close by at the time.’

Their interest in moving is only made easier now that ‘both girls have their own places and are trying to lead a normal life with their own friends and business opportunities.’ 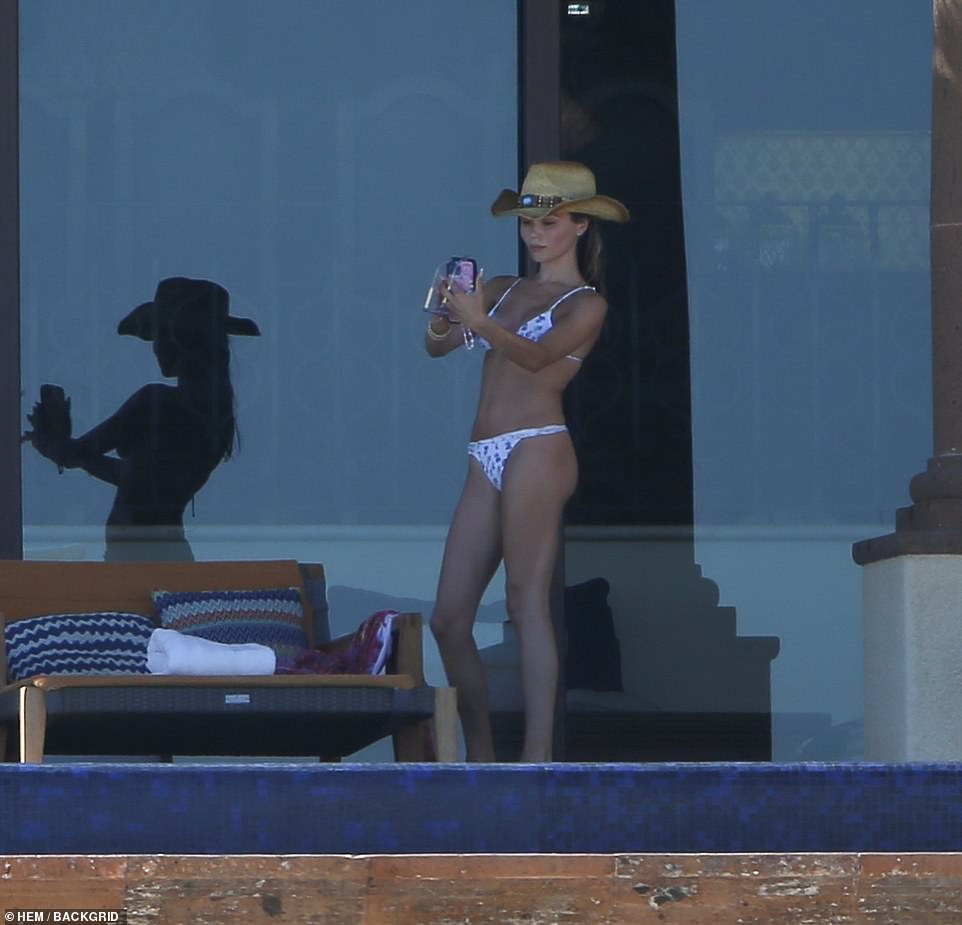 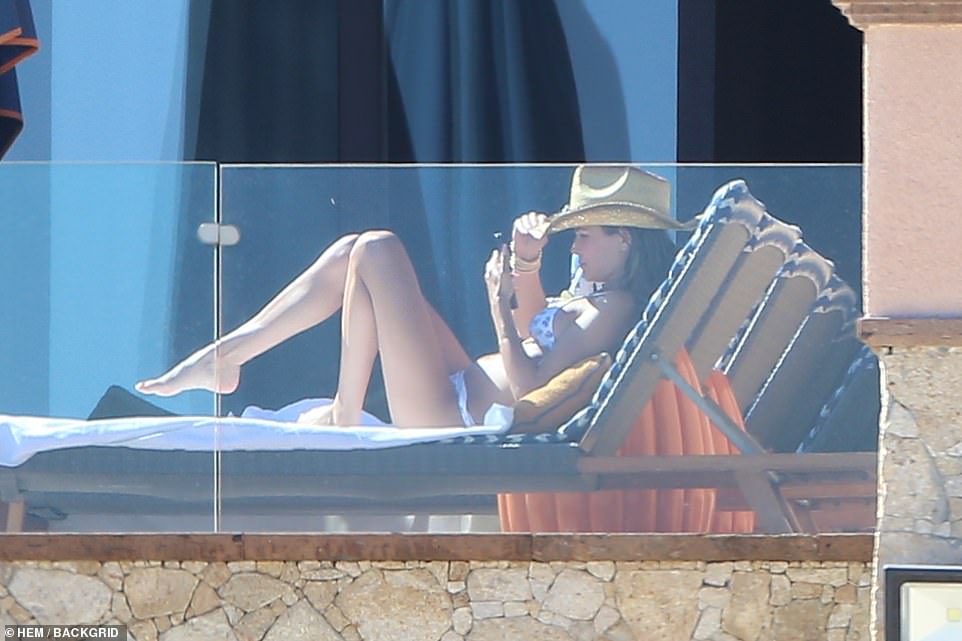 Just checking: The internet beauty could be seen reviewing something on her phone as she reclined on a sun lounger 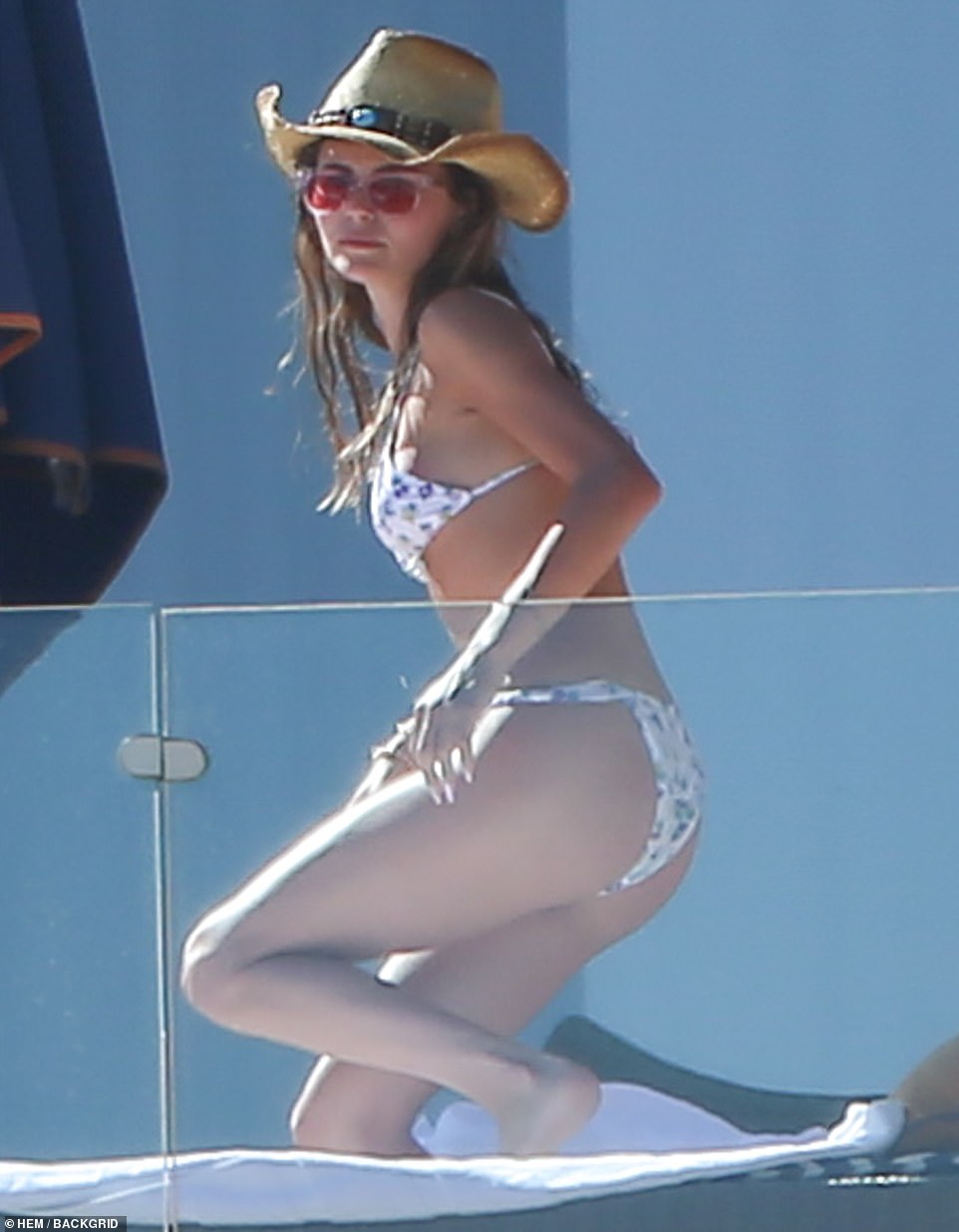 Well-deserved break: It’s no doubt a weight from her shoulder now that her parents are out of prison

‘They can start anew and work on their marriage together as the whole college scandal has taken a toll on both of them, as well as their marriage,’ an insider revealed.

The source noted that it would ‘be a good call for them’ to start a new life somewhere where they can take advantage of the great outdoors.

‘Lori loves hiking, skiing and the outdoors. Taking long hikes calms her and she looks forward to her hikes daily,’ the source says, adding that her husband ‘also loves the outdoors and especially the snowboarding and skiing that Idaho has to offer.’

Loughlin, who starred on the popular ’90s ABC sitcom Full House and its reboot decades later, Fuller House, was released from prison in December after serving two months in jail for fraud. 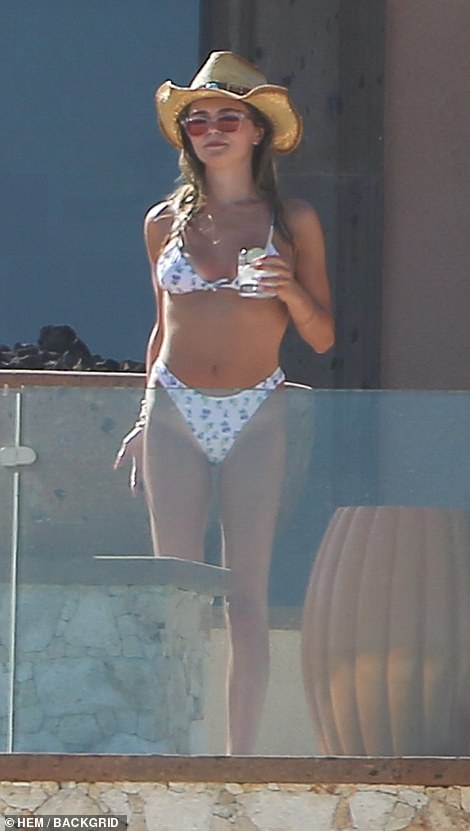 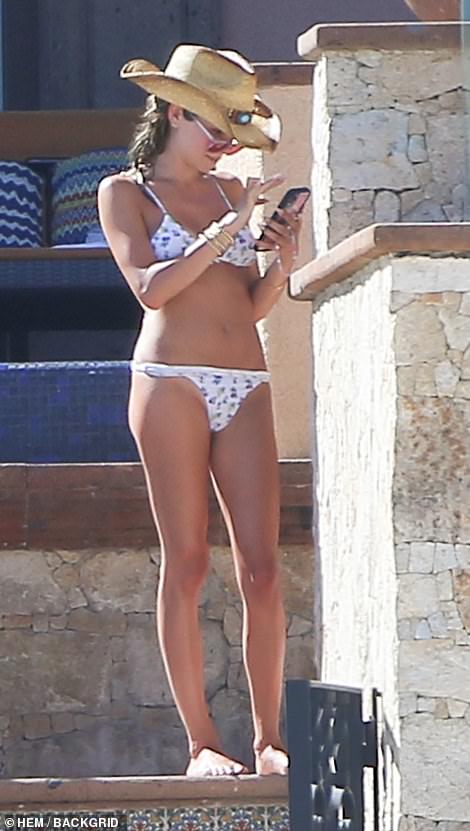 Stylish swimsuit: Olivia’s two-piece featured a floral pattern and a tie-detail on the top 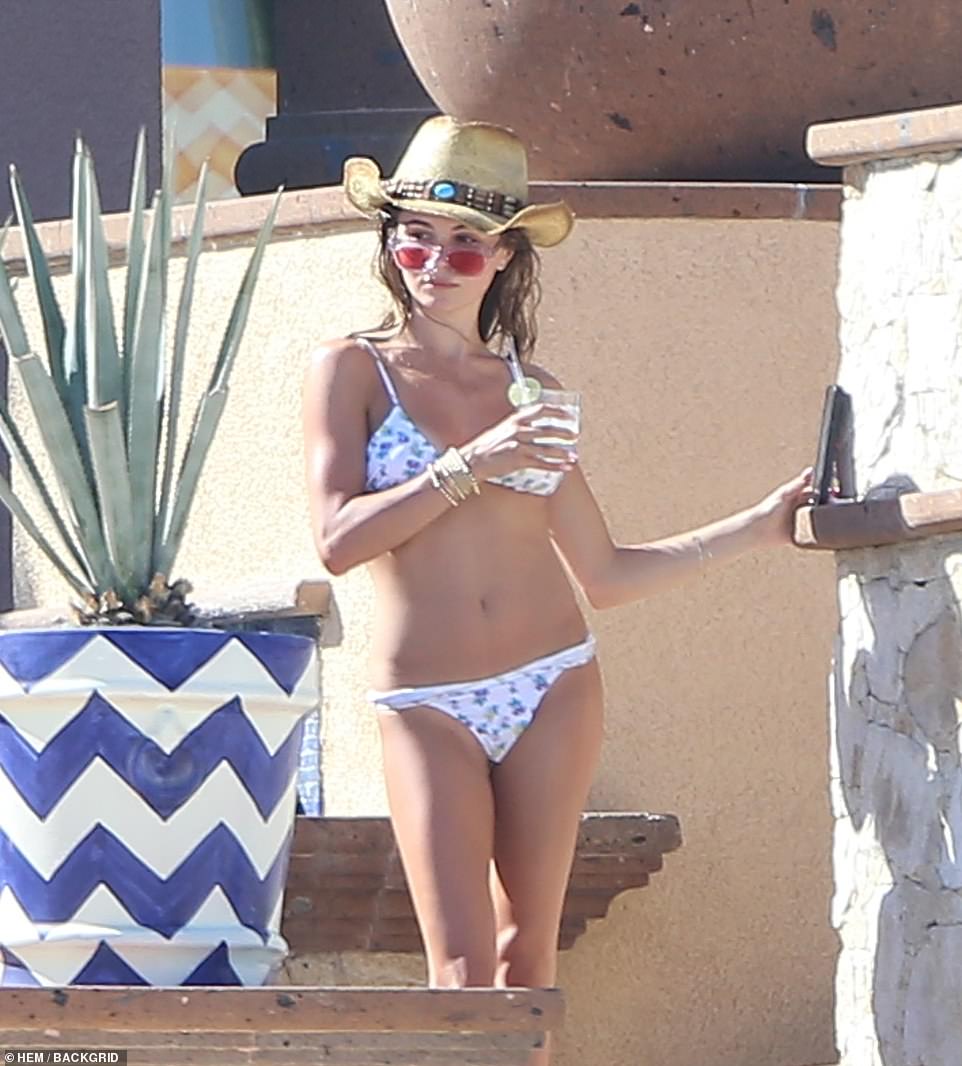 Sweet and sour: Olivia propped her phone up for a moment so she could sip on her refreshing margarita 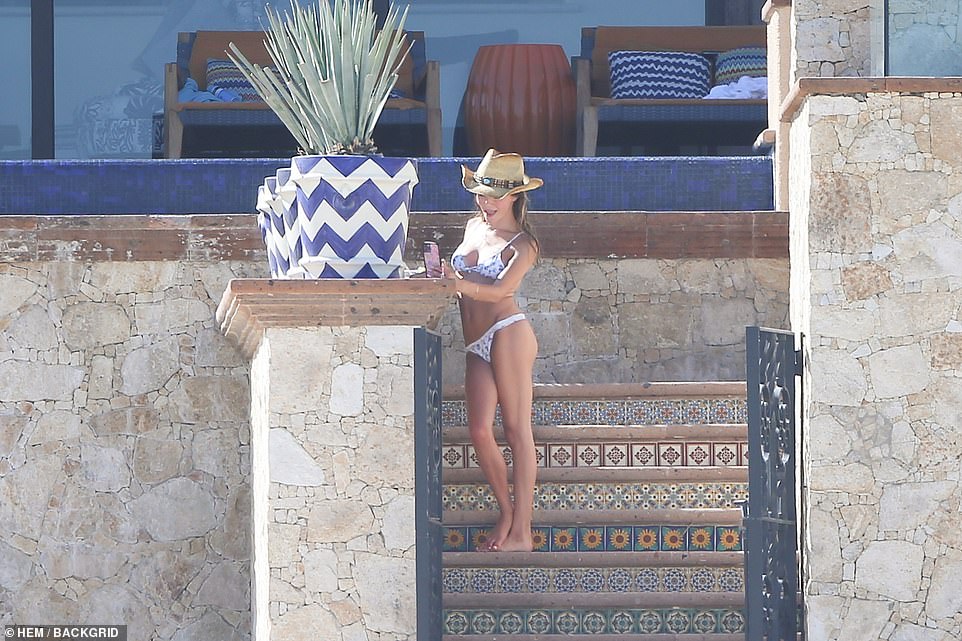 On Nov. 19, Giannulli, 57, was booked into federal prison in Lompoc, near Santa Barbara, to serve his five-month sentence for two charges and was released on April 2.

In May, Lori and Mossimo agreed to plead guilty to conspiracy charges connected to the Operation Varsity Blues scandal, which revealed more than 50 parents had taken part in buying their children’s way into prestigious universities.

The pair allegedly paid $500,000 to Rick Singer and Key Worldwide Foundation for their daughters to be designated as recruits on the University of Southern California’s rowing team, despite neither child ever practicing the sport.

Vacay ready: The influencer accessorized with some gold bracelets and showed off a shimmery pink manicure and pedi 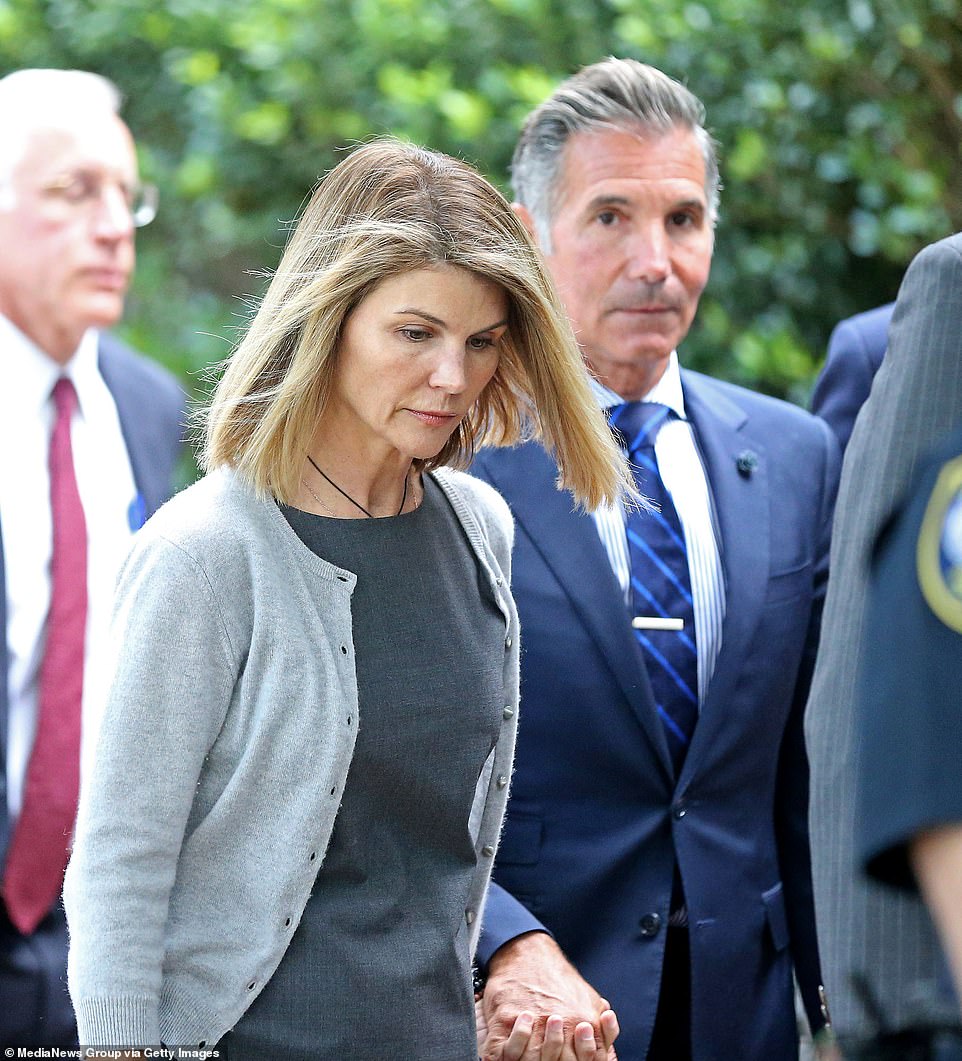 Looking for a fresh start: Olivia’s getaway comes as mom Lori Loughlin and dad Mossimo Giannulli are said to be mulling over a move to Idaho after they both served prison sentences for their participation in the college admissions scandal