Oti Mabuse and Davina McCall went all out for Saturday’s The Masked Dancer, with both slipping into show-stopping frocks for the latest instalment of the show.

Judge Oti, 30, dazzled in a thigh-skimming metallic number, while Davina, 53, made sure to turn heads in a short red dress that featured enormous puffed sleeves.

Both added height to their frame in stylish open-toe heels. Oti wore silver in keeping with her gown, and Davina effortlessly colour-clashed in black. 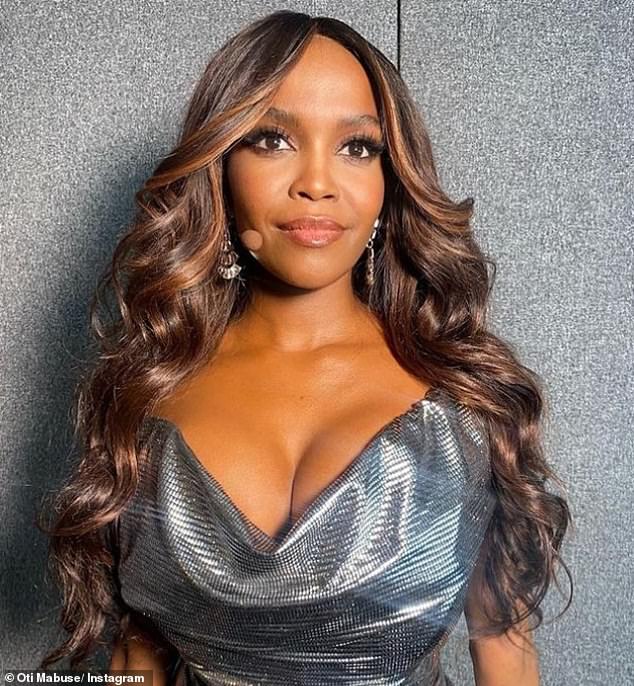 Wow: Judges Oti Mabuse, 30, and Davina McCall, 53, went all out for Saturday’s The Masked Dancer, with both slipping into show-stopping frocks for the latest instalment of the show

Veteran presenter Davina was rocking a new look on the night, having had her brunette hair dip-dyed.

Sharing a snap of her outfit on Instagram, the doting mother revealed the ends of her tresses were now bright blonde.

Strictly Come Dancing’s Oti also wore her hair loose, with her glossy locks cascading in curls down her back.

Both women looked glamorous in a full face of expertly-applied make-up. 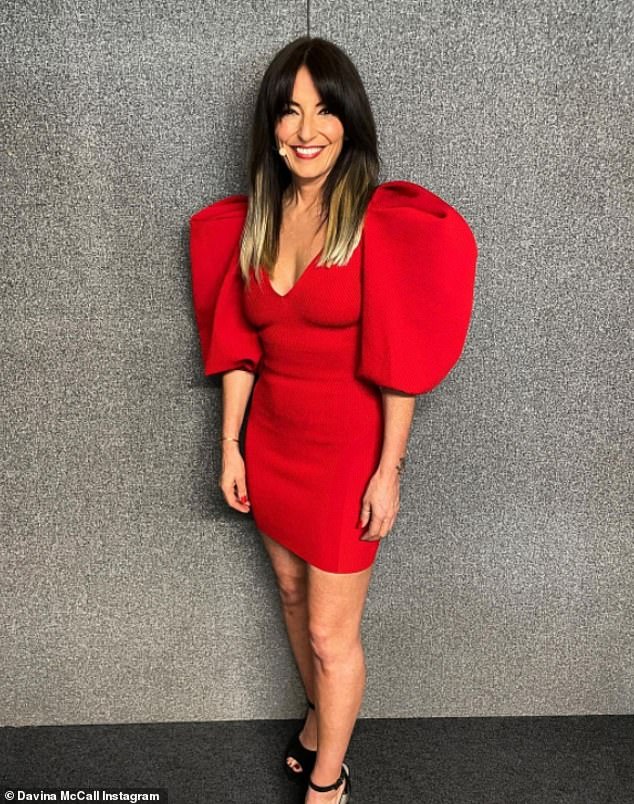 Red hot: Davina made sure to heads in a short red dress that featured enormous puffed sleeves and teamed her gown with black heels

It comes after South African dancer Oti admitted she has ‘such a girl crush’ on Davina, who is her fellow judge in the latest series of the singing competition.

Speaking to The Sun, Oti said: ‘I’ve got such a girl crush on her. I call her “Hot momma” because she is hot. Her body — oh my God — is absolutely insane. She’s such an inspiration. She looks amazing.

‘I really admire her. One day, if I still have a career on TV shows I’d like to be her. She’s a great role model. Sure, she’s had her ups and downs but that’s only made her sweeter.’ 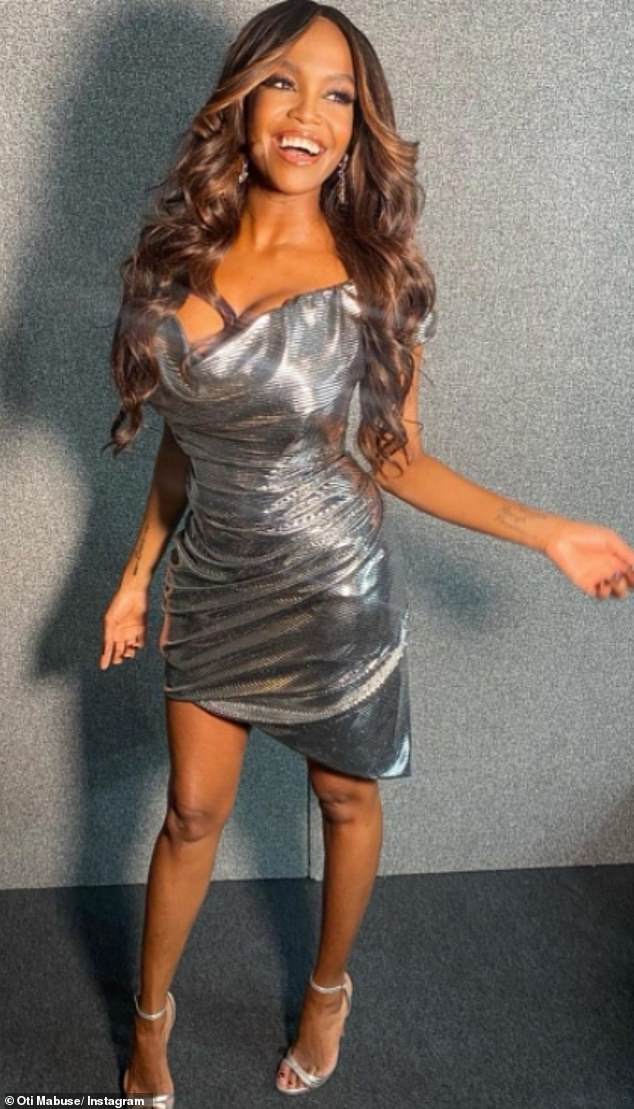 Dazzling: Oti dazzled in a thigh-skimming metallic number and added height to her frame in a pair of open-toe heels

However, it wasn’t just Davina that Oti was gushing over though, with panellists Mo Gilligan and Jonathan Ross also being praised by the Strictly pro.

She also revealed that she is looking forward to presenting herself in a different light compared to the role she plays on Strictly Come Dancing.

Oti said that she is aiming to dress well, but will not be wearing any frocks or gowns because her role has changed from ‘sexy’ dancer to a judge.

She also said that she doesn’t see herself as a sexy person, even when glammed up for Strictly. 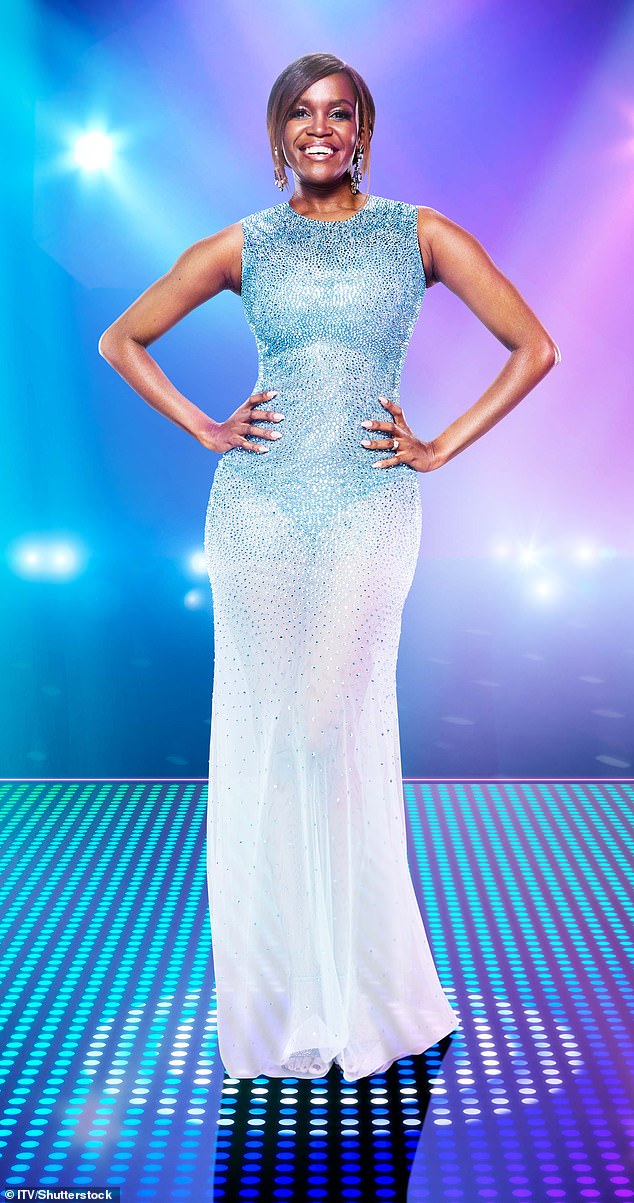 ‘I call her “Hot momma”’: Oti revealed she has a ‘girl crush’ on Davina as she gushed over her fellow The Masked Dancer judge in a recent interview

She said: ‘With the hair and make-up and an outfit it’s an illusion. But me at home, it’s not something I see at all. If you knew me you’d know I’m the least sexiest person you’ll ever meet.’

The Strictly pro previously revealed she ‘burst out into song and dance’ when she landed the role on the judging panel for The Masked Dancer.

Speaking at a press event on Thursday, the Strictly champion also claimed that while she has experience as a professional dancer her guesses are ‘insane’. 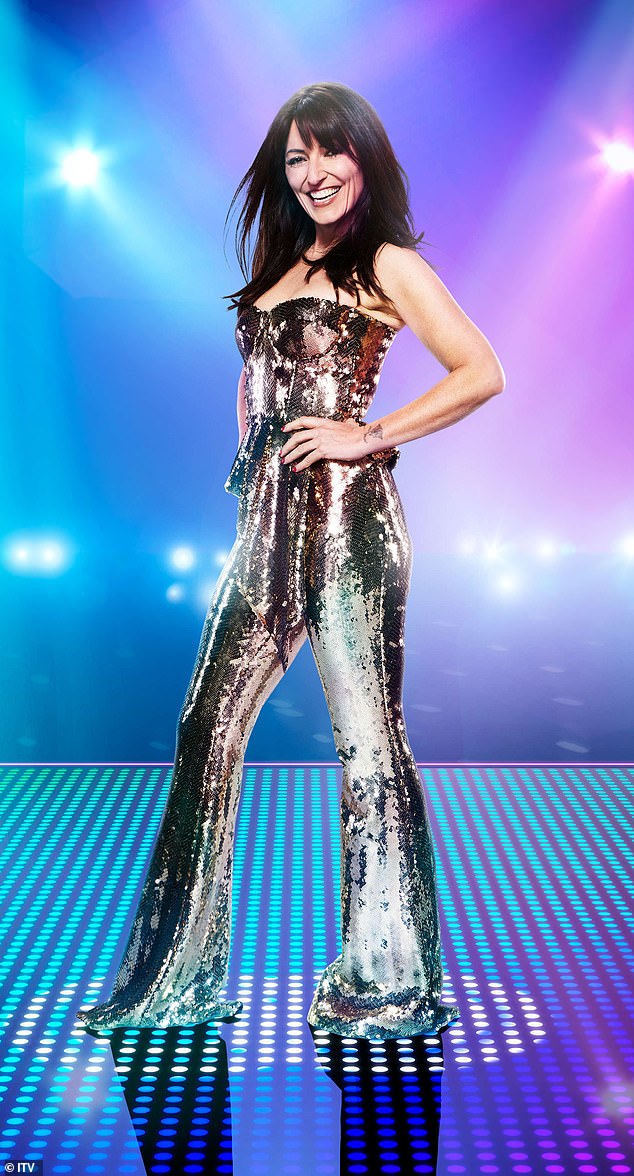 Inspiration: Speaking about her fellow judge, Oti said: ‘I’ve got such a girl crush on her’

Mo Gilligan also spoke about Oti during an appearance on The One Show on Wednesday, and said she was ‘competitive’ but ‘so good’ as a judge.

At the conference, Oti said of getting to join the show: ‘When I got the call I broke out in song and dance, I think I sang something from Wicked, Defying Gravity.

‘I was flying a scarf around going “I made it!” It was the best call of my life, I was so grateful to be here and on the panel.’

When asked if being a professional dancer gave her an advantage she was quick to say it didn’t, and added: ‘Do you know what’s happening? Everyone knows Jonathan [Ross] comes up with these really out of character guesses, I’m the one who’s doing it now.

‘I mentioned one person and the audience looked at me and burst out laughing, going “that’s so crazy”. I might be right, but my suggestions are insane!’

‘And she said “what kind is it contemporary?” and I said “I don’t know! Welcome to The Masked Dancer.”

‘She’s so good, so competitive but she knows her stuff and it’s so good when you have someone like that, you go ‘oh I believe it, you’ve done it, you’ve lived the life.” 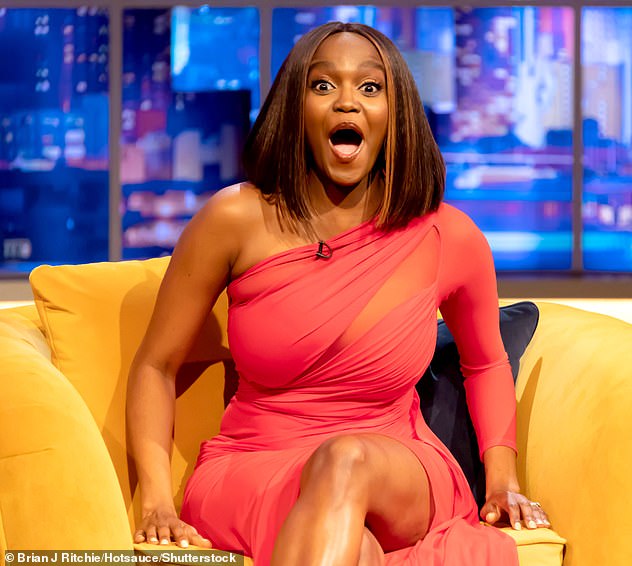 Excited: It comes after the Strictly pro revealed she ‘burst out into song and dance’ when she landed the role on the judging panel for The Masked Dancer