Pamela Anderson, 54, showcases her evergreen beauty as she goes make-up free in summer dress on coffee run in Malibu

After having been living in her native Canada over the last couple of years, Pam Anderson is currently spending time back at her adopted home of Southern California.

And on Thursday, the legendary bombshell was spotted stepping out, all natural and make-up free, for a couple of cups of coffee to go in Malibu.

The 54-year-old actress and former Playboy covergirl has owned a beach house in the upscale community of Malibu for more than a dozen years, but has reportedly been renting out the $7 million property in recent years for $50,000 per month, according to www.architecturaldigest.com 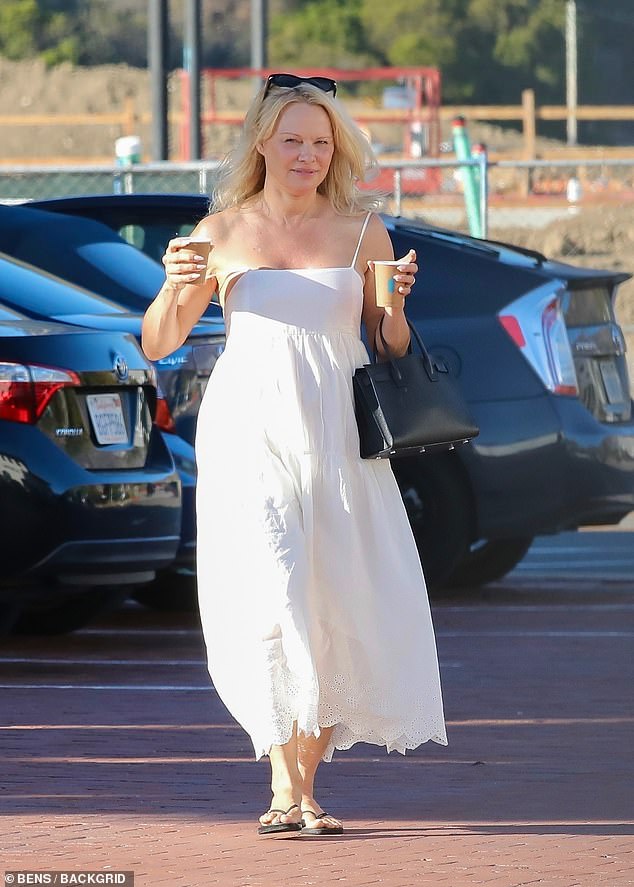 Cups of Joe: Pam Anderson went make-up free for a coffee run in Malibu on Thursday

The former Baywatch babe, 54, was all about style and comfort in the fashion department when she stepped out to Blue Bottle Coffee in a cream-colored spaghetti-strap frock.

With the sun glaring down on another lovely day, Anderson also donned a pair of stylish sunglasses, which she had resting on top of her head at times.

In keeping with the casual theme, she donned a pair of black flip flops as she made her way out of the shoppe back to her vehicle.

With her tresses still dyed platinum blonde, the Home Improvement star had her locks styled in a bit of unkempt look with a part on the slight right. 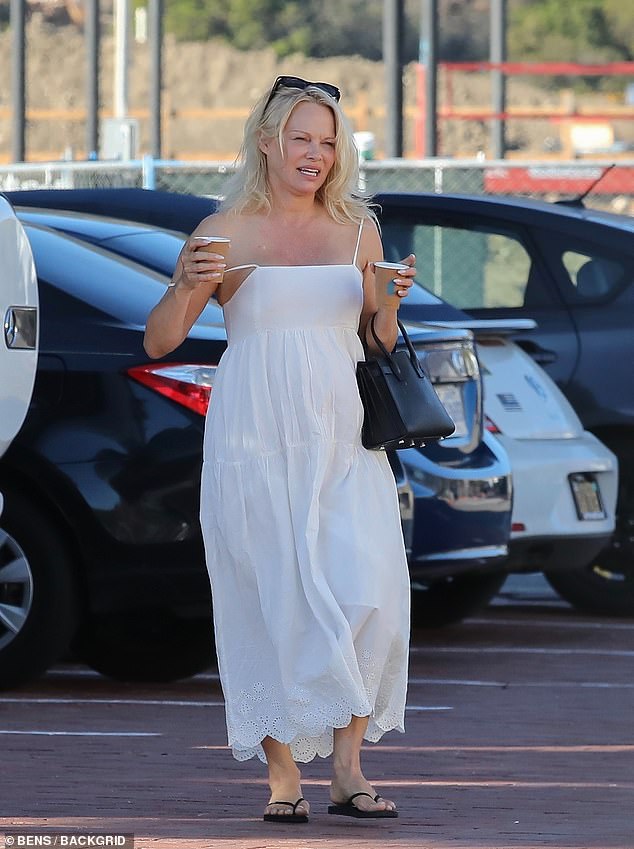 Once outside, the Canadian native met back up with her male companion and the two were on their way.

Anderson has been back in the U.S., in part, to lend her support of her eldest son Brandon, who just launched his own clothing line, Swingers Club Capsule Collection, last week.

Both Anderson and Brandon’s father, Motley Crue drummer Tommy Lee, were on hand for launching event at The Webster at the Beverly Center in Los Angeles. 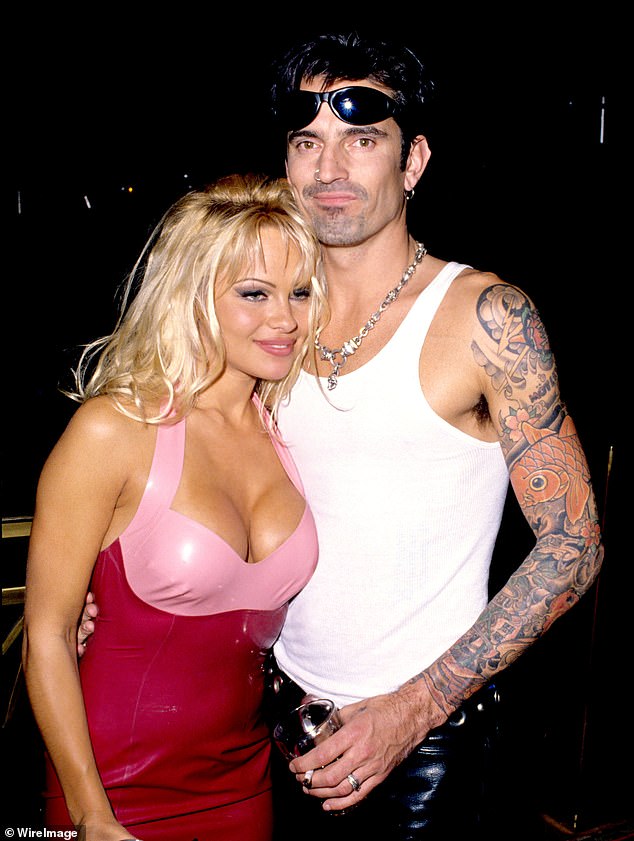 The way we were: Anderson and former husband Tommy Lee reunited last week in support of the launch of their son Brandon’s clothing line, Swingers Club Capsule Collection; the former couple are pictured in 1995, the year they were married after knowing each other four days

The former couple, who married in 1995 after only knowing each other four days, and all the drama that followed them in the proceeding years, are the subject of a new Hulu series called Pam & Tommy.

It stars Lily James and Sebastian Stan as the titular Pamela Anderson and Tommy Lee, along with Seth Rogan, Nick Offerman and Taylor Schilling, among others.

The real Pam and Tommy ended their tumultuous marriage after about three years in 1998.

Along with Brandon, who’s now 25, the former couple are also parents to a second son, Dylan, who’s now 23-years-old. 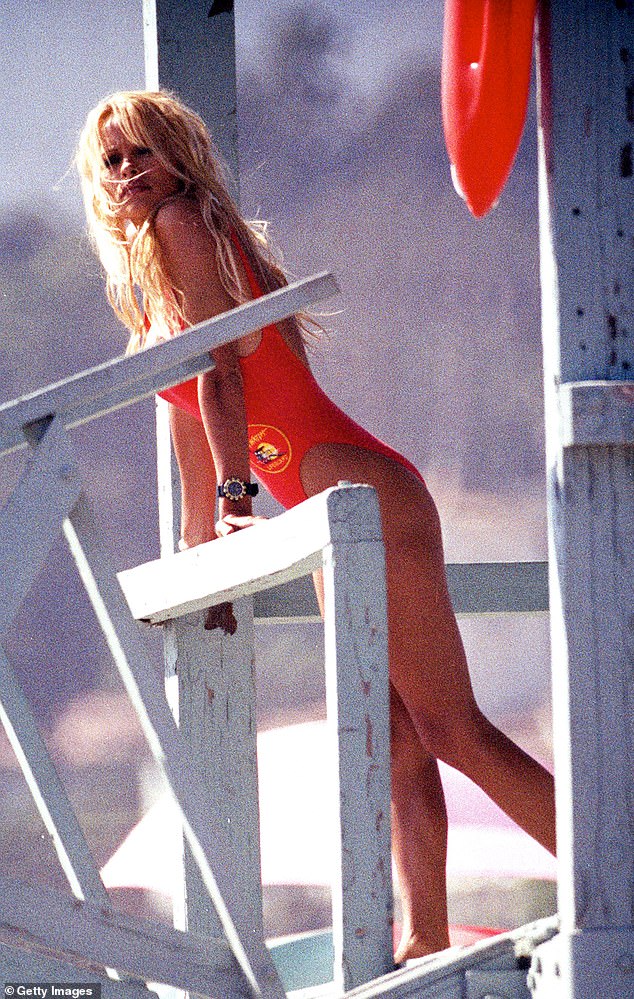 Upscale digs: Anderson, who’s best known for her roles on Baywatch and Home Improvement, has a $7 million beach house in Malibu that she’s been renting out for $50,000 a month in recent years, according to www.architecturaldigest.com; the actress in pictured in 1990