Love me crew! Paul McCartney is joined by his family for sea jaunt to celebrate his 80th birthday on luxury yacht

Celebrating his 80th birthday with his family at the weekend, Sir Paul McCartney looks in no hurry to get back.

The former Beatle took his family for a cruise off the Greek island of Mykonos.

On board the yacht were his wife Nancy Shevell, 62, daughters Stella and Mary, Stella’s husband Alasdhair and Mary’s sons Arthur and Elliot. 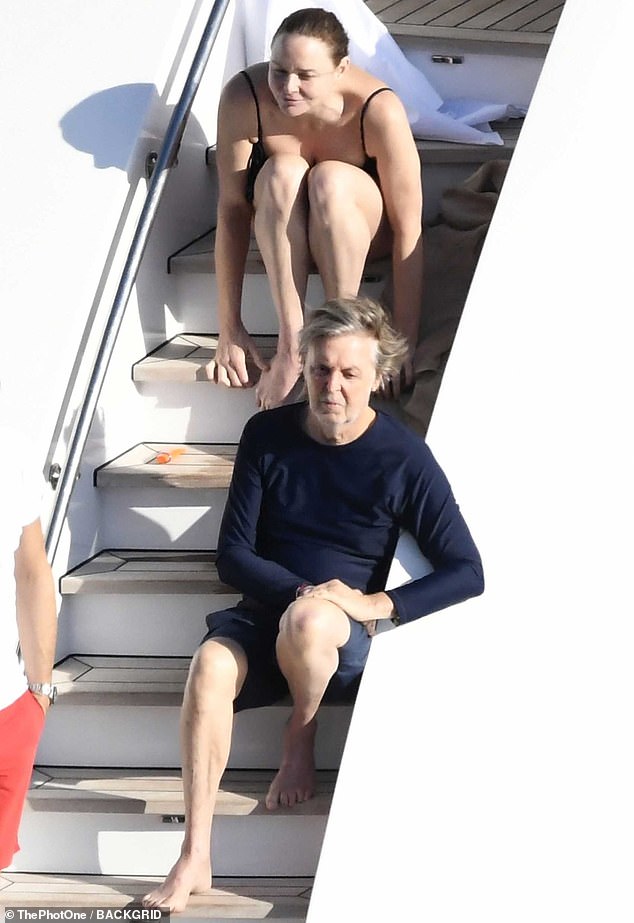 Sun king: Sir Paul relaxes on the yacht with Stella 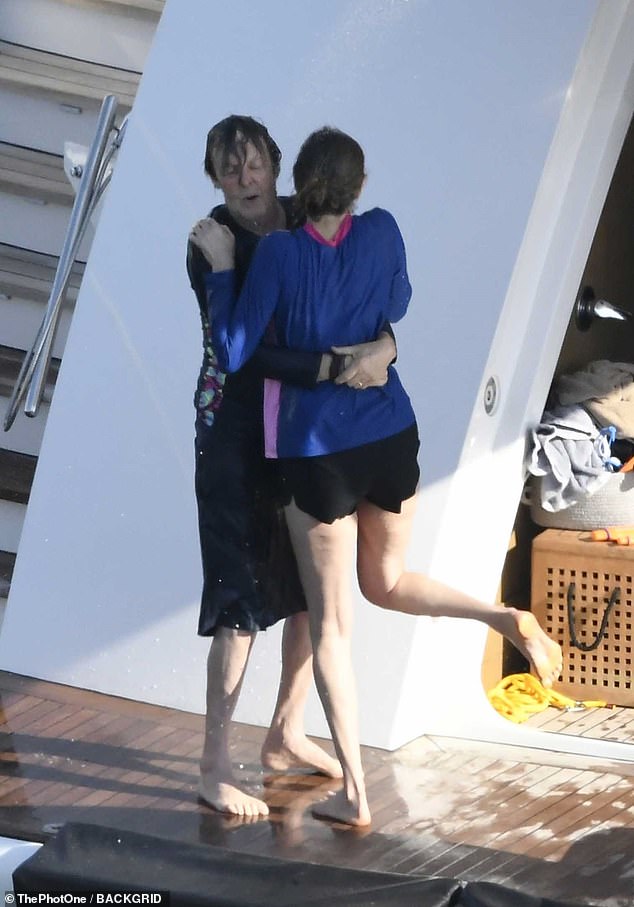 The musician shares a hug with wife Nancy 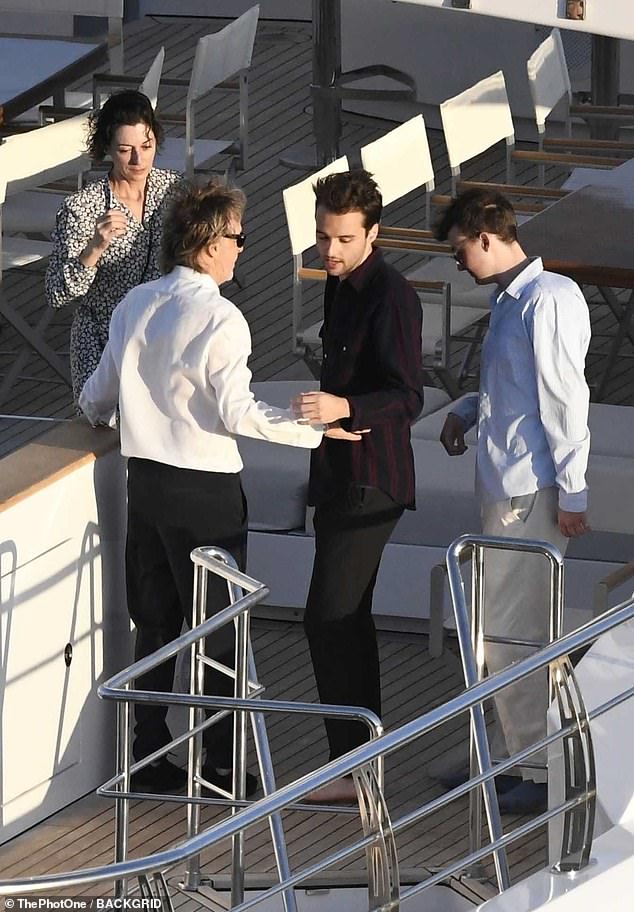 Listen to what the man said: Sir Paul, watched by Mary, with grandsons Arthur, 23, and Elliot, 19

Sir Paul, in wet navy trunks and shirt, was seen joking around with his wife after they took a dip in the sea. Fashion designer Stella, 50, also took the plunge in a black one-piece and was seen athletically using a rope to haul herself in and out of the water.

On Saturday, Sir Paul will become the oldest solo artist to headline at Glastonbury. 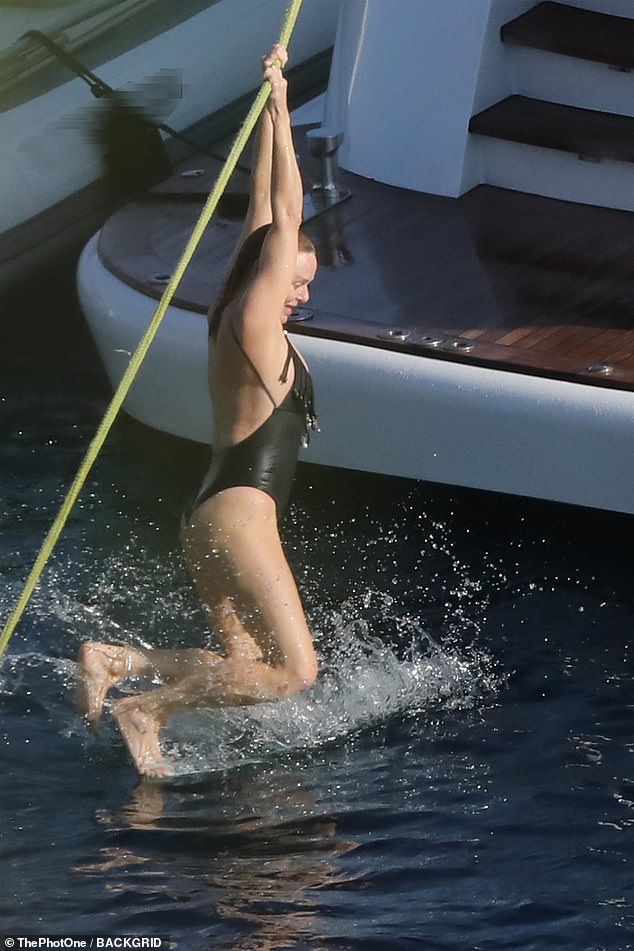 Letting go: Stella McCartney takes the plunge from a rope 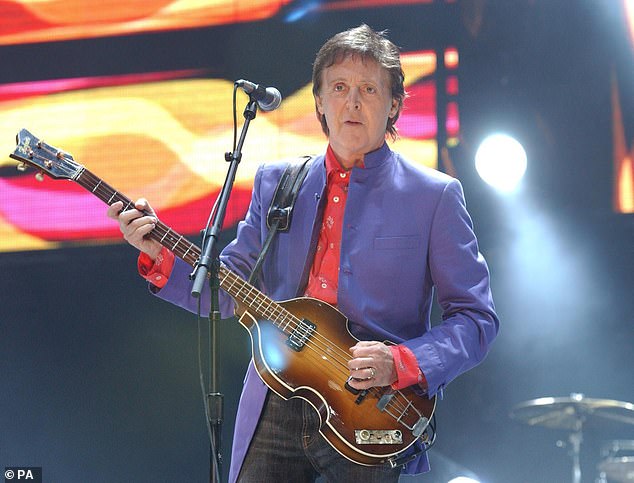 Mary, 52, in an elegant black and white jumpsuit captured pictures of Sir Paul with his family soaking up the evening sun together on the boat.

Simply dressed in a white shirt and dark trousers Sir Paul looked relaxed and contented as he opened presents from his family on his milestone birthday.