Power of BTS Compels You: These BTS-Backed Phones Broke Pre-Order Records for Samsung

Products featured are independently selected by our editorial team and we may earn a commission from purchases made from our links; the retailer may also receive certain auditable data for accounting purposes.

Samsung’s latest smartphones are now available to purchase online and the company is tapping into the power of its global ambassadors, BTS, to get the word out.

The Samsung Galaxy Z Fold3 and Galaxy Z Flip3 officially launched this week and are available for purchase now at Samsung.com. The phones were first unveiled at the Samsung Unpacked event in early August, with longtime brand ambassadors BTS teasing the launch with a new promotional video for the Flip3, set to the sounds of the group’s summer smash, “Butter.”

The BTS magic must have worked – Samsung says pre-orders of the Galaxy Z Fold3 and Galaxy Z Flip3 outpaced all total sales for Galaxy Z devices to date in 2021, making it the strongest pre-order for Samsung foldables ever.

The Best Smartwatches to Use Right Now

50 Best Action Movies of All Time 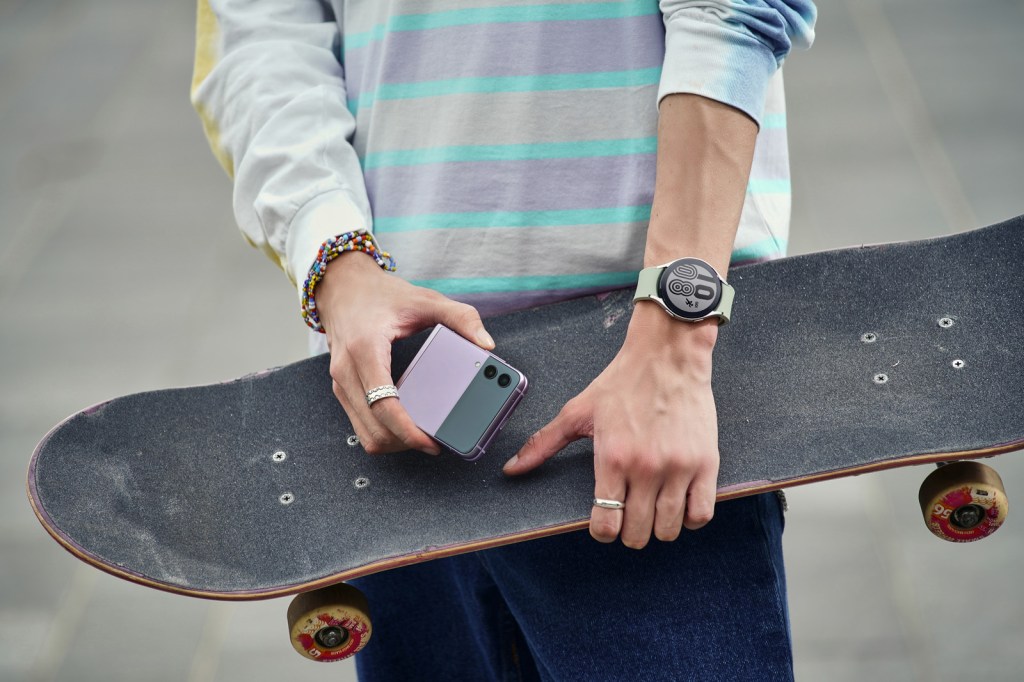 The Galaxy Z Flip3 is one of the most compact phones on the market right now, and Samsung says the smartphone is thin enough to tuck into your pockets — even if you’re wearing skinny jeans.

The compact design lets you view your messages, snap pics and take calls without needing to open the device; flip it up to unveil an end-to-end display that’s great for texting, social media and capturing even more content.

The Galaxy Z Flip3 is available in a range of colors, including green, lavender, and a “phantom black.” Samsung.com will carry exclusive Galaxy Z Flip3 colors of gray, pink, and white. 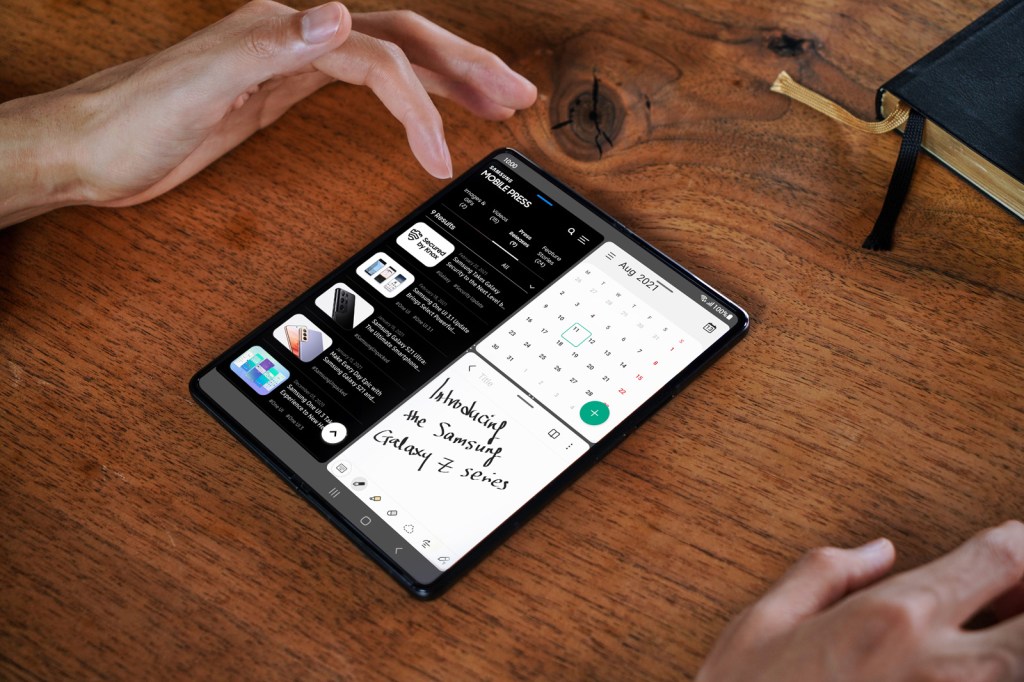 The Galaxy Z Fold3, meantime, is a larger phone that unfolds to reveal a gorgeous 7.6-inch “Infinity Flex Display.” It’s great for watching videos and streaming content, and also great as an organizational tool, with the ability to view multiple windows and applications at once.

The adaptive 120Hz display is super responsive too, refreshing content on your screen in lightning-fast time. Like the Flip3, the Galaxy Z Fold3 includes a triple camera setup, and the ability for the phone to “unfold” makes it easy to capture — and edit — content on the go.

The Fold3 smartphone comes with an S-pen, which Samsung says is the first-ever S Pen support on a foldable device. Both phones are rated IPX8 for water resistance, so users are protected against accidental spills or splashes.

As for BTS, their promotional video for the Flip3 has been viewed more than five million times on YouTube since it was released earlier this month.

The video follows the group as they make their way from a New York City subway station to a performance space, all while playing around with the new flip phone. Each of the seven members are shown interacting with the Flip3, while showcasing its multiple colors and features (think front and rear-facing cameras and surprisingly loud surround sound from the phone’s built-in stereo speakers with Dolby Atmos technology).

The video also gives viewers (and listeners) a brief moment with the iconic Samsung ringtone. Dubbed “Over the Horizon,” the Samsung brand song got a brand new remix from BTS’ Suga this summer, in conjunction with the Samsung Unpacked event.