Prince Charles is ‘in a state of despair’ after Meghan Markle, Prince Harry’s Oprah interview: report

Inside migrant camp on US-Mexico border

Griff Jenkins talks to migrants as chaos at border intensifies

Prince Charles is allegedly “in a state of despair” after his youngest son Prince Harry gave a bombshell interview to Oprah Winfrey with Meghan Markle on Sunday night.

The televised sit-down is scheduled to air in the U.K. Monday evening.

Royal author and Vanity Fair correspondent Katie Nicholl made the claim to the outlet on Monday.

“As Vanity Fair reported on Sunday, Harry was emailing his father to justify why he and Meghan had done the interview,” Nicholl wrote. “Charles was said to be ‘in a state of despair’ according to a friend.”

Prince Charles is allegedly "in a state of despair" following Prince Harry’s bombshell interview with Oprah Winfrey that aired Sunday night in the U.S.
(Getty)

“For Prince Harry to say that he felt let down by his father must have been a difficult thing to say and hard for Charles to hear,” royal author Sarah Gristwood also told the outlet.

“Now, just at a time when by and large Charles had started to look more like a popular king than one would have guessed, here’s a major blow to his reputation,” she shared. “That his son felt let down by him. It’s hard to know if Harry is aware of the damage this has done. Did he actually intend to cast this damaging light on his father and his family? We don’t know.”

According to Nicholl, the palace will reportedly respond to the televised interview. However, she said they will take their time “and choose their words carefully.”

Charles, the son of Queen Elizabeth II, is first in line to the British throne. 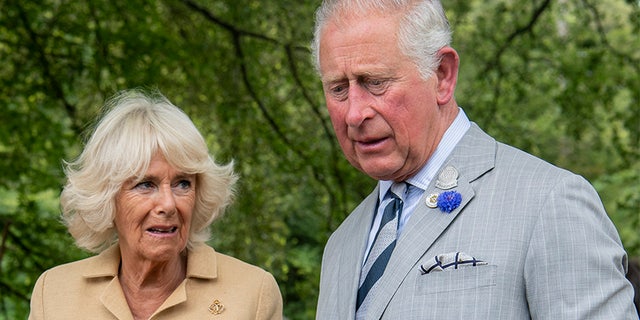 Prince Charles, seen here with his wife Camilla, Duchess of Cornwall, is first in line to the throne.
(Photo by Mark Cuthbert/UK Press via Getty Images)

Sources told Nicholl that Charles, along with Harry’s older brother Prince William “are very concerned” by the claims that were made in the interview. She also claimed palace aides were also caught off-guard by the allegations that were made by both the Duke and Duchess of Sussex.

“Palace aides had feared the interview would make them look out of touch, but sources say they have been shocked by the severity of the allegations,” wrote Nicholl. “The various households will be locked in crisis meetings for most of Monday as they work out the next steps.”

Nicholl also shared that Elizabeth, 94, has not seen the interview, “but was brief by aides over breakfast Monday morning.” Her husband Prince Philip, 99, remains hospitalized.

Charles, 72, previously faced backlash for another televised tell-all. Twenty-five years ago, Princess Diana gave a shocking interview to Panorama where she candidly discussed her marriage to the Prince of Wales.

The late royal famously said, “there were three of us in the marriage so it was a bit crowded,” referring to Charles’ relationship with his current wife, Camilla, Duchess of Cornwall.

A rep for Charles did not immediately respond to Fox News’ request for comment.

Harry, 36, told Winfrey, 67, the royal family cut him off financially at the start of 2020 after announcing plans to step back from his roles. But he was able to afford security for his family because of the money Diana left behind.

He said his relationship with Charles has been impacted. He even noted that Charles had stopped taking his phone calls. 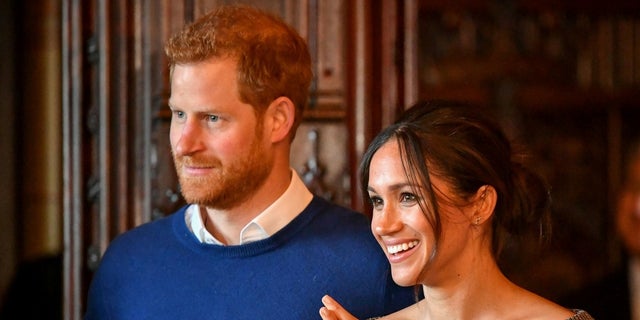 The Duke and Duchess of Sussex currently reside in California with their son Archie. The former American actress said their second child, a girl, is due in the summer.
(Reuters)

“There is a lot to work through there,” Harry said about his relationship with his father. “I feel really let down. He’s been through something similar. He knows what pain feels like. And Archie is his grandson. I will always love him, but there is a lot of hurt that has happened.”

Harry also acknowledged that he does not have a close relationship presently with his brother William, 38, who is heir to the throne after Charles. He disputed rumors that he intentionally blindsided the queen with his decision to split. He suspected the rumors came from the institution.

“I’ve never blindsided my grandmother,” Harry said. “I have too much respect for her.”

Harry and Markle, 39, married at Windsor Castle in May 2018. Their son, Archie, was born a year later. Harry and Markle’s departure from royal duties began in March 2020 over what they described as the intrusions and racist attitudes of the British media toward the duchess.