On Her Majesty’s very secret service: Queen only agreed to Olympics 007 stunt if none of her family was told

Like any secret agent, James Bond plays his cards close to his chest, so he was a key ally when the Queen wanted to keep her celebrated appearance at the London 2012 Olympics Opening Ceremony under wraps.

Her Majesty agreed to appear opposite 007 actor Daniel Craig only on condition that it would come as a complete surprise to the rest of the Royal Family.

For that same reason, even David Cameron’s Cabinet were kept out of the loop. 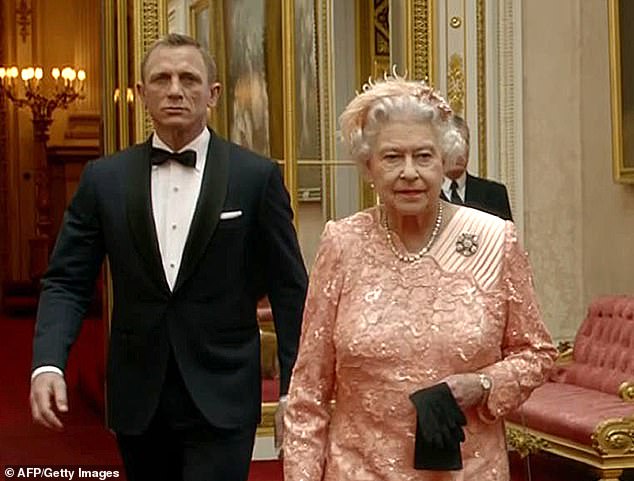 Details of the strict secrecy are revealed in today’s edition of BBC Radio 4’s Reunion programme, which marks the tenth anniversary of the Games.

Sam Hunter, the ceremony’s production stage manager, tells the programme: ‘The Queen never told her family she was doing it. That was one of the stipulations, that she agreed to be part of it… So, if you actually see when she comes and she takes her seat, you can see her family go, ‘Ah, nice one.’ ‘

The sketch – watched by a global TV audience of more than a billion – was shown immediately before the Queen’s actual entrance into the Olympic Stadium.

Viewers saw Craig’s 007 arriving at Buckingham Palace in a cab and the Queen greeting him with the words: ‘Good evening, Mr Bond.’ 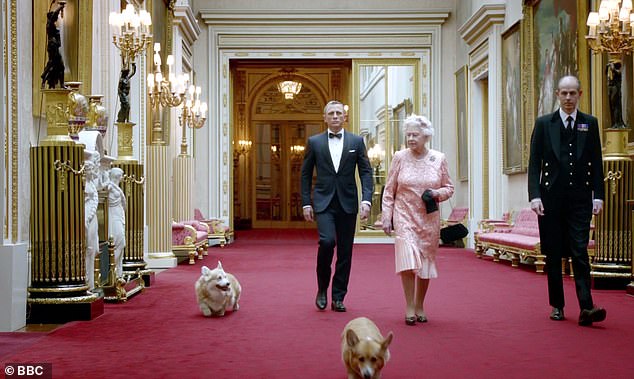 The final live-action sequence involved two stuntmen disguised as Her Majesty and Bond parachuting into the stadium from a helicopter. Minutes later, the real Queen arrived in the Royal Box in the same dress as the parachutist.

Executive producer Stephen Daldry, who was briefing the Government about the ceremony, says: ‘What was hard was that you didn’t really want to say much to the Cabinet because you didn’t know how secure they were.’

Mr Daldry also recalls having to slap Muhammad Ali – who was near-unconscious because of the drugs he had taken for his Parkinson’s disease – so he could take his place on stage.

The Reunion is on BBC Radio 4 today at 11am and will be repeated on Friday at 9am.