Matt James’ big debut on ‘Dancing with the Stars’ is on the horizon, and his girlfriend Rachael Kirkconnell gave fans a peek into how practice is going for the former ‘Bachelor.’

Matt James, future Mirrorball Champion? Well, maybe not so, but at least the 29-year-old former The Bachelor star is trying! Matt is among the star-studded cast of season 30 of Dancing with the Stars, and ahead of the ABC competition series’ premiere on Sept. 20, the New Yorker busted out a few moves that were hilariously caught on camera by his girlfriend, Rachael Kirkconnell. And while Rachael, 24, will of course support her man during the season, she couldn’t help herself from poking fun at his premature dance skills.

In the video, which Rachael shared to her Instagram Stories on Thursday (Sept. 9) and can be seen above, Matt cheerfully dances to a Chris Brown song while in his NYC apartment. Matt’s moves aren’t exactly that of a professional (just being honest here!), but he most definitely looked to be having fun. Rachael caught the whole thing on camera, and wrote on her IG Story, “WE INTERRUPT THIS PROGRAM FOR A MAJOR ANNOUNCEMENT. this AMAZING dancer is SO honored to join the cast of DANCING WITH THE STARS.”

While Rachael had her fun with Matt’s steps, she did show her beau some support and love when she added on the video, “I’m SO EXCITED FOR YOU & so proud of you already!!! the other teams don’t know what’s coming!!!” Matt reposted his girlfriend’s video on his own IG Stories, and took Rachael’s taunts in stride. “Okayy okayy. Lmaooooooooo! Hater,” he wrote, and aptly including a crying emoji. 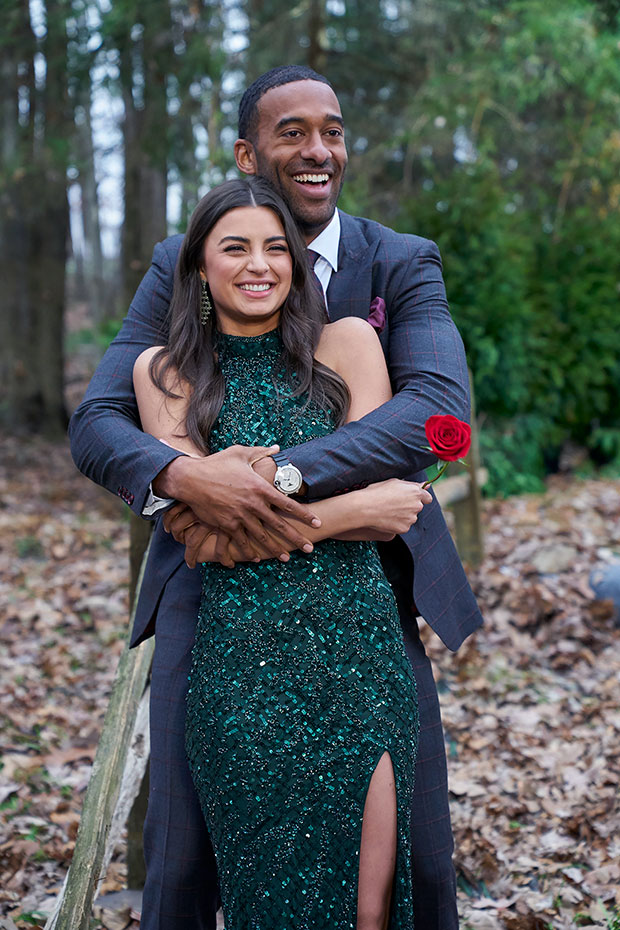 Matt better keep practicing those dance moves, because he only has 10 days until he has to step onto the dance floor for the DWTS premiere. He’ll be competing against the likes of Olympic gymnast Suni Lee, Real Housewives of Atlanta star Kenya Moore, actor Brian Austin Green, Spice Girls singer Melanie C, YouTube personality JoJo Siwa, and more. Matt’s partner has yet to be revealed, but we can imagine that whoever it is, she’s got some work on her hands!