Radio Anchor Reports on St. Louis School Shooting While Daughter Is Inside 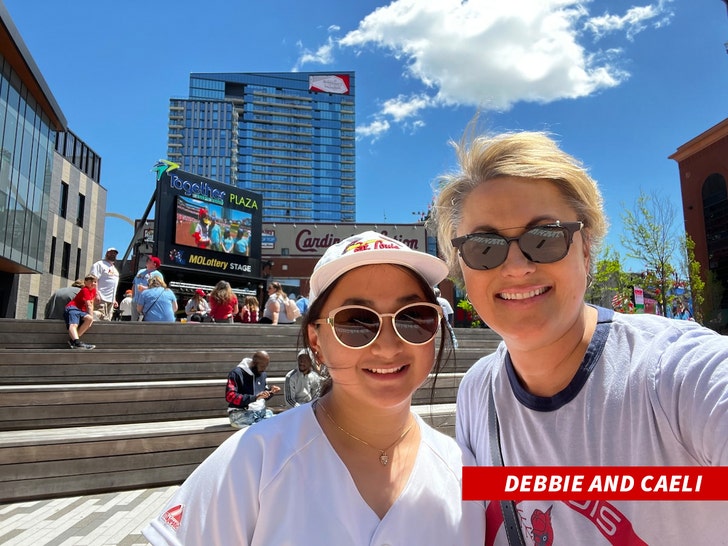 A Missouri radio anchor had to go live on the air to report on the St. Louis school shooting this week — while knowing her daughter was inside the school, and being uncertain she was alive.

St. Louis-based reporter Debbie Monterrey — who works for KMOX news — received alarming texts from her 17-year-old, Caeli, who’s a senior at the Collegiate School of Medicine and Bioscience … notifying her there was an intruder on campus and she was hearing loud bangs. 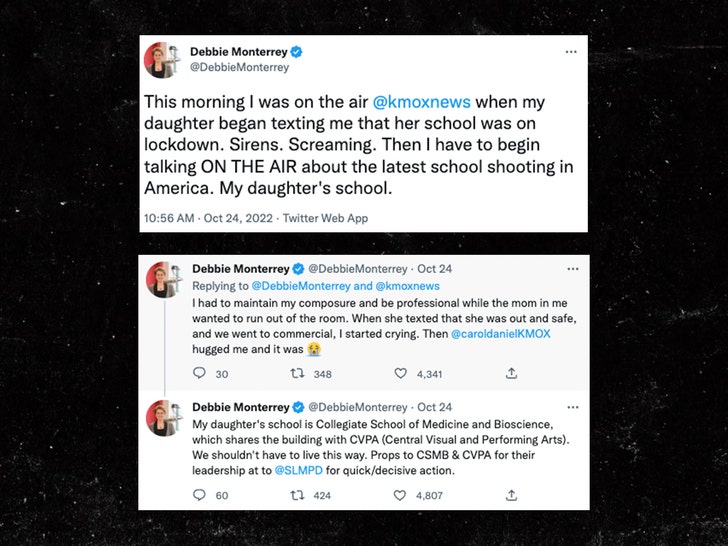 Her texts read … “OMG THERE’S AN INTRUDER IN THE BUILDING,” while a couple others said, “OMG IT’S NOT A DRILL,” and “OMG THE ALARMS ARE GOING OFF.”

This was all happening while Monterrey was live on the air covering this exact incident as it was unfolding — and she says there was actually a period of silence while she composed herself before she finally spoke again to continue her job … keeping it together. 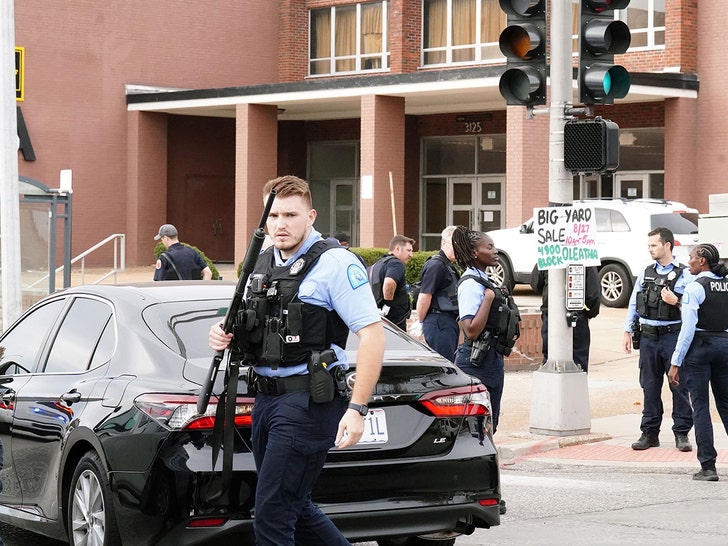 It sounds like she got through it, because later … Monterrey recounted the surreal experience, saying she had to maintain her composure best she could in the moment … adding she started crying when they cut to commercial, because she’d just learned her daughter was safe.

The 19-year-old gunman used an AR-15-style weapon to shoot and kill a student and a teacher … while reportedly injuring seven others. He was ultimately killed by police during an exchange of gunfire. 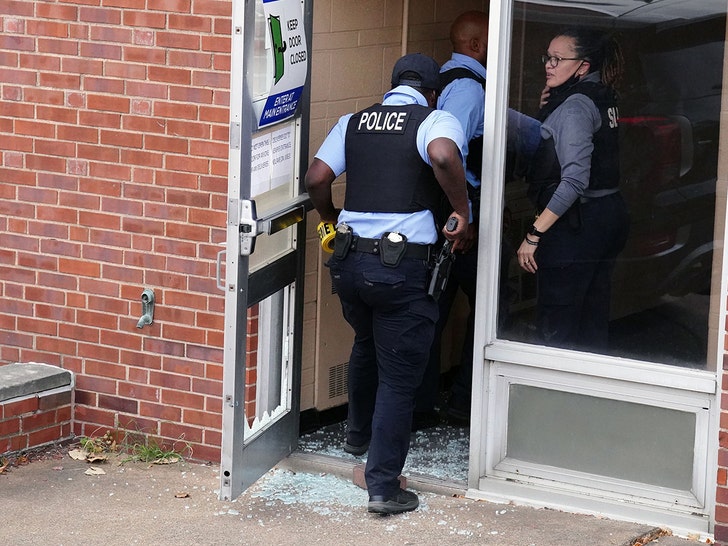 Harris is said to have been an alum from the high school who’d graduated a year prior.