Rebel Wilson has lost a staggering 35kg (77lbs) since her self-proclaimed ‘year of health’ in 2020.

And the Australian actress, 41, looked sensational on Monday as she watched the match between Jordan Thompson and Marcos Giron at the Sydney Tennis Classic.

Joined by her Bachelor star pal Brittany Hockley, 33, who is dating Jordan, Rebel donned a black T-shirt and ripped blue jeans that showed off her svelte figure. 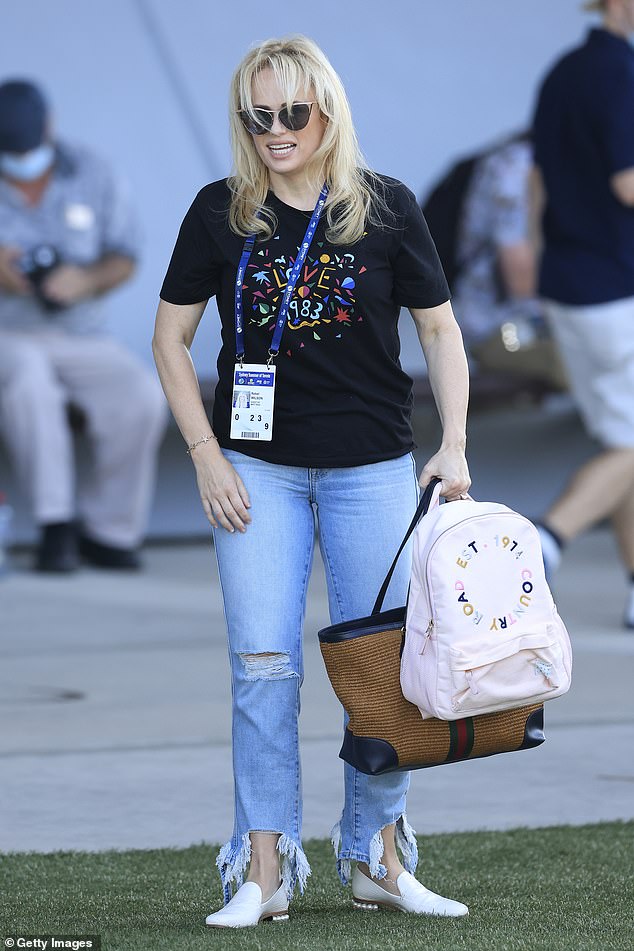 Shrinking starlet: Rebel Wilson (pictured), 41, showed off her epic 35kg (77lbs) weight loss in an edgy ensemble as she watched day two of the Sydney Tennis Classic on Monday

The Pitch Perfect star’s blonde locks looked to have been freshly blow-dried, and she opted for glamorous makeup that enhanced her striking facial features.

Rebel, who appeared to have brought along a family member, carried a children’s backpack. 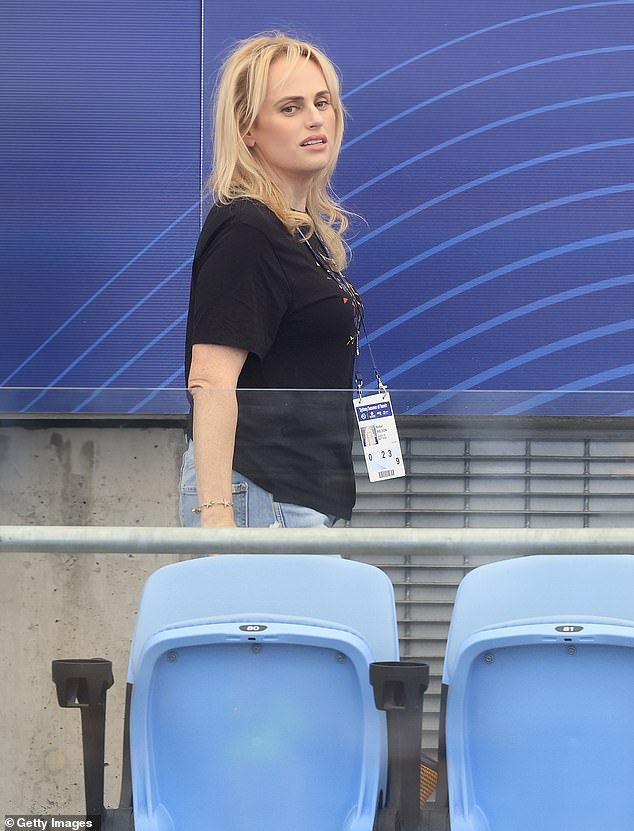 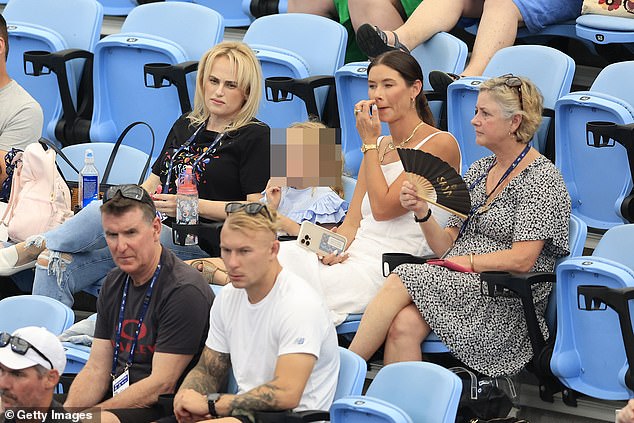 In the stands: Rebel was joined by her Bachelor star pal Brittany Hockley (in white), 33, who is dating tennis star Jordan Thompson. Jordan was playing in the match against Marcos Giron

In the stands, the comedian engaged in conversation with Brittany, who looked casually chic in a white linen dress and statement gold jewellery.

Her brunette tresses were swept back off her face into an effortless ponytail, and she drew attention to an elegant makeup palette. 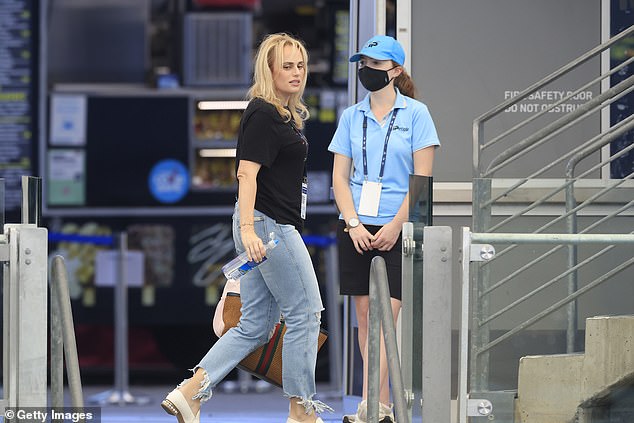 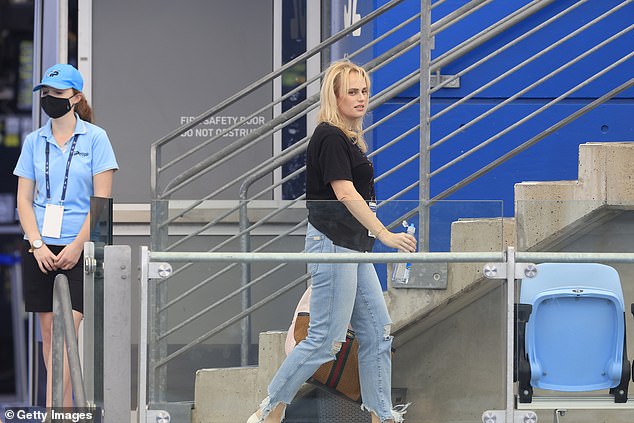 Courtside essentials: Rebel carried her essential items in a Gucci tote bag and stayed hydrated with a bottle of water 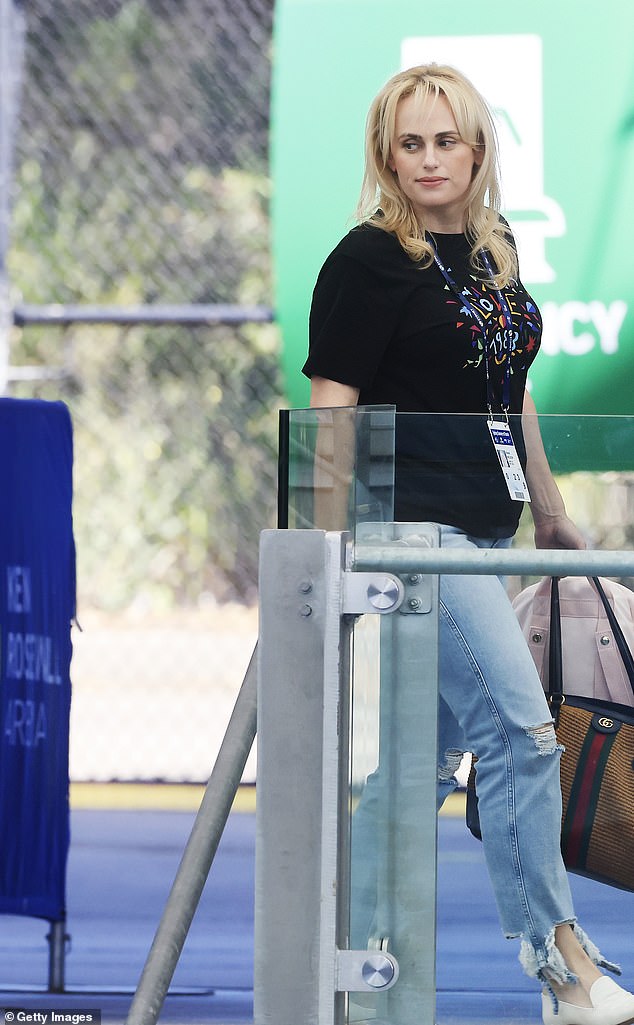 Gorgeous: The comedian looked picture-perfect with glossy blonde tresses, styled out, and opted for glamorous makeup that enhanced her striking facial features

The Hollywood actress and the sportsman, 31, attended the AACTA Awards together in Sydney last month, and had previously hung out together as pals in New York at the US Open alongside Brittany.

But according to The Herald Sun, the talk among the tennis world is that the pair ‘could be more than just friends’.

Daily Mail Australia has contacted Matt and representatives for Rebel for further comment. 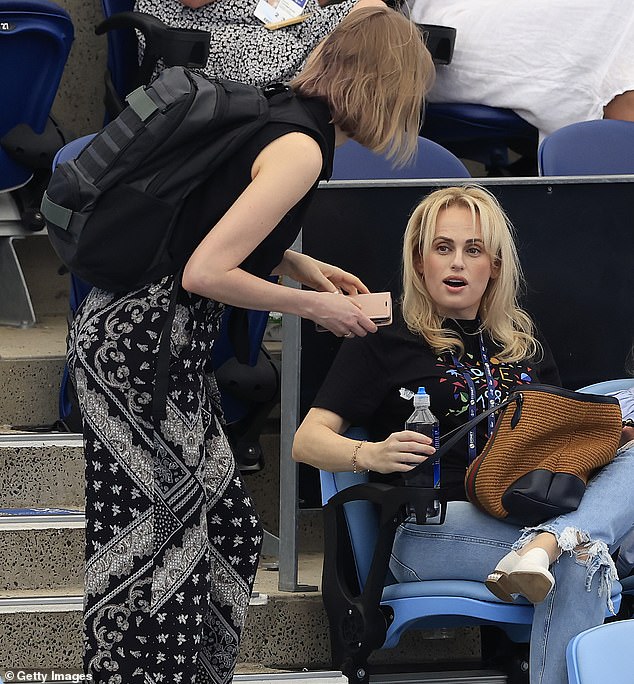 Friend or fan? The blonde beauty appeared relaxed as she mingled with a brunette companion 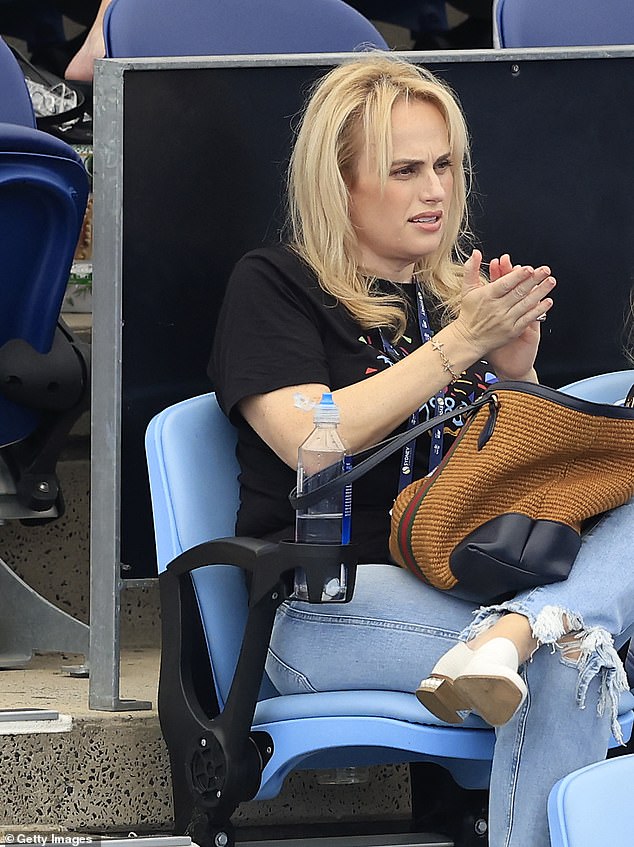 Avid fan: Rebel has been a long-time fan of tennis, and was a keynote speaker at the Australian Open’s Inspirational series lunch last year 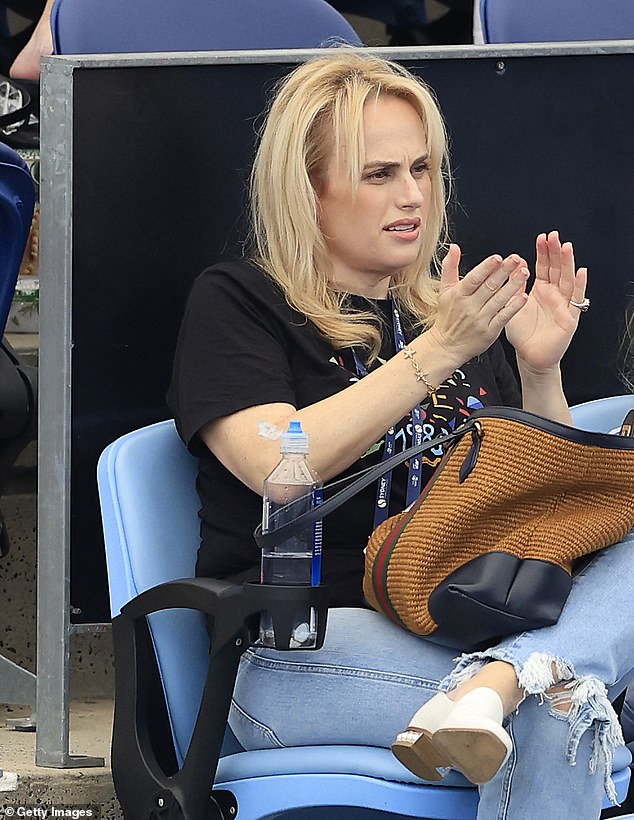 Cheering on the Aussie: She appeared focused as she kept track of the game between Australia’s Jordan and the USA’s Marcos

The pair were first seen together back in August, when they posed on centre court in a picture alongside Brittany.

The same trio, this time joined by producer Sam Kennedy, then posed up a storm on the red carpet at the AACTA Awards on December 8.

Rebel has been a long-time fan of tennis, and was a keynote speaker at the Australian Open’s Inspirational series lunch last year. 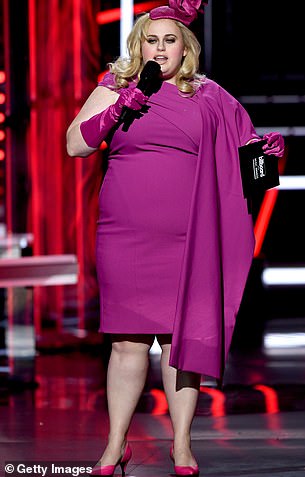 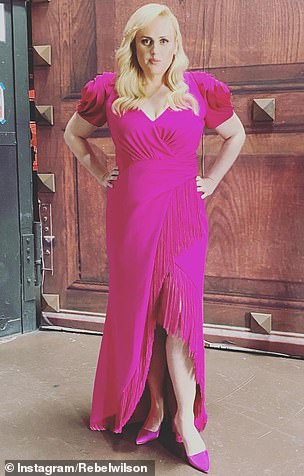 Meanwhile, Sydney-born Matt – whose nickname is ‘Reidy’ – began playing tennis at the age of seven, and has enjoyed much success in his field over the years.

He is also close to the likes of Nick Kyrgios and Thanasi Kokkinakis.

Rebel confirmed she had split from her millionaire boyfriend Jacob Busch in an Instagram post shared in February, after dating for less than a year. 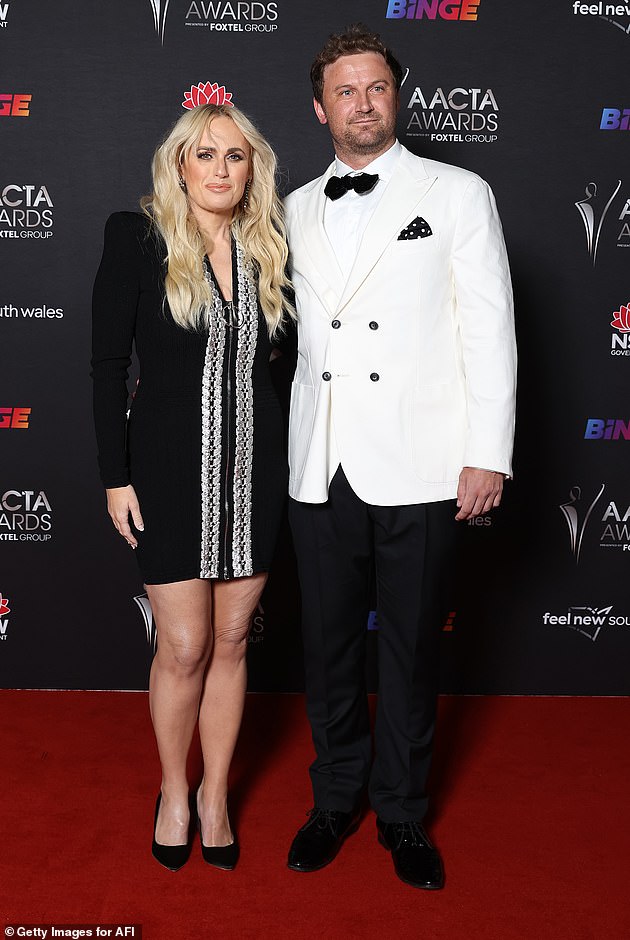 More than friends? The sighting comes after Rebel recently sparked romance rumours with Australian tennis star Matt Reid, almost a year after splitting from her boyfriend Jacob Busch. Pictured: Rebel and Matt at the AACTA Awards in Sydney on December 8 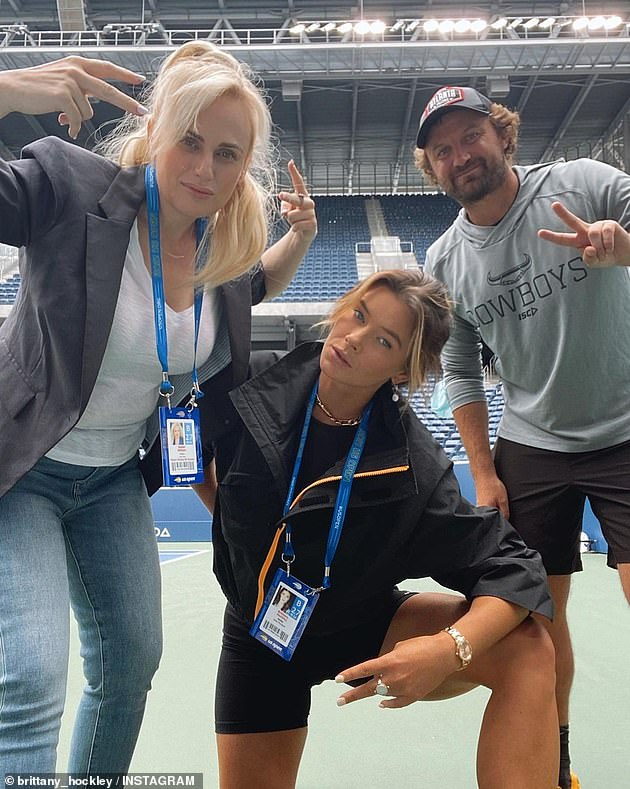 Tennis buds: Rebel (left) and Matt (right) were first pictured together back in August, when they posed on centre court in a picture alongside Brittany (centre) 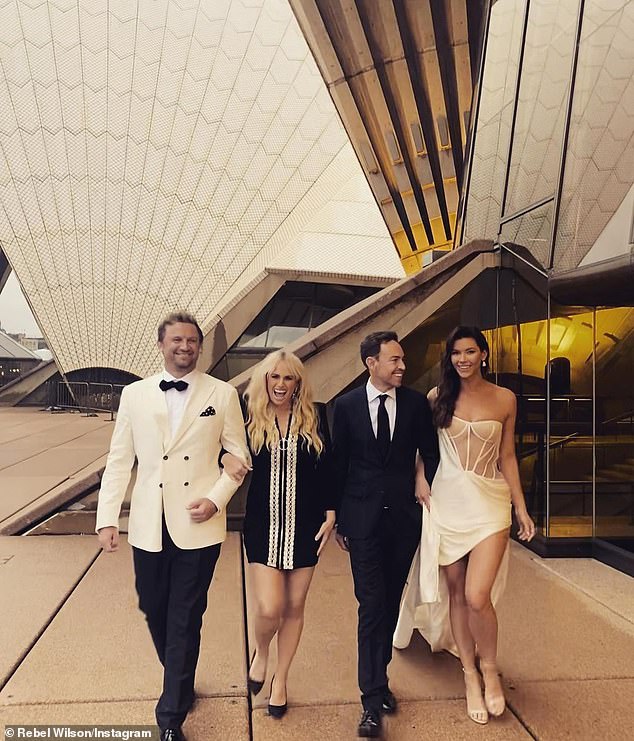 Cute: Rebel and Matt also took these pictures outside the Sydney Opera House on the night of the AACTA Awards. Pictured L-R Matt, Rebel, producer Sam Kennedy and Brittany

The actress shared a new portrait to Instagram where she looked glamorous in a blue denim dress outside a trailer.

The beauty made it clear in her caption she was single, writing: ‘Lots on my mind…aghhhhhh…#single-girl-heading-to-Super-Bowl!’

The pair had made their first red carpet appearance together at Prince Albert’s Planetary Health Gala in Monaco in September 2020. 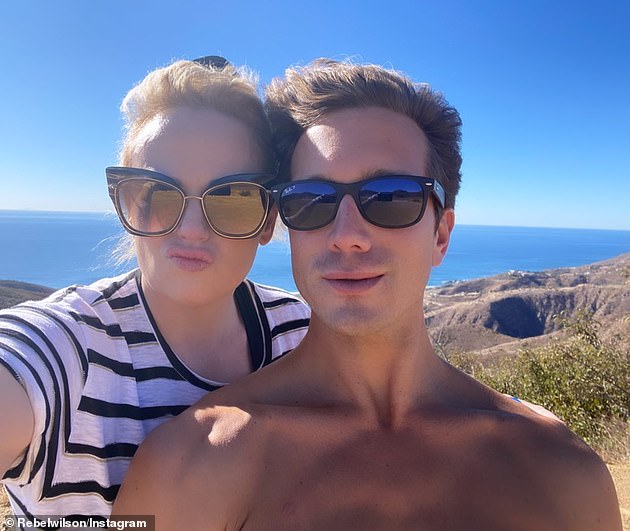 Over: Rebel confirmed she had split from Jacob (pictured) in February, after dating for less than a year