Robin Williams pulled off countless acts of kindness in the years before his tragic death at the age of 63.

The legendary stand-up comedian and Oscar-winning actor quietly raised and donated $50,000 to a food bank in Seattle, Washington, before his tragic death in 2014, according to UpWorthy.

The donations came between between 2004 and 2008, all while choosing to keep his generosity as quiet as possible. 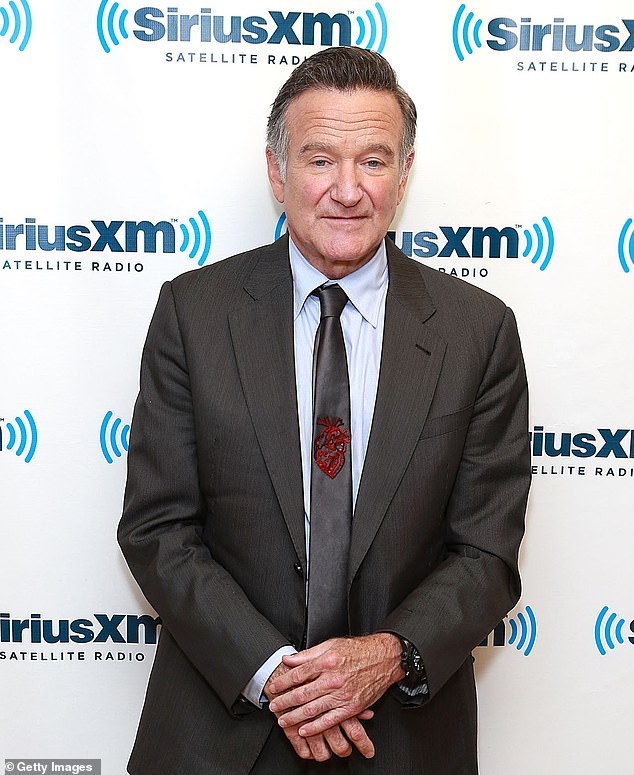 Generous: Robin Williams  quietly raised and donated $50,000 to a food bank in Seattle, Washington, before his tragic death in 2014He performed stand-up at the Showbox nightclub in Seattle and donated all the proceeds from the show to the food bank.

He performed stand-up at ta nightclub in Seattle and donated all the proceeds from the show to the food bank.

The Good Will Hunting actor would perform in Seattle again in 2007 and 2008, and give the proceeds to that food bank.

All in all, those proceeds would total close to $50K. 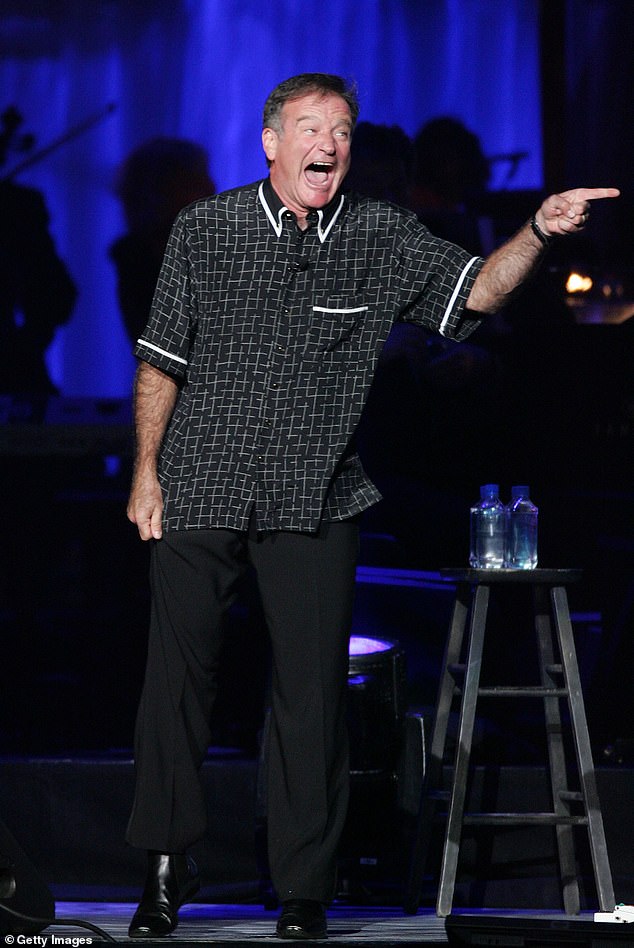 Giving back: The legendary comedian began supporting the West Seattle Food Bank in 2004, and over the years donated close to $50,000

‘I was just astounded. Robin Williams is the type of person who really understands there are a lot of people who are really, really struggling,’ said West Seattle Food Bank executive director Fran Yeatts at the time, according to Today.

And those that benefitted where also astounded by the humility of not wanting to have a bunch of fanfare over his acts of kindness.

Speaking to USA Today, just days after Williams died by suicide, Mike Cervino, a volunteer at the West Seattle Food Bank commented on the impact Williams left behind.

‘It’s threefold, actually. One because he was a great comedian. Two, because he donated here, and three because people really rely on that here,’ he said. 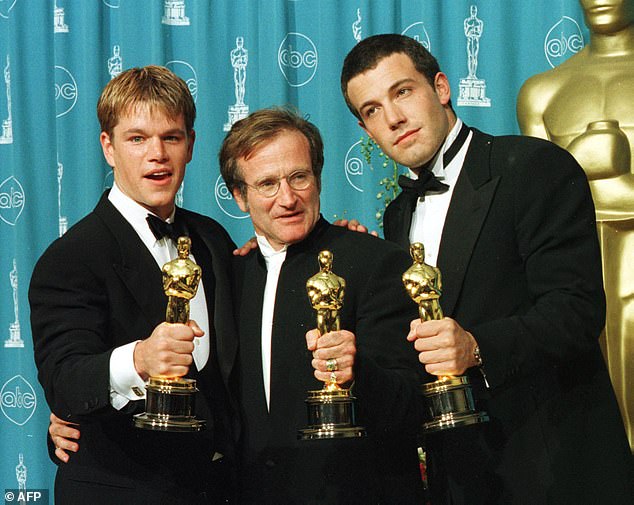 Williams won the Best Supporting Actor Oscar alongside Good Will Hunting screenwriters Matt Damon and Ben Affleck; they are all pictured with their awards in 1997

Willams was found dead inside his home in Paradise Cay, California on August 11, 2014.

The final autopsy report, released in November 2014, concluded that his death was a suicide resulting from ‘asphyxia due to hanging’.

The report also noted that Williams had been suffering from depression and anxiety, and that he also was living with Parkinson’s disease.