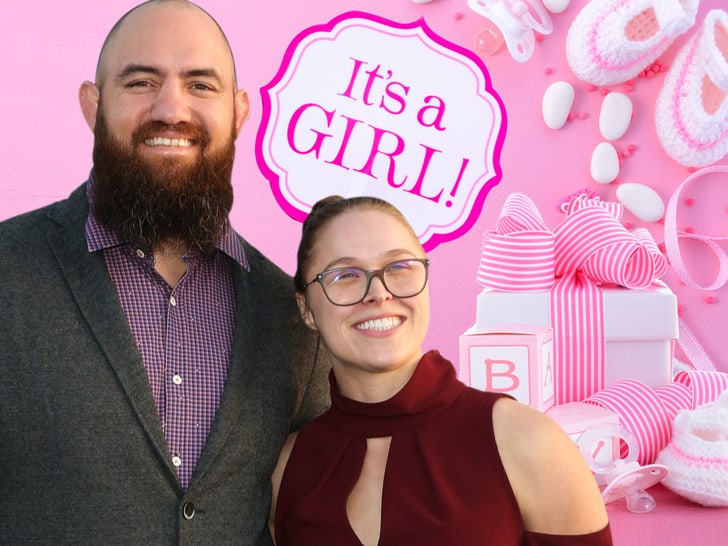 The badass couple first put out word they were expecting the “baddest baby on the planet” back in April … with a September 22 due date.

Of course, Rousey is a massive Pokémon nerd … so it was only fitting to channel the game when making the gender news public.

“Our gender reveal is finally here,” Rousey said on YouTube. “We didn’t want to do anything that would set hundreds of acres ablaze or thousands even.”

Remember, Ronda is one of the greatest MMA fighters of all time … and went on to have a wildly successful career with WWE until she left in 2019 to focus on starting a family.

So, will the baby girl follow in mom’s footsteps and bring the bantamweight belt back to the Rousey name?? Guess we’ll find out in 2041 or so.