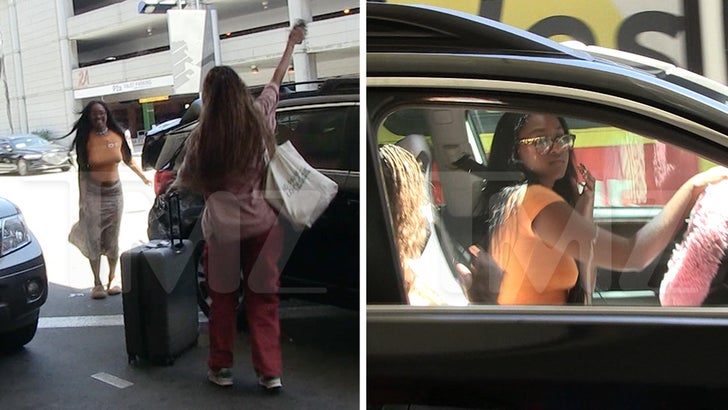 Barack and Michelle Obama‘s daughters are 2 peas in a pod now that they’re both in Hollywood — and we got a first-hand look at how close they are during an airport pickup.

We got both Malia and Sasha Obama at LAX, where little sis was picking up big sis. You can tell they were happy to see each other based on the reunion dance they busted out Wednesday afternoon as they came face-to-face.

It’s a pretty sweet/surreal moment we captured — Sasha even loaded up Malia’s luggage in the hatchback she was driving. 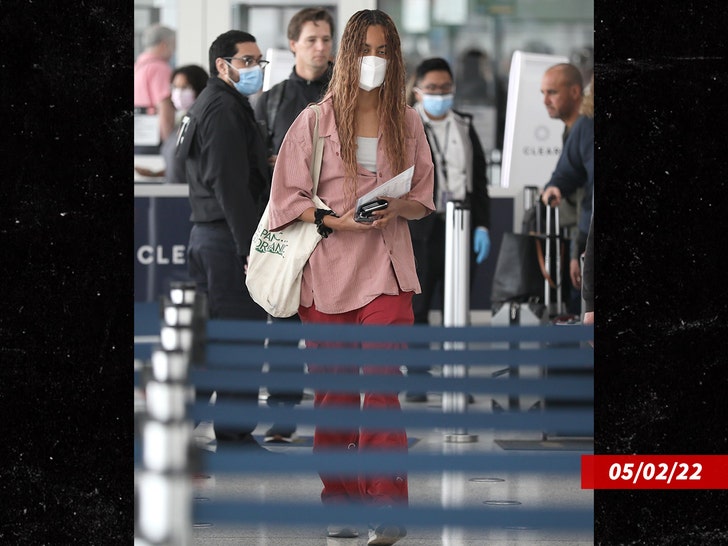 We don’t know how long it’s been since they last saw each other — they’re very excited — but, best we can tell, Malia’s been gone just over a week. She flew out of LAX, in the same ‘fit on May 2.

Of course, we tried firing off a few questions to the former First Kids — including whether they like Cali life more than D.C., but, apparently, that’s still classified info. 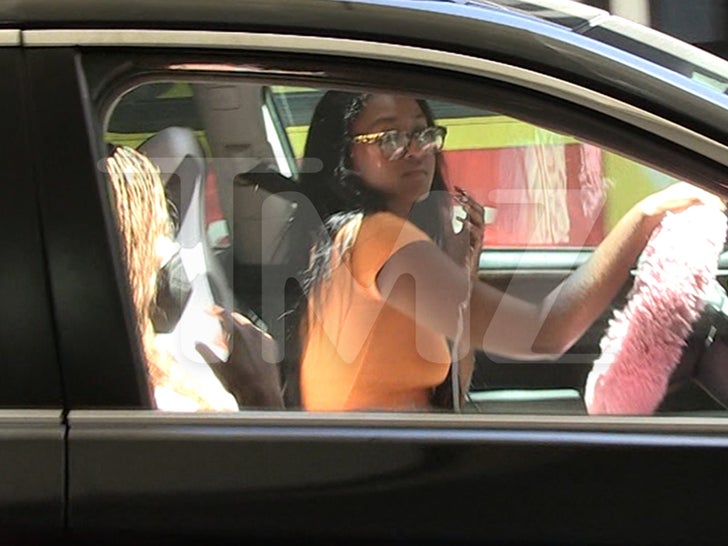 As you might have heard, Malia is a screenwriter for Donald Glover‘s new Amazon series — and her boss himself was singing her praises to us not too long ago — so she definitely seems to be putting down roots in La La Land.

BTW, Angelenos know fighting LAX traffic to pick up someone is a sign of true love — so, don’t ever question this sisterhood.

Their White House days are behind ’em, and they’re thriving out west now!