Shameless star Emma Kenney claims co-star Emmy Rossum made set life miserable and left her feeling ‘anxious’ in VERY candid interview: ‘If she had a bad day, she made it a bad day for everybody’

Shameless star Emma Kenney did not hold back when talking about her former costar Emmy Rossum.

The actress, 22, said on the newest episode of the Call Her Daddy podcast that Rossum, 35, made her ‘anxious’ when she was on set.

She also told host Alex Cooper that Emmy could turn her ‘bad day’ into everyone’s problem.

The Conners star even said the two had not ‘spoken in years’ after Rossum left the show two seasons before its finale in 2019. 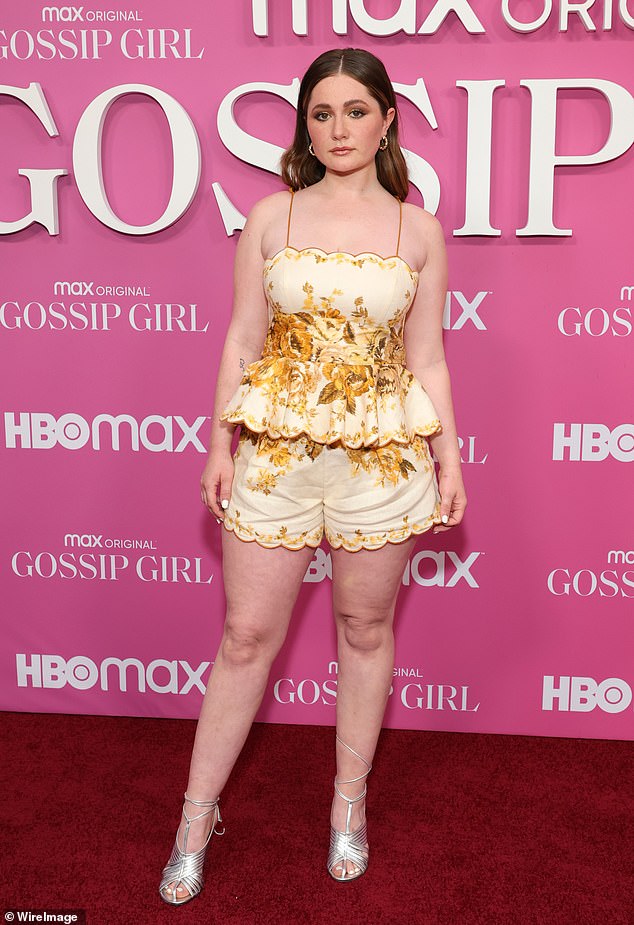 Toxic set: Shameless star Emma Kenney, 22, claimed costar Emmy Rossum, 35, made her ‘anxious’ when she was on set because she could turn her ‘bad day’ into everyone’s problem; seen in June in NYC

Although Shameless, which is based on the British TV series of the same name, features an ensemble cast, Rossum and William H Macy had the lead roles.

Rossum and Kenney were both with the series from the first season, but the Phantom Of The Opera star departed after season nine, while Kenney continued on for the show’s final two seasons.

Although Kenney said that the show’s set was initially ‘weird’ once her costar had left, she thought it ultimately gained a more ‘positive’ vibe without her.

According to her, Rossum’s negative moods could infect the rest of the cast and crew.

‘It was weird at first for sure but it also… the set became more of a positive place, I’m not gonna lie,’ she said. ‘I remember pre [Rossum] leaving, I’d go to set some days and I’d be very anxious about having a scene with her because if she had a bad day, she made it a bad day for everybody.’

A representative for Rossum didn’t respond to a request for comment. 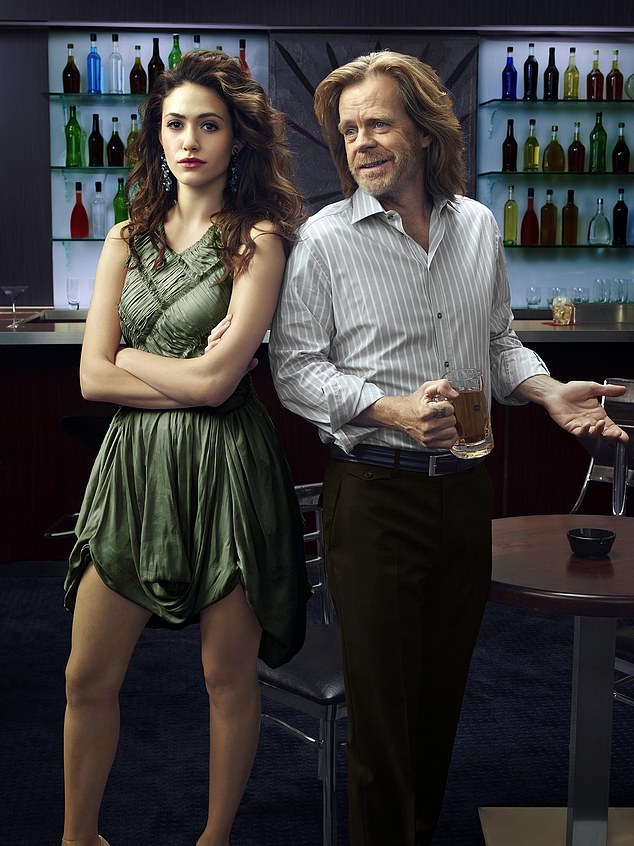 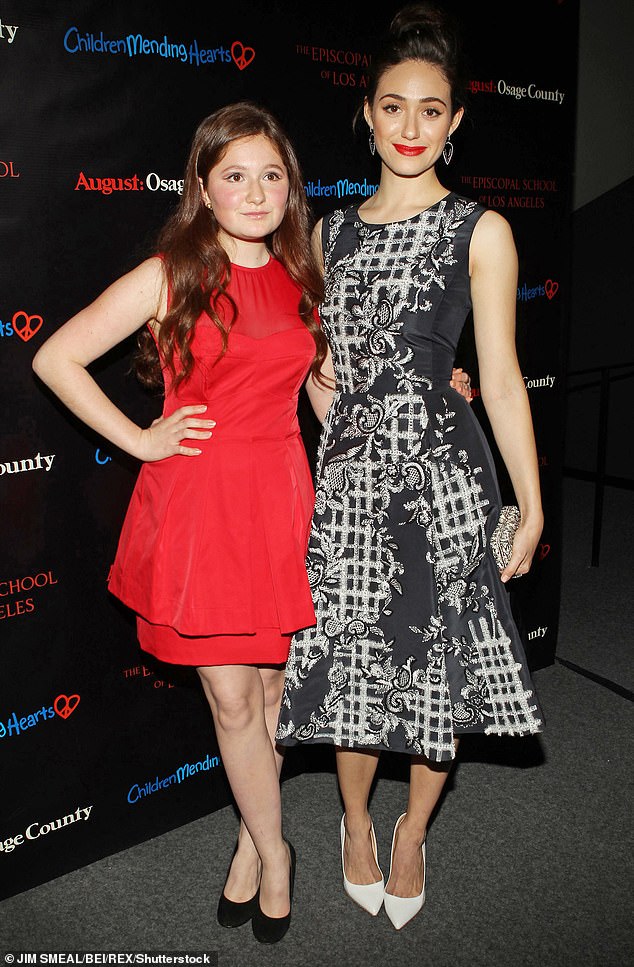 Breakdown in communication: Later, the TV star said she and Rossum didn’t have much in the way of relationship anymore and ‘haven’t spoken in years’; seen together in LA in 2013

Emma added that the two had what felt like a ‘sister relationship,’ though she said it was ‘in good and bad ways.’

She said Emmy would switch between acting like a ‘good influence’ and other times when she would give her ‘not the best advice.’

Later, the TV star said she and Rossum didn’t have much in the way of relationship anymore.

‘I have a lot of love for Emmy, I’ve known her for so long… we haven’t spoken in years, we’re not like… ya know,’ she explained.

‘But that’s okay. I have a lot of love for her, and I hope she finds her happiness,’ she continued. ‘I heard she had a baby and that’s beautiful and I’m sure she’s going to be a lovely mother… so yeah.’ 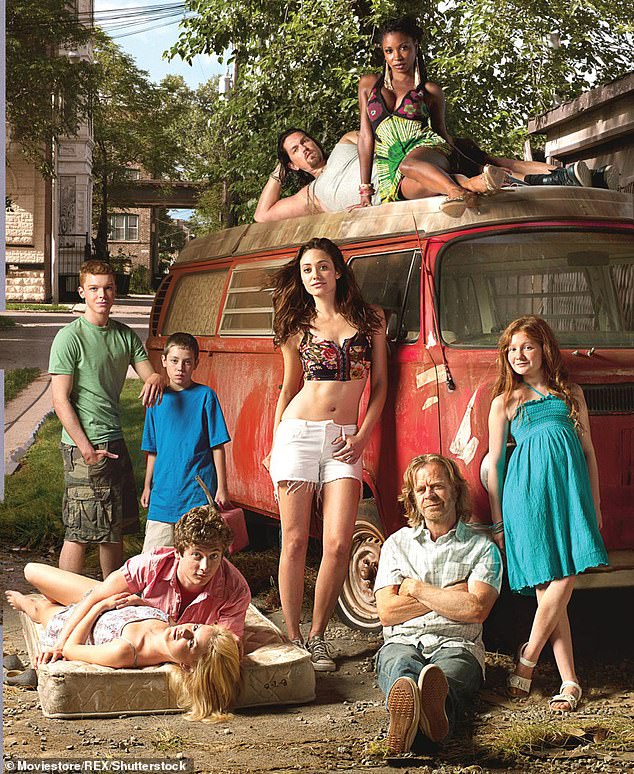 Emmy welcomed her daughter Samantha Esmail earlier this year with her husband Sam Esmail, the creator and director of USA’s Mr. Robot.

Elsewhere in the interview, Kenney complained that there was a sense of competition between her and Rossum, though she wasn’t sure if Rossum contributed to it or if others fueled the rivalry.

‘But I know I wasn’t creating it,’ she added.

The actress also complimented her costar Shanola Hampton with being like a ‘second mom’ to her on set when she was younger.

Kenney was open about her trip to rehab in 2018 for drug and alcohol abuse and said she was ‘grateful’ for the early wakeup call.

‘But now I’m an adult, and it’s like I could do whatever I want theoretically, but I choose to not because I’m not interested in it.’ 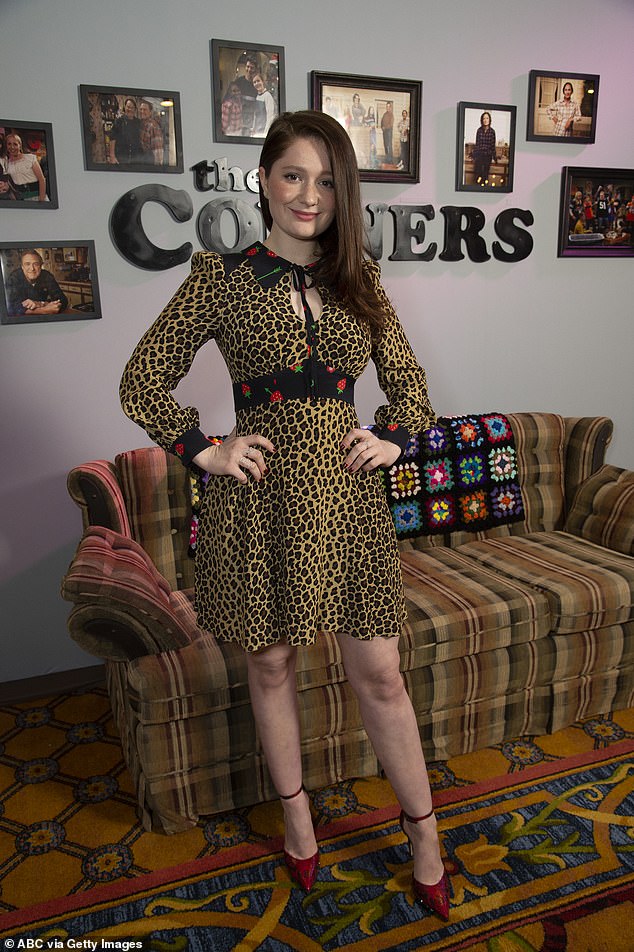 Moving on: Kenney currently stars as the daughter of Sara Gilbert’s character Darlene on the Roseanne continuation The Conners; seen in 2020 in Pasadena

She clarified that she still drank in moderation, but drugs were the main motivation for her rehab stint.

Even before the end of Shameless, Emma began starring on the Roseanne Revival, which was later retitled The Conners after star Roseanne Barr was fired for racist comments she made about former Obama administration senior advisor Valerie Jarrett.

Roseanne was killed off on the series while the remainder of the cast continued on.