Sheridan Smith has once again fuelled rumours she’s rekindled her romance with her actor ex Alex Lawler – and even that they are engaged.

The actress, 40, took to Instagram on Sunday to share a picture of herself cosying up to Alex as she rested her hand on his cheek and puckered her lips, captioning the image, ‘Life begins at 40. 40\40,’ along with a heart emoji.

And on her wedding finger, she flashed a sparkling ring! 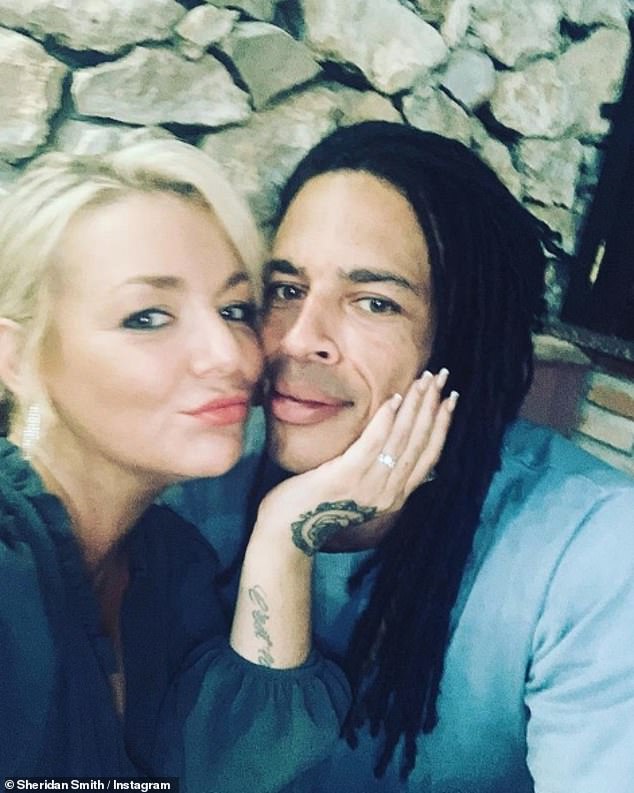 Loved-up? Sheridan Smith has once again fuelled rumours she’s rekindled her romance with her actor ex Alex Lawler – and even that they are engaged

The former Two Pints of Lager and a Packet of Crisps star ended her engagement to Jamie Horn – who she met via dating app Tinder – in July following a three year relationship.

But she appeared in good spirits in her latest social media snap as she and Alex enjoyed some quality time together.

Sheridan sparked speculation she’d reunited with Alex at the start of September – two decades after they last dated – when she shared a picture of herself with the screen star, whose acting credits include 2001 comedy Mike Bassett: England Manager and ITV football drama Dream Team.

Sharing a photo of herself alongside the Mancunian actor, she wrote: ‘So pleased this fitty I dated back in the day (20 years ago) is back in my life! Life works in mysterious ways…miss u Mr L.’ 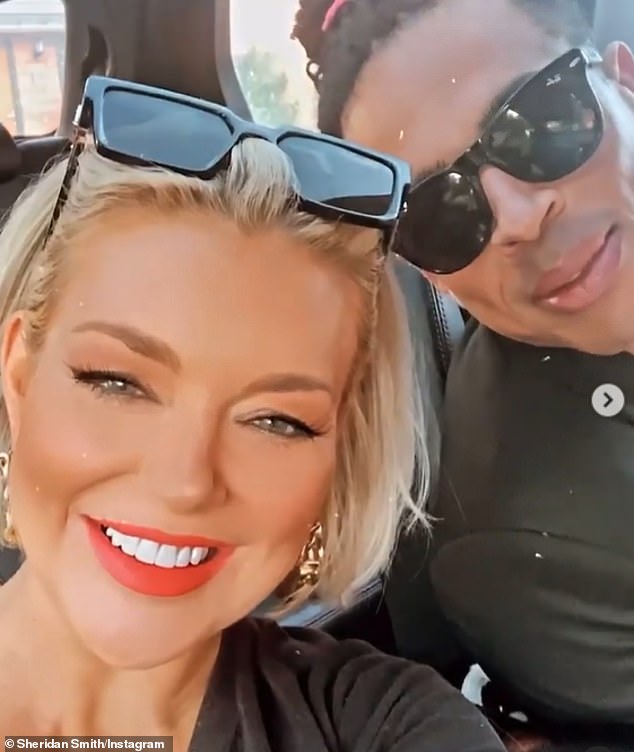 Sheridan also shared a brooding older head shot of Lawler, with her posts prompting a wave of positive comments from fans.

Responding to the post, one wrote: ‘The deepest of connections always last the longest of life’s journeys. So pleased you’re back in a good place.’

While a second added: ‘Your blessed as your heart is golden. Luv ya [sic].’ 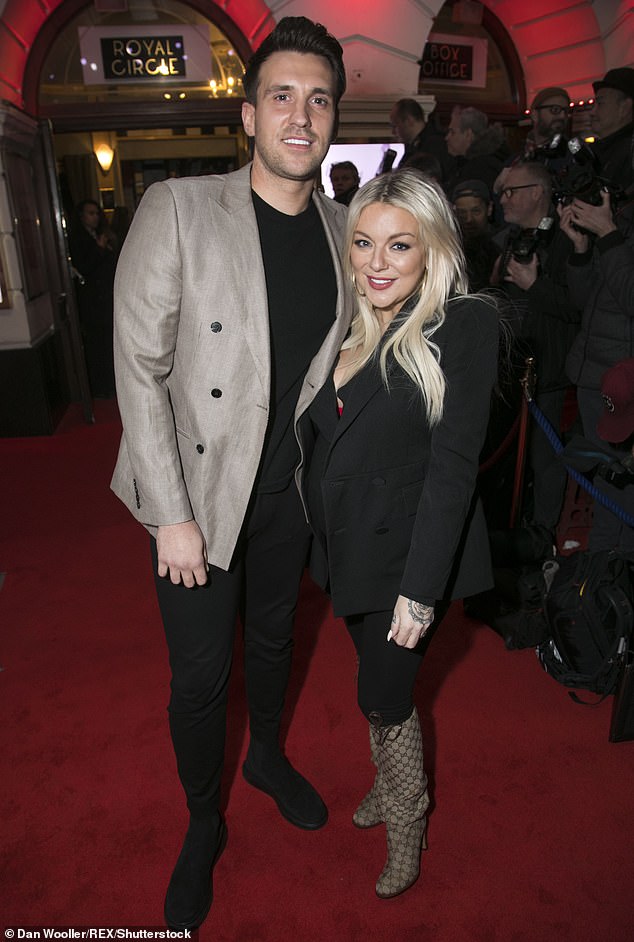 Moving on: The celebrated British star is understood to be single after ending her engagement to Jamie Horn – who she met via dating app Tinder – in July following a three year relationship 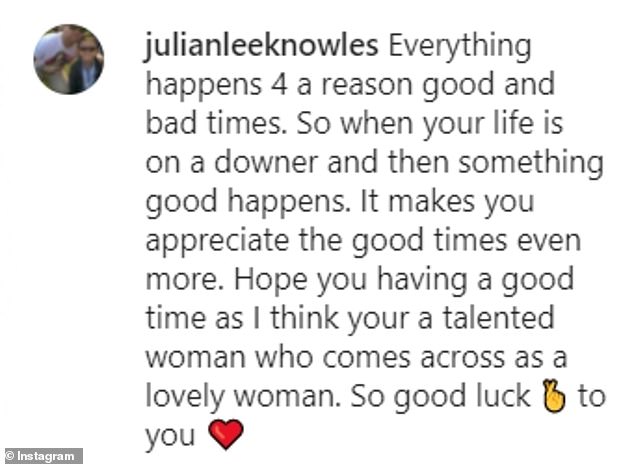 Delighted: The post prompted a wave of positive comments from her supportive fans

Elsewhere a third commented: ‘Everything happens 4 a reason good and bad times. So when your life is on a downer and then something good happens. It makes you appreciate the good times even more.

‘Hope you having a good time as I think your a talented woman who comes across as a lovely woman. So good luck to you.’

Sheridan confirmed her split from long-term partner Jamie little more than a year after they welcomed their son Billy together, the couple’s only child. 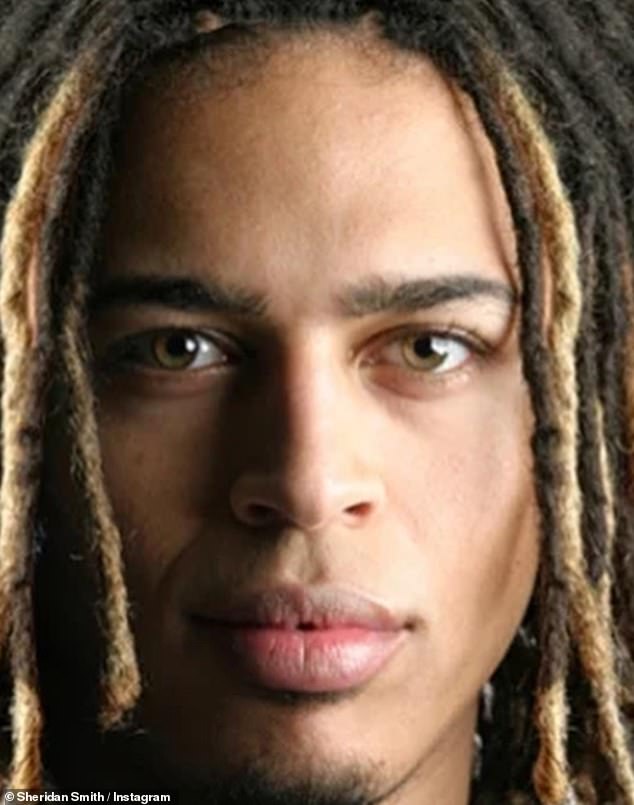 Both parties shared a statement addressing their break up to The Sun which read: ‘It is with great sadness that we have decided to have some time apart.’

‘We both remain completely committed to raising our beautiful boy Billy together. We ask that you respect our privacy during this difficult time. Thank you.’

A source told OK! at the time: ‘Sheridan is struggling to get through the split. She put him out there for everyone to see and she really thought he was The One.’ 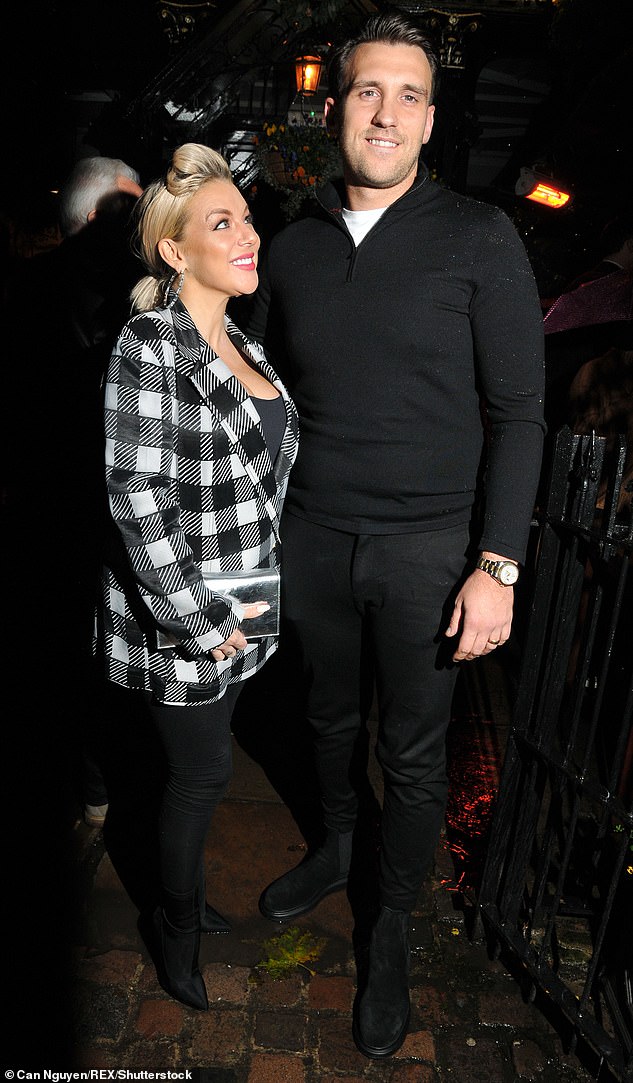 All over: Sheridan confirmed her split from long-term partner Jamie little more than a year after they welcomed their son Billy together, the couple’s only child

Jamie proposed to Sheridan in May 2018 and the couple were living together in a rented property in North London.

He later appeared onscreen alongside her in a one-off documentary, titled Sheridan Smith: Becoming Mum, filmed for ITV. It was released in 2020 and followed her pregnancy as a first time parent.