All is forgiven! Sir Cliff Richard will front festive TV special on BBC three years after suing the corporation in £2M court battle

Sir Cliff Richard has signed on to front a TV special with the BBC three years after he sued the corporation for breach of privacy.

Earlier this year, the singer, 82, admitted he was nearly too patriotic to take corporation to court over filming of the raid on his house.

Yet it seems all is well between Beeb and Sir Cliff as he’ll be appearing on BBC Two and iPlayer over the festive season for Cliff at Christmas – a one-off show where he’ll perform some of his Christmas classics, new songs and best loved hits.

The performer will also speak to Sara Cox at the iconic Abbey Road Studios about his 64 year career as one of the best-selling music artists of all time. 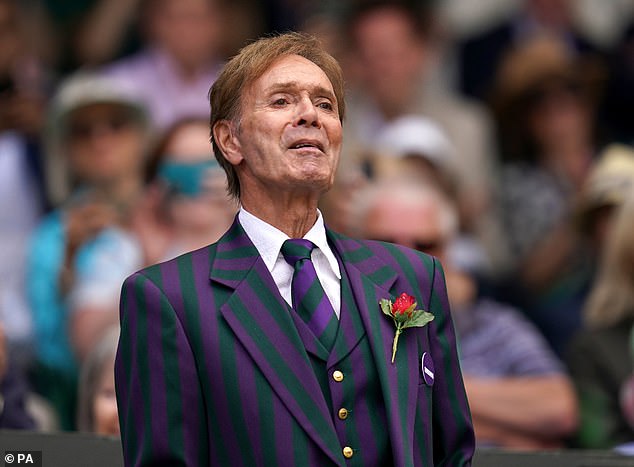 U-turn: Sir Cliff Richard has signed on to front a TV special with the BBC three years after he sued the corporation for breach of privacy

Speaking about the upcoming show, Sir Cliff said: ‘I remember, as though it was yesterday, the three series (each containing 13 shows) that I did for the BBC in the 70’s. I loved every moment of them!

‘Now I’m really looking forward to the Christmas show that they have asked me to present, with the aid of some friends, this December 2022.

‘My Christmas wish? That you will enjoy our show. Christmas greetings to you all.’

Kate Phillips, BBC’s Director Unscripted Content said: ‘We are enormously excited to welcome Sir Cliff Richard to the BBC this Christmas, with his inimitable voice and charm there’s no one better to get everyone into the Christmas spirit.’ 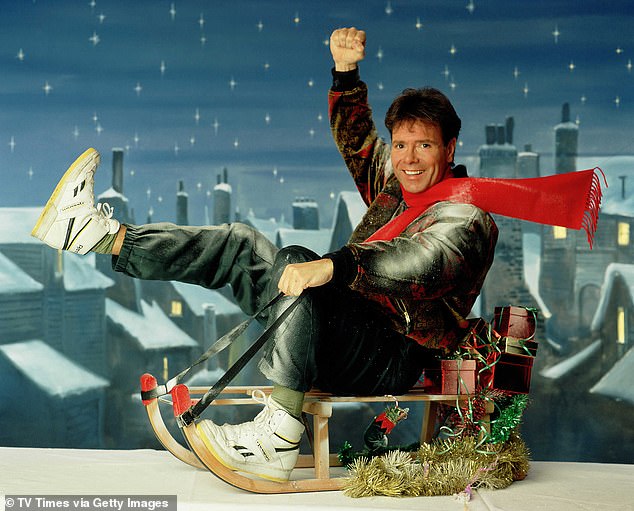 King of Christmas: Sir Cliff will appear on BBC Two and iPlayer over the festive season for Cliff at Christmas – a one-off show where he’ll perform some of his Christmas classics

Sir Cliff’s work with the BBC has been minimal since he sued the corporation, although he featured in BBC One’s Britain’s Favourite Carol in 2020.

He previously lambasted the ‘heartbreaking’ BBC News report in which a helicopter was deployed to record a police raid on his house in Berkshire in 2014.

Sir Cliff subsequently took action against both the BBC and South Yorkshire Police. The latter apologised and paid him damages.

The BBC issued an apology — but refused a pay-out, only for the case to be resoundingly settled in his favour with the Corporation ordered to pay him £210,000, as well as £850,000 of his legal costs.

After he decided to feature on a BBC show in 2020, a source told The Daily Mail’s Sebastian Shakespeare: ‘Cliff explained that he doesn’t hold grudges and that the only way in life is to move on and move forward. His view is that all is good again.’

Earlier this year, Sir Cliff admitted he was nearly too patriotic to sue the BBC after they filmed a police raid on his home as it was like ‘suing Britain’.

Despite feeling bad about suing the national broadcaster, the 81-year-old singer’s need to fight allegations he abused a boy in the 1980s won out.

‘I felt bad about it, I said to the lawyers, how can I sue the BBC? It’s like suing Britain,’ he says.

‘But I thought to myself, these people need to learn that I’m serious about this, this was a very serious, nasty, harmful thing said about me.’

He has also revealed he prayed each night for the truth to be known as he fought the claims of abuse.

Sir Cliff spoke about his two-year ordeal in documentary The Accused: National Treasures On Trial: ‘I prayed every night. You cannot stop thinking about it… how could someone [his accuser] do this?’ 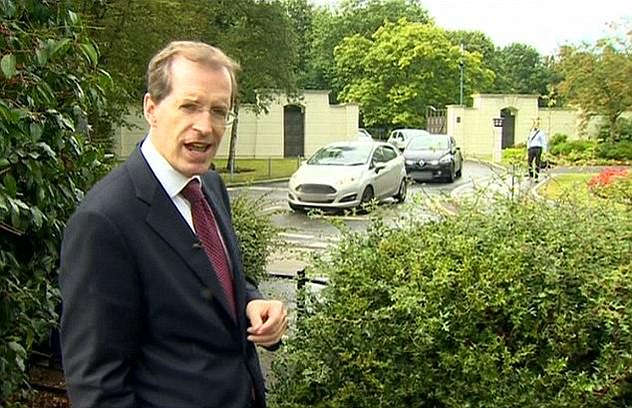 Raid: Earlier this year, the singer, 82, admitted he was nearly too patriotic to take corporation to court over filming of the raid on his house back in August 2014 (pictured: BBC coverage)