TV adventurer Ben Fogle’s wife, Marina, who teaches pregnant women how to prepare for motherhood, is making waves with her latest declaration on how youngsters should be raised.

The 43-year-old, who has two children with Fogle — Ludovic, 11, and Iona, ten — is urging parents to shout at their offspring to expose them to the healthy emotion of anger.

‘I have a real temper and I will occasionally totally lose it. I will kick something or throw something or break something or scream,’ she says. ‘I’ve definitely kicked the stair and made my toe bleed. 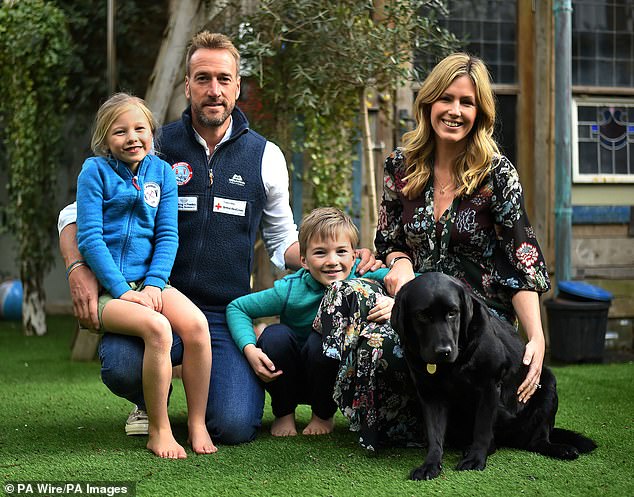 TV adventurer Ben Fogle’s wife, Marina, who teaches pregnant women how to prepare for motherhood, is making waves with her latest declaration on how youngsters should be raised. Pictured: Ben Fogle and his wife Marina, with their son Luda and daughter Iona and family dog Storm at their home in west London

‘My children frustrate me hugely, but sometimes you have to lose it with them and anger can be a real force for good.

‘I ask them to do the same thing every day: brush their teeth, put their uniforms on. It’s not new and still they’ll forget. They’ll forget to shut the door so any old burglar can walk into our house.

‘Occasionally, when I’ve lost my s***, that’s when the penny drops — months after telling them politely. They’ve got to understand that people get angry. They will encounter angriness in life.

‘You can’t always be the perfect parent: we need to mess up to show that people can mess up, and then they can apologise and go: “I shouldn’t have thrown that glass across the room.” ’

Speaking on the As Good As It Gets podcast, Marina, who lives in the Buckinghamshire village of Fawley with husband Ben, 47, and their children, adds: ‘I do think in this increasingly litigious and polite society, we’re all slightly vanilla, but actually it’s really important to say to children: “It’s OK to feel angry.”

‘There is evidence to show that very mild-mannered children — children who suppress those really important feelings of anger — have proper mental health problems.

‘As a parent, model anger: model when you lose it, then try to rationalise it and apologise for it.’

Having had her second Covid-19 vaccine, actress and swimwear designer Elizabeth Hurley has decided she won’t be partying with anti-vaxxers. ‘I think I am getting to that stage with people who have not been vaccinated,’ says the 55-year-old. ‘I don’t want to risk bringing germs to my mother and vulnerable people.’

Ella meal goes down a bombe 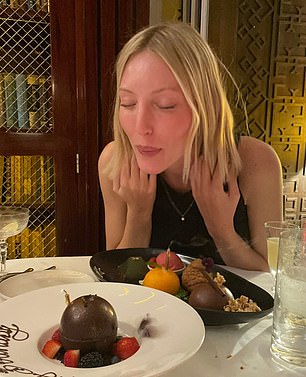 Burberry star Ella, whose parents are Keith’s artist son, Marlon, and ex-model Lucie de La Falaise, was treated to a lavish meal by the New York-based socialite, which culminated in a chocolate bombe dessert and a selection of sorbets.

‘The co-dependency is real,’ Princess Olympia, 24, says of her long-term friendship with Ella, who is signed to godmother Kate Moss’s modelling agency.

While most of us are looking forward to lockdown being fully lifted, broadcaster Mariella Frostup has reservations. She says: ‘I feared Covid had prompted a reverse butterfly in me, wriggling back into my chrysalis and hunkering down in my cocoon. I knew I was in trouble when I chatted to a friend on Zoom for 90 minutes over a cup of herbal tea. At the end, I thought: “Well, that was a good night out. I’m shattered!” ’ 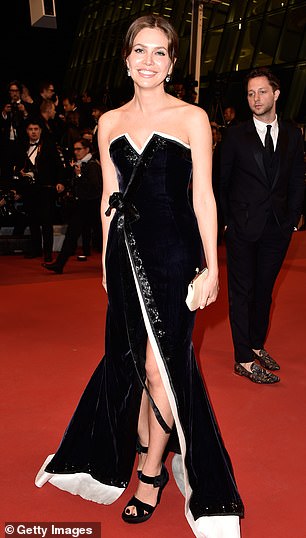 Socialite and art collector Dasha Zhukova is kick-starting her birthday celebrations ahead of hitting the big 4-0 next week.

For I can reveal the ex-wife of billionaire Roman Abramovich, owner of Chelsea football club, has given birth to her first child with Greek shipping heir Stavros Niarchos III.

The couple, who married in January 2020, have named their son Philip after Stavros’s father, who is worth £2 billion.

‘They’re delighted,’ says a friend. ‘After what has been a very difficult year, being so isolated from loved ones, this is the perfect way for them to start a new chapter.’

Russian-American Dasha also has a son, Aaron, and a daughter, Leah, with Abramovich, from whom she split in 2017.

Watch out if you see actor Rafe Spall behind the wheel! The star of the Oscar-winning film The Big Short claims he passed his driving test without taking a single lesson.

‘I’d met my wife [actress Elize du Toit], and she said: “You cannot be with me if you haven’t got a driving licence.” I’d always had girlfriends who had cars, so I’d drive about with a provisional licence,’ says Rafe, 38, son of actor Timothy.

‘I booked a test and thought: “I’m just going to see what happens.” I went on YouTube and saw how to do it. Then I somehow pulled it off.’

Vicar Of Dibley star Trevor Peacock, who played bumbling Jim Trott in the BBC comedy, has left more than £457,000 to his second wife following his death in March at the age of 89. The father-of-four, who lived in Somerset, left his estate to former actress Tilly Tremayne. As well as an actor, Peacock was a successful songwriter, whose most successful hit was Mrs Brown, You’ve Got A Lovely Daughter, which was a U.S. No 1 for Herman’s Hermits in 1965.

While my sitar gently weeps

Ravi Shankar’s musician daughter, Anoushka, is doing her bit to revive London’s live music scene by playing the sitar — the instrument championed by her late father — to a socially distanced audience at the Southbank Centre.

‘It meant the world to play for a live audience after 15 months. It all came together in the most beautiful way, and I was floating on wings of energy and magic,’ says the 39-year-old, half-sister of singer Norah Jones.

‘We are not fully out of the darkness, but to have the opportunity to be so fully immersed in the light, even for an evening, was a true blessing.’ 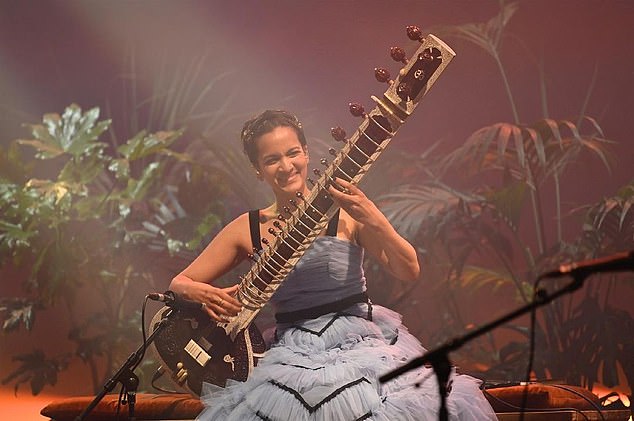 Ravi Shankar’s musician daughter, Anoushka, is doing her bit to revive London’s live music scene by playing the sitar — the instrument championed by her late father — to a socially distanced audience at the Southbank Centre